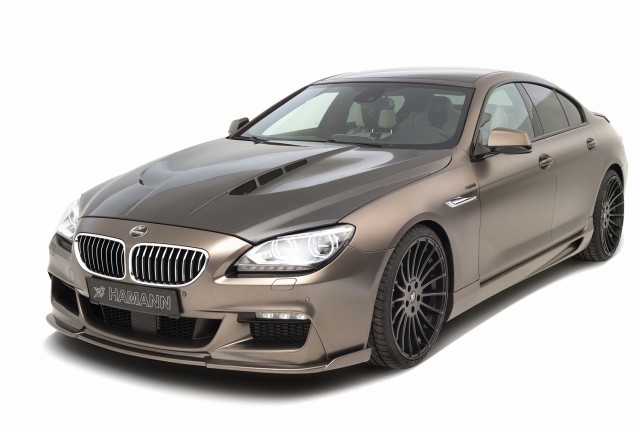 Back in December 2012, German tuner HAMANN presented their styling package for the BMW 6 Series Gran Coupe. Now they have extended that offering to include some individualization bits for the M version.

HAMANN’s components are adapted to the original M aerodynamic front and rear valances and include a competition front spoiler for increased downforce and a rear bumper insert with spacing for the four exhaust tail pipes. 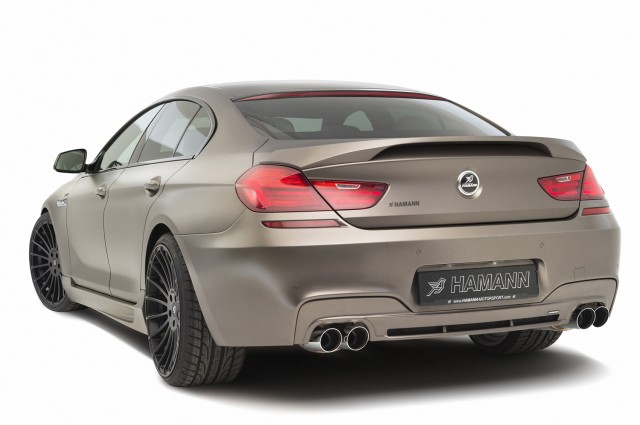 The rest of the 2013 Hamann BMW 6-Series Gran Coupe M packageis familiar from the standard styling kit. Included is a front bumper, rear spoiler, tailgate cover and side skirts. 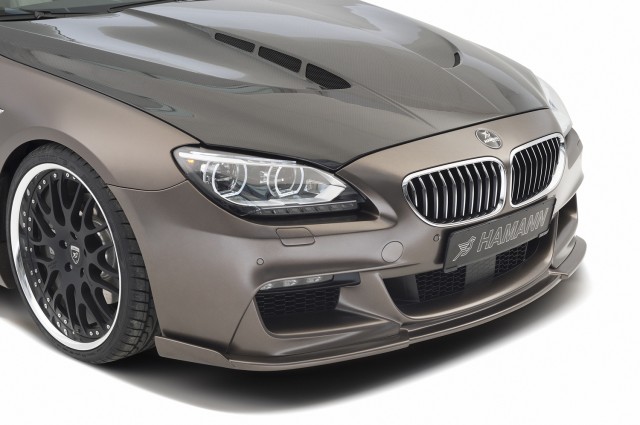 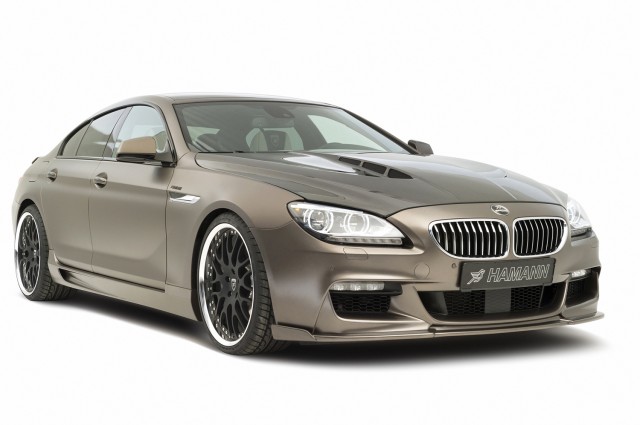 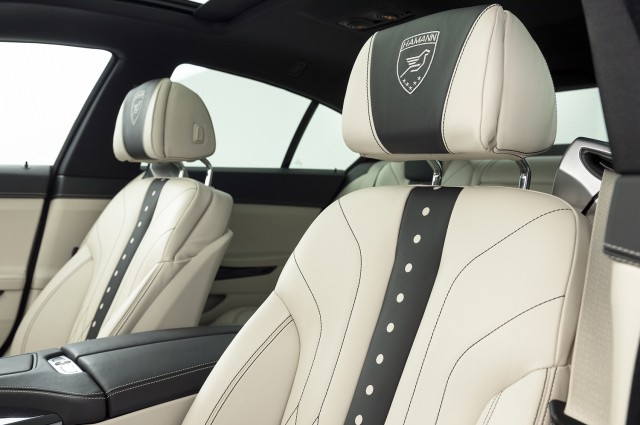