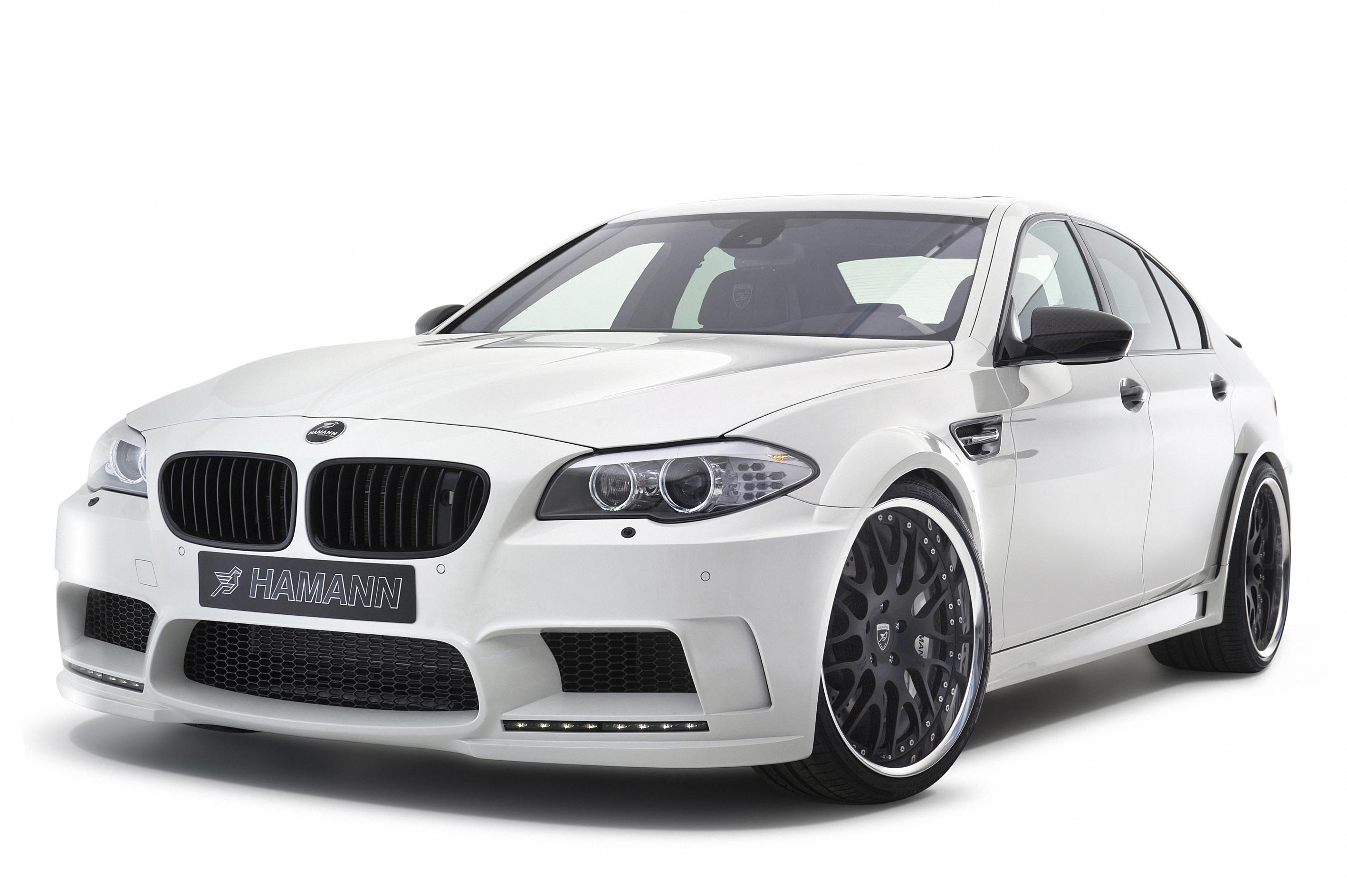 The new BMW M5 is wicked quick right out of the wrapper, what with that 560hp turbo V8, 7-speed dual-clutch transmission and all. But that doesn't mean there isn't room for improvement at the hands of tuners. In fact, we've already seen a few hopped up 2012 M5s debut.
Now Hamann is joining that club. It has been offering an appearance package for the regular F10-generation 5 Series sedans for over a year now, but for the M5, it's an even ballsier body kit. Well, a body kit and loads more power, among other things. 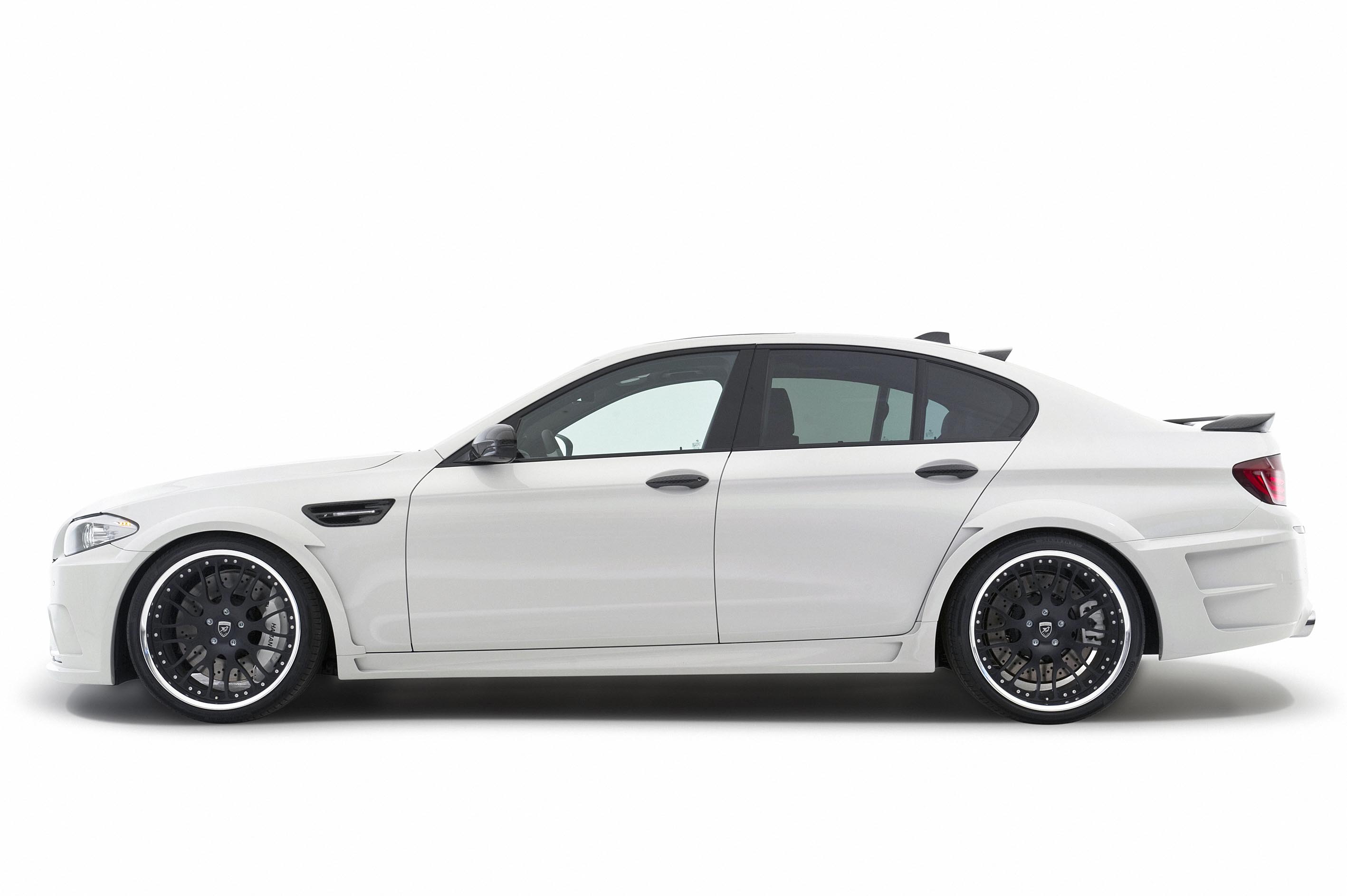 Let's start with the body kit. The new front and rear bumpers (the former featuring relocated LED running lights), front fenders, rocker panel extensions and rear fender flares bulk up the bodywork, allowing for the fitment of even fatter wheels and tires: The fronts are 9.5" wide, the rears are 12" wide, and all four wheels are 21" in diameter. There are also a spoiler atop the trunklid and above the back window, and the whole car is 1.2" closer to the ground thanks to a set of sport springs.
Inside, Hamann will re-cover the seats, door panels and other areas in a mixture of Alcantara and premium leathers. There's also a sport steering wheel, aluminum pedal covers, and available personalized embroidering on the floor mats. We have to wonder if Hamann allows enough characters for "Get in, sit down, shut up and hang on!" 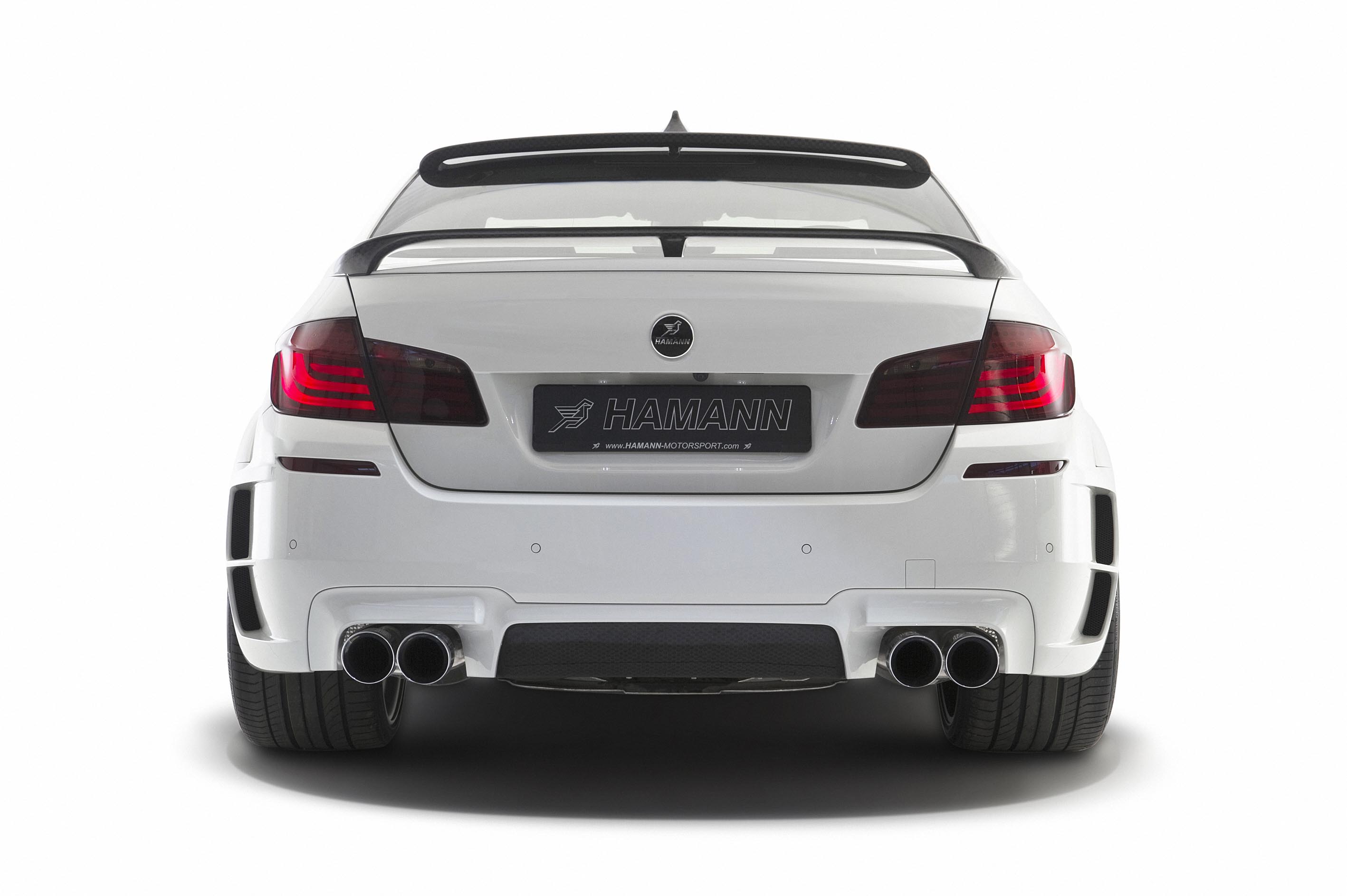 But if you ask us, all that cosmetic stuff takes a back seat to the underhood tweaks. While Hamann says the parts aren't ready just yet, preliminary testing of the upgrade suite – which includes a remapped ECU and high-flow muffler – suggests output of the 4.4L twin-turbo V8 should increase by a whopping 158hp and 162 lb.-ft of torque, bringing the totals to a ridiculous 718hp and 662 lb.-ft.
No word yet on what all these bits will cost, but we're guessing most of Hamann's target demographic will happily pay whatever the company charges to have a 700+ horsepower widebody F10 BMW M5. We know our sticker shock threshold would be high. 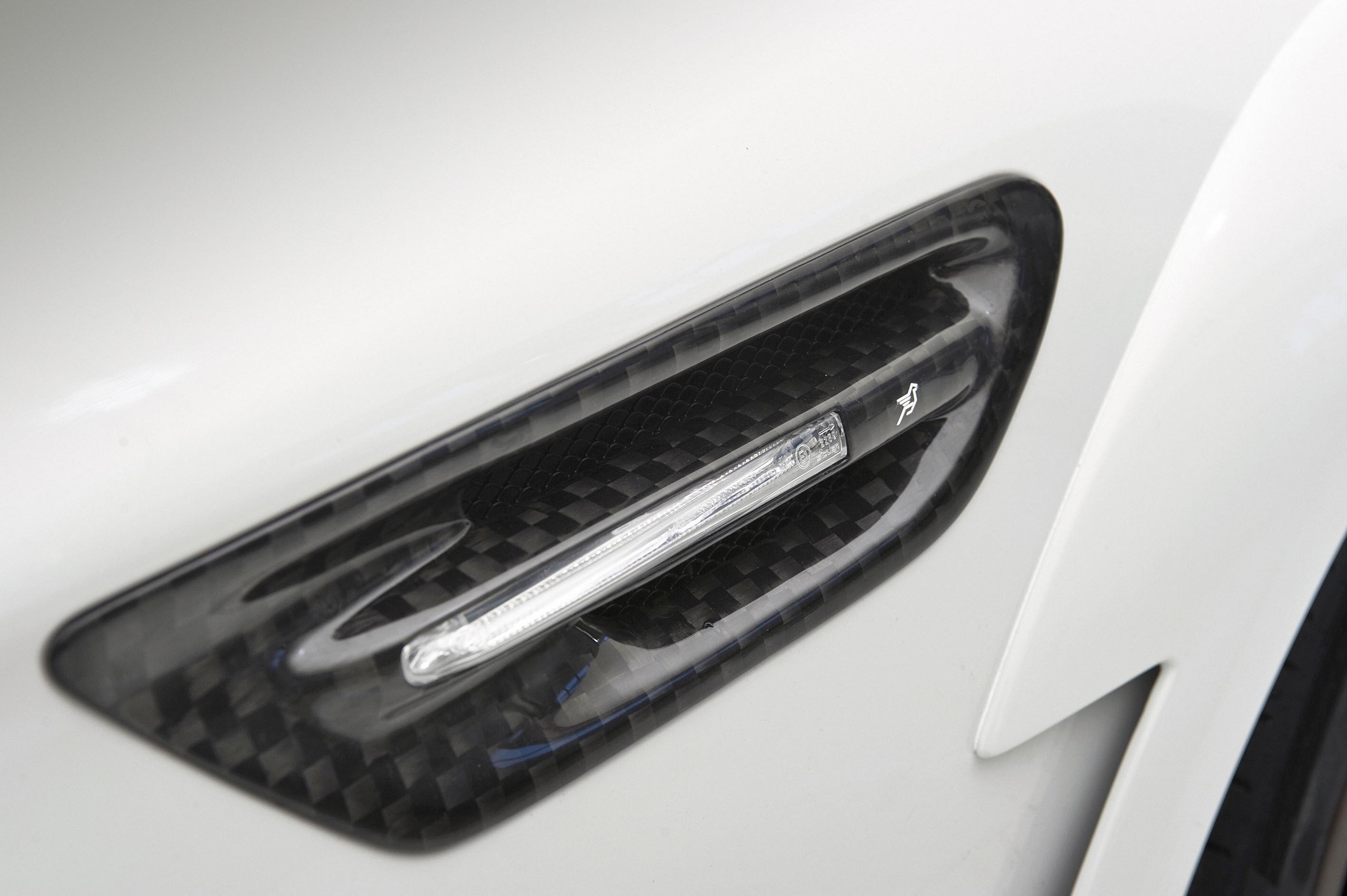