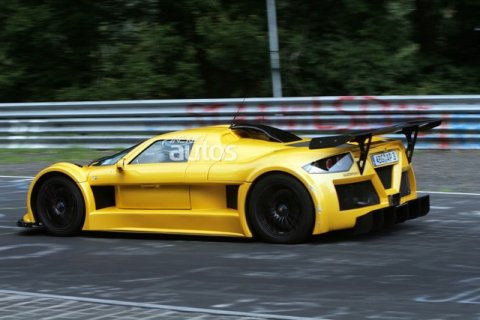 The Gumpert Apollo Speed Concept first burst on the scene at the 2009 Geneva Motor Show. Since then everything has been mums the word. However, a photographer recently caught this new supercar running around Nurburgring in racing guise. 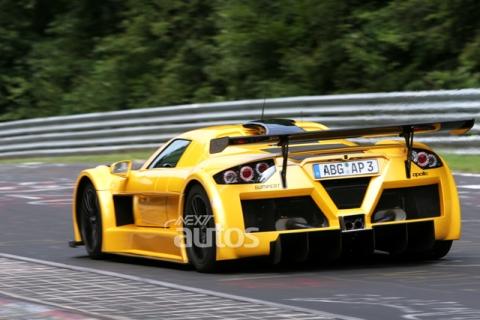 The Gumpert Apollo Speed is a purpose-built car for the track that also happens to be street legal. But beware of a ridiculous power-to-weight ratio that will make daily driving more of a chore than a thrill. The Speed is ultra lightweight, pushing the scales at only 2,600 pounds, and begs to be pushed hard on a road course or oval. 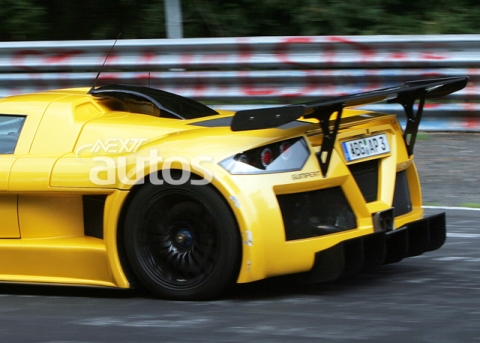 Compared to the Gumpert Apollo Speed that appeared at Geneva, this one has obviously been set-up specifically for Nurburgring as it sports a massive bolt-on rear wing and diffuser. The Concept we saw featured had neither of these when it was unveiled. 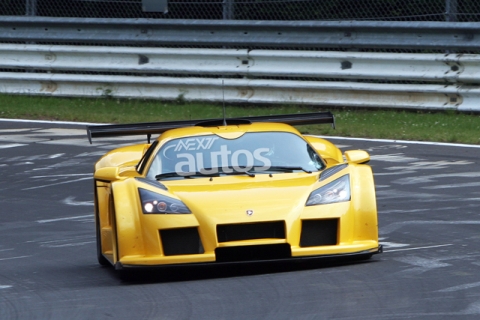 It’s also not known which of the 3 available twin-turbocharged V8 engines this version of the car is running. Regardless of whether it’s the 650 hp, 700 hp or 800 hp engine, expectations have already been set that this vehicle can be propelled from 0 to 62 mph in 3 seconds flat and hit a top speed of 224 mph. Hopefully more details will emerge in the coming weeks as the Gumpert Apollo Speed gets ready for production.