Gumpert Apollo Gets Even More Speed 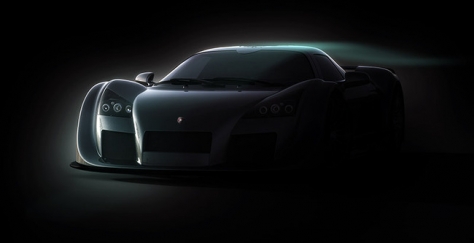 Roland Gumpert is a man on a mission. And that mission is extreme horsepower, exceptional handling and ridiculously aggressive aesthetics. The guys over at Top Gear can appreciate this passion as the Gumpert Apollo provided the fastest lap time of any car they have ever tested. The upcoming Gumpert Apollo Speed should be even more impressive. We’ll have to wait until the Geneva Motor Show in March for the official unveiling and be happy with the recently released teaser image. Expectations have been set that the car will be able to perform 0 to 62 in 3 seconds flat and be capable of a top speed of 224 mph.

Currently, the power in all of Gumpert’s vehicles comes from tuned versions of Audi’s 4.2-liter V8 twin-turbo engines. On the low end, relatively speaking, is the 650 horsepower version. However, also available are 700 and 800 horsepower power plants with as much as 663 lb-ft of torque. Since the car has a curb weight around 2600 lbs, the power to weight ratios are insane. Gumpert’s preference for Audi engines comes from the fact that his was a development engineer for the company back in the 70s and 80s.

So, what’s the Speed all about? Speed of course, dummy! The increase in power will come from a reengineered induction system with better air flow. An oil cooled six-speed gearbox will be controlled by paddle shifters. The Speed gets larger wheels, a new front splitter and an adjustable rear spoiler. A new brake system will also be employed with bigger discs and six-pistons.

The interior will probably follow Gumpert’s traditionally sparse appointments. These rocket ships typically have race-car style interiors. We do know that there will be a removable steering wheel and 4-pt safety harness. I would probably just detach it and bring it in with me everywhere I went just like those old slide-out radios back in the day. How cool (or lame) would that be?

But don’t fret, you will get some niceties such as air conditioning and a DVD player for when you need to pop in “Road of the Gypsy” like Doug Masters in Iron Eagle to “make up some time.” (Bad movie reference, I know.)

There is no cost yet available for the Gumpert Apollo Speed. Since the Apollo starts at $385,000 and goes north very quick, it will definitely be pricey. The teaser image looks like it was taken in a dark closet but to get a better idea for how sweet this car is check out the gallery below of the 2008 Gumpert Apollo. Stay tuned…