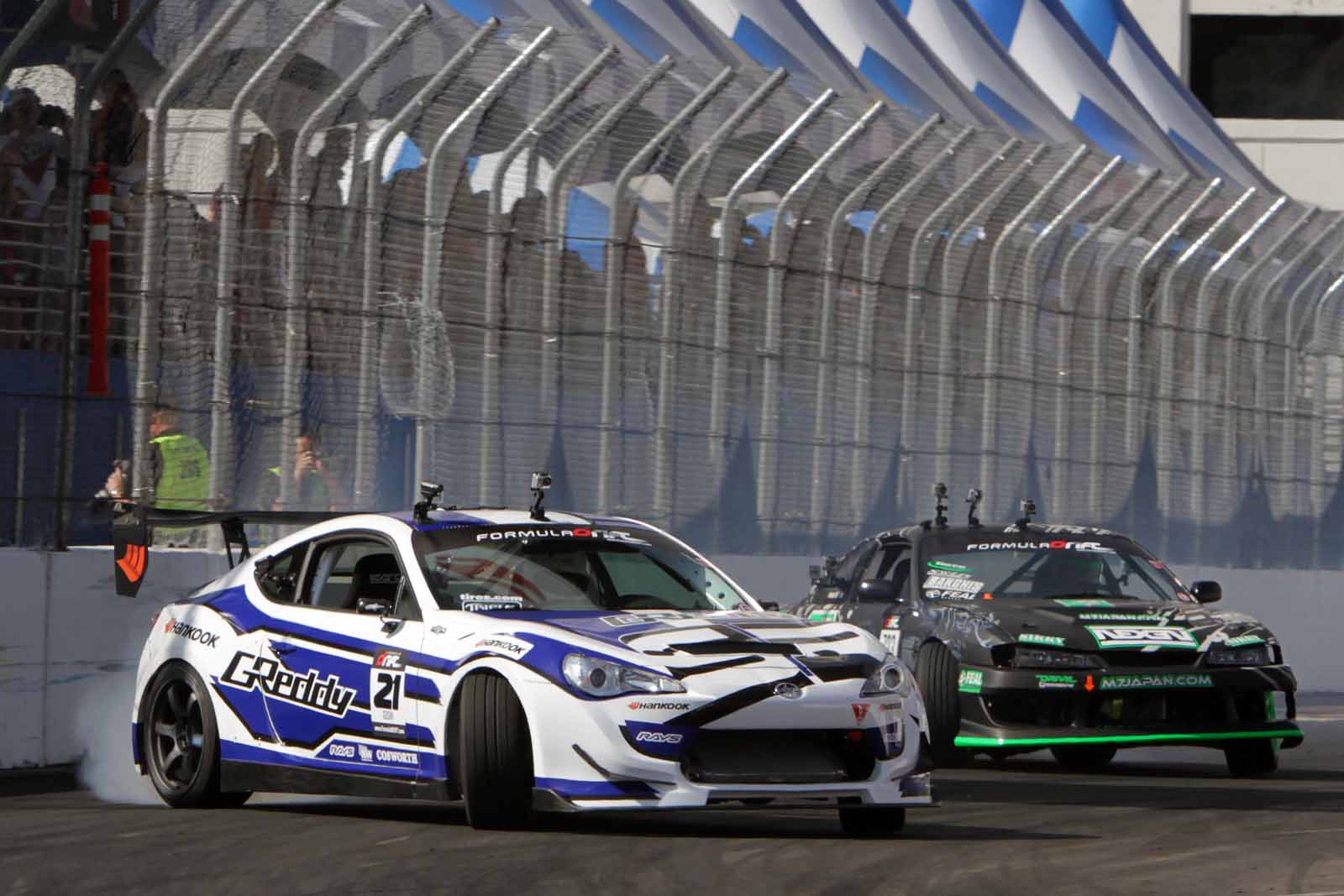 This past Saturday, the famed streets of Long Beach once again played host to the opening round of the Formula Drift season. It was at this event that the GReddy / Scion Racing FR-S made its highly anticipated debut, driven by veteran driver Ken Gushi. And although the car may look like the street version of the ScionFR-S, what’s underneath is of course very different. Even though the car was introduce at the Detroit AutoShow in January – the majority of the build actually took place after the car came from the show. Click past the break to see a bit more of just how much the team was able to do in just a few short months. 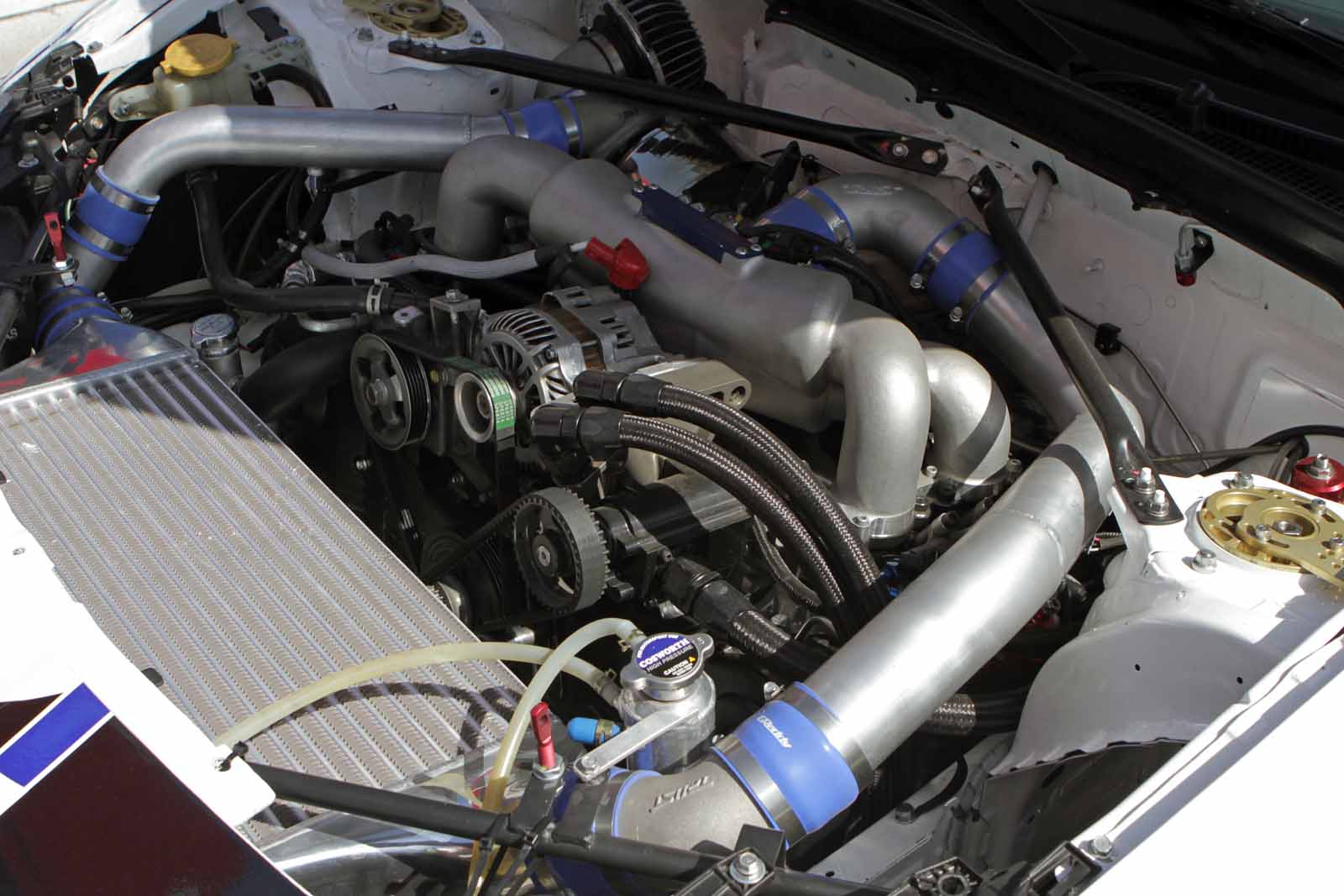 As many of you know, a 200HP 4-Cylinder Boxer engine developed by Subaru will power the street version of the FR-S. Powered by a Cosworth CS600 engine, the GReddy FR-S puts out about 3 times the horsepower of the car you and I can buy from the local Scion dealer. Total output is 600HP and about 500 ft/lbs. of torque. One of the key components helping to reach those numbers is a GReddy TD06SH-25G turbocharger. 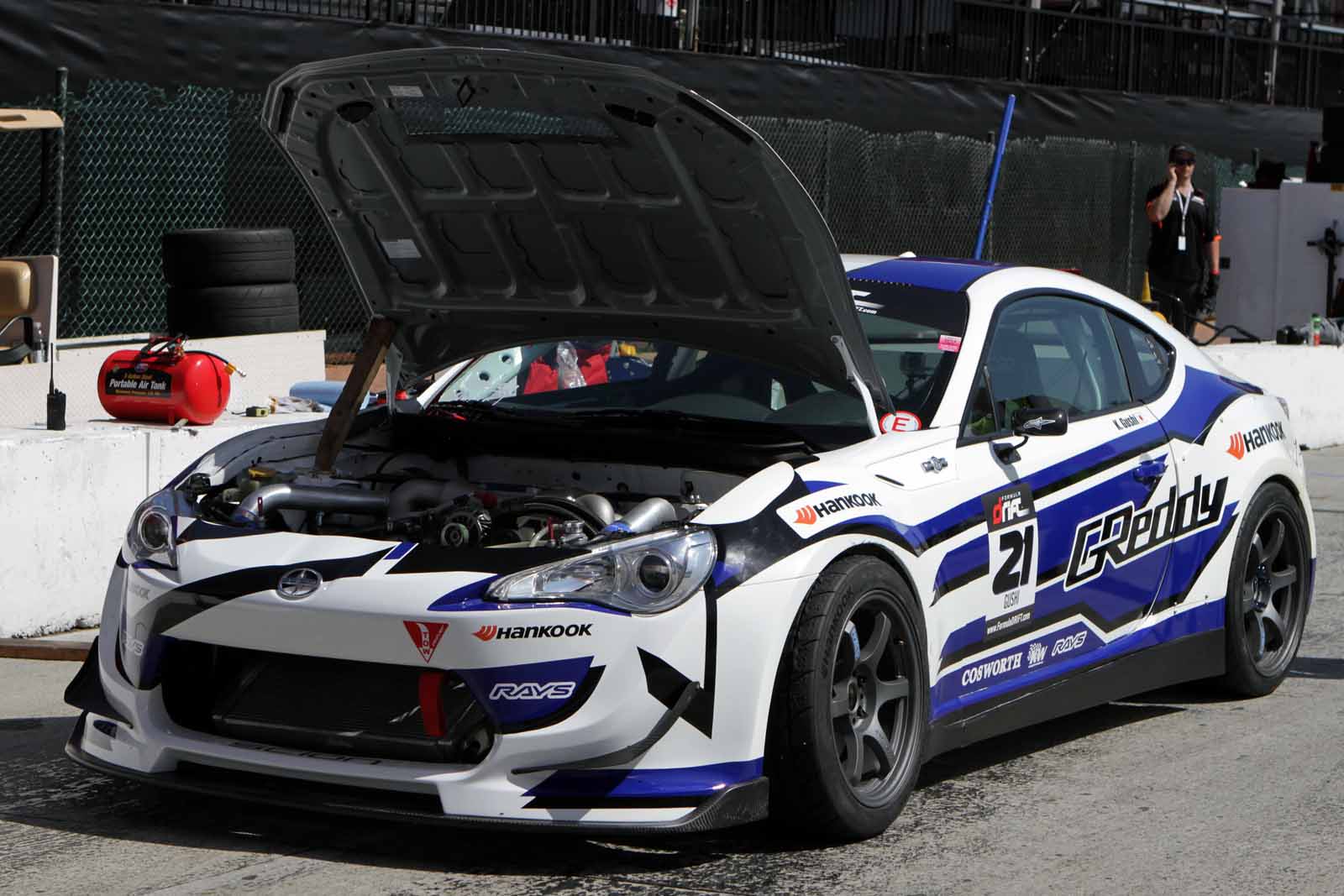 The GReddy FR-S features a 4 speed transmission developed by G-Force, which also supplies many NASCAR and NHRA teams. Cooling is provided by 2.5” thick radiator, and a GReddy Spec R intercooler. The brake setup was custom made for this car, using a combination of Brembo and GReddy components. And as one of the most important components of a drift car, tires are supplied by Hankook (Venus R-S3). 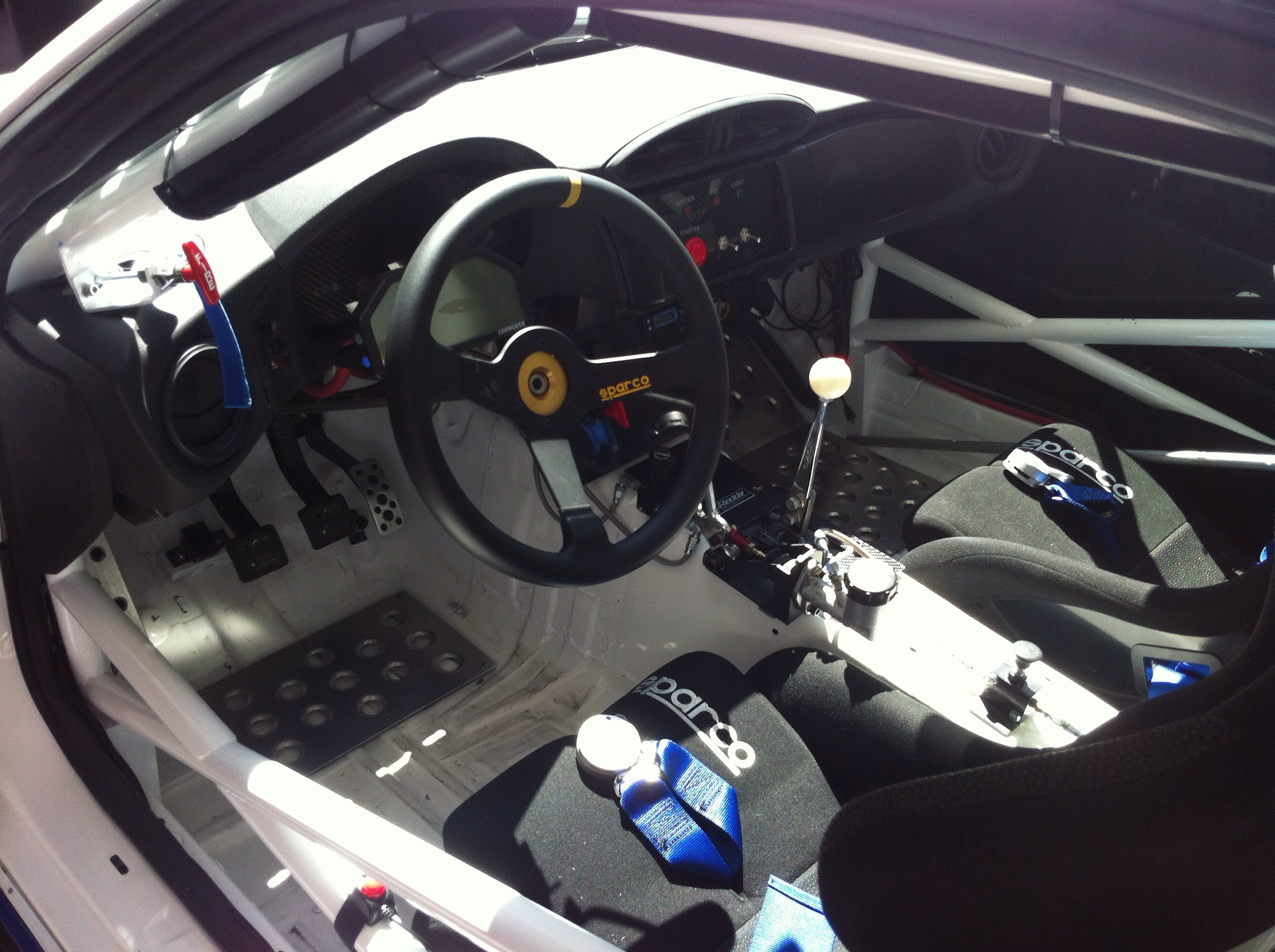 Inside, the GReddy FR-S features a Cosworth ECPro dash, which can display information from the ECPro ECU that is also used in this car. Both seats and steering wheel are provided by Sparco. In the end, Ken Gushi finished the event in 9th place with 62 points, after losing out to last year’s FD Champion Dai Yoshihara. Not too bad for a car that was completed in just about 3 months.

We can’t wait to see how much the car will improve as the FD season progresses. There is no doubt that it will be one of this year’s top contenders! Stay tuned for Round 2 of the Formula Drift season, which takes place May 11 and 12 at the famous Road Atlanta course in Braselton, GA. Until then, check out our gallery for the GReddyScion Racing FR-S below!