The annals of automotive history are sprinkled with vehicles that were truly awful all-around. But in some cases, cars that are otherwise decent (if not actually good) have been saddled with wretched engines. Of course, a lot of bad cars owe much of their suck-itude to their powerplants.

The bottom line is there have been some truly terrible automotive engines foisted upon the populous over the years. We’ve decided to take a look back at some of these misfit motors, how they came to be, see what makes them tick (or cough, sputter, gnash, grind, clang…), and measure their historical impact. But most of all, we want this series to serve as a compendium of warnings for future generations of powertrain engineers. Think of them as our idea of public service announcements. Now make the jump to learn about our first (dis)honoree, the Oldsmobile 350 diesel. 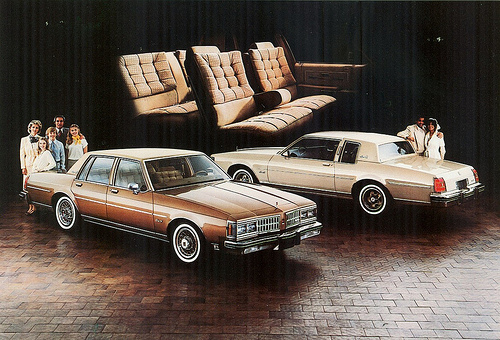 In the wake of the first OPEC Oil Embargo of 1973 and ’74 (and in anticipation of government fuel economy regulations), the American automakers scrambled to make their fleets more efficient to be better prepared for another supply reduction. GM, thanks to having five still fairly independent passenger car divisions at the time, was able to take a variety of approaches to the gas-saving conundrum. Presumably, Oldsmobile saw the following Mercedes-Benz had developed with its four- and five-cylinder diesel powered cars, and decided to develop its own compression-ignition powerplant.

However, in the interest of time and appeasing the General’s increasingly influential beancounters, the Rocket Brand didn’t go with a clean-sheet design. Instead, the new engine (which was introduced for model year 1978) would be based on the marque’s gasoline-burning 350 cubic inch (5.7L) V8, making it the first production diesel V8 offered in passenger cars. (The engine would eventually be used by each of GM’s five domestic car divisions, as well as a brief tenure in light-duty Chevrolet and GMC pickups and SUVs.) 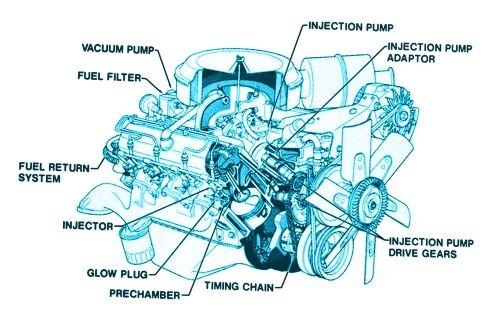 Note how we said “based on” the gas 350. Contrary to (very) popular belief, the 350 diesel (known internally as the LF9) was not a gas engine modified just enough to run on diesel. Other than sharing the likes of bore and stroke measurements, cylinder head, transmission bellhousing and exhaust manifold bolt patterns and many key exterior dimensions, the diesel engine block (easily spotted by a “D” cast into each side) was a radically different animal. It was cast from iron with a high nickel content. The main bearing journal diameters were opened up to 3” and housed a nodular cast iron crankshaft. Attached to that crank were shorter connecting rods with full-floating piston pins. And the cylinder heads had pre-combustion chambers as well as holes for both the fuel injectors and the glo plugs (which heated the pre chambers to help the engine start on cold days).

As you can see, even though the engine shared some key attributes with its spark-fired sister to provide ease of assembly and some interchangeability of ancillary components, it was hardly a slapdash affair. So what went wrong? Well the main thing was the cylinder head bolts. Oldsmobile used “torque to yield” bolts that are designed to stretch when tightened, thereby increasing the clamping force (Further reading here if you want to get your nerd on.); this allowed the diesel to use the same number of bolts (10-per-head) as the gas version. And they worked pretty well…for a while. Eventually, not even TTY bolts could cope with the stresses of sky-high 22.5:1 compression ratio or deal with overheating, causing the heads to lift up and leading to gasket failure. Most dealer repair shops reused the bolts when making the repair, not knowing that recycling TTY bolts would lead to the same failure in short order. 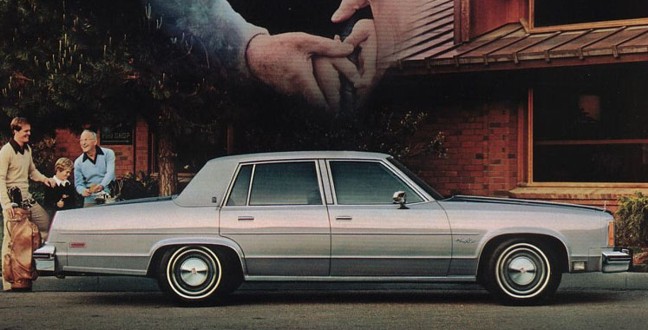 The fuel system presented another set of bugaboos. For starters, the injection pump was driven off the camshaft. While this was a fairly common practice with mechanical pumps, as the engine’s timing chain stretched over time, the injection of the fuel became more and more out of sync with the opening and closing of the valves and the movement of the pistons. The other big issue was the water separator or, more accurately, the total lack thereof. Any water that was in the fuel when you pumped it into your tank, no matter how trace the amount, made its way through the fuel lines, injection pump and the injectors themselves, causing corrosion. Owners who poured in drygas (used to get water out of gas car fuel systems) exacerbated the problem by decaying the flex ring governors inside the injection pump.

When all was said and done, it was an uneducated public and dealer body that caused many of the engine’s woes, but the fact that engine lent itself so easily to operator and mechanic error cannot be ignored. The fact that it was loud, smoky and not that powerful (Mercedes-Benz’s 3.0L turbocharged inline-5 diesel, which also debuted in ’78, made the same 120hp) didn’t help its cause either. Many owners who didn’t dump their cars had them fitted with gas engines. It is, however, worth mentioning that the engine was significantly revised (identifiable by “DX” cast into the block) for 1981, but the damage was already done (and there still wasn’t a water separator). 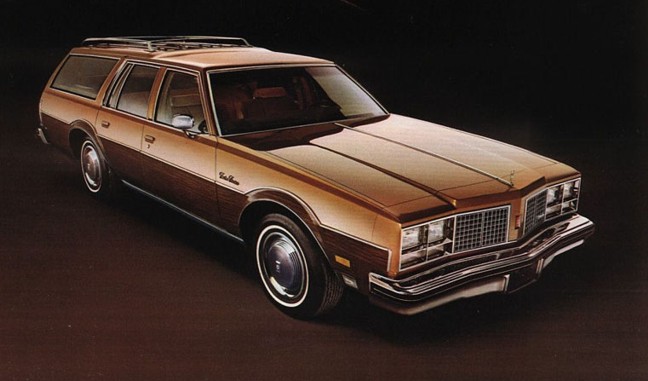 But the knock on effect for the rest of the industry was even bigger. While price volatility relative to gasoline and increasingly draconian emissions standards are hardly helpful, one of the big reasons for the lack of mainstream acceptance of diesel-powered cars in this country are lingering memories of those chugging, rattling, cylinder-head-popping lumps of iron. And that’s just sad because, as German nameplates like Volkswagen, Mercedes-Benz and BMW are currently showing, modern diesels are everything the Olds 350 diesel wasn’t. Damaging diesel’s public image that badly is all the reason we need to name the Oldsmobile 350 diesel…a Great Moment in Crappy Engines.

As an added bonus, check out this educational video produced by Oldsmobile in 1980, but be sure to turn down your speakers or headphones before hitting “play,” as the years haven’t been kind to the audio track.