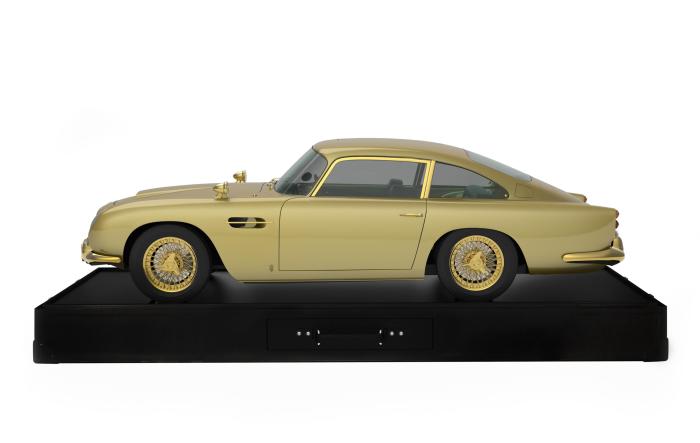 The James Bond movie franchise has had the market on bitchin’ fictional secret agent cars cornered for decades, but when it comes to time to rank 007’s rides, the Q-customized Aston Martin DB5 that debuted in 1964’sGoldfinger absolutely belongs at Number 1. Any listmaker who fails to place it there can expect a close encounter of the Oddjob’s top hat kind. And to celebrate the golden anniversary of Goldfinger, Eon Productions (the company responsible for all but two of the 25 James Bond movies that have been made) commissioned an incredible 24-karat-gold-plated model of the iconic, gadget-packed Aston Martin that comes complete with remote control features from the movie car like retractable machine guns (non-functional, of course), retractable bulletproof shield, and rotating license plates. This amazing collectible (which is signed by legendary Bond film production designer Sir Ken Adam, seen with the model in the middle photo below) will go up for auction on September 17th, and it’s expected to fetch nearly $65,000. A princely sum for a model car but, hey, You Only Live Twice… 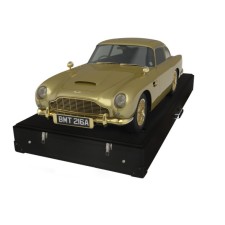 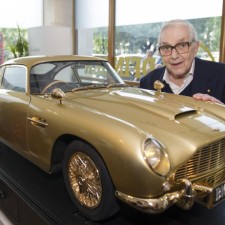 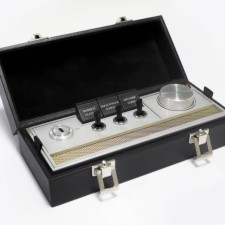