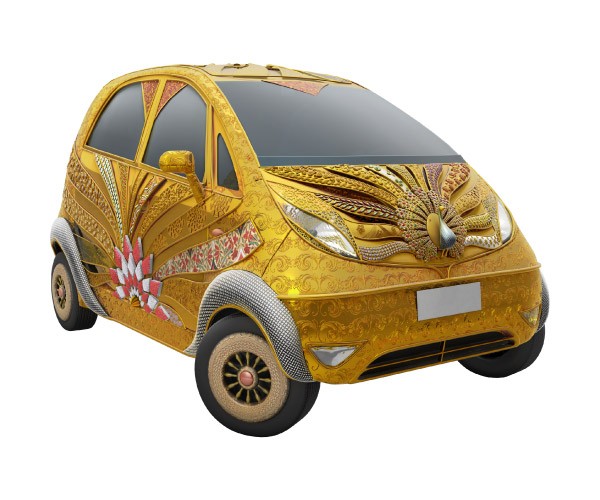 Automotive history is chock full of cheap and simple cars designed to put the masses on wheels and, hopefully, make their makers masses of money. From the Ford Model T to the Volkswagen Beetle and the original Mini to the Fiat Topolino, building cars that an overwhelming majority of the population can afford has proven to be a winning formula. And the latest car to bottle and sell that formula is the Tata Nano.

But there’s much more to Ratan Tata’s empire than the tiny, rear-engine runabout. He also owns Jaguar and Land Rover, and that’s just on the car side. His family of companies also counts Titan Industries as a member. Titan Industries, it turns out, is one of the world’s biggest watchmakers, and one of its subsidiaries, Tanishq, is India’s premier fine jewelry manufacturer. No surprise, then, that Titan was the company selected to bling-out the Nano seen here. 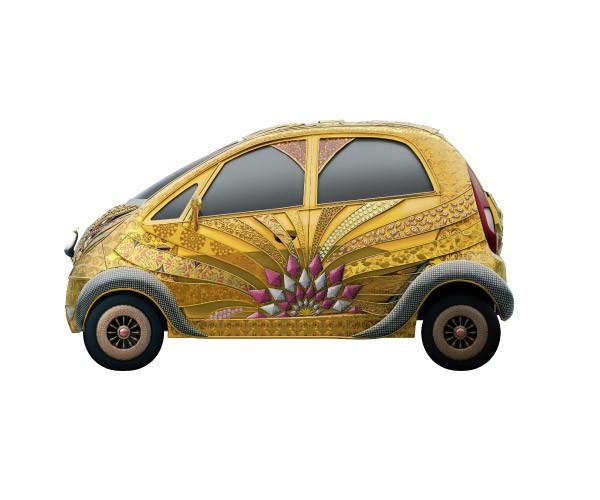 Officially known as the Nano Goldplus (Goldplus being a new jewelry line from Titan Industries) and being created mainly to celebrate 5,000 years of Indian jewelry, the super flashy design in these renderings garnered the most votes of the 13 submissions received from all over the Subcontinent. Unofficially, though, the gilded subcompact being built at a Titan facility in Bangalore is no doubt intended to jump start interest in the Nano, which saw its sales collapse to just 509 units last month. Ouchy. 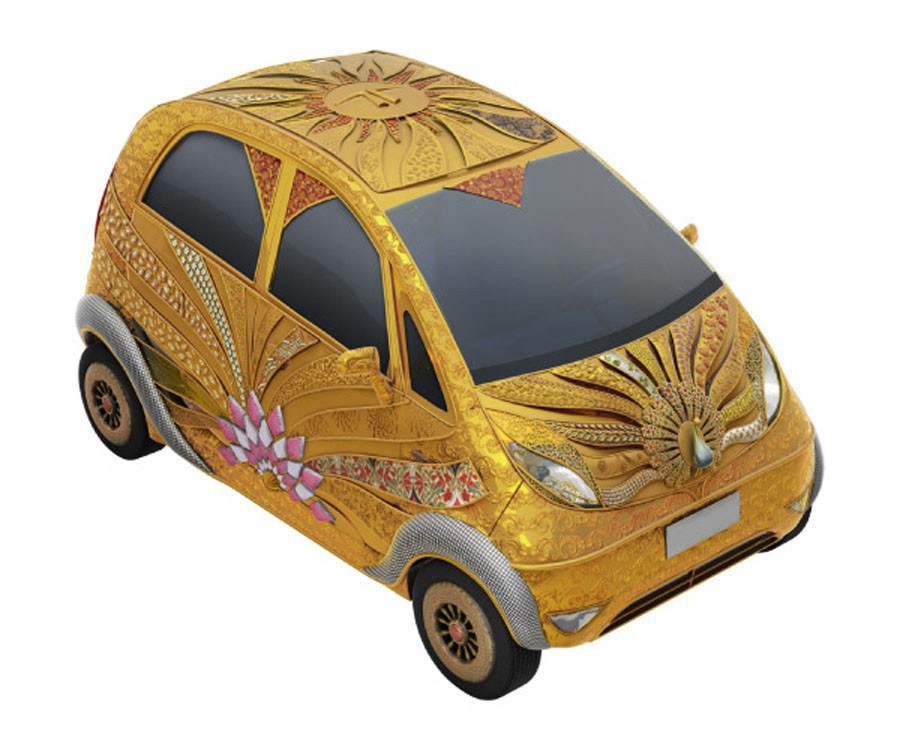 While we applaud the Tata Group’s efforts at leveraging its various holdings to create something special, we can’t help but question the desirability of the final product. While any car or truck covered in gold and gemstones would qualify as over-the-top, making the car in question the cheapest new one on the planet (roughly $2,500 without options) makes for a rather strange – if not jarring – juxtaposition. Imagine Target adding Versace and Hugo Boss to its brand repertoire, or Applebee’s putting caviar and whiskey made during the Truman Administration on the menu and you’d bear the brunt of a similar cognitive dissonance attack. In any case, the main objective of the Nano Goldplus is to get attention. Mission accomplished.