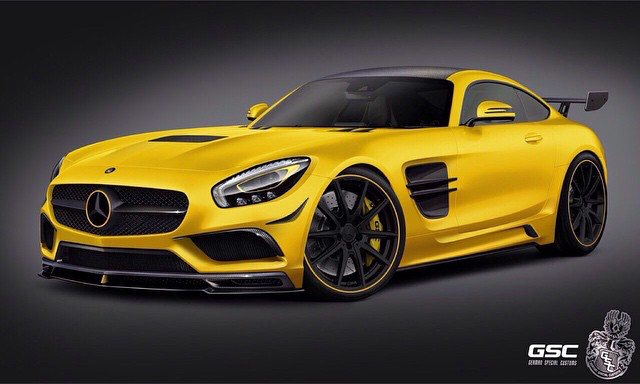 The Mercedes-Benz SLS AMG seemed to be one of the most popular supercars under the sun with tuners, so it should come as no surprise that Affalterbach’s follow-up exotic, the Mercedes-AMG GT, is garnering plenty of attention from the aftermarket as well. One company that has taken a real shine to the new 911-nemesis is German Special Customs, who have released two renderings of a ballsy new bodykit it is working on for an upcoming release. 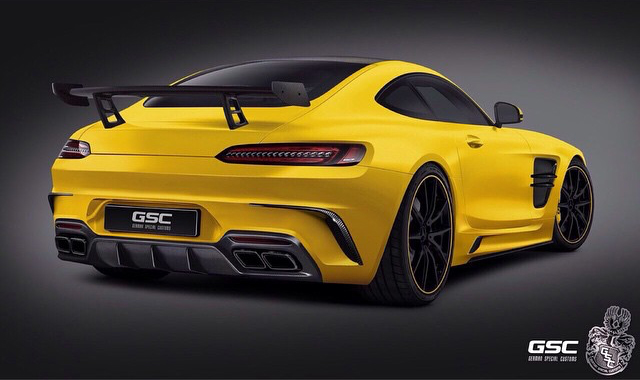 The revised hood, front and rear fascia, front fenders and side skirts all conjure up memories of the SLS AMG Black Series, while the mostly-yellow paint scheme depicted here drives that point home. The sizable rear wing is more GT racecar than Black Series Benz, but on the whole, we can’t really find anything objectionable. Let’s hope German Special Customs has the genuine article ready to show sooner rather than later.