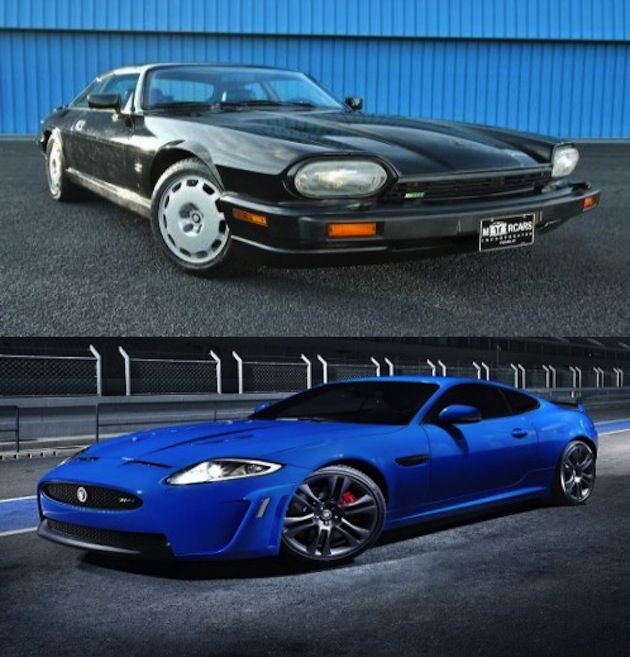 When most car geeks hear “Jaguar” and “sports car” in the same sentence, the immortal E-Type (or XK-E as it was known Stateside) is the most likely machine to pop into their heads. They might also think of the exotic XJ220, the company’s first postwar series of sports cars (the XK120/140/150), or any of the prewar S.S. models. But anything post-E-Type? They’re usually dismissed as heavy, softly sprung grand tourers.

But that’s not necessarily true, especially now with the arrival of the 2012 XKR-S. But this angrier alloy animal isn’t the first caliente version of one of Conventry’s GTs. In the early ‘90s, Jag offered a limited edition hardcore(-ish) version of the long-serving XJS (known as the XJ-S prior to 1993) dubbed the XJR-S. Is it any match for the brand’s new killer kitten? Let’s break it down.

Performance: The XJR-S was armed with an exclusive 6.0L version of Jaguar’s single-overhead-cam V12 that was developed by Tom Walkinshaw Racing, which ran most of Jaguar’s factory racing programs in the ‘80s and ‘90s. It produced 313hp in U.S. trim, and set that muscle rearward through a GM-supplied TH400 3-speed automatic transmission that itself had some performance upgrades not found in the units installed in lesser V12 Jags. The U.S.-spec XJR-S ran from 0-60 mph in about 7 seconds en route to a top speed north of 160 mph. The XKR-S features an extra-high-output version of Jaguar/Land Rover’s supercharged 5.0L double-overhead-cam V8. It makes 550hp and is teamed with a 6-speed automatic, helping it hit 60 mph in a claimed 4.2 seconds on its way to a 186 mph top end.

Styling: The original Jaguar XJ-S was penned by E-Type designer and genius aerodynamicist Malcolm Sayer shortly before his death in 1970, five years before the car hit British showrooms. While the looks aren’t for everybody (particularly the coupe’s colossal flying buttresses on either side of the back window), they’re definitely distinct and purportedly do work well in the wind tunnel. The XJR-S added a distinctive body kit with lower front and rear aprons and side skirts as well as a trunk-mounted wing and quad exhaust tips. The XKR-S takes the XK’s E-Type-inspired lines and adds unique front and rear fascias, a vented hood, revised skirts, and a rear wing.

Advantage: Draw (The XJR-S may be visually loud, but maybe not compared to a loud-hued XKR-S.) 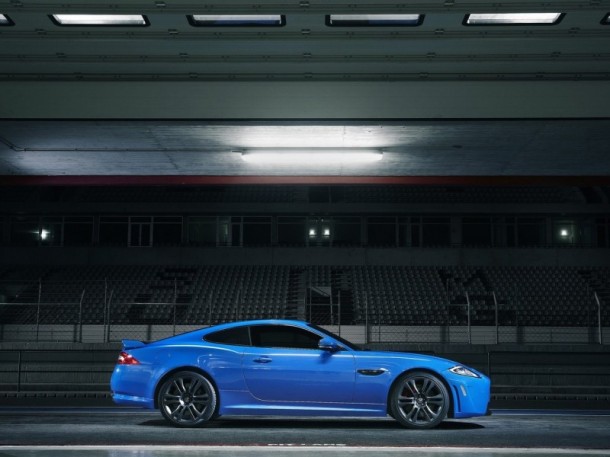 Pedigree: Although the XJR-S was introduced in Europe in 1988, it didn’t arrive in the U.S. until 1993, which would prove to be the model’s final year. Discounting a quartet of press demonstrators, only 100 examples (50 coupes and 50 convertibles) were imported. Barring some unforeseen catastrophe, production of the XKR-S will be considerably less limited and will continue for multiple years.

If you like owning a really rare car, love having a dozen cylinders at your disposal and/or want to score major cool points at a Jaguar or British car show, locate an XJR-S. Otherwise, save your shillings for an XKR-S. That way you’ll get something far faster, far more refined and (arguably) easier on the eyes. Of course, if we had the means, we’d pick up one of each.