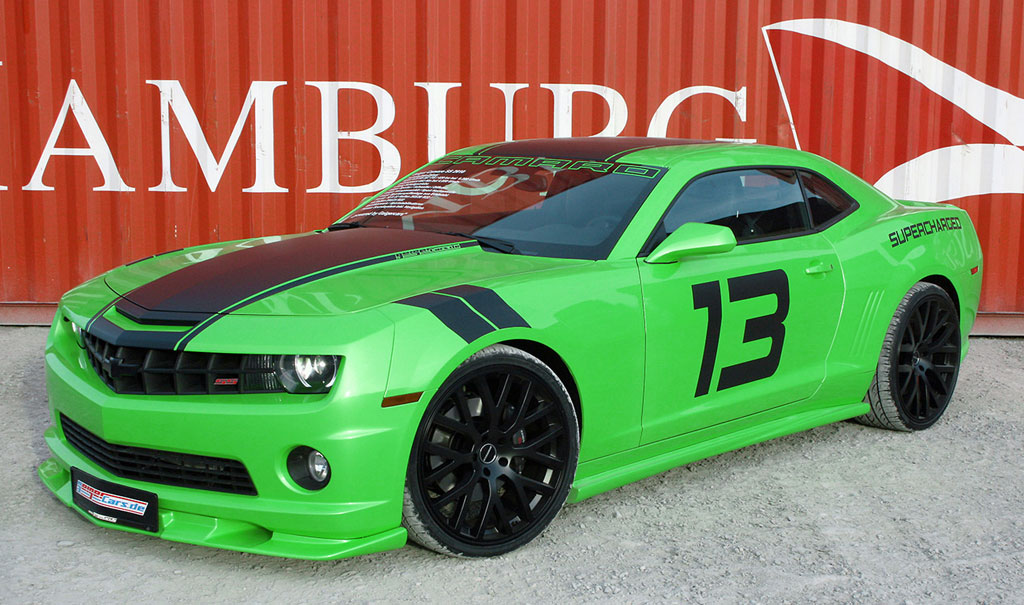 Geiger Cars has an obsession. And for a German tuning company it is unprecidented. These folks specialize in importing American muscle cars and trucks and adding in a bit of German engineering know-how. Their latest besessenheit is the Chevy Camaro SS. The stock 426hp just wasn’t cutting it so they boosted output to 564hp. And just so nobody will mistake their efforts with the standard fair, they doused the car in a swashbuckling green with black striping and some random numbering.

It’s not American if you don’t “Throw some D’s on it”, so Geiger gives the Camaro new 22-inch black alloy shoes. An aero kit with front spoiler lip, side skirts and revised rear bumper with integrated air diffuser instill a more aggro look. 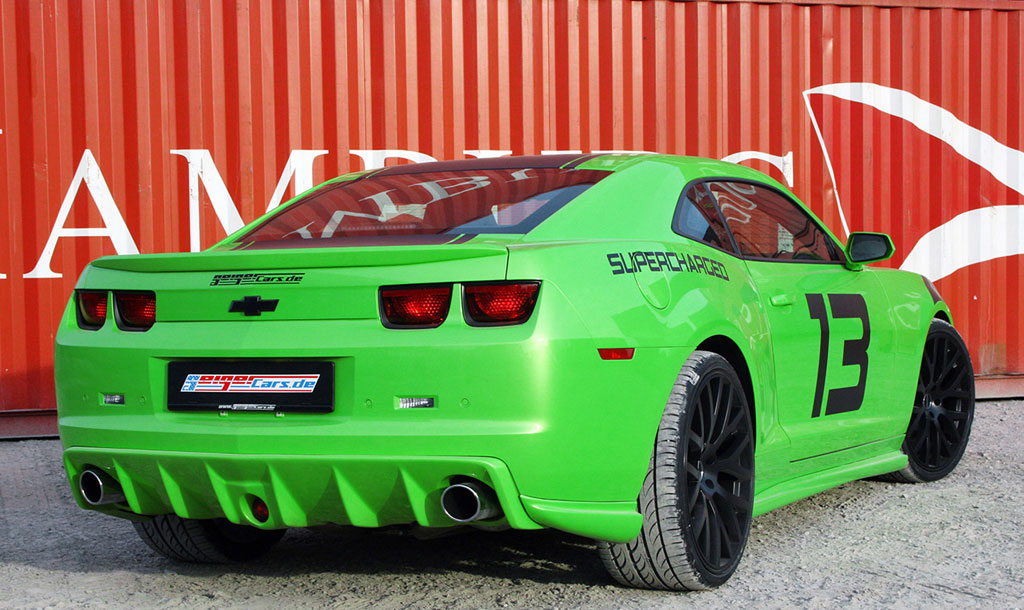 The horsepower boost comes by way of a bolt-on supercharger, reflashed ECU and a stainless steel exhaust system. Gains over stock include 138 ponies and 68.2 lb-ft of torque (488 lb-ft). In case there’s any question, the word “Supercharged” hovers above the rear fenders. The sprint from 0-62 mph takes a scant 4.2 seconds (0.7 seconds faster than standard) on the way to a top speed of 189.5 mph. 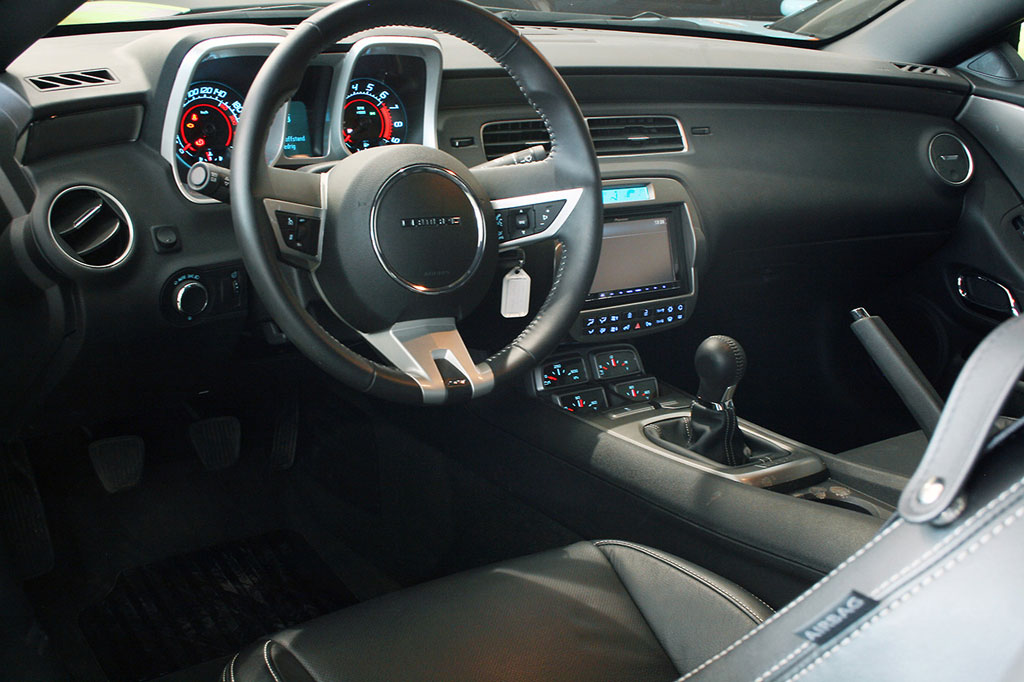 Geiger accounts for the additional gusto by adding a KW adjustable sports suspension system. Other upgrades include a high-end audio system and EU navigation software, ’cause GPS don’t help if you don’t have the right maps!

Inporting and modifying an American icon doesn’t come cheap for locals. The Geiger Cars Camaro SS HP 564 is priced at €88,000 in Deutschland which translates to about $127,000 USD.