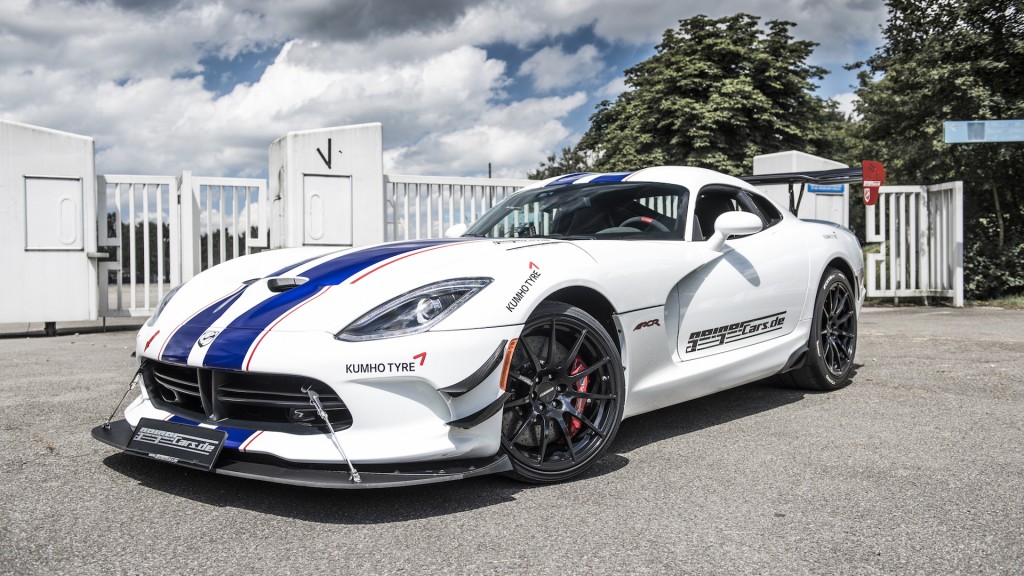 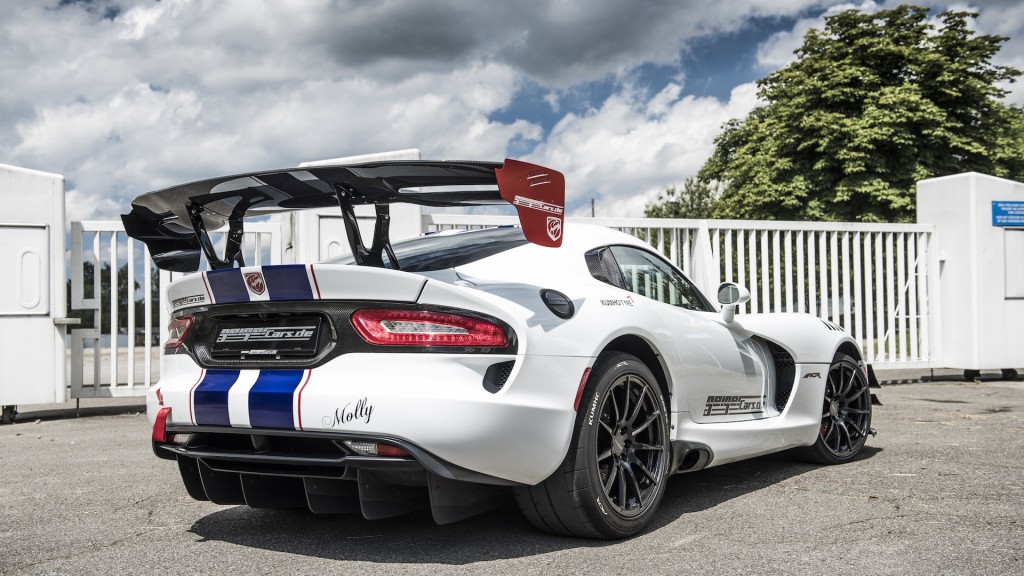 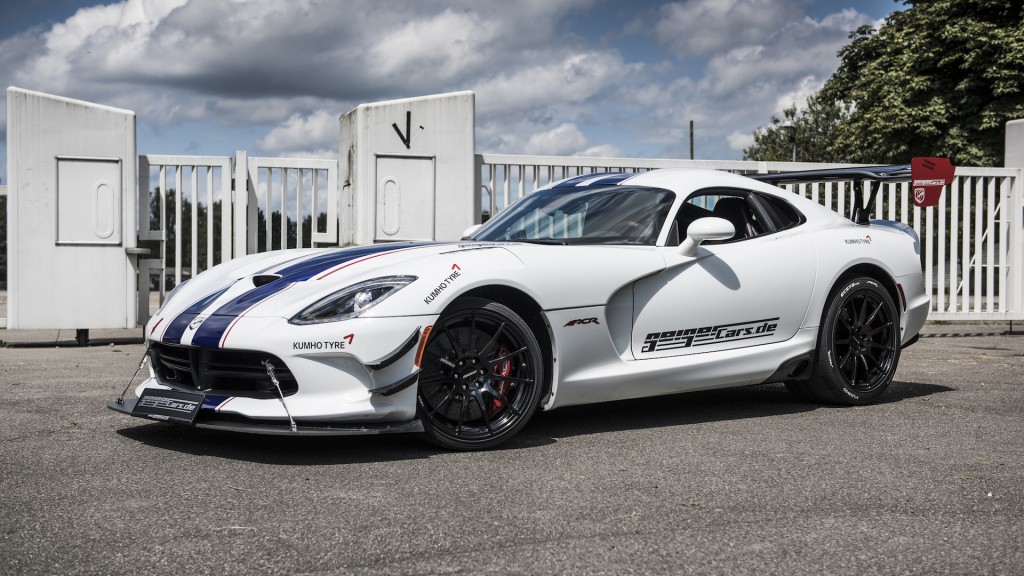 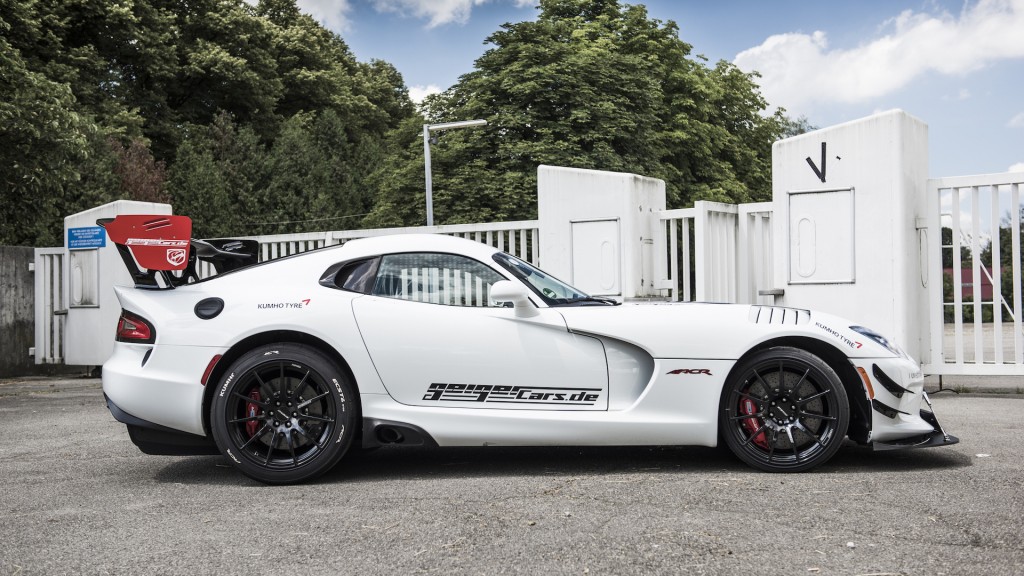 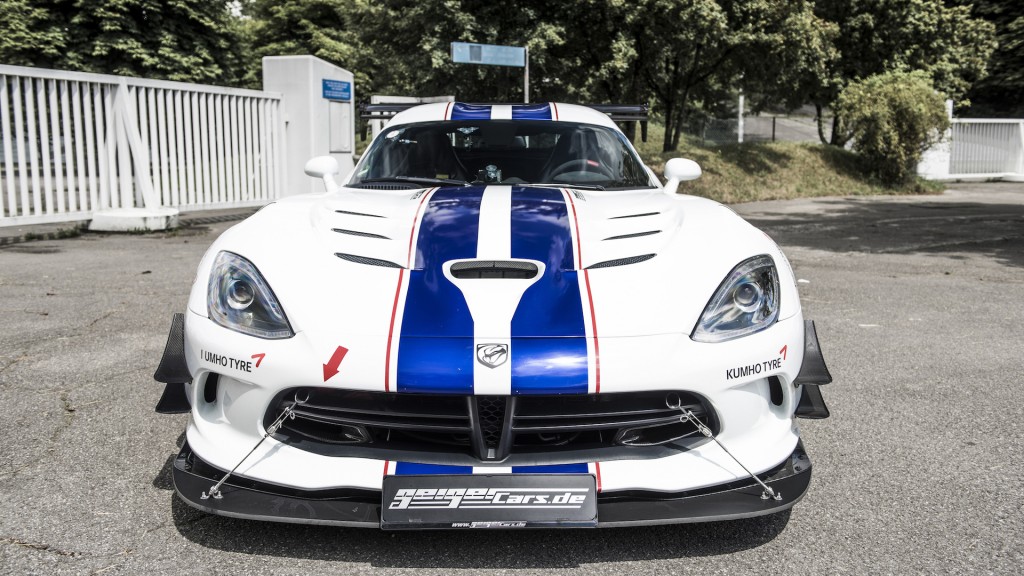 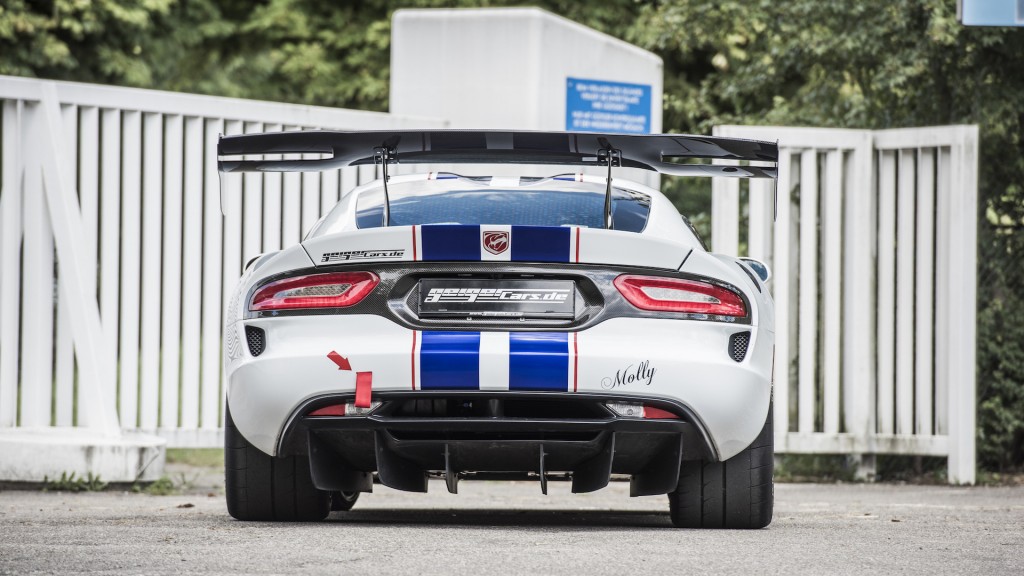 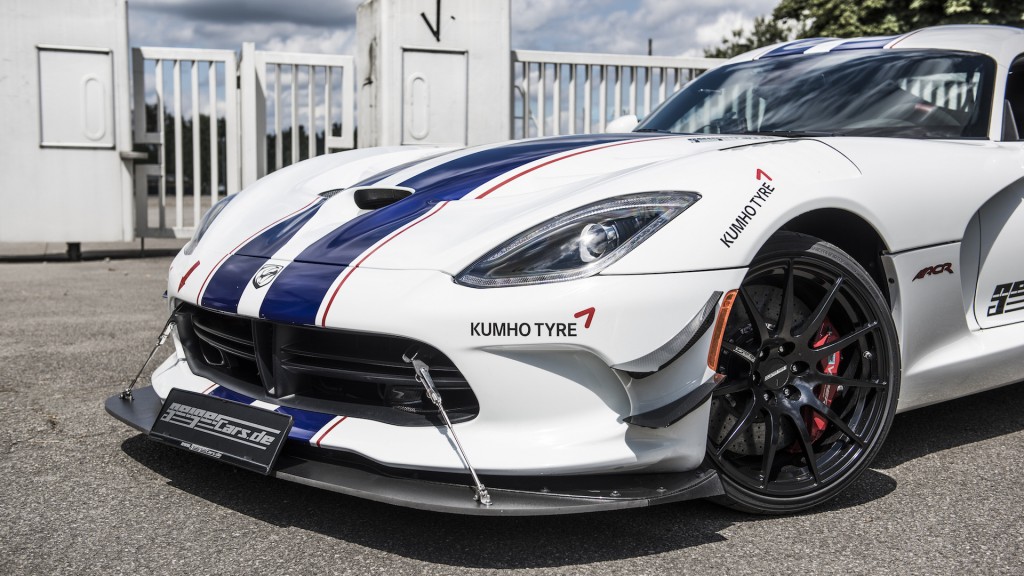 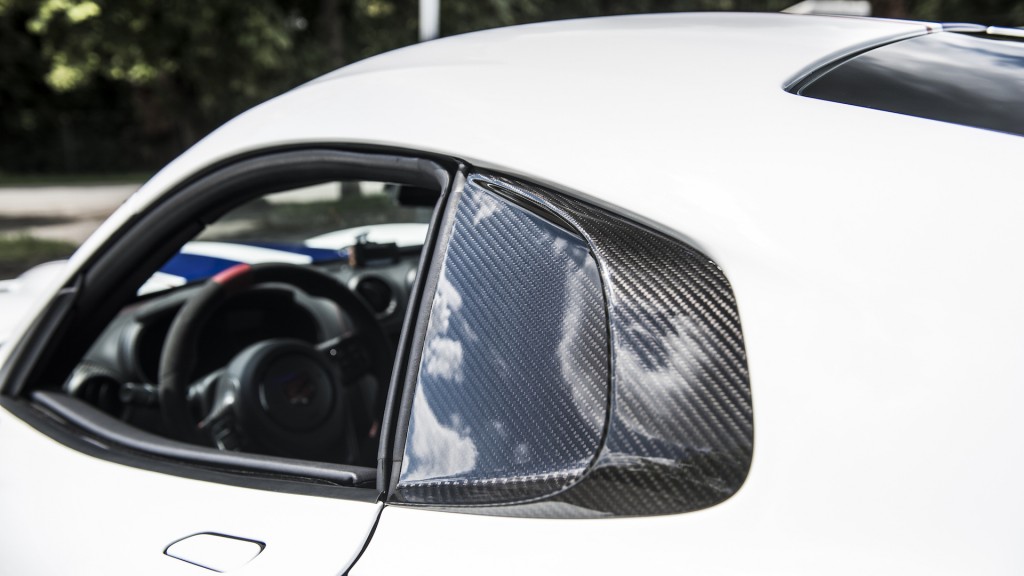 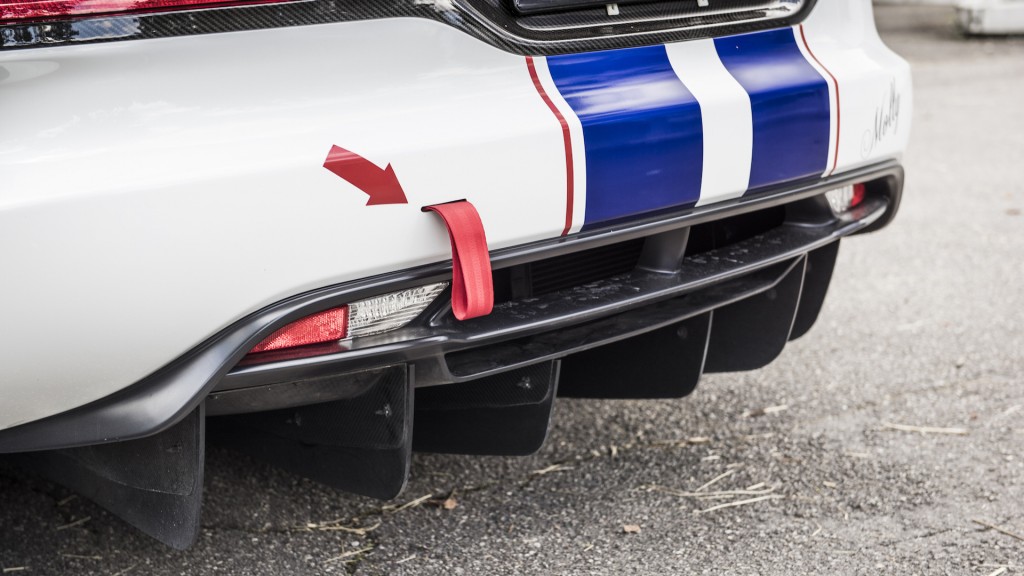 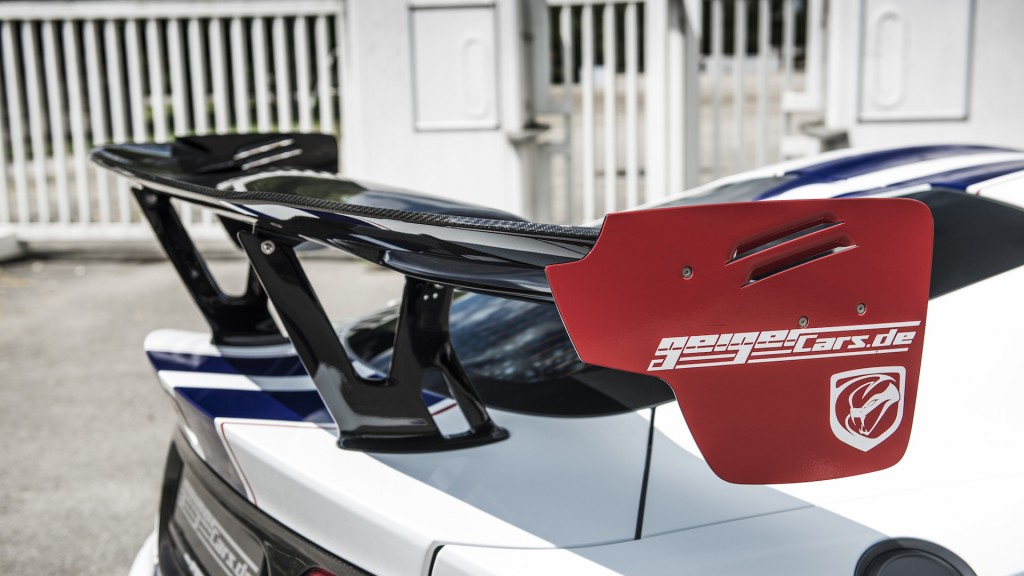 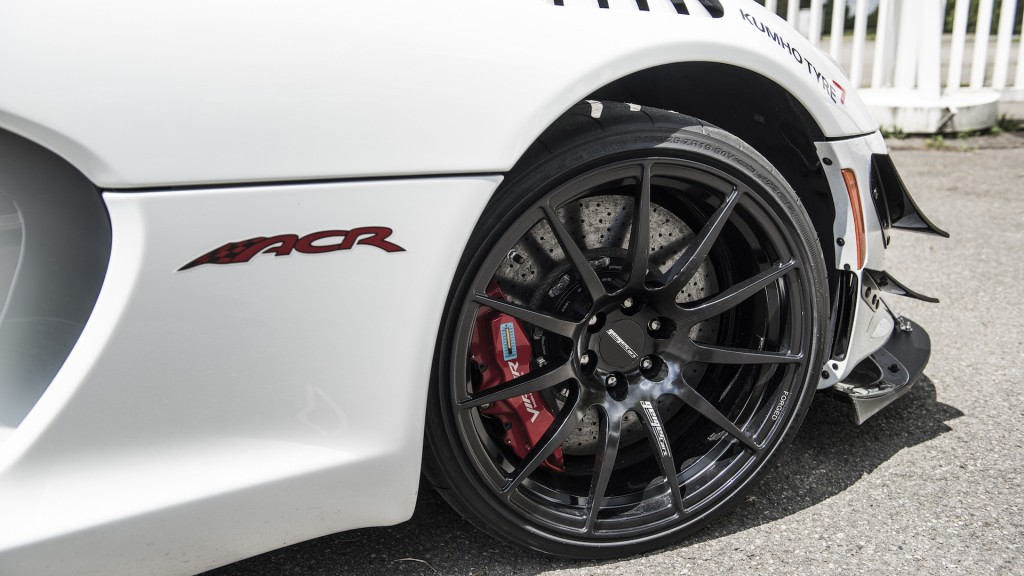 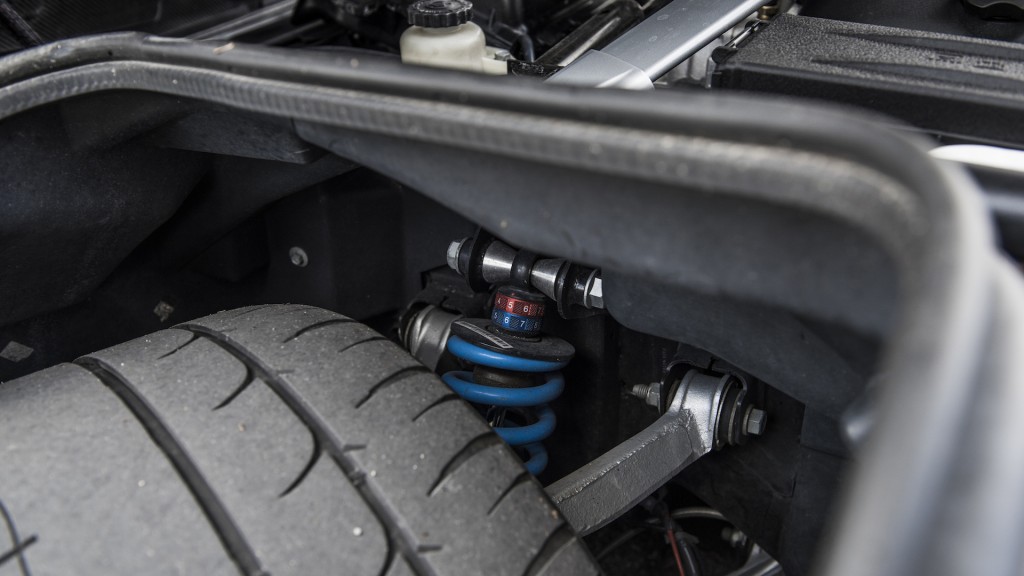 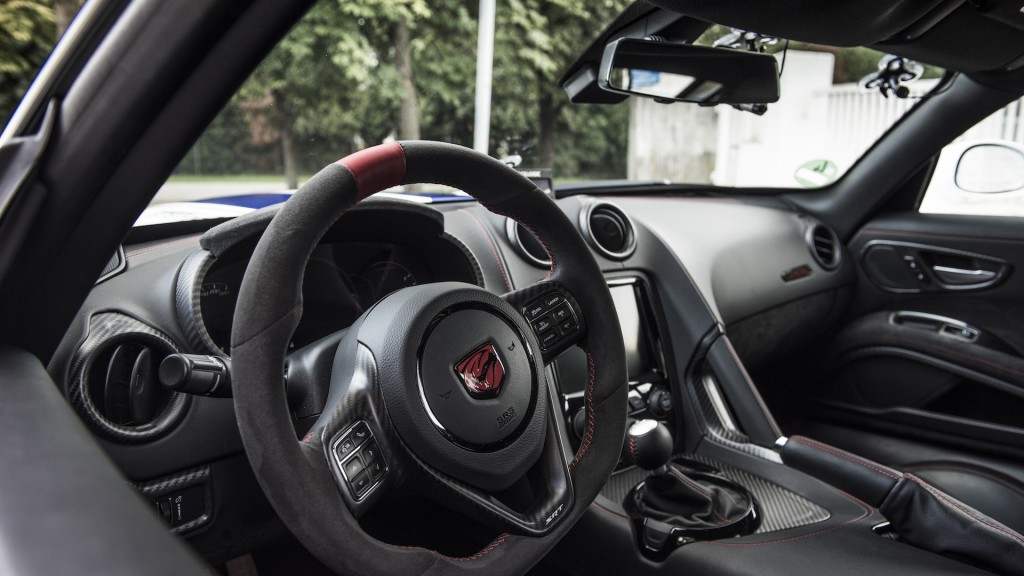 With the 2017 model year already confirmed to be the Dodge Viper’s last, time is running out for you to be able to purchase one of these American melee weapons new. And while there’s no shortage of special edition serpents planned to close out the monstrous Mopar’s production run, there are sure to be a few people who want an even more special Viper. For those folks, Germany’s most prolific tuner of American vehicles, Geiger Cars, is happy to oblige.

Starting with the already fearsome Viper ACR and its track-ready suspension, brakes, aero and other goodies, Geiger Cars armed the 8.4L V10 under that mammoth hood with a suite of upgraded valvetrain components (i.e. a lumpier camshaft, lighter intake valves, stronger pushrods, etc.), a free-flowing exhaust system from the headers to the side-mounted tailpipes, and an ECU tune. The company claims those revisions are sufficient to elevate output from 645 to 765 horsepower, while a set of aftermarket alloy wheels wearing semi-slick Kumho tires similar to the ones installed on the stock ACR make this supercar look even more killer.

The upgrades seen and described here will cost you about $46,000 on top of the cost of a donor Viper, or you can order a complete turn-key car from Geiger Cars for around $248,000. A lofty sum for a Viper, sure, but considering how mind-blowingly fast the current ACR is in unmodified form around a racetrack, just think how many classic purebred racecars it can humiliate with another 120 horses…