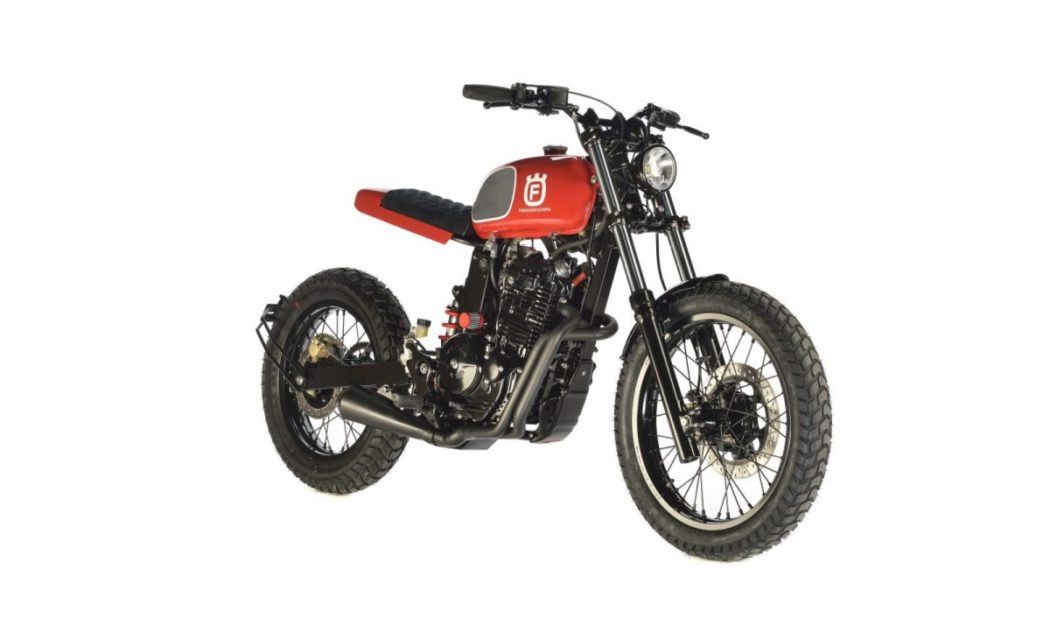 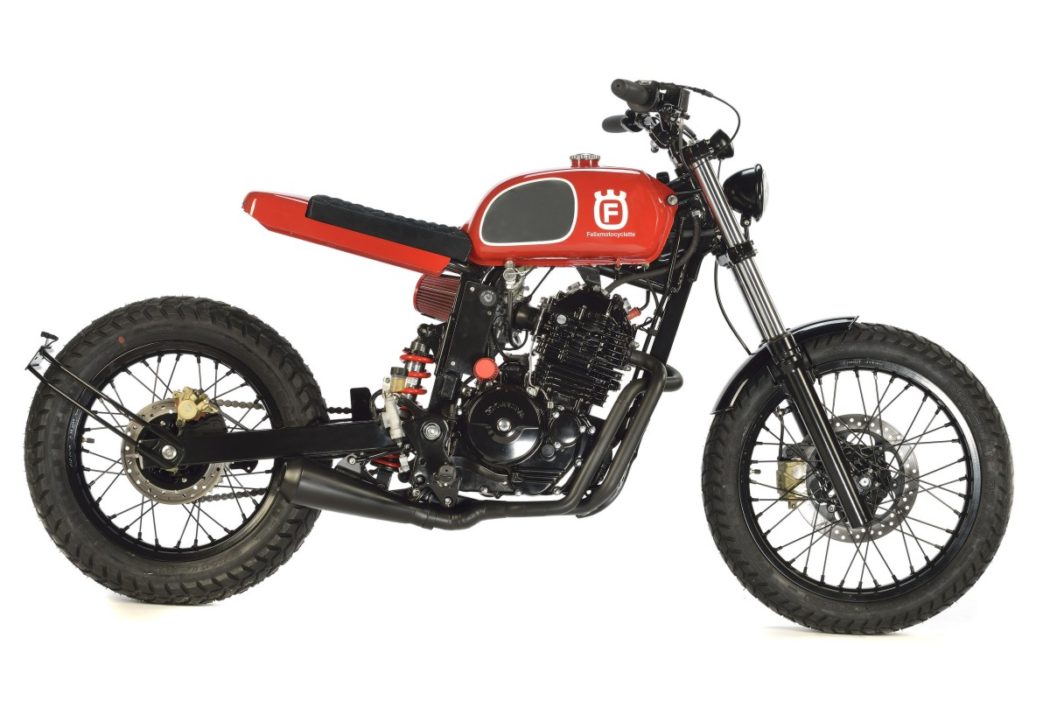 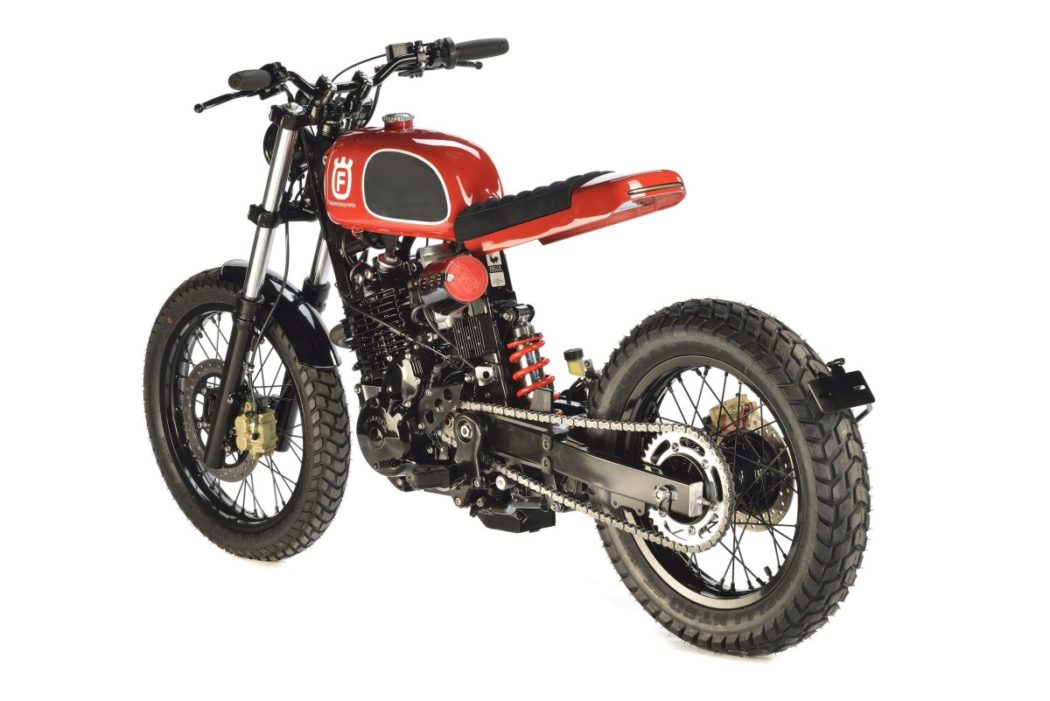 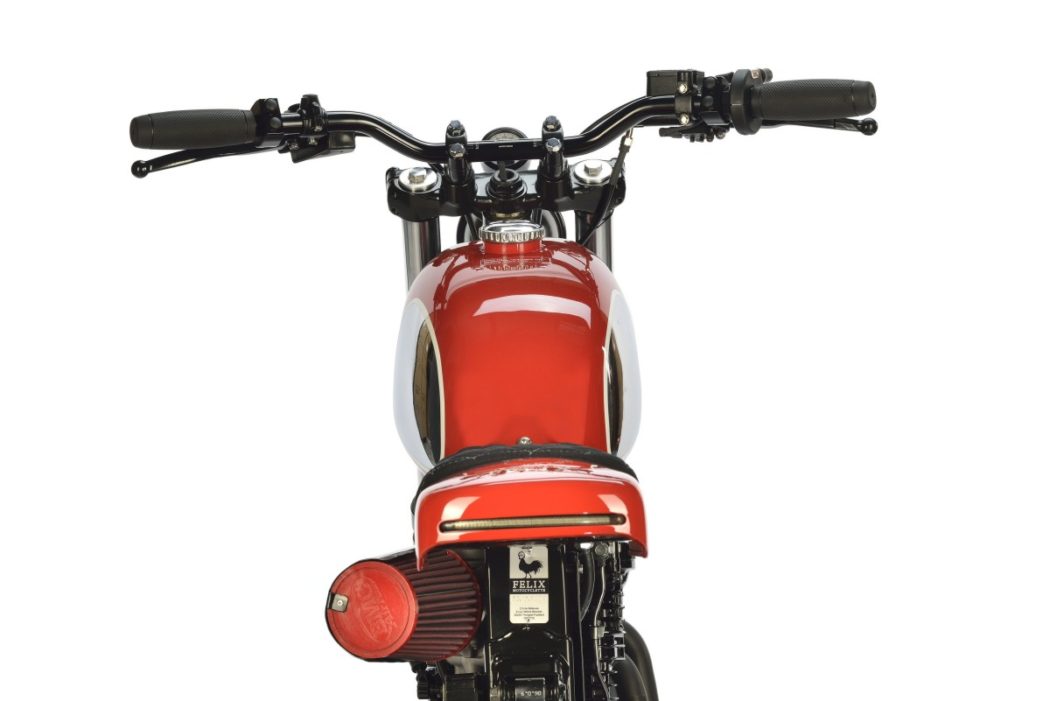 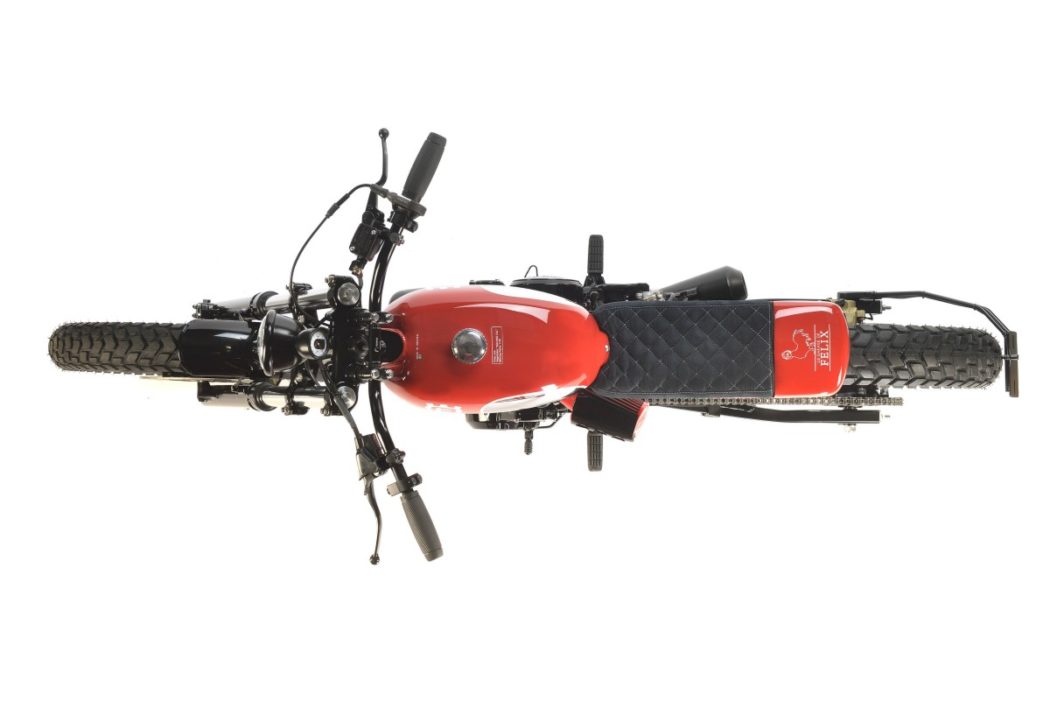 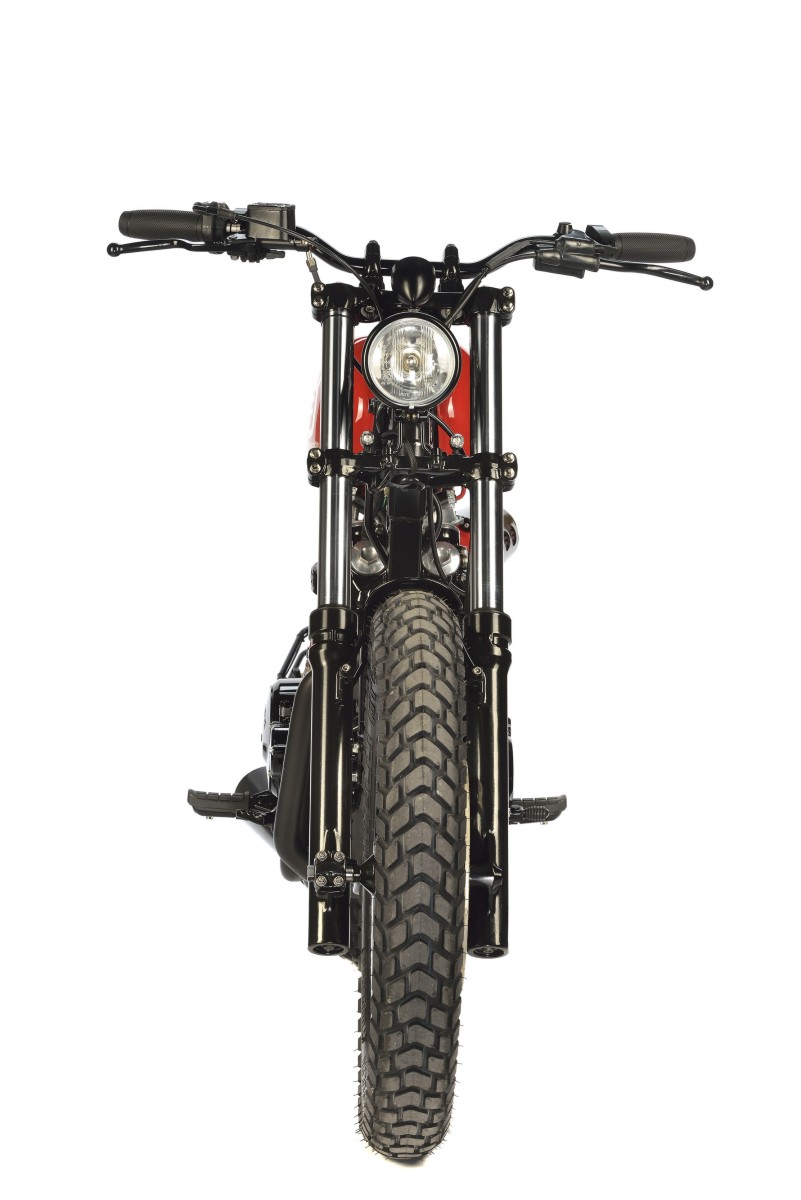 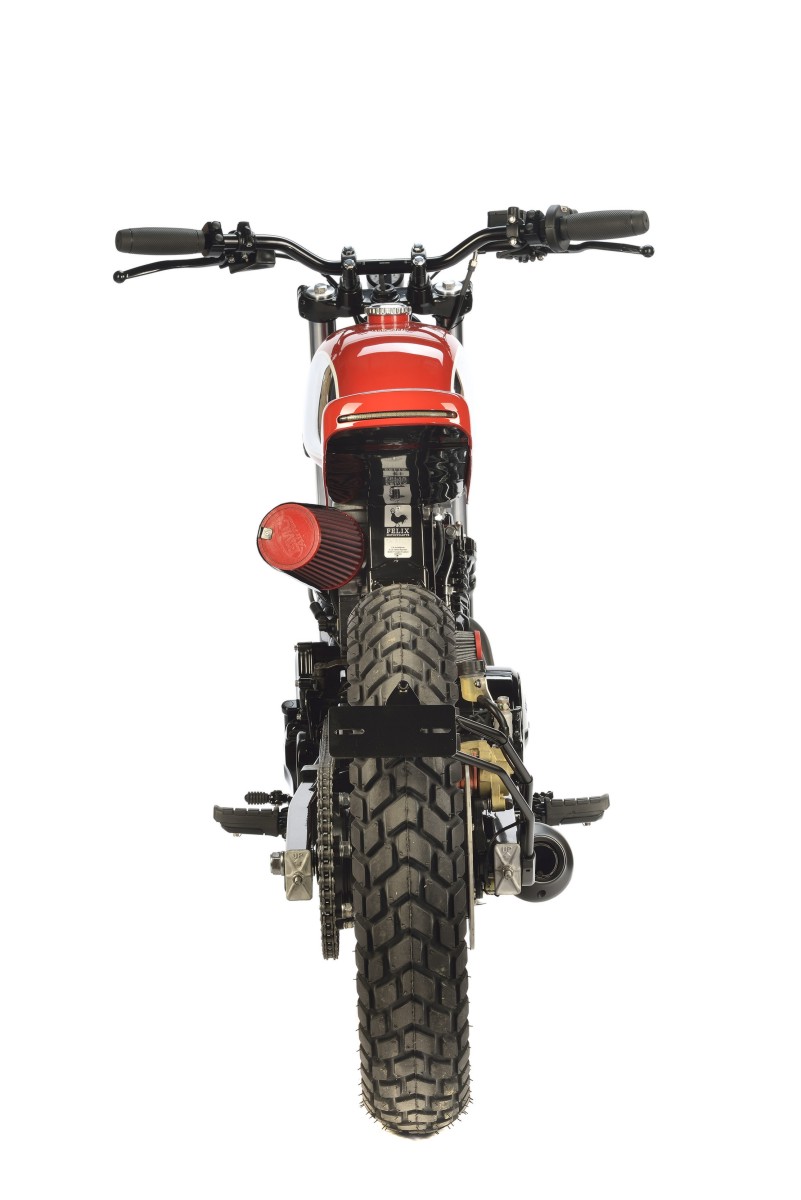 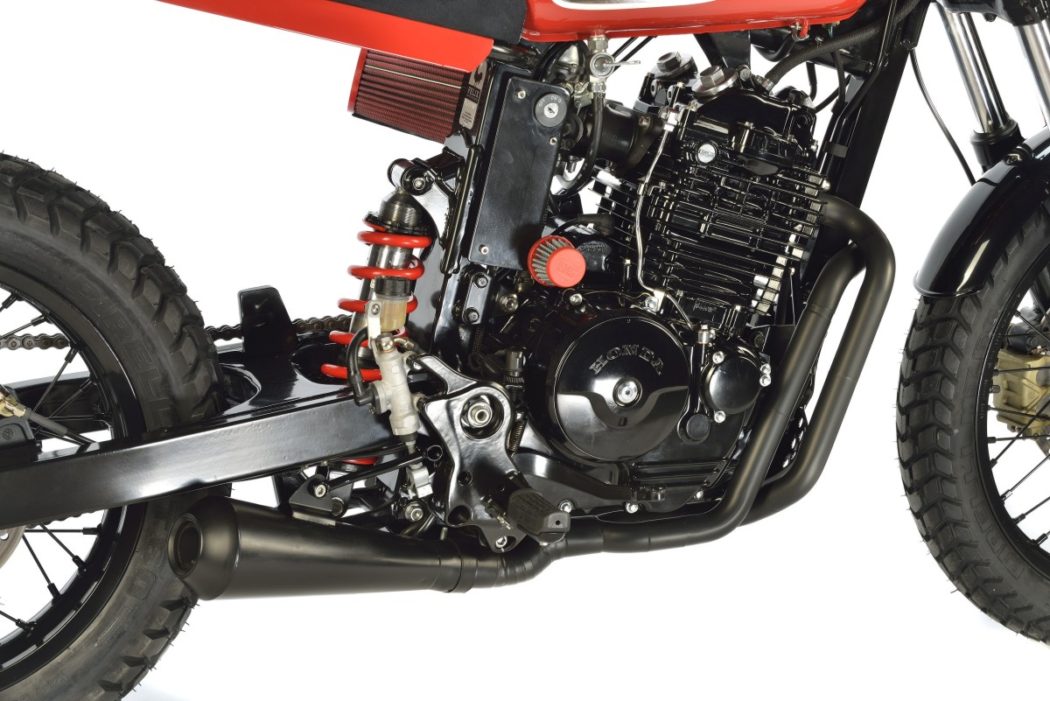 Garage de Félix Fusqvarna is a Honda with a Swedish Accent

The Husqvarnas of the 1960s and ‘70s have one of the more rabid followings in the motorcycling world, but not everybody can get behind the quirks endemic to just about every bike over a certain age. Furthermore, as with any vintage thing, there’s a finite supply of these golden age Huskies left to go around. Those were just some of the challenges Antoine and Patrick, the boys at French custom motorcycle shop Garage de Félix, were up against when they decided to build a classic Husqvarna as viewed through the prism of 21st century design…so they built a Honda instead.

Confused? Don’t be; the 2001 FX 650 Vigor serves as a solid foundation for the “Fusqvarna.” After de-tabbing the frame and liberating it of its rear subframe (the latter move allowing for the fitment of the custom Alcantara-upholstered saddle that gives the illusion of being completely unsupported over the back wheel), the guys modified and installed a real Husqvarna fuel tank, as well as a new wiring loom with Motogadget bits, a new license plate bracket mounted to the rear swingarm, and a shortened front fender, among other things.

The Fusqvarna retains the Vigor’s 644 cc hemi combustion chamber single, but it now inhales through a pod-type air filter and exhales through a less restrictive exhaust system, so it should be making a bit more than the stock 39 horsepower and 40 lb.-ft of torque. Perfect for powering through some light off roading…assuming you’re okay with getting this two-wheeled work of art dirty, that is.