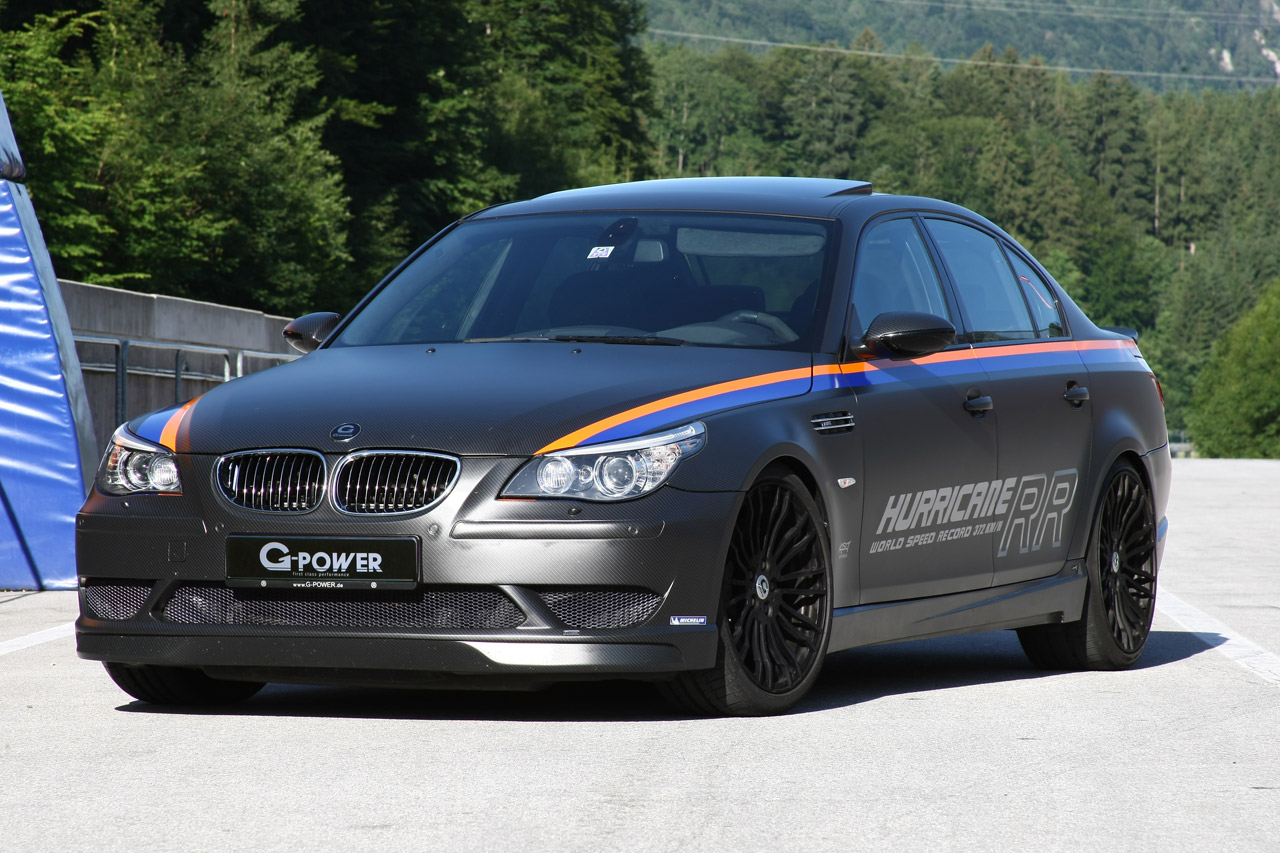 Many, many inches of headline are dedicated to the battle for the title of fastest street-legal production car. For the better part of a decade, the McLaren F1 had a chokehold on the record. Then the Bugatti Veyron came along and bumped the number higher, only to be usurped by the red, white and blew-by-you SSC Ultimate Aero. Now the top spot is held by Bugatti once more, thanks to the Veyron Super Sport, though Shelby Supercars and Koenigsegg both claim they’ll have new challengers ready shortly.

Unfortunately, the near-constant one-upsmanship in the quest for the overall fastest street car mark has pushed other similar races to the sidelines, namely the battle for the fastest sedan in the world. After all, who doesn’t love the thought of blasting down the Autobahn with three or four of your closest friends with Wagner’s “Ride of the Valkyries” filling the cabin? Probably people who aren’t cool enough to be reading this site and would probably find NPR.org more their speed. Anyway, the latest four-door that is staking a claim to the mantle of fastest of the breed is German tuner G-Power’s current reimagining of the outgoing E60 generation BMW M5, the Hurricane RR. 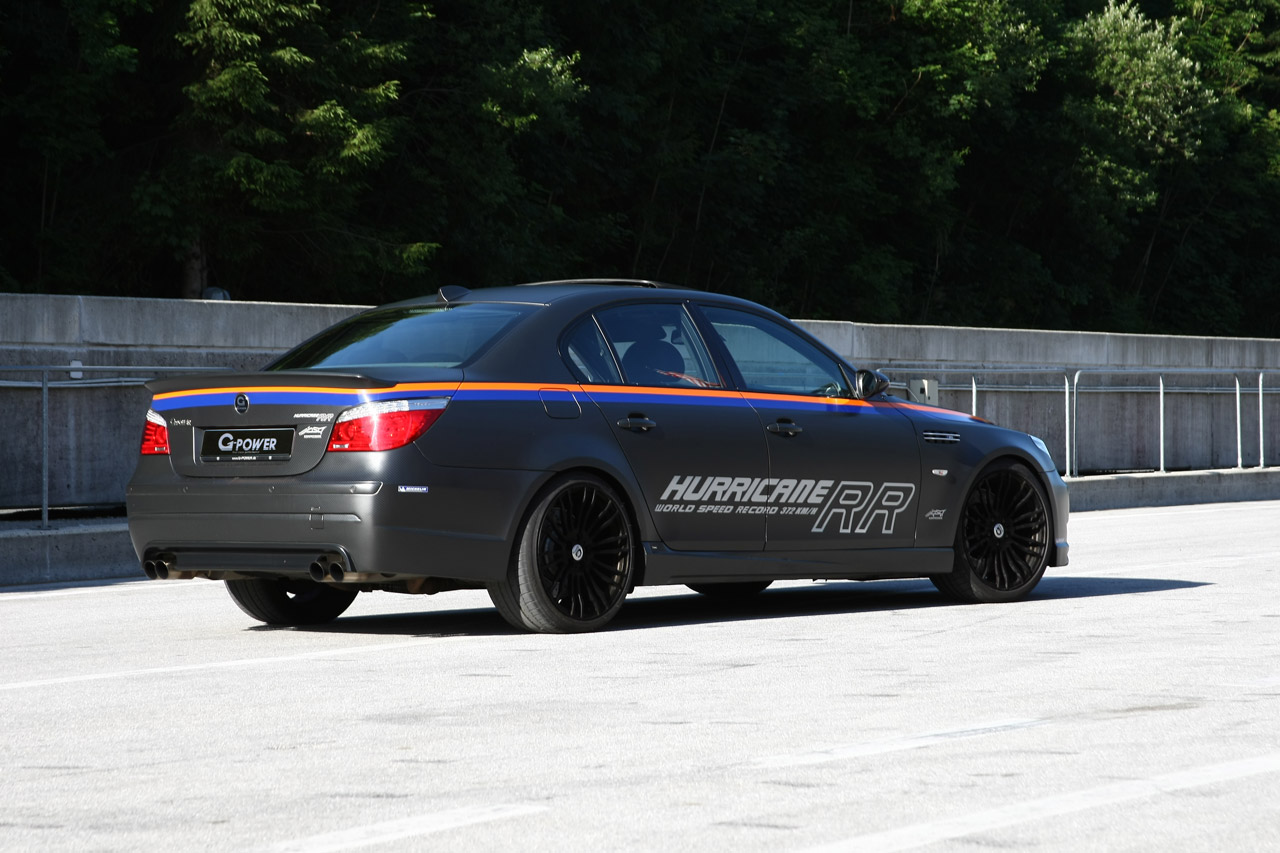 An evolution of the Hurricane RS (which was itself derived from the Hurricane), the Hurricane RR still features a pair of superchargers feeding the 5.0L V10. But instead of the dual ASA T1-313s found in the Hurricane RS feeding the BMW Motorsportmill, there are a pair of ASA T1-316s under the bonnet cramming even more air into the engine. G-Power also fitted forged, lower-compression Mahle pistons, as well as custom connecting rods and an ECU optimized for all the added go-fast goodies. The result is a gain of 50hp over the Hurricane RS, for a grand total of 800hp, more than all but the mightiest stock exotics. The torque figure – 590 lb.-ft – is also weapons grade.

So what kinds of numbers do the aforementioned numbers yield? How do you fancy 4.35 seconds to hit 62 mph from a standstill? Okay, how about a top track speed of 231 mph? That got your attention, huh? Granted, that speed was achieved on a track on special super-high-speed tires, but that’s still spectacular for a midsize sedan that punches a fairly big ol’ hole in the air. Of course, if you care about more than just velocity, the Hurricane RR also features high performance brakes, adjustable coilovers, 20-inch wheels (seen below), carbon fiber interior trim and a G-Power sport steering wheel. 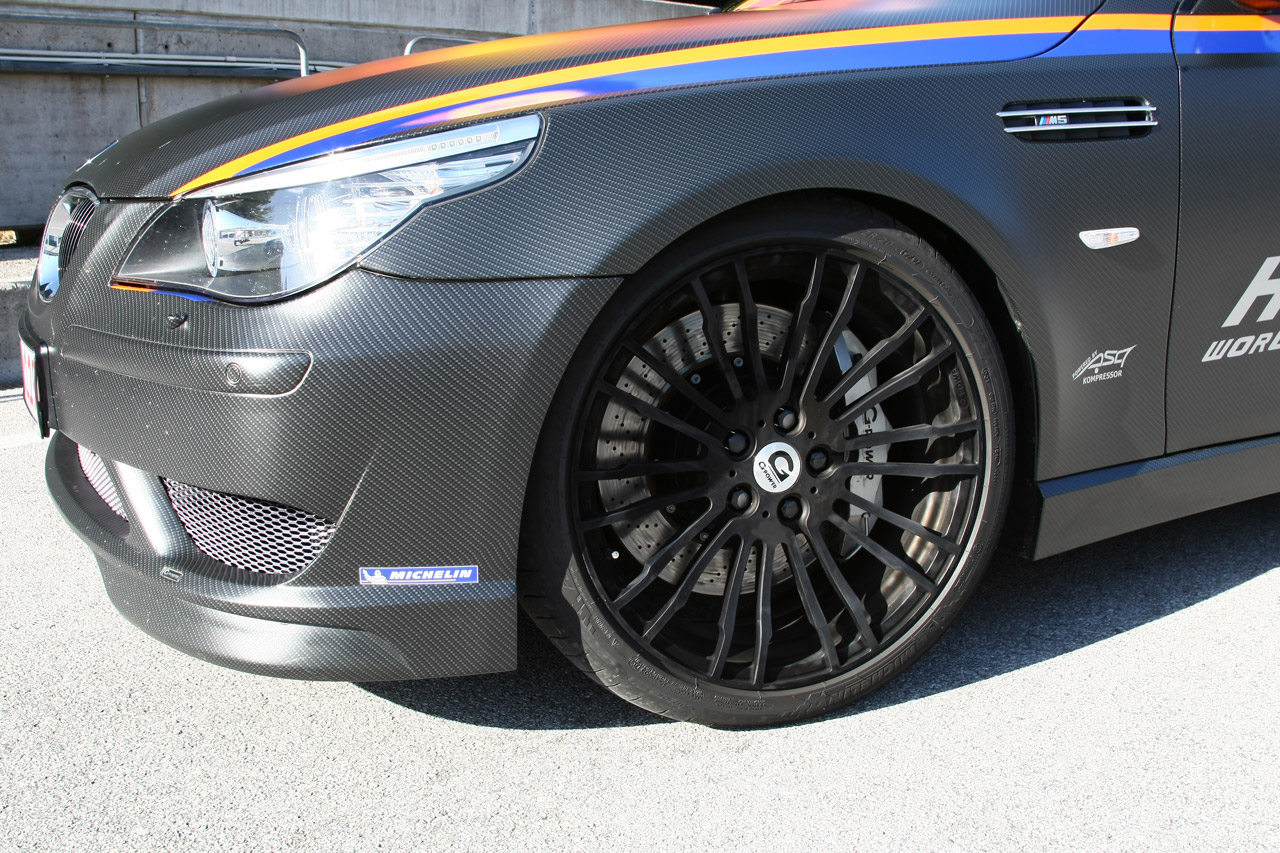 The cost of all this family-friendly frivolity starts at about $71,000 for the 750hp kit, plus the donor M5. Pricey for a sedan, yes, but as 220+ mph vehicles go, that’s cheap. Like Black Friday cheap. Except you don’t have to spend the night in a sleeping bag caught in a tug of war between the effects of tryptophan and the obnoxious poker-playing frat boys in line behind you in order to get the insane discount. Score!