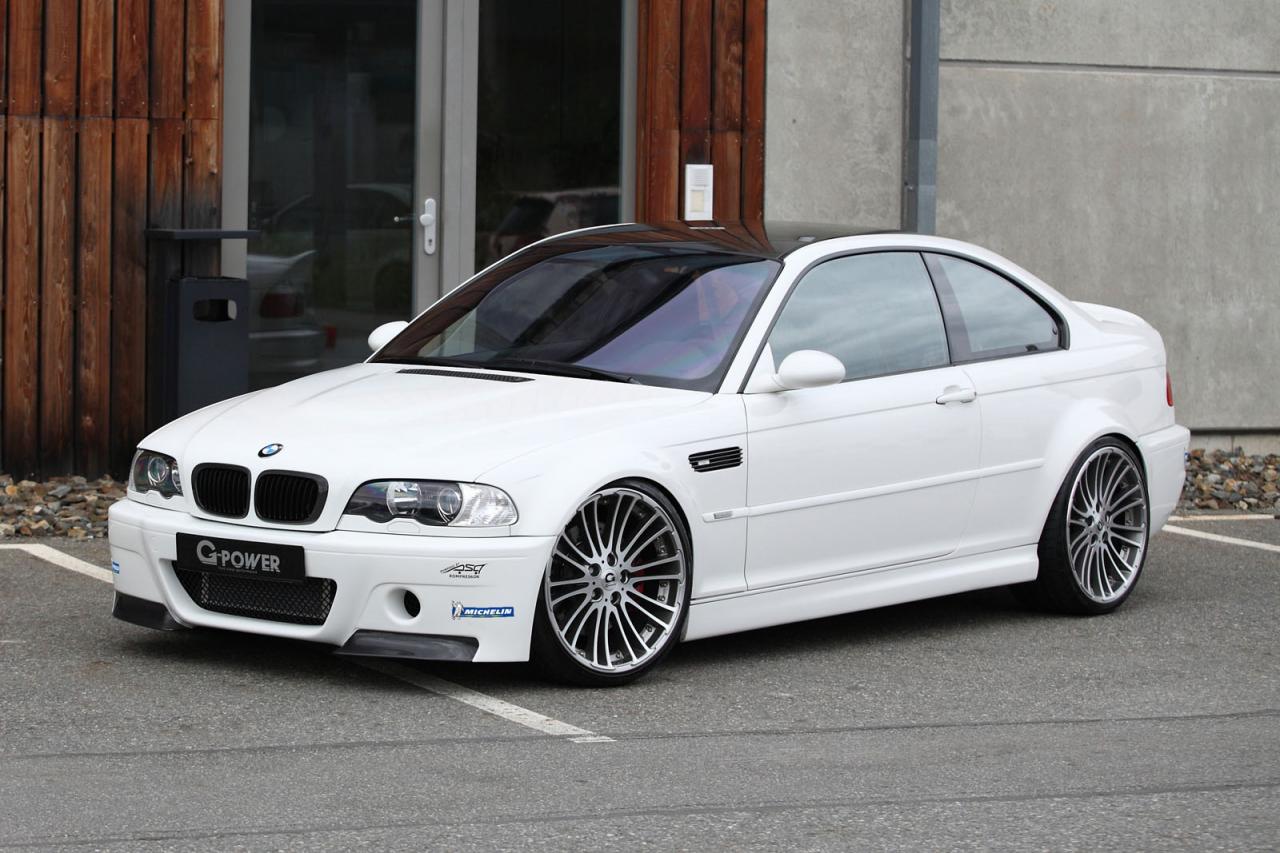 When it comes to high-end cars, many people simply have to have the latest and greatest evolution of a particular nameplate. Often times, that’s fairly easy to justify, as most next generation cars have more power, better fuel economy, more room and more toys than their predecessors. But the fact of the matter is a lot of buyers just want new cars because they’re, well, new. They’re better for rubbing their friends’ and neighbors’ faces in it and what have you.

And that’s a shame, because newer isn’t always better. Sure, the current E92-chassis BMW M3 is a spectacular car, but it doesn’t get us quite as hot or bothered as the prior E46 M3. Maybe it’s because we find the styling more pleasing, or the 3.2L straight-six more fascinating than the comparatively hum-drum 4.0L V8 (as hum-drum as a 4.0L V8 that makes 414 normally aspirated horsepower can be, anyway), but we just find ourselves digging it a little more than the E92. And we dig this G-Power tuned example even more. 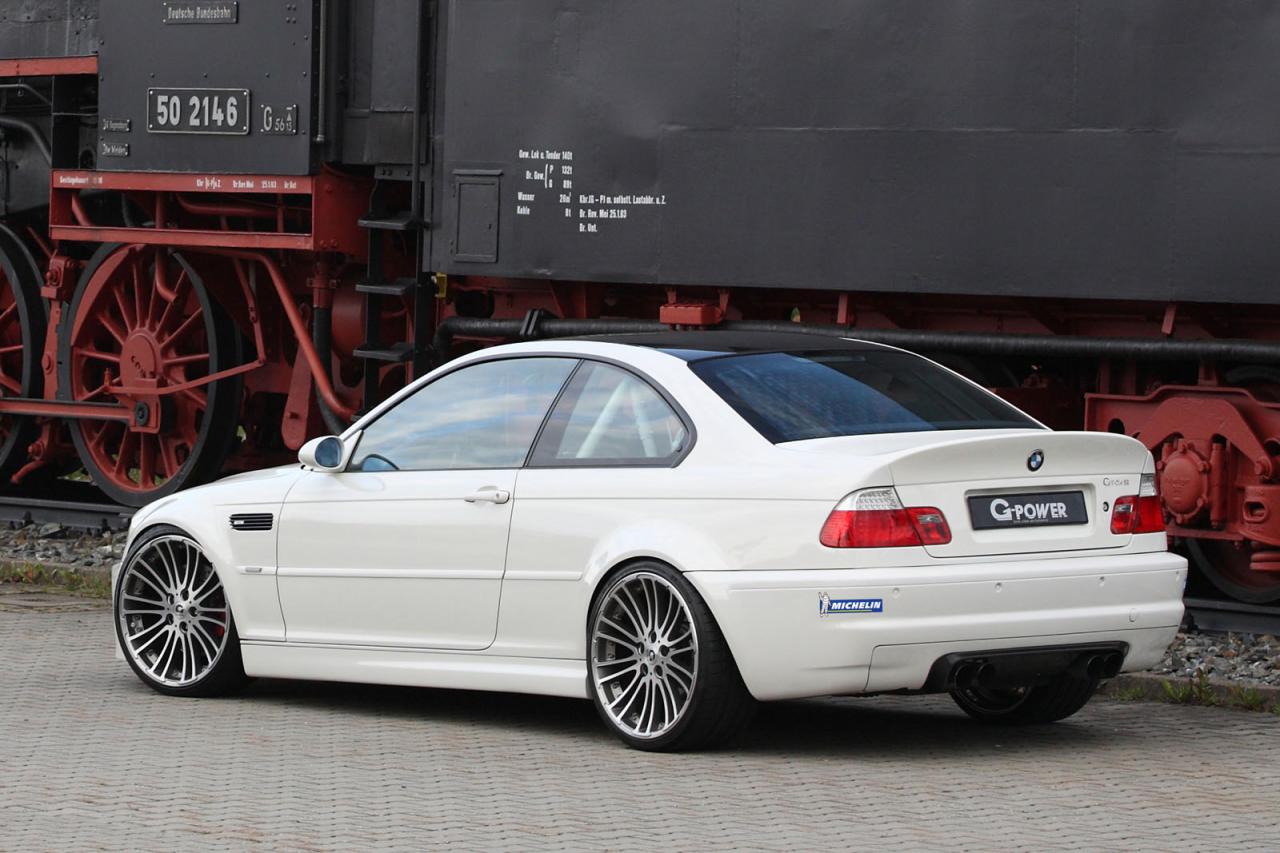 The headlining feature of the wicked white Bimmer pictured here is a centrifugal supercharger kit. Breathing through a new intake manifold painted in G-Power’s signature orange, the blower ups the stock Euro version of the S54 engine’s output by 106hp and 70 lb.-ft, to 444hp and 339 lb.-ft of twist. Those figures are 30 and 44, respectively, above and beyond the ones turned in by a stock E92 M3. 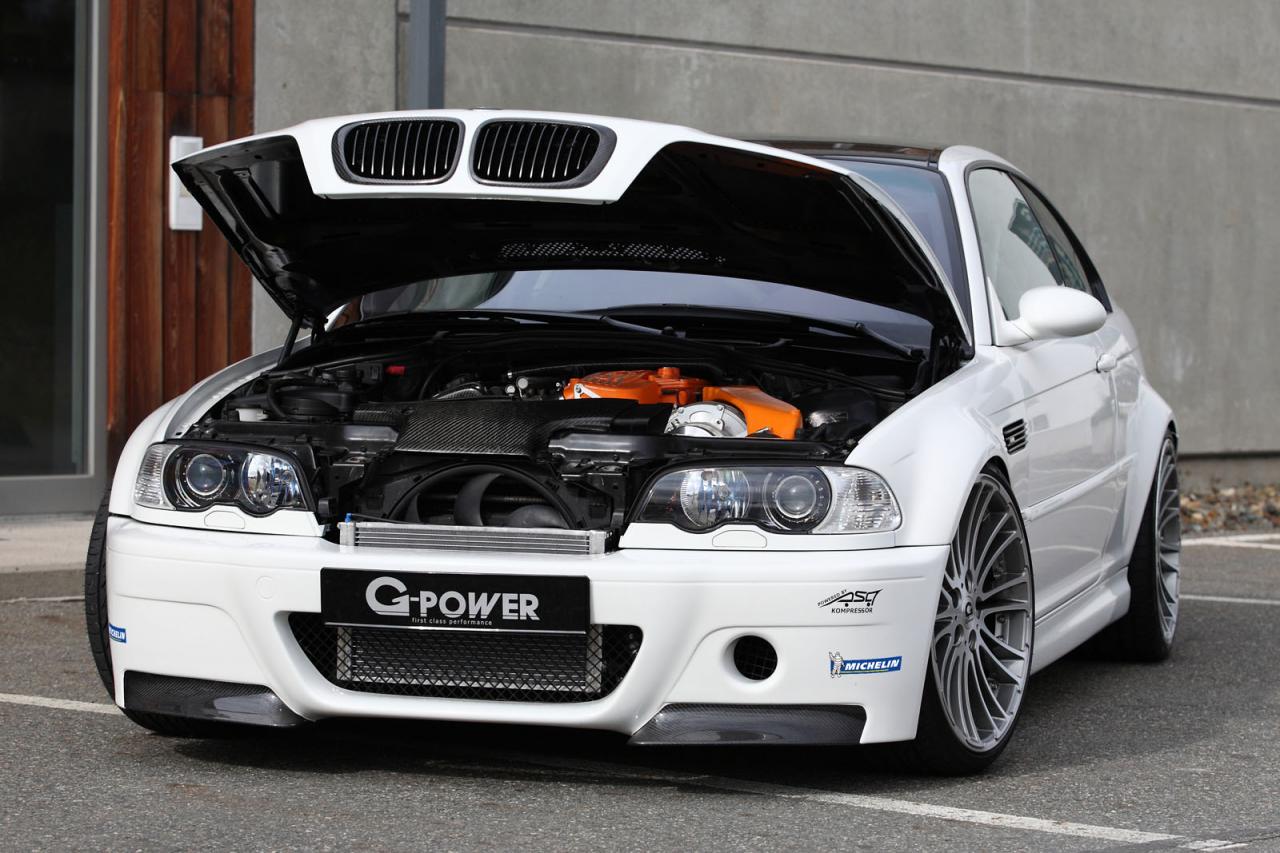 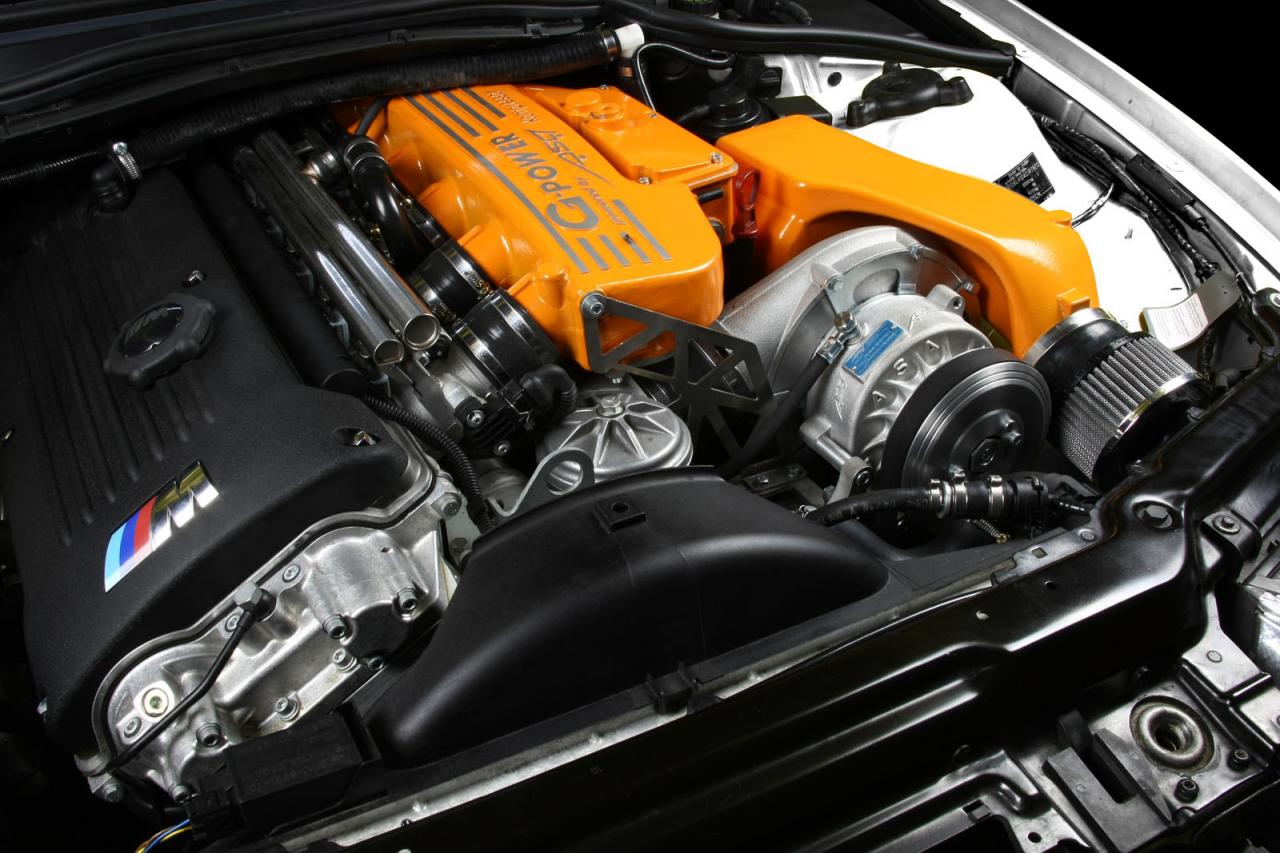 Of course, you’ll already be spending significant funds on the mechanical parts from G-Power. The supercharger kit alone lists for 7,000 euros ($9,200) plus installation, while the tab for all of the other parts surpasses 15,000 euros ($19,000). That’s big bucks, but if you want to go faster than an E92 M3 in an E46 M3 (thereby proving the point that latest isn’t always a synonym for greatest), it’s a steal. 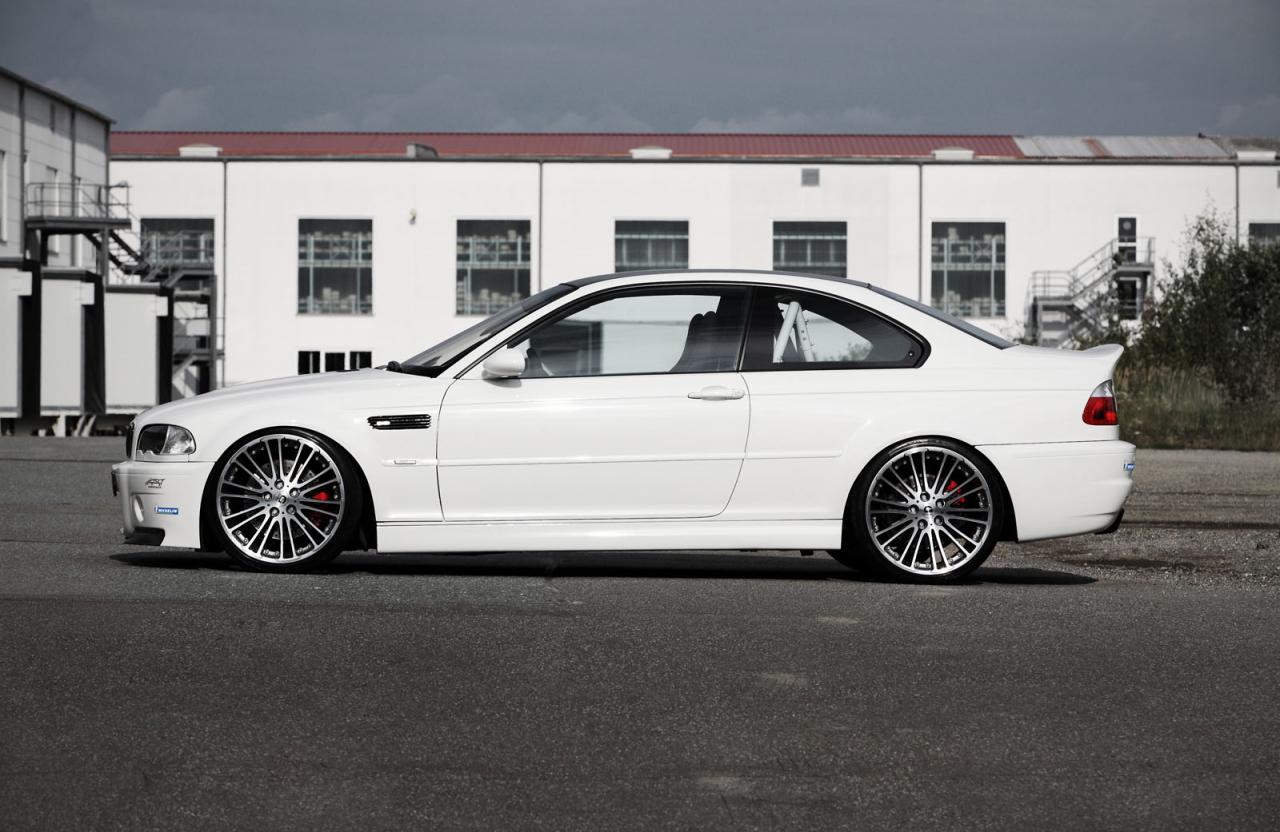