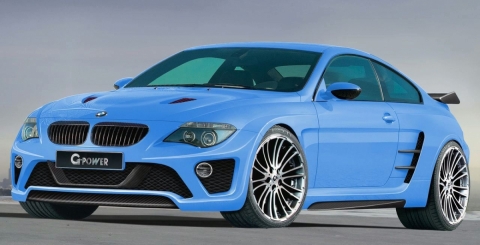 G-POWER is a tuning company out of Germany that modifies Bimmers exclusively. That statement sounds pretty innocuous, and it would be except for the fact that this group of wily engineers consistently puts out the most extreme BMWs on earth. And unlike many tuners, they do it without slapping on all kinds of crazy spaceship-style aerodymanic kits that don’t have the underlying juice to warrant such excessive downforce tweaks. 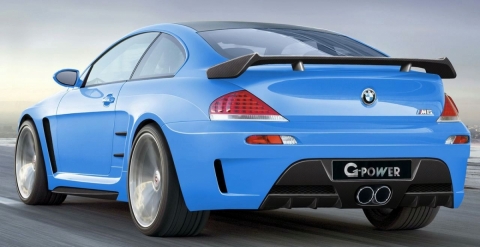 The new G-POWER M6 Hurricane CS is their latest creation and one of the best yet. It’s powered by a twin-supercharged V10 engine putting out 750 hp which make it good for a top speed of 230 mph. Actually, the superchargers used can increase air volume up to 25 percent for a theoretical output of over 900 hp, although only a fraction of that was used for this engine. I only point this out it because it was mentioned by G-POWER which means that some “special” customers are probably going to request the ‘full monty.’ 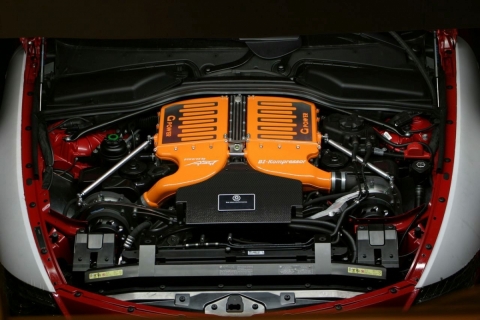 The new G-POWER M6 Hurricane CS incorporates a multipart carbon fiber widebody kit, new titanium exhaust, carbon fiber seats, high-performance Carbon-Ceramic brakes, a remapped ECU, fully adjustable suspension kit and some serious 21 inch G-POWER wheels wrapped in Michelin Pilot Sport PS2 tires (for extreme performance). The aerodynamic mods along with significant weight reduction allow the car to perform 0 to 62 mph in 4.4 seconds, reach 124 mph in 9.6 seconds and hit 186 mph in 26 seconds. In order to get “the most powerful engine ever to power a street-legal BMW” you only have to cough up 360.000 Euros. 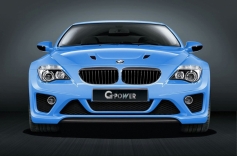 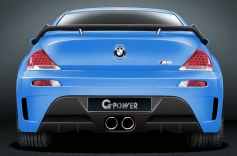