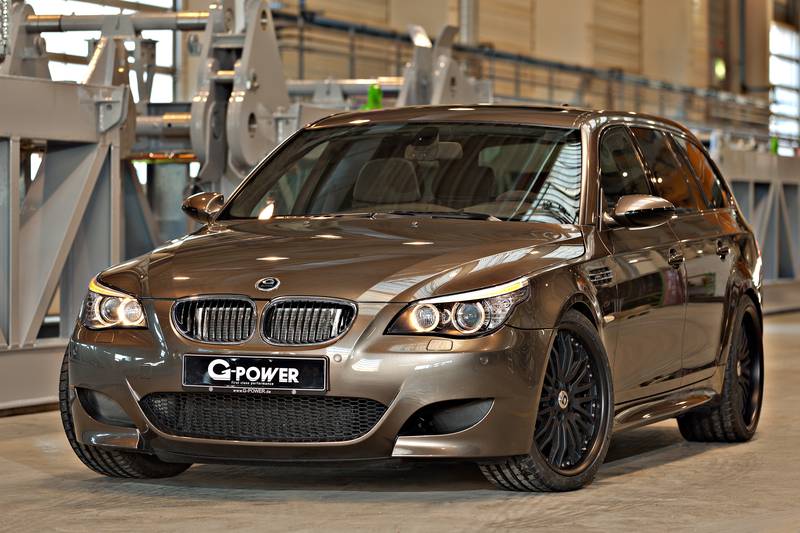 If someone were to assemble a list of Ten Commandments for automotive journalists, the items “Thou shalt love station wagons” and “Thou shalt love brown automobiles” would be two of the ten. Naturally, brown station wagons are especially beloved, and if that brown station wagon has either a diesel engine or a fire-breathing gas engine? Man oh man, if ever there was a surefire way to make us reconsider our views on legalizing human-inanimate object marriage…

*ahem* So yeah, when we got wind that G-Power had put together an E61 BMW M5 Touring (one of the vehicles that made the cut for our hot wagons top 20 list) in a that chocolaty hue, our interest was more than a little piqued. And when we read through the details on this car – dubbed the M5 Hurricane RR Touring – we became well and truly enamored; chances are you will too. 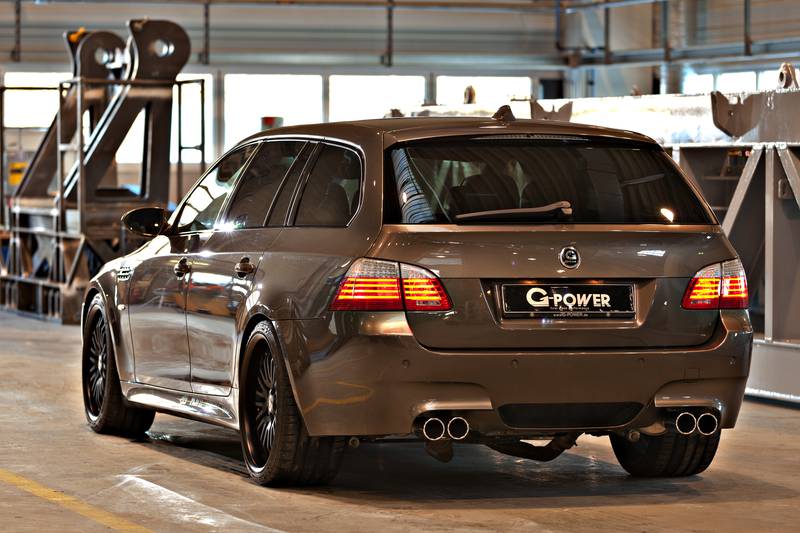 Unlike a lot of tuner cars, the exterior of this bomb-diggity BMW wagon is almost totally stock. The only significant exterior deviations from factory spec are a set of G-Power badges in place of the BMW Roundels, no M5 badge on the tailgate, and a set of G-Power’s own 20” Silverstone RS wheels backed by a G-Power big brake kit with 15.6” front rotors gripped by six-piston calipers and 15” rear rotors matched with four-piston calipers (A carbon-ceramic brake kit is also available and cuts unsprung mass in half.). G-Power has also fitted one of its G5-RS coilover kits featuring nine selectable damping presets and a wide ride height adjustment range. Basically, the M5 Hurricane RR Touring is the kind of tuner car that wouldn’t get a second look from a about 95% of motorists. 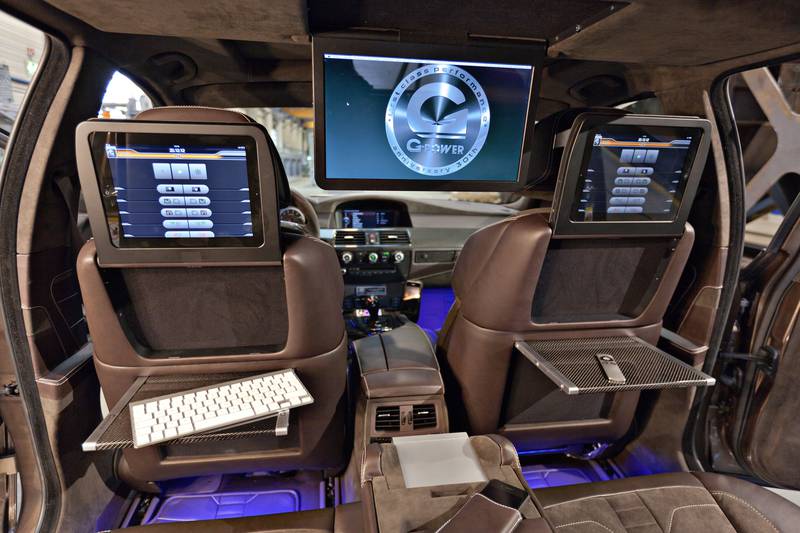 Climb aboard, though, and it’s crystal clear you aren’t dealing with a stock M5 Touring. The seats are swaddled in brown leather and Alcantara, as are the door panels and dashboard. In back, passengers have access to an iPad and a carbon fiber picnic table that flip-up from each front seatback, while a massive LCD monitor – which acts as the display for both the built-in iMac computer and Apple TV module – folds down from the ceiling to hang between the front headrests. And under the rear cargo floor, you’ll find three amplifiers for the stereo system and a pair of iPad storage docks. Calling this car a business jet without wings wouldn’t be too far off the mark. 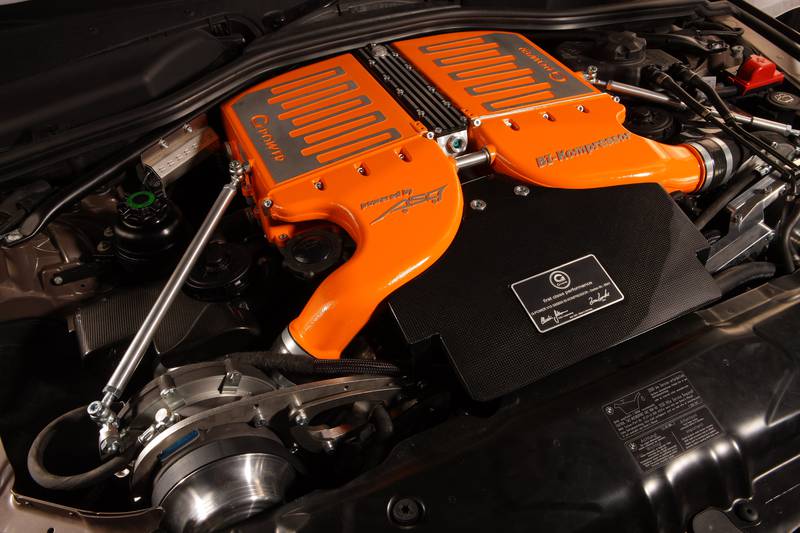 That comparison is particularly relevant when you factor in the adjustments G-Power made under the hood. And when we say adjustments, we’re mostly referring to the pair of ASA centrifugal superchargers fitted to the 5.0L V10. They lift the engine’s output to 809 horsepower and 583 lb.-ft of torque, and allow the M5 Hurricane RR Touring to hit 62 mph from rest in 4.4 seconds and onward to an electronically-limited top speed of (Are you sitting down?) 225 mph. Like, hot damn, y’all…

While G-Power hasn’t said exactly how much skrill you’ll have to shell out for one of these whack-a-doodle wagons, we’re guessing it’ll be the kind of number for which you could get a highly-capable junior supercar. Then again, there aren’t very many junior supercars that have back seats which can a) be used by normal people, and b) have most of the equipment you’ll find in a nice home theater or home office. 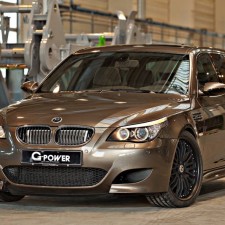 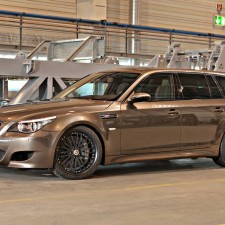 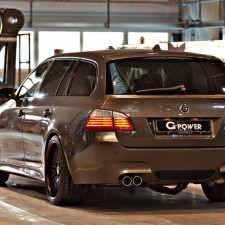 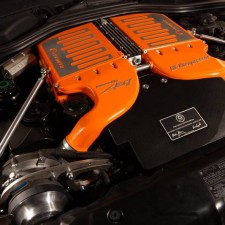 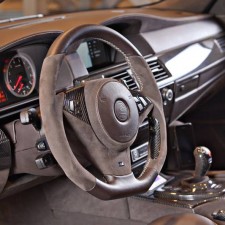 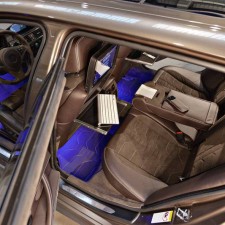 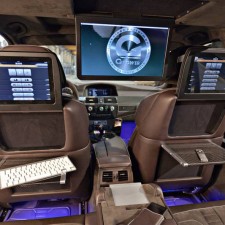 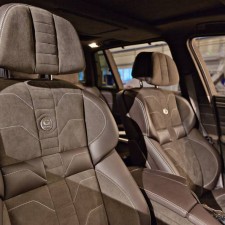 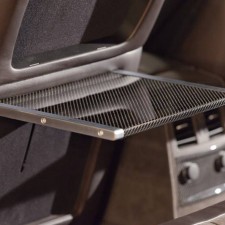 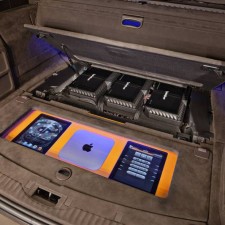