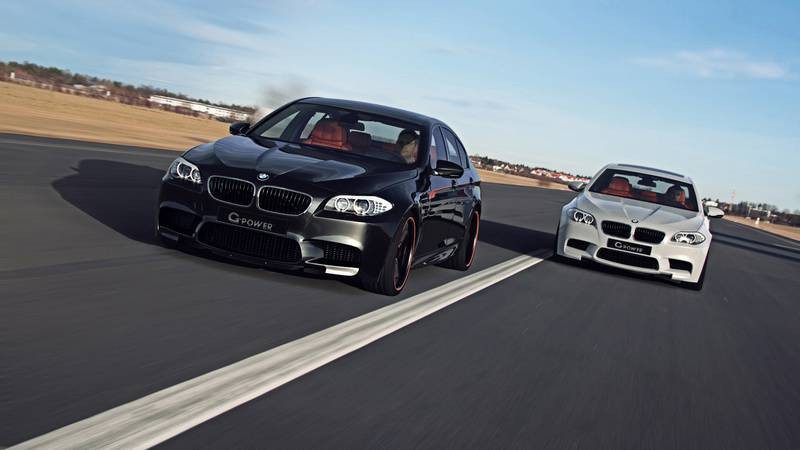 In spite of (or maybe because of) onslaughts from the likes of the Mercedes-Benz E63 AMG and Cadillac CTS-V, BMW has made its latest M5 monumentally quick. Based on the F10 5 Series, the fifth generation M5 packs a twin-turbo V8, rapid-fire twin-clutch transmission and chassis tuning that makes it behave like a much smaller and swoopier car. The net effect is a car that arguably maintains the nameplate’s status as the luxury super sedan gold standard.

But why settle for gold when you can have platinum? That’s sort of the thinking behind the bevy of F10 M5 upgrades recently announced by esteemed BMW tuner G-Power. Do they provide a big enough bump over the stock model to warrant consideration? Let’s find out. 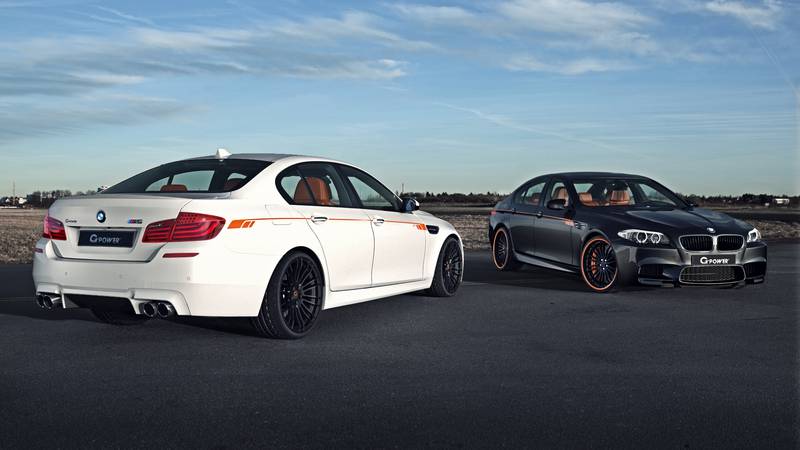 Exterior changes, as you’ve no doubt noticed, are fairly scarce. There are stripes along the cars’ flanks, and they are wearing G-Power’s own 21” wheels (the black car in these pictures wears a set of Silverstone RS rims, while the white car has a set of Silverstone Clubsports). The ride height has also been lowered thanks to a coilover kit, plus carbon-ceramic brakes and the quad tips of a high-flow exhaust system are visible if you look closely.

Naturally, the brakes, suspension and exhaust aren’t the only performance enhancing bits. Under the hood there’s G-Power’s Bi-Tronik III engine control module, which boosts the 4.4L twin-turbo V8’s output to 640hp and 573 lb.-ft of torque. But instead of adding boost out the wazoo and calling it done, G-Power’s script kitties also found a way to limit the torque when you’re banging through the dual-clutch tranny’s seven forward gears, meaning less wear and tear on the gearbox and associated hardware. Smart, yet not surprising, since a Hurricane II version –packing a projected 800hp – is in the works. 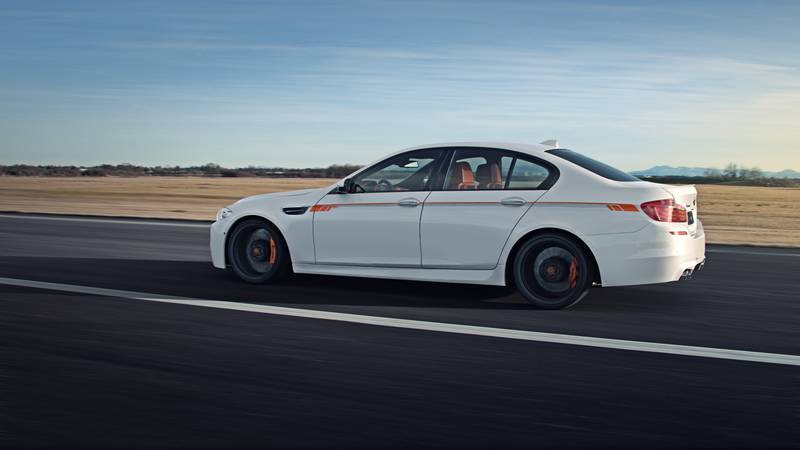 Until that monster comes along, though, you’ll just have to learn to live with 0-62 mph sprints of 3.9 seconds and an electronically-limited top speed of 196 mph. Of course, you could always leave your new M5 stock. But other than keeping the warranty intact, where’s the fun in that? 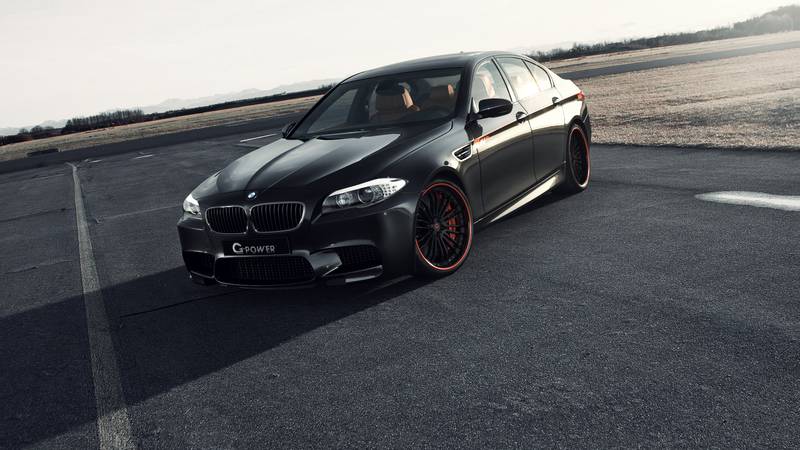 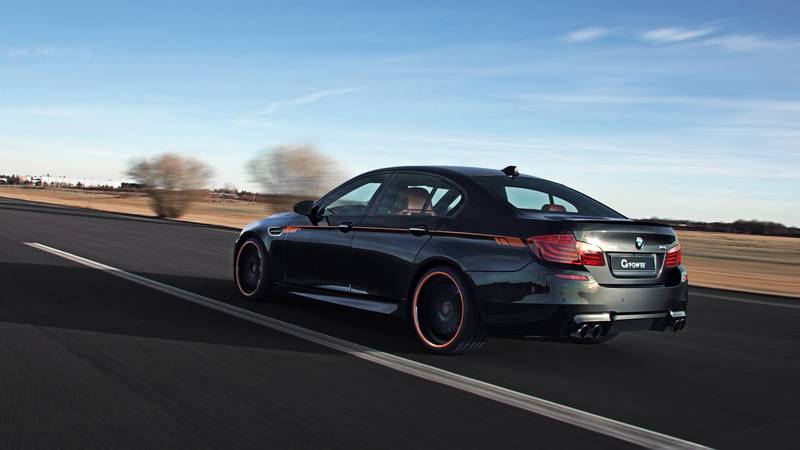