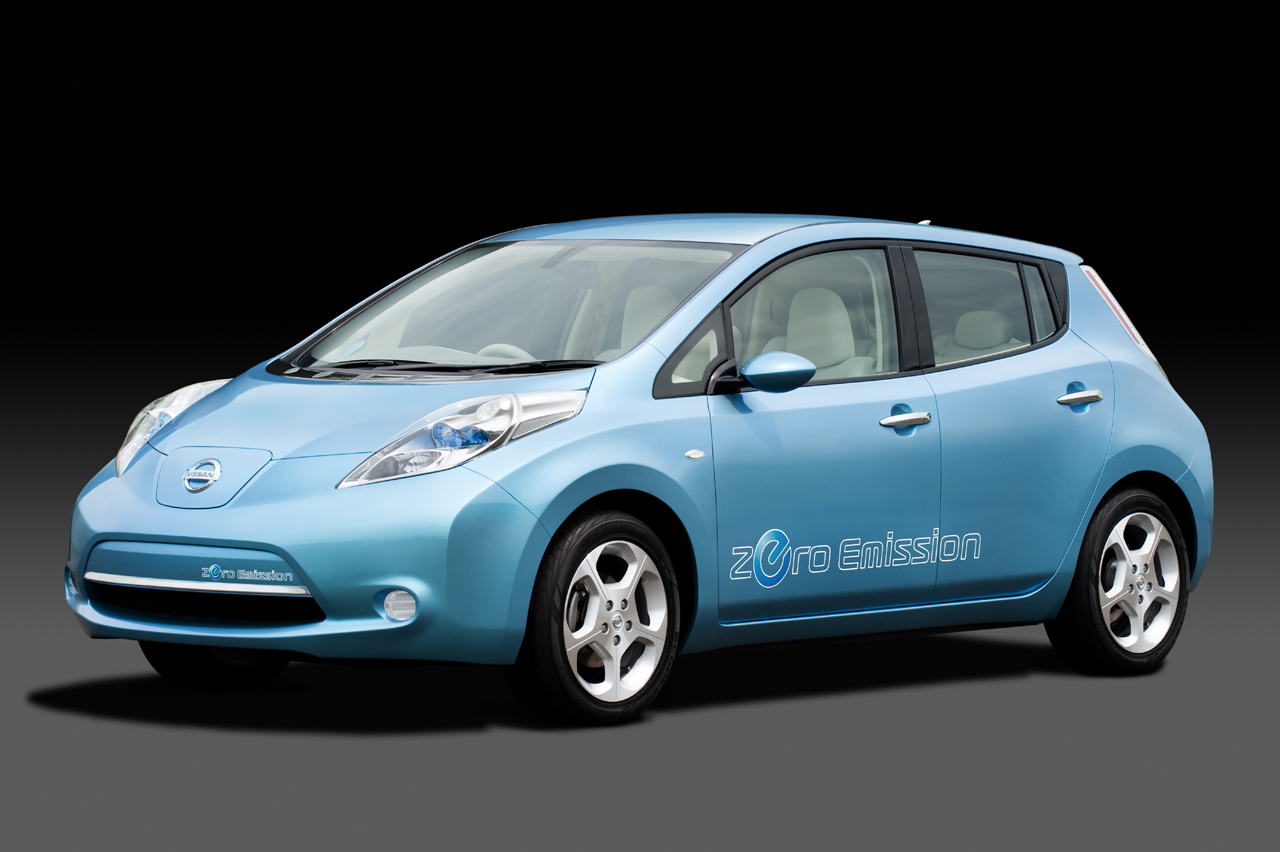 It’s good that there are a few 100% electric new cars out there; the fact that they are either six-figure-priced two-seat roadsters or beefed-up golf carts that are limited to 35 mph isn’t. Nissan asked why that’s the case, and instead of simply shrugging its collective shoulders, the company decided to do something about it. The result is a small five-door hatchback called the Leaf, which is set to arrive in select markets this December and nationwide next year.

Like the Tesla Roadster, the Leaf uses a 24 kilowatt/hour laminated lithium-ion battery pack to spin an electric motor that provides drive for the vehicle. The pack is surprisingly compact, allowing the interior to be roomy enough for five people and some cargo behind the rear seats. It holds enough juice to return 100 miles of driving under normal use, and once it wears down to the point it can only hold 80% of its original capacity, Nissan will buy it back and resell it for non-automotive electricity storage applications like industrial storage or home use. The two plugs used for recharging (one 110 volt, one 220 volt) are located at the Leaf’s nose behind a small door where the grille would be on most cars. The motor drives the front wheels, and provides peak torque as soon as you step on the accelerator. 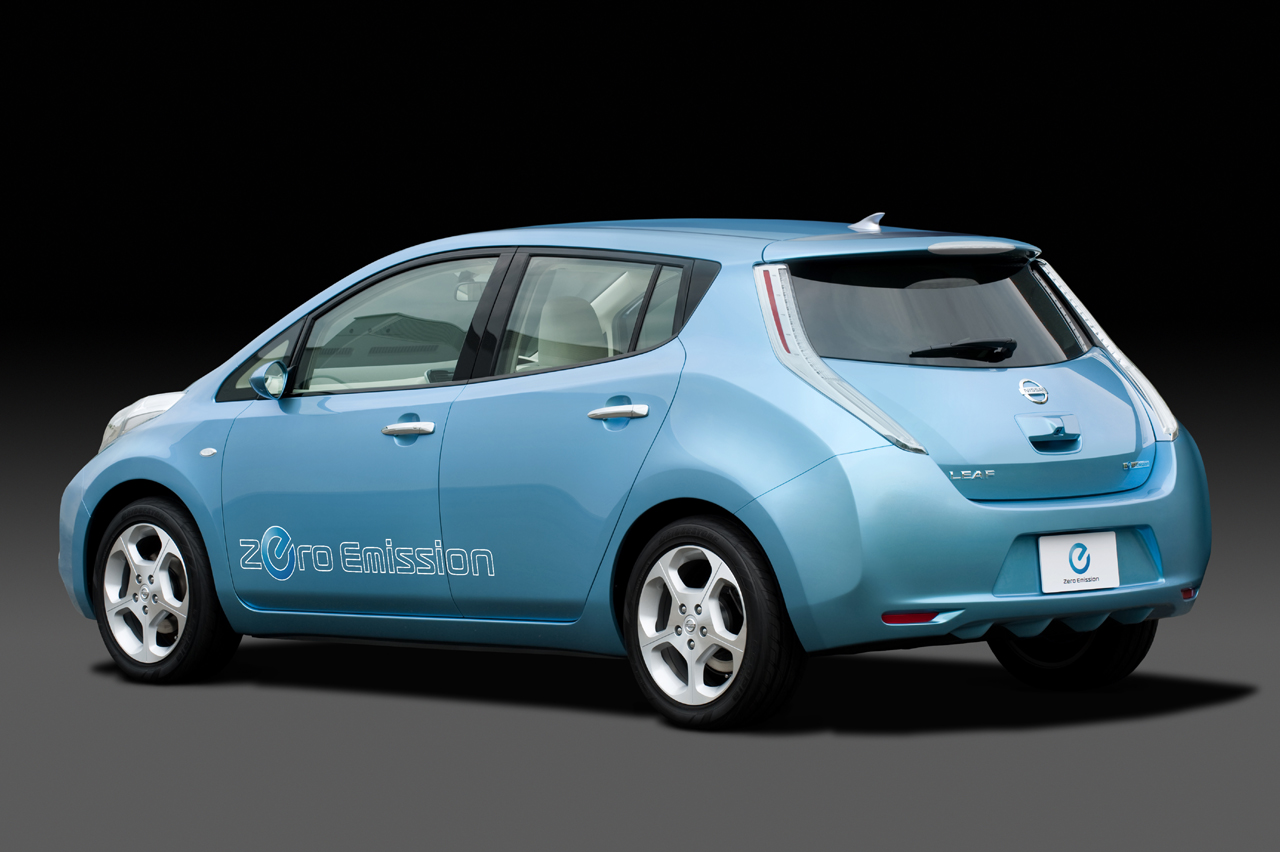 Lest you assume the powertrain is the only green bit of the Leaf, it turns out the seat fabric, dashboard and front and rear bumper skins are made from recycled or recyclable materials. And the $940 SL package, which also includes a rear-view camera, automatic headlights and foglights, features a rear spoiler with solar panels. (Standard tech toys include Bluetooth connectivity and Sirius/XM satellite radio.) Leaf drivers will also be able to use their iPhone or other smart phone to preheat or pre-cool the cabin to a preset temperature remotely. The Leaf can also send a message to your phone to let you when it’s done recharging.

To call the Leaf a pretty big deal would be an understatement; it is the first popularly-priced, popularly-shaped all-electric production car available for purchase (though you will be able to lease it if you prefer) in the U.S. in generations. What it lacks in range relative to the likes of the Toyota Prius, Honda Insight and the upcoming Chevrolet Volt, it makes up for by completely removing the internal combustion engine from the equation, something we, like it or not, can expect to see more in more in the years to come. But even the most ardent petrolheads can appreciate going 100 miles on $3 worth of energy, a figure Nissan claims is attainable if you charge during off-peak hours. 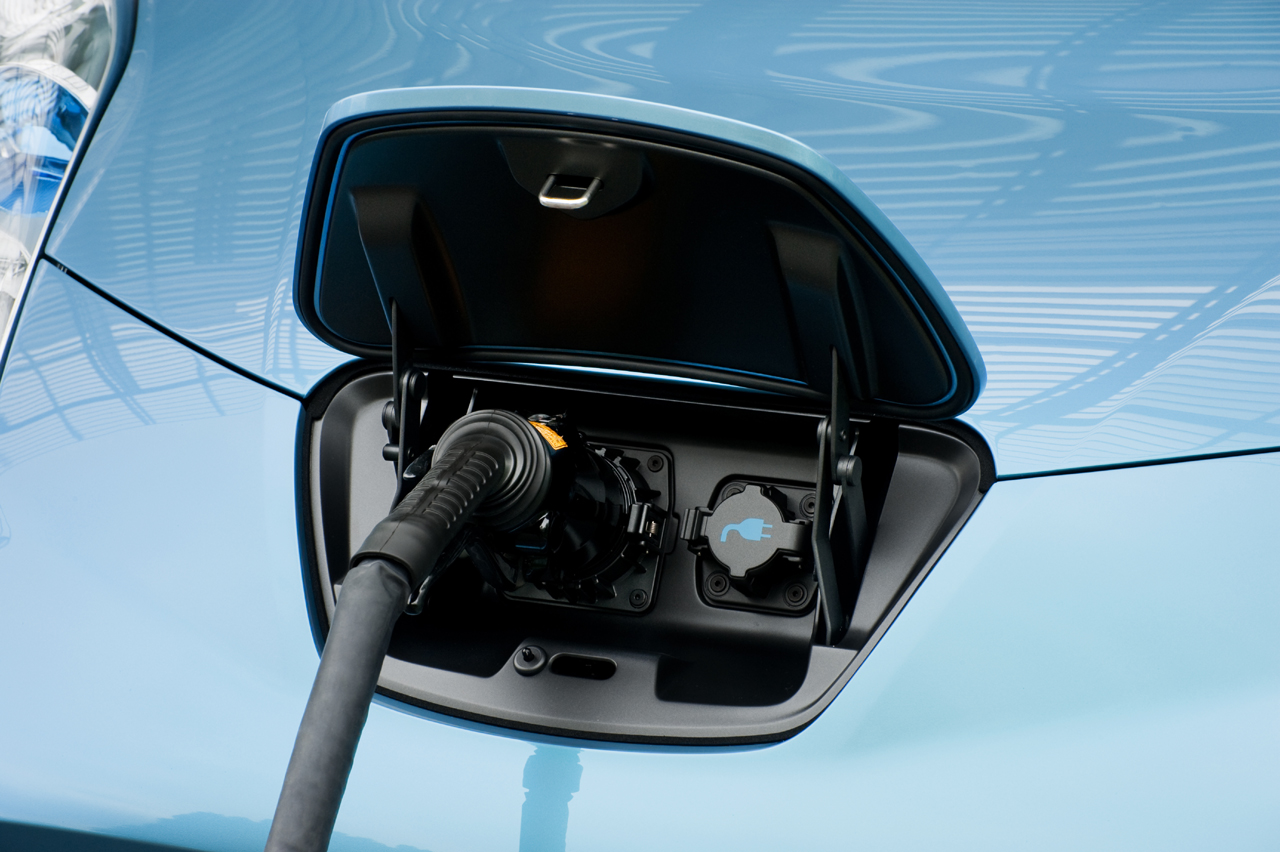 The Leaf’s pricing starts at $32,780 for the base version, but that’s before applicable state and federal tax credits and rebates; if you qualify for the full $7,500 break from Uncle Sam, the price would drop to $25,280, and some states’ incentives could bring the final tally within a couple Benjamins of $20k. The lease rate is $349, and a 220 volt home charger for faster recharges will set you back about $2,200 before tax credits. Nissan will begin accepting reservations (and the fully refundable $99 deposits that go with them) on April 20, two days shy of – oddly enough – Earth Day.