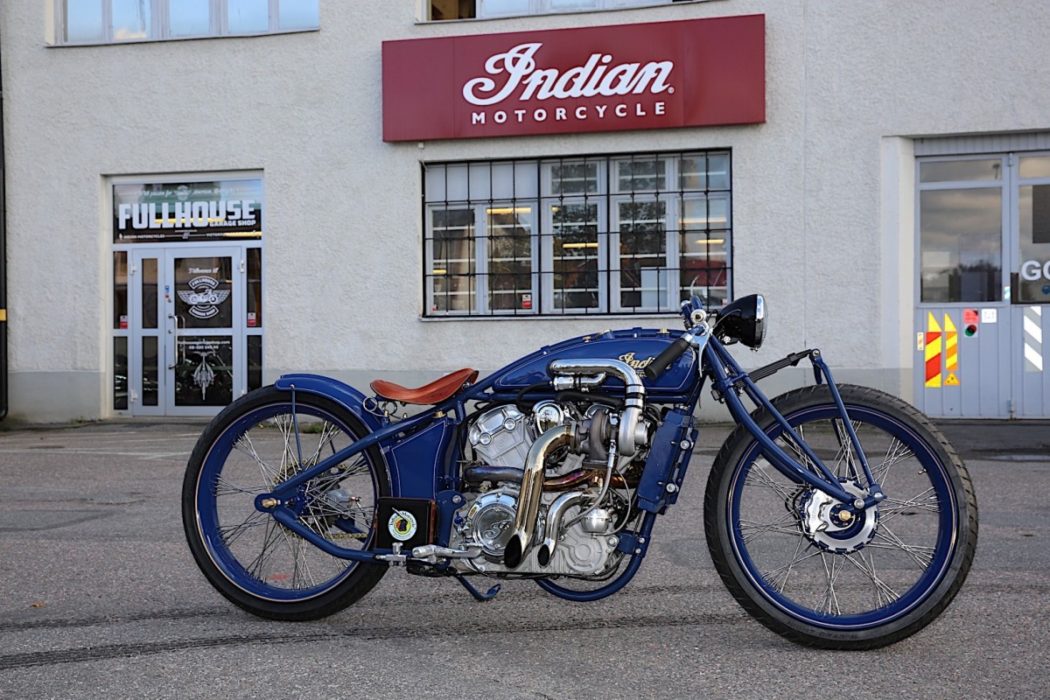 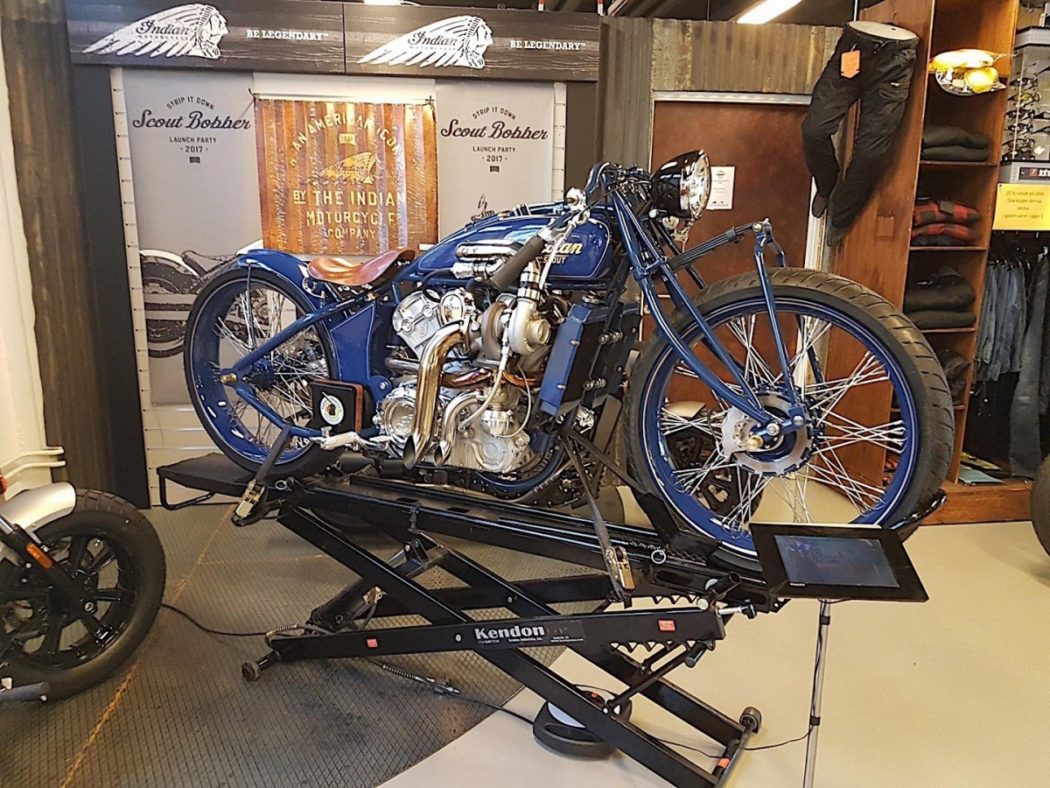 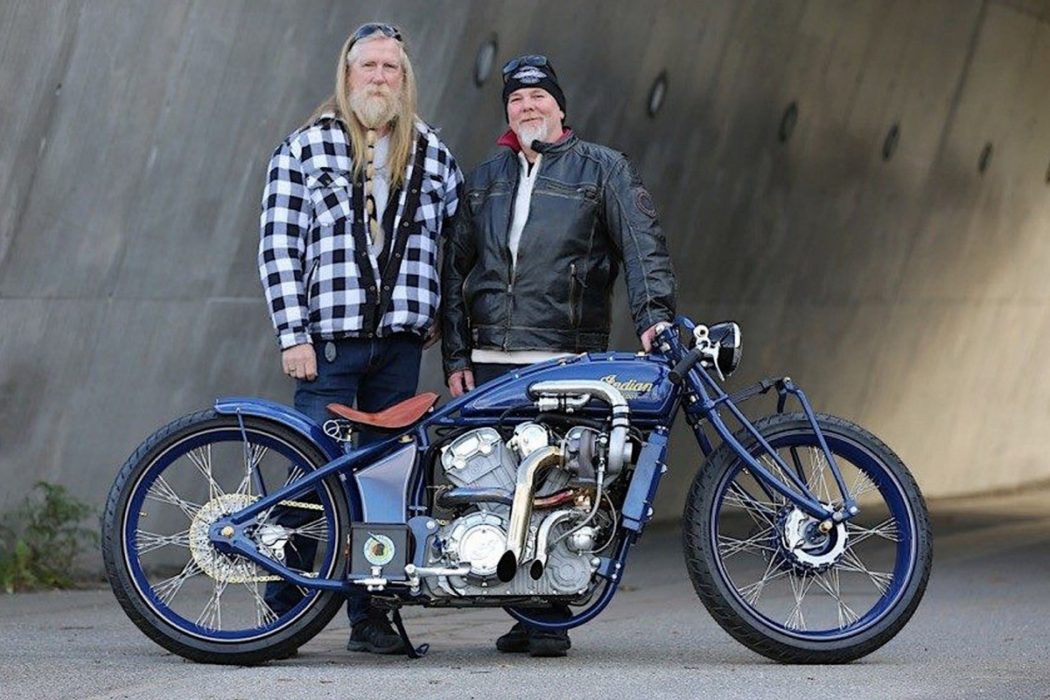 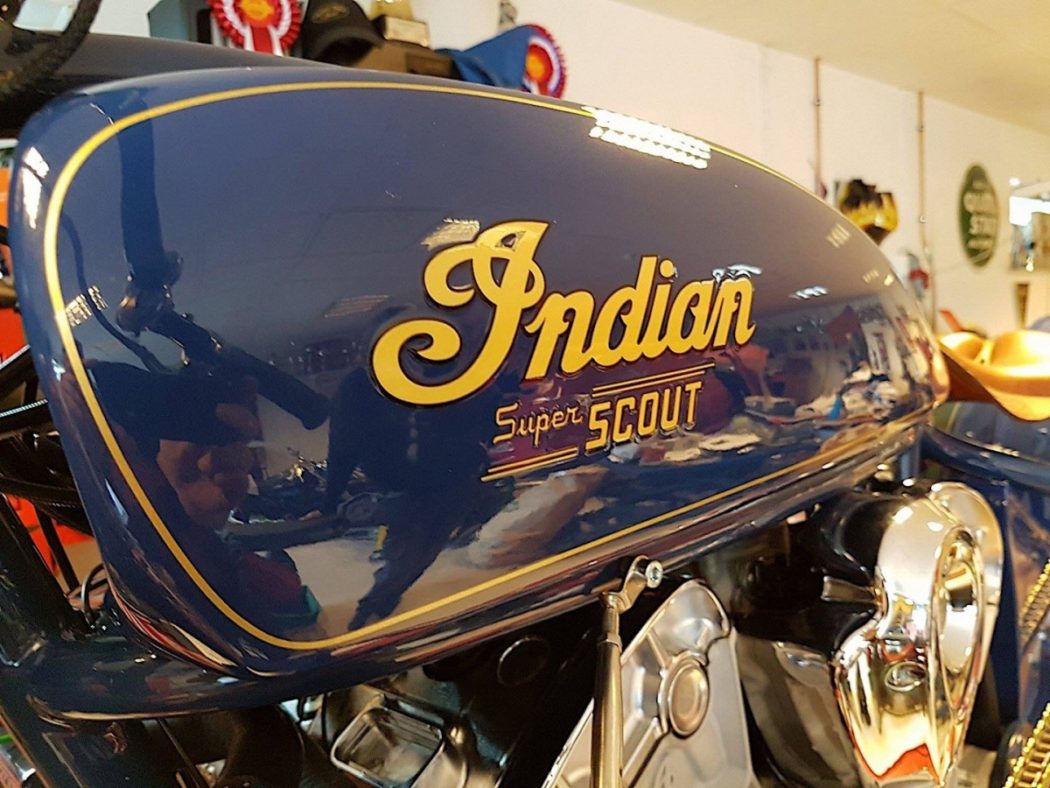 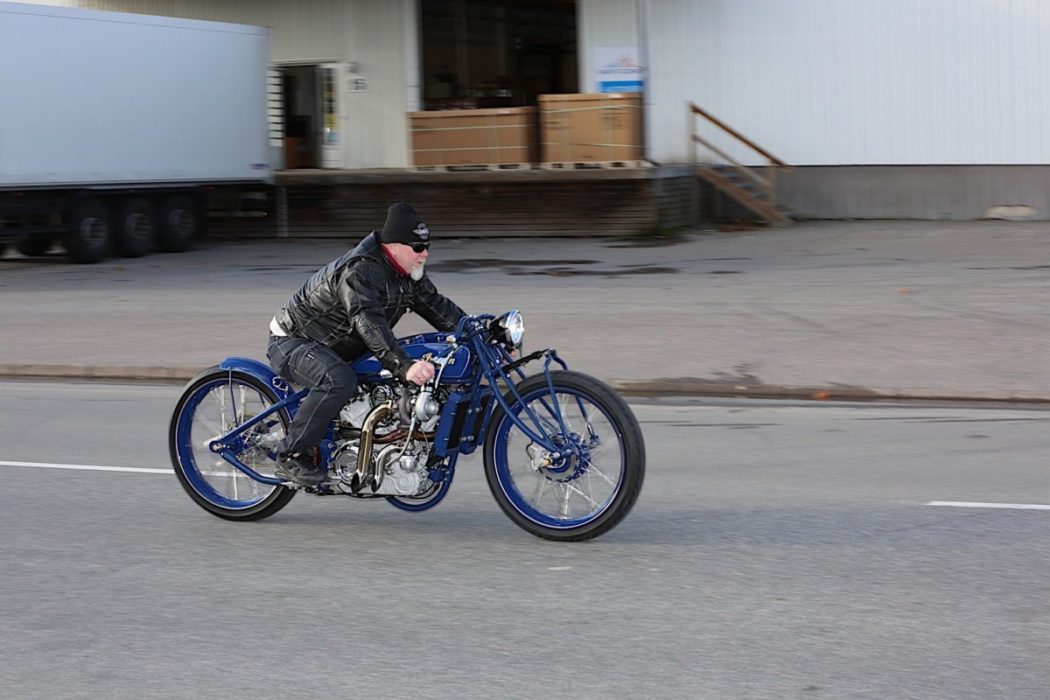 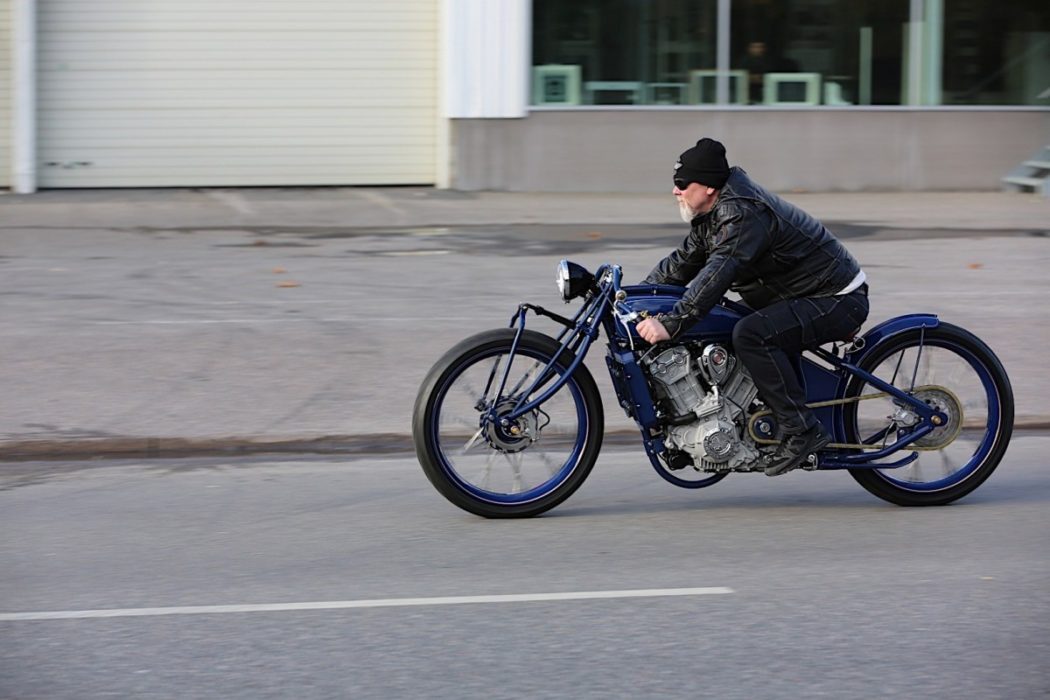 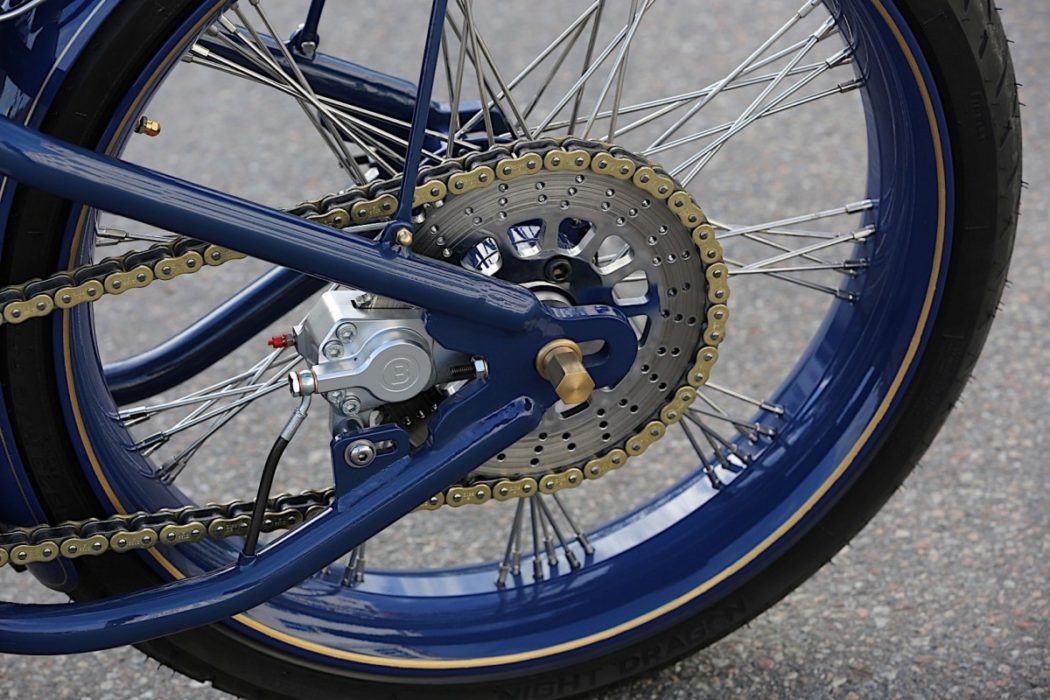 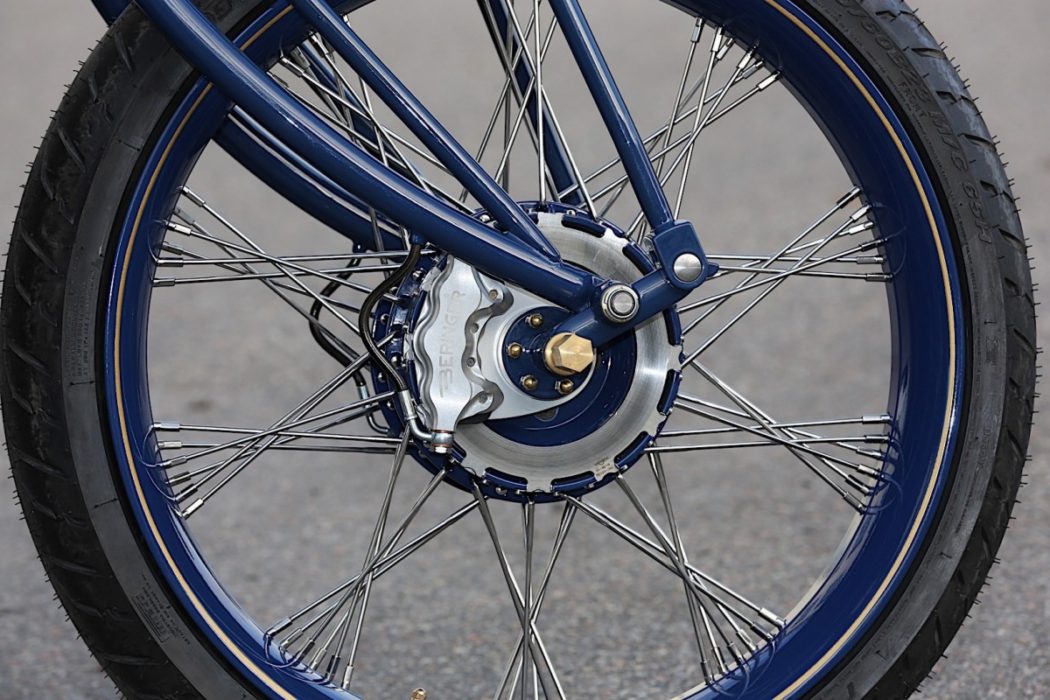 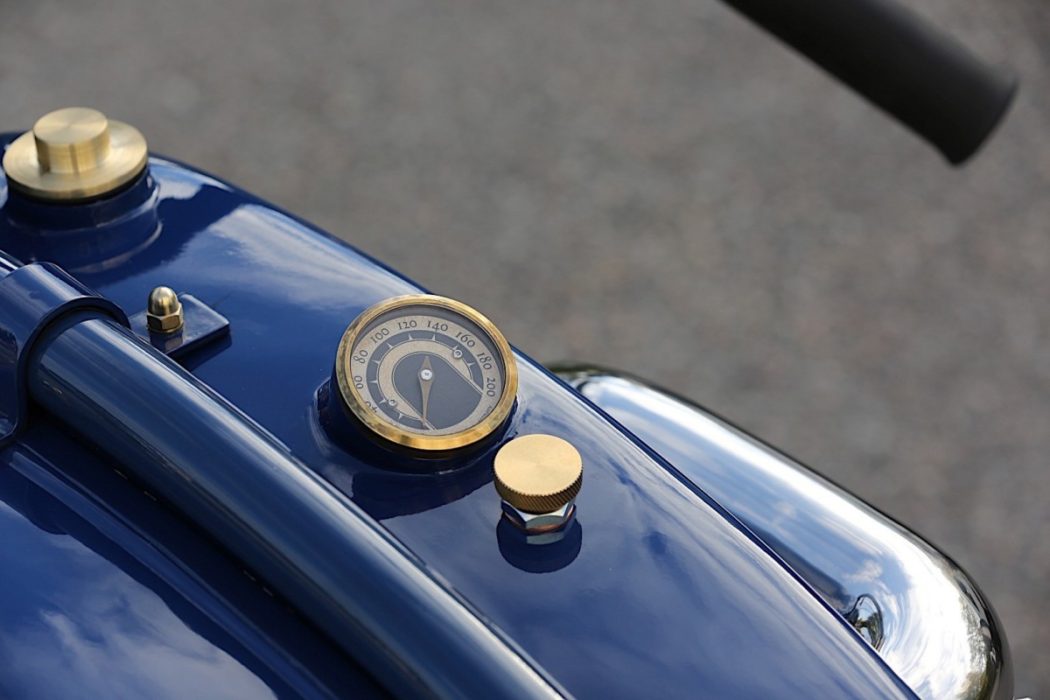 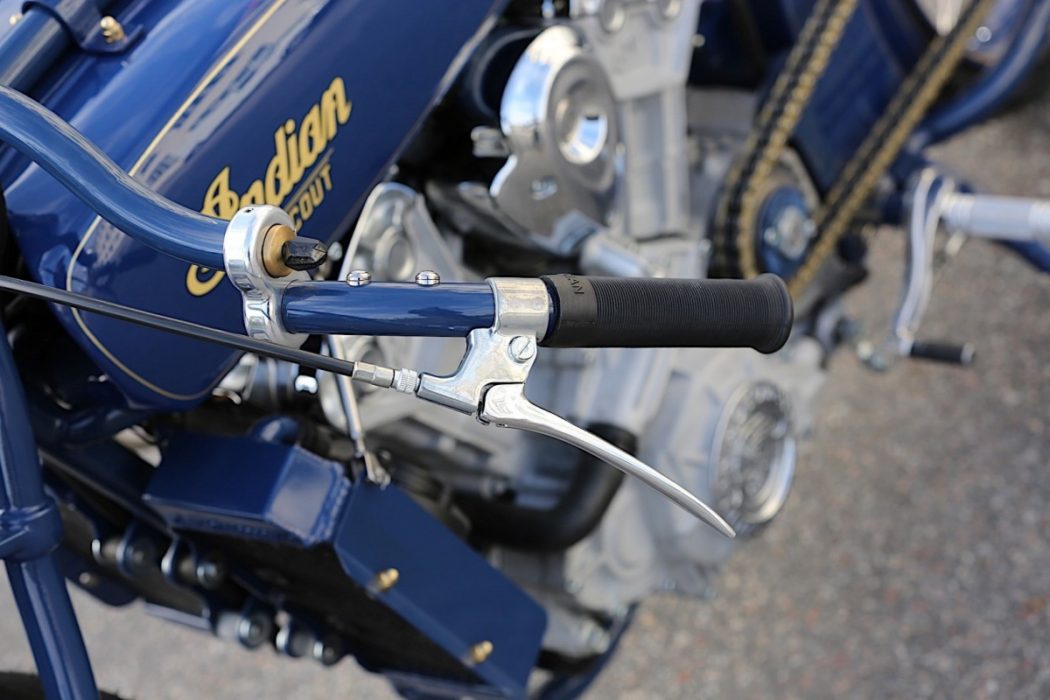 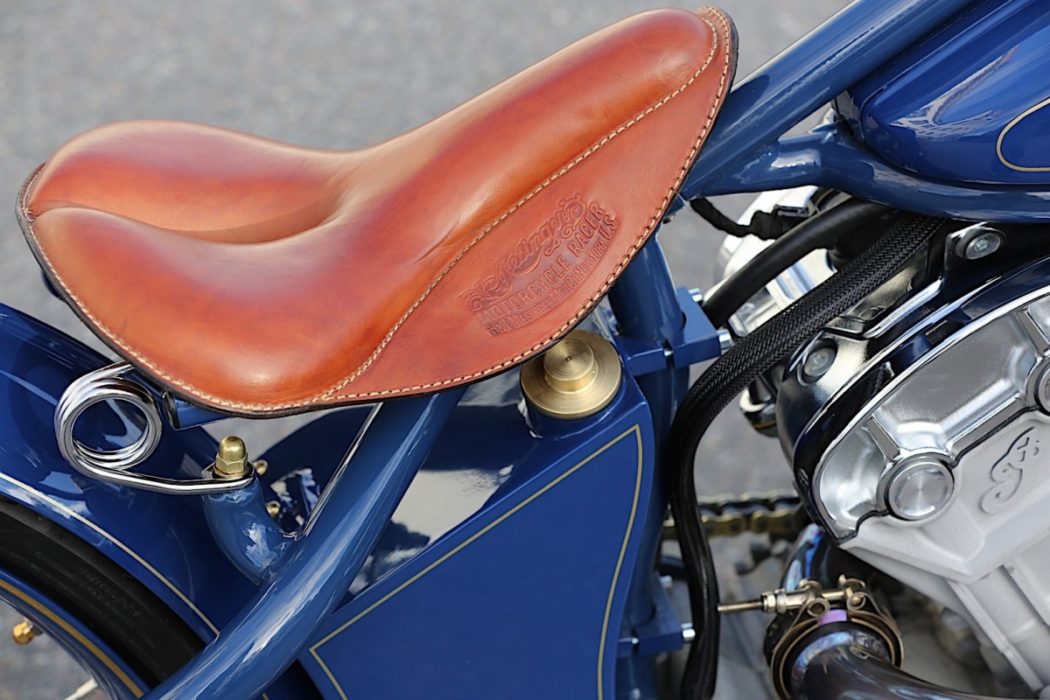 This Indian Super Scout Restomod is a Turbo Treat

Despite being very much an American brand, Indian Motorcycle was actually co-founded by a Swedish immigrant by the name of Oscar Hedstrom. Like his eventual partner George M. Hendee, Hedstrom had a background in bicycle design and manufacturing. So given Hedstrom’s backstory, it’s only fitting that a couple of Swedes – Anders Lundgren and Lasse Sundberg of Fullhouse Garage Shop – would take a vintage Indian Super Scout and put their own special spin on it…and spin is something the rear wheel will do for a long way.

Why will it do that, you ask? Because the vintage V-twin is breathing through a Garrett T25 turbocharger which, according to the guys, allows the engine to produce between 150 and 200 horsepower depending on the boost level. That makes this beautiful blue board track racing inspired motorcycle a mighty fast ride, which is a bit of a shame because unless you encounter it while it’s parked, you won’t be able to get a good look at the myriad other custom touches like a custom rear fender, LED taillight, a Honda CRF450 radiator for the engine and turbo, and a dummy fuel tank modeled after the one installed on 1920 Indian Scouts to hide the ECU, Bluetooth antenna (which allows the engine tuning to be monitored and adjusted via an iPad) and other modern electronics (The real gas tank is hiding in plain sight under the saddle.). We think Mr. Hedstrom would approve…once he picked up his jaw after hearing that we have 200 horsepower motorcycles in this century, of course.