Friday Matinee: Racing the Osaka Loop Road with the Kanjozoku 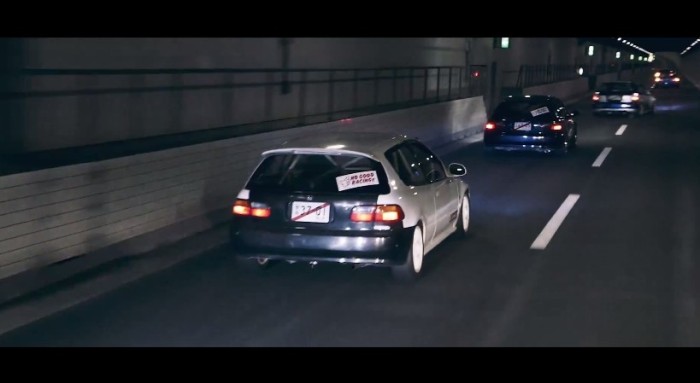 One of our very favorite video games for the PlayStation 2 was Tokyo Xtreme Racer 3. However, that title was rather misleading, because in addition to being able to race around the highways of Tokyo, you could also venture further south into Yokohama, Nagoya and Osaka. It was through the game that we learned the central beltways (or loops, as they’re known locally) in Nagoya and Osaka only flow in one direction: Clockwise. Interesting, but there’s not an actual underground racing scene on them in real life…right?

Oh, but there is. In this short documentary, the folks at Bowls Films introduce the outside world to Osaka’s Kanjozoku. For decades, local speed junkies – almost all of whom seem to drive Honda Civic hatchbacks – have been orbiting the Hanshin Expressway Route 1 Loop Route in the dead of night, challenging each other to races…and challenging themselves to avoid the cops. Some of these Honda jockeys worry that younger generations don’t seem as interested in this illicit, informal motorsport. We wouldn’t be terribly saddened if it did die out, to be honest; yeah, it’s exciting and the cars – which are claimed to be tuned in the real JDM style, rather than the apparently bastardized version popular here in America – are neat, but really, it’s too hazardous for too many people’s health.