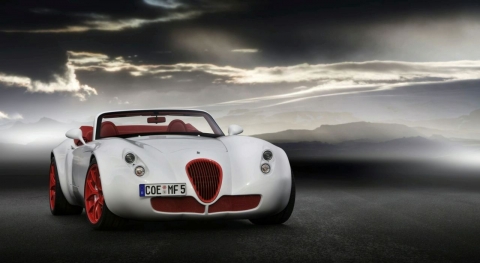 Wiesmann first made its big splash at the Geneva Motor Show back in March of this year with the release of the 367 horsepower MF4 Roadster. Now, the retro-futuristic manufacturer from Germany has just unleashed a new, much more compelling creation at the Frankfort Motor Show. The Wiesmann Roadster MF5 is powered by a variation of the BMW V10 engine found in the M5/M6, so you know it’s gonna be fast. How fast, you ask? Well, this 507 horsepower open-air speedster will be able to hit 60 mph in just 3.9 seconds and top out at 192 mph. 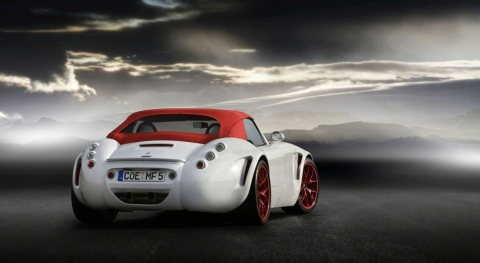 Details are relatively scarce but the MF5 Roadster features a throwback style convertible top, lively red and white paint scheme and an extendable rear wing. Standard safety features include dual airbags, ABS and stability control. The Wiesmann Roadster MF5 will have a production run of just 55. Pricing is expected to start at €189,500 ($278,000 USD). 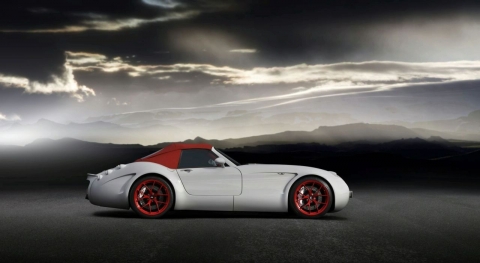 As a side note, Wiesmann plans to build a GT MF4 coupe live on the last day of the show (September 27th). That should be a pretty interesting spectacle. Hopefully, we’ll have some shots from that event as well…