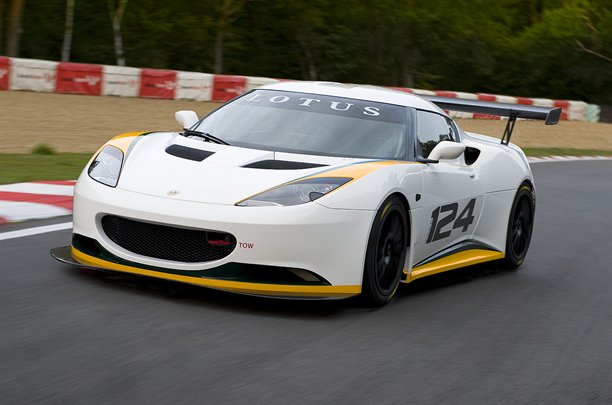 British manufacturer Lotus Cars has been a motorsports behemoth for what seems like forever. So, it’s only natural that they would be releasing a racing version of their latest and greatest sports car, the 2010 Lotus Evora. Their new Type 124 Endurance Race Car has just made its official debut at the Frankfurt Motor Show and its transformation from the street to the track is stellar. Not only is this Evora completely reworked from the inside out, the Type 124 benefits from everything one would expect to make a competitive GT3-spec racer. 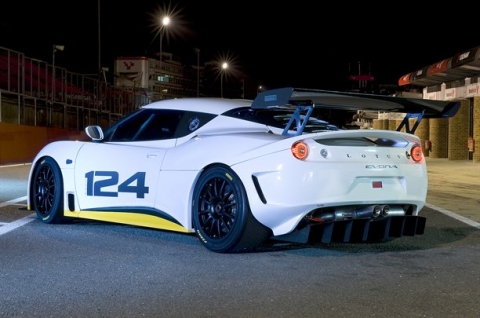 The Toyota-sourced V6, which produces 276 hp in the stock car, is bumped up to 400 hp, with power delivered to the rear wheels by a six-speed sequential paddle shift racing gearbox. The Evora is a sub 5 zero car, so we can only imagine how quick the Evora Type 124 will be around the track. Carbon fiber body panels and a full-on aero package including a massive rear wing and rear diffuser help keep it firmly planted. The car sits on 18-inch wheels shod in Perilli racing slicks. Stopping power comes via six-piston AP Racing calipers. And of course, a serious suspension system overhaul took place which includes four-way adjustable dampers and adjustable anti-roll bars. 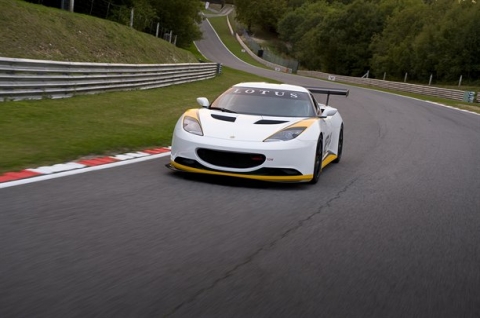 The base Evora model tips the scales with a curb weight of only 3,050 pounds. Because of all of the weight saving mods that Lotus engineers performed, including removing 3 additional seats and stripping out the interior, over 440 pounds were shed. To partake in the GT3-spec class, the Type 124 has a full FIA-spec rollcage, FIA-compliant 120 litre ATL fuel system and FIA fire extinguisher system.

The Lotus Evora Type 124 Endurance Racer will make its debut at the Nurburgring 24 in Germany in May of next year. Since this is one of the most brutai and perilous tracks in existance this will be a serious first test. Lotus took home the British GT3 Championship in 2006 with the Lotus Exige, so we think they stand a great chance putting together a winning record over the next couple of years with their factory-supported Type 124 race program.