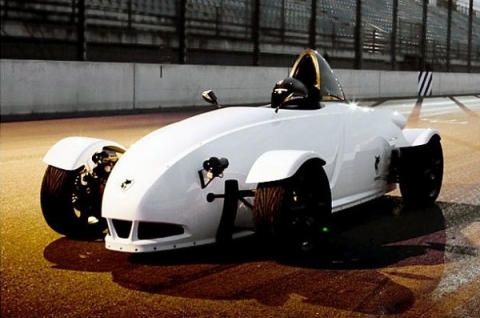 Electricity has always been fun. As a kid, a simple flashlight could be anything from a light saber (classic) to a magic pen that could write in space. Then you get a little older and graduate to slot cars. Of course with the advancement of technology, high-tech RC cars captivated the minds of children and adults alike. These cars cost hundreds of dollars, and you could change out all of the components you wanted until you were a 12 year old driving a 6 pound car at 40 miles an hour down your street. And then you hit 16, and electricity was suddenly boring. Because at 16 you discovered gasoline, and all the magic powers that come with the internal combustion engine.

I still appreciate all the things electricity gave to me. I love electricity, from the complicated television, to the simple act of flipping a switch to light my room. But my light switch couldn’t do a burnout. No matter how many candlepower that new flashlight has, or how many apps they make for the iPhone, the visceral feeling that cars and horsepower give us is something unique. If you have ever driven a Prius you understand. I am impressed by the technology and the results provided, but it is one of the most boring vehicles on the planet. But very soon, there may be a car at your local track day that runs on some pumped up AA batteries, and is able to silently blow by you in turn 4: the eWolf e1. This electric supercar is making it’s debut at the 2009 Frankfurt Motor Show. 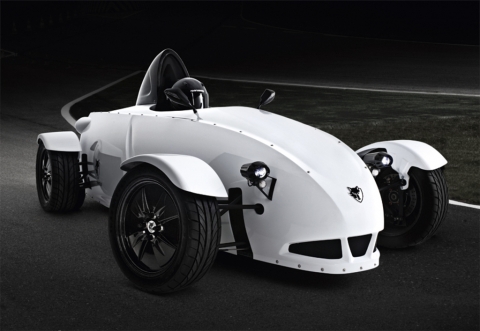 The e1 started life as an engineering exercise between E-Wolf, the Saxony Lightweight Center and the Institute for Lightweight Structures and Polymer Technology at the Technical University of Dresden. UT Dresden is one of the largest universities in Germany, with over 34,000 students. What sets this school apart from your average SEC University is its focus on nano-technologies, metallurgy, transport design and cutting edge materials research. The school sits on an area commonly referred to as “Silicone Saxony”, and their budget last year was more than $700,000,000. Basically, if you want to build something that uses cutting edge technology, space-age materials, weighs next-to-nothing, and uses electricity, this is the place to do it.

And that’s how the e1 began. It started as a way to show the world the weight savings that are possible when lightweight materials, like Carbon Fiber, are used extensively on a vehicle (even the wheels). The project was doing so well that eWolf wanted to see if a production vehicle was possible. So they went to Li-Tec, the makers of breakthrough battery technology, to have them build a battery for them. So eWolf, Li-Tec and UT Dresden all agreed to move forward to create a production-level vehicle. And the results are impressive.

Visually, the car looks all business. It reminds me of a soap box car, the shell just large enough to accommodate a person’s body. If you want wind protection, you better bring it yourself. It reminds me of a KTM X-bow, with an industrial design that is clearly aimed at function. I will say that function looks pretty cool wearing a white suit and carbon fiber shoes, though. The fighter-pilot cockpit gives the car an aggressive Formula 1 look, especially with the peaked scoop behind the driver’s head (although instead of being an air intake, it’s likely for engine cooling). Somehow all this experimentation with lightweight materials turned out a car that just looks fun. It sits low to the ground, and the exposed wheels should make hitting apexes about as easy as falling onto the ground.

Since the goal from step 1 was to save weight, let’s give you an idea of how they did: 990lbs. That’s lighter than the current featherweight champ, the Ariel Atom. And it was no easy feat getting the weight this low; the battery pack alone weighs 594 pounds. This means the body, suspension, frame, brakes, seats, wheels, and ashtray (if it has one?) only come out to 390 pounds. That light weight is indicative of the successes that eWolf has had with this “exercise”. If this car were a boxer, it would have to make a few trips to a casino buffet before the Featherweight weigh-ins. Even after a few weeks of a Kirstie Alley diet it would be a close call to make the minimum weight.

The e1 has no problems in the “go” department. It runs a single 110kW engine, which produces 147hp and 185 ft lbs of torque. Hit the…spark pedal (?) and it will go from 0-60 in just under 5 seconds. Hold that pedal down and the e1 will scream, er, hum, its way to 147mph. And you won’t have a problem running out of juice in 20 minutes like my old Tiger Trax RC car did as the e1 has a range of 300km. Handling figures aren’t available yet, but the math adds up well. Carbon fiber wheels + racecar design cues + driver in the middle = good. Just ask Gordon Murray how that recipe works out. There is only one, er, interesting note about its performance. They were all achieved with a driver that weighs 150 lbs. Not only that, e1 is saying that the car cannot be driven by someone who is heavier than 150. We’re not sure why drivers that weigh more cannot drive the car. Perhaps the car can’t handle the extra force a larger driver might create. Either way, I’m going to keep eating carbs until I get a formal invitation for a test drive.

So it weighs next to nothing, has no carbon emissions, and you can charge it in your garage between joyrides. Well there’s one catch I see and that is the price. It’s not cheap. In fact, I don’t think I would even call it “expensive”. A 60-inch plasma is expensive. A full Klipsch surround sound system is expensive. Heck, even a new iBook is expensive. But this grown-up RC car’s price is, unfortunately, proportional to its size. It costs $220,000. Make no mistake; this car is a great achievement in the world of “green” vehicles. It provides exceptional performance, and the fun factor is probably up there with plenty of its “dinosaur water” powered rivals. But is the world ready to spend $220,000 on a one seater car that forces you to say “No thanks” to your own birthday cake, for fear of weighing 151 lbs the next morning? I guess we will see. EWolf is going ahead with production, but with a very low numbers. 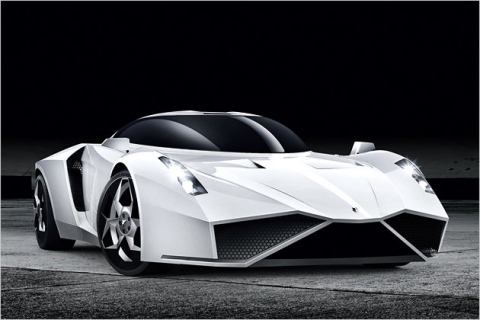 However, if it goes well, they have another idea they’re tossing around. It’s called the e2, a 2-seater car powered by 4 100kW motors, with each wheel powered by its own motor. 400kw is equal to 536 horsepower. It would be hard to say yes to a 1 seater car that makes Civic-like power for the money of a new SL65 AMG. But if eWolf can build a car that makes AMG-level power, that might be a fighter worth betting on. 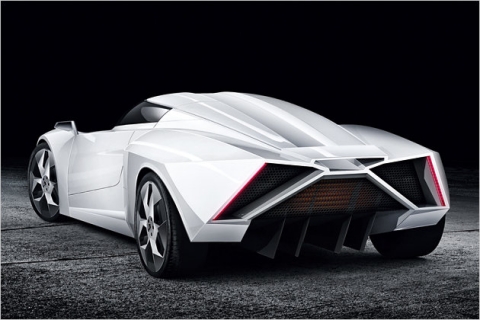