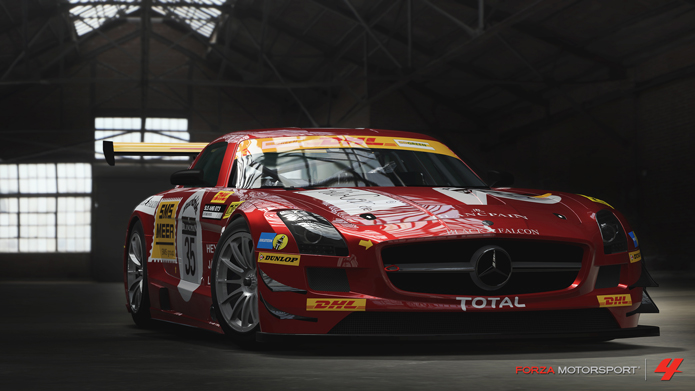 On top of the vast tuning and customization options, stout physics engine and comprehensive online play, Forza Motorsport 4 has a fascinating variety of vehicles from which to choose. Whether your proclivities lean toward mammoth SUVs, fire-breathing supercars, snappy hot hatches or out-and-out race cars, the latest installment of the Xbox 360’s flagship racing title has something for you.

This is not to say, however, that the folks at Turn 10 included as many vehicles as they could have on the disc. To remedy this, the company has been releasing downloadable 10-car add-on packs for the last six months. Each one has added variety and depth to the already eclectic car roster, and the one for this month – the April Alpinestars Pack, which dropped yesterday – is no different. 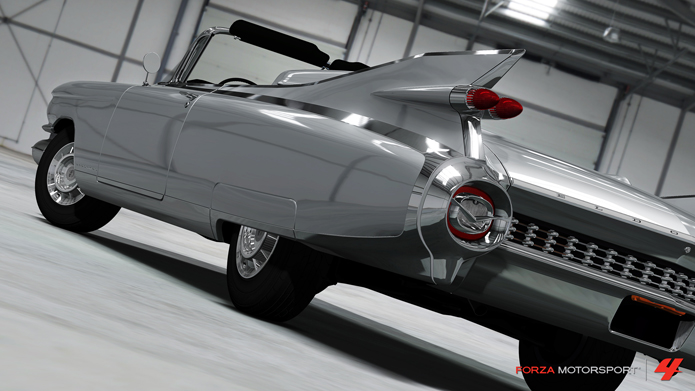 If you’ve ever wondered what it would be like to hoon a 1959 Cadillac around the Nürburgring Nordschleife, you’ll now be able to get some idea of what it would be like thanks to the inclusion of a ’59 Eldorado Biarritz (pictured above). This vintage softtop – the second most expensive Caddy of the era behind the four-door Eldorado Brougham – is widely regarded as the poster child for American automotive excess, with its acres of chrome and towering tailfins. Of course, like the other Eisenhower Era sleds in the game, it makes us pine for whitewall tires, something we hope will be remedied in Forza 5.

Speaking of making fanboys’ dreams come true, this pack also adds one of the most requested cars in Forza history: A first-generation Mazda RX-7. The example in the pack is a 1985 GSL-SE, meaning it is the last year of the Gen 1 RX-7 and the first year for the immortal 13B two-rotor engine in the RX-7. We expect to see a lot of these being drifted, but don’t be surprised to see them participating in time attack, drag racing and circuit racing as well. 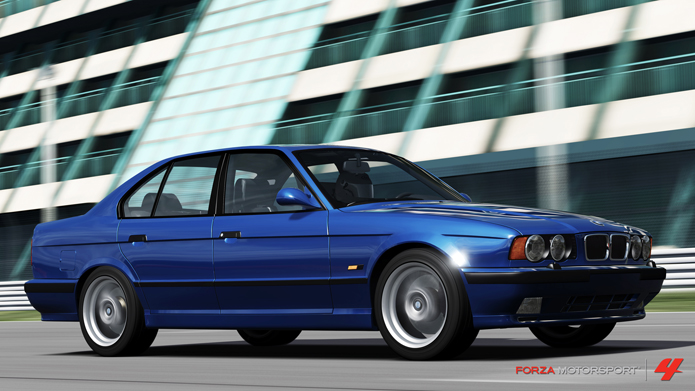 A while back, we compiled a list of the 10 baddest German sport sedans; the April Alpinestars pack includes one that made that list, and one that didn’t. The former is the Mercedes-Benz 300 SEL 6.3, the imposing, 600-powered forefather of the modern AMG S-Classes we all know and love. The latter is the second generation, E34-based BMW M5 ​(seen above). The E34 was the last six-cylinder M5, and its addition means all five generations of Munich’s magnificent midsize muscle sedan are now in Forza 4’s virtual BMW showroom. Italy is also gets a seat at the sport sedan table with the 2011 Maserati Quattroporte Sport GT S.

And if you’re really into magnificence, check out the 1997 Volvo 850 R ​below. This front-drive family hauler combines turbocharged punch and Scandinavian sensibility in one curve-deficient package. Also: About five more 1994 British Touring Car Championship liveries were uploaded to the Storefront in the time it took you to finish this paragraph. 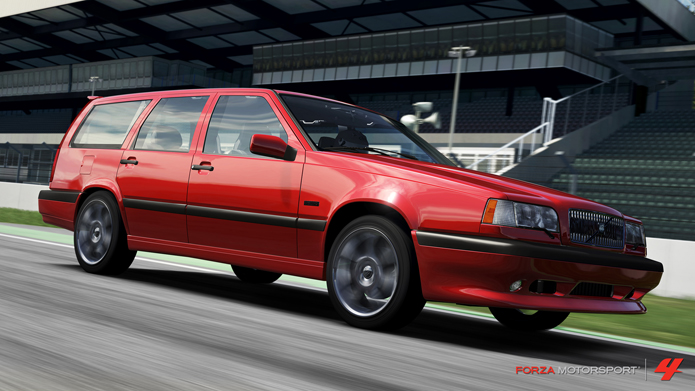 Staying at the racing desk, this pack features a pair of racing cars. There’s a Mercedes-Benz SLS AMG GT3 from Black Falcon Racing though, like every other vehicle in Forza, you can respray it as you please. The other racecar in the pack is the Aston Martin AMR-One, which you might remember from our recent list of competition cars that fell flat on their proverbial faces. While we haven’t driven this open-top LMP yet, we’re going to go ahead and assume it will run for more than three consecutive laps in the game.

So what about the last two cars in the pack? Well, both cars – the 2012 Jaguar XKR-S and 2012 Scion tC – are neat, but earlier versions of both are already in the game. Personally, we would have liked to see an XJS and an FR-S instead. 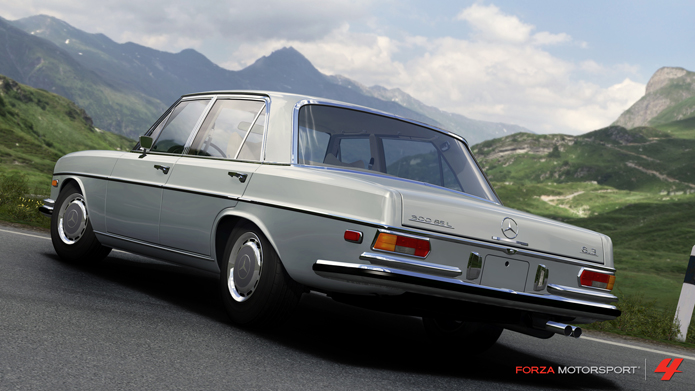 If you’re like us and bought the Season Pass, this month’s pack is the last one that will be included with that. There will be at least one more DLC pack released for Forza 4, though: The wildly anticipated Porsche Expansion Pack, which is coming May 22, will feature 30 of Stuttgart’s best (seven of which will be making their first appearance in a Forza title), 20 Career Mode events, and 10 Xbox Live achievements. It is the result of Turn 10 and Electronic Arts (exclusive holder of the Porsche license for video games) agreeing on a price for a sub-license.

In the meantime, why not fire up the ol’ 360 and get the April Alpinestars Pack for yourself? If you still aren’t convinced, give this little video a watch and see if it doesn’t change your mind.