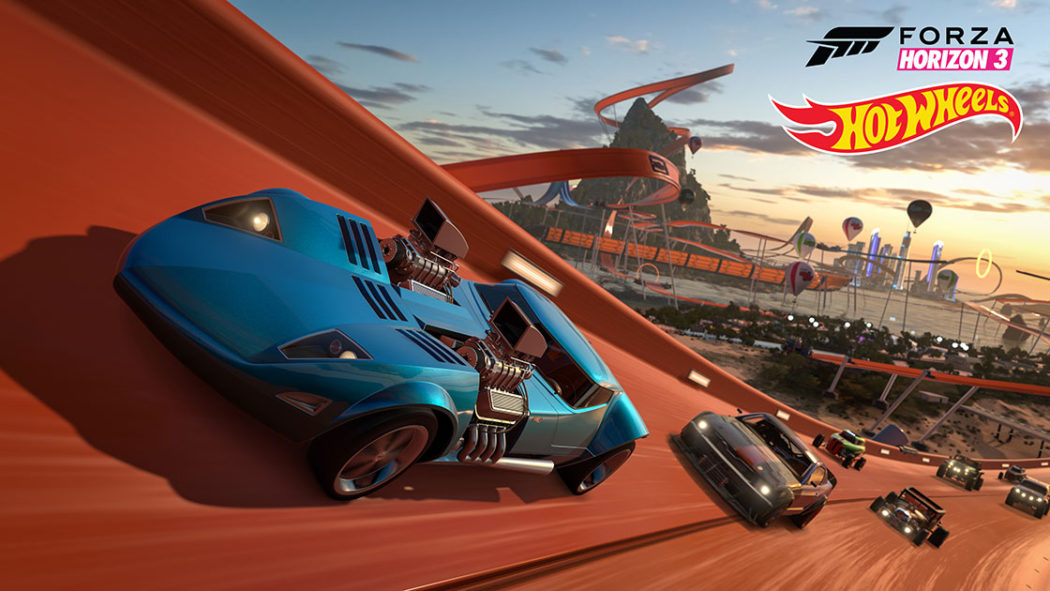 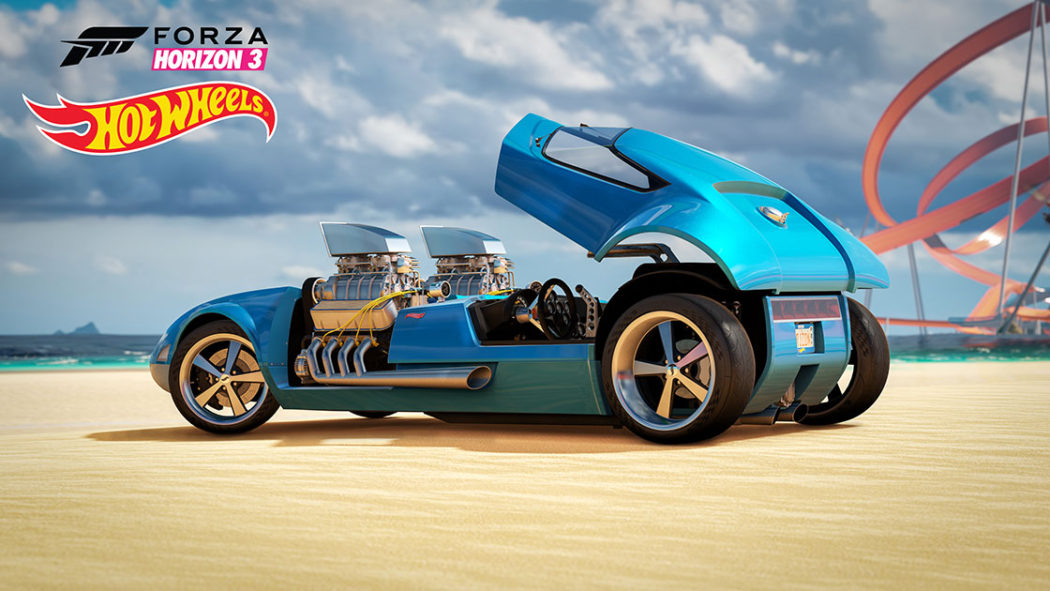 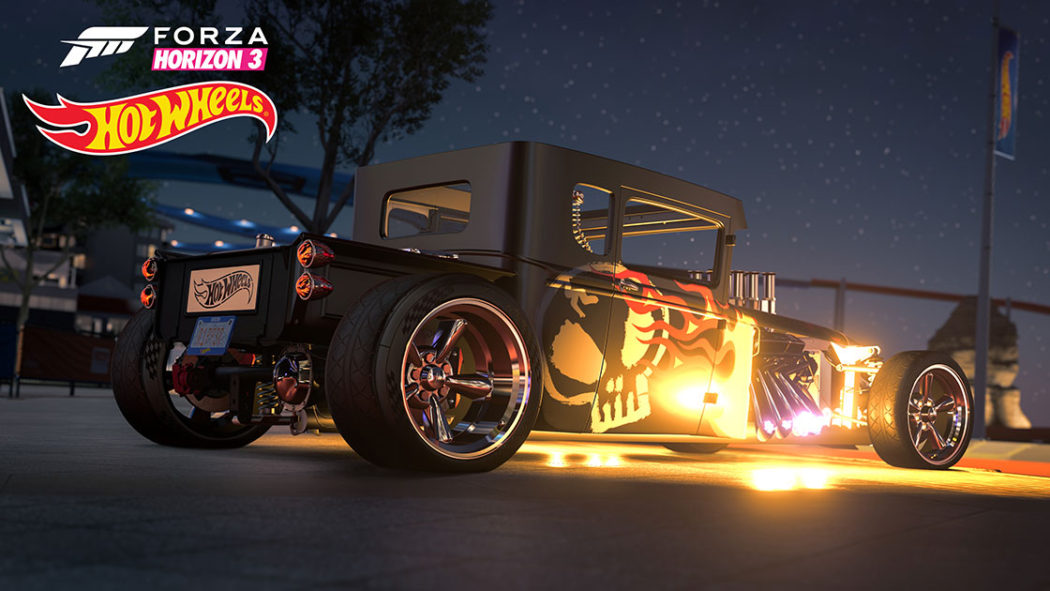 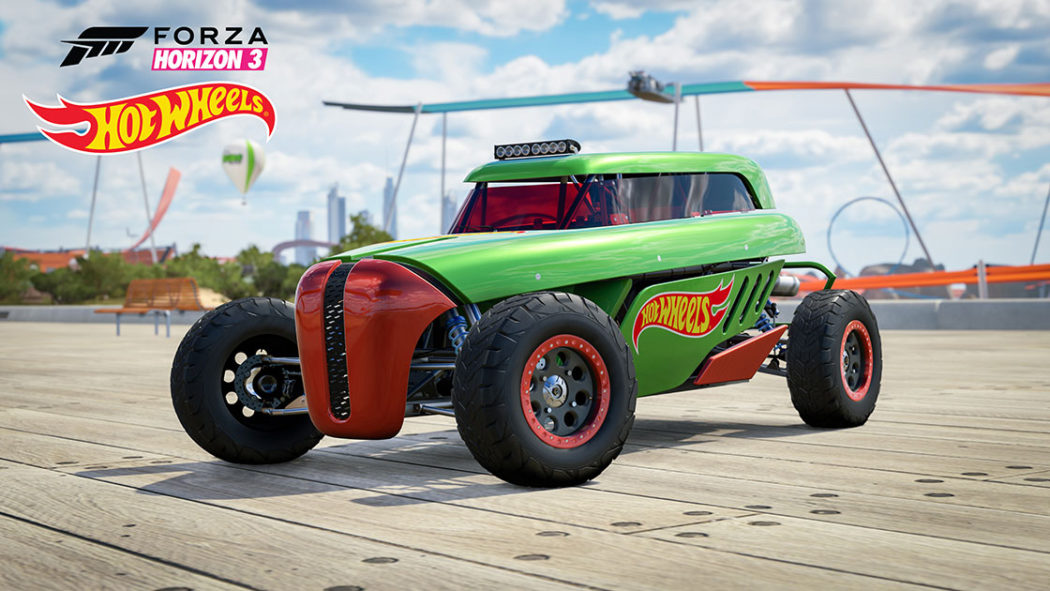 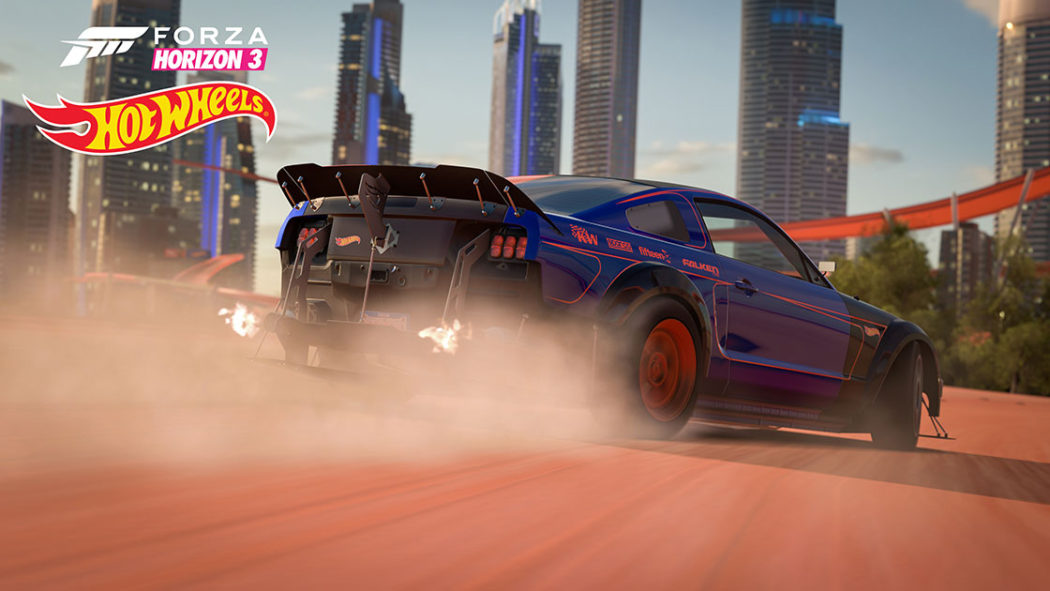 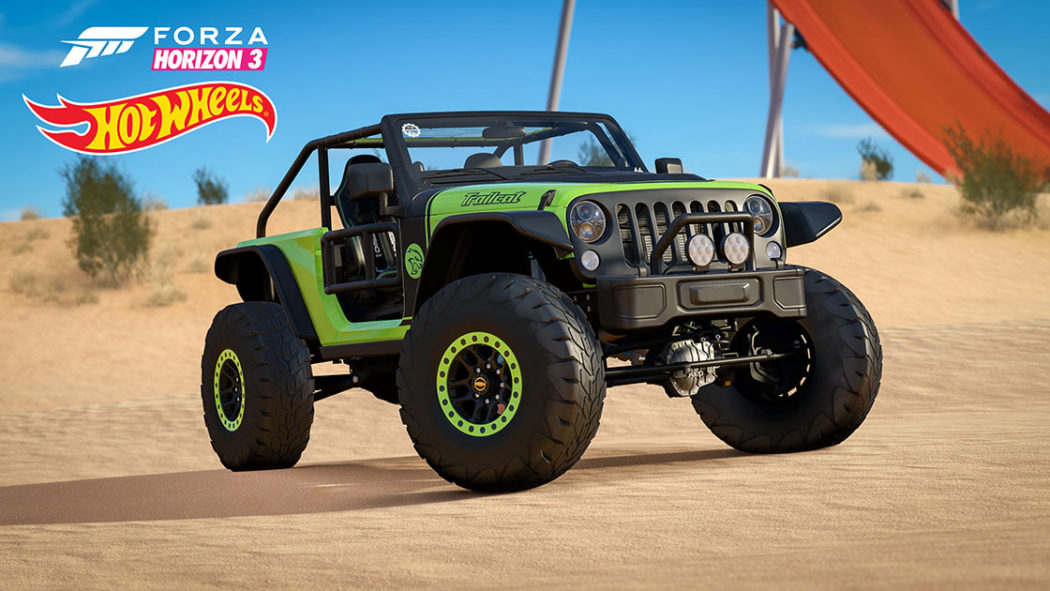 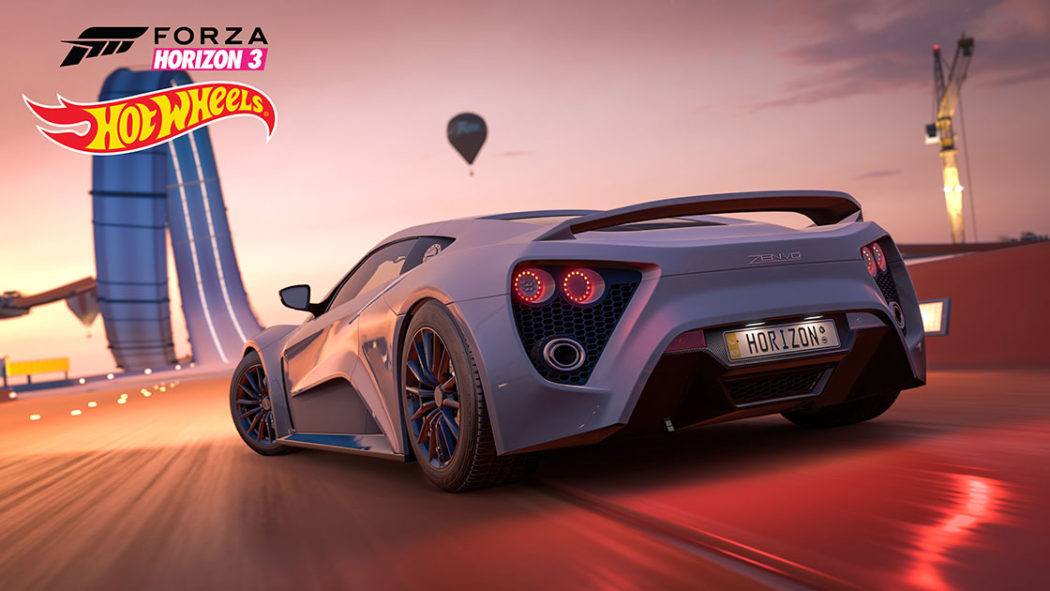 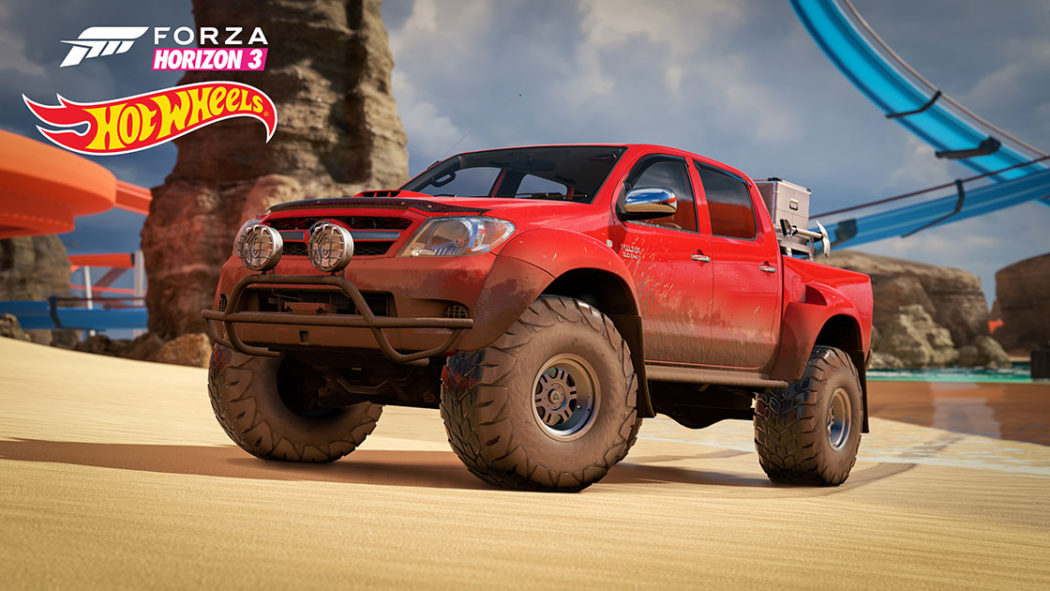 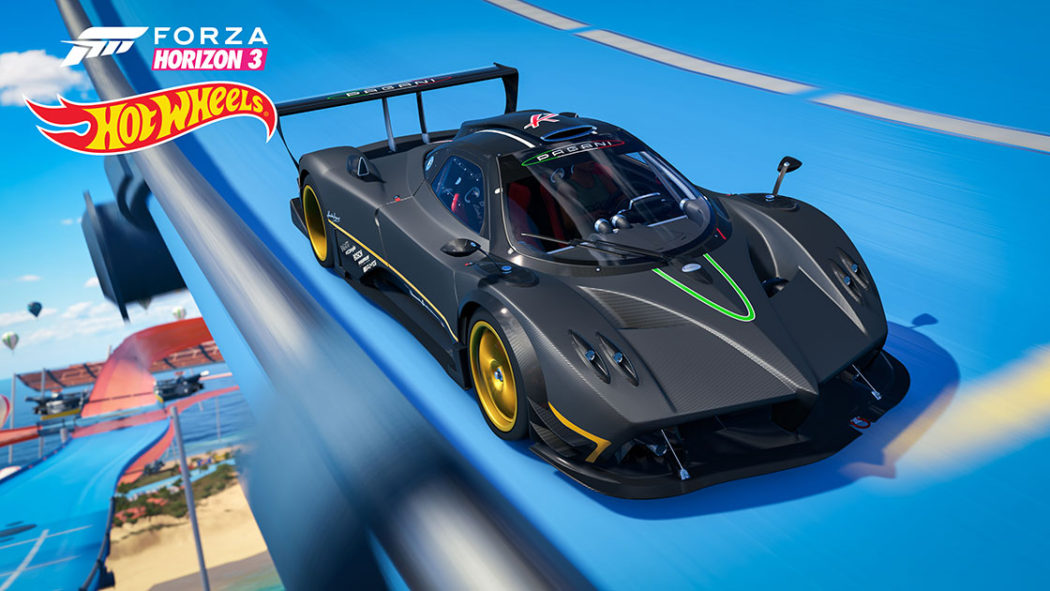 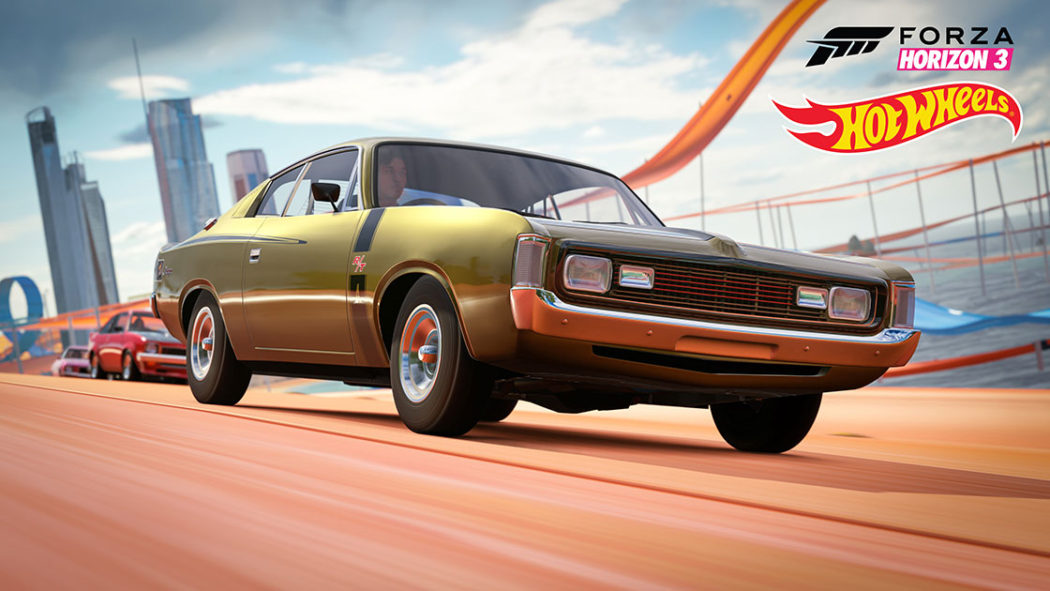 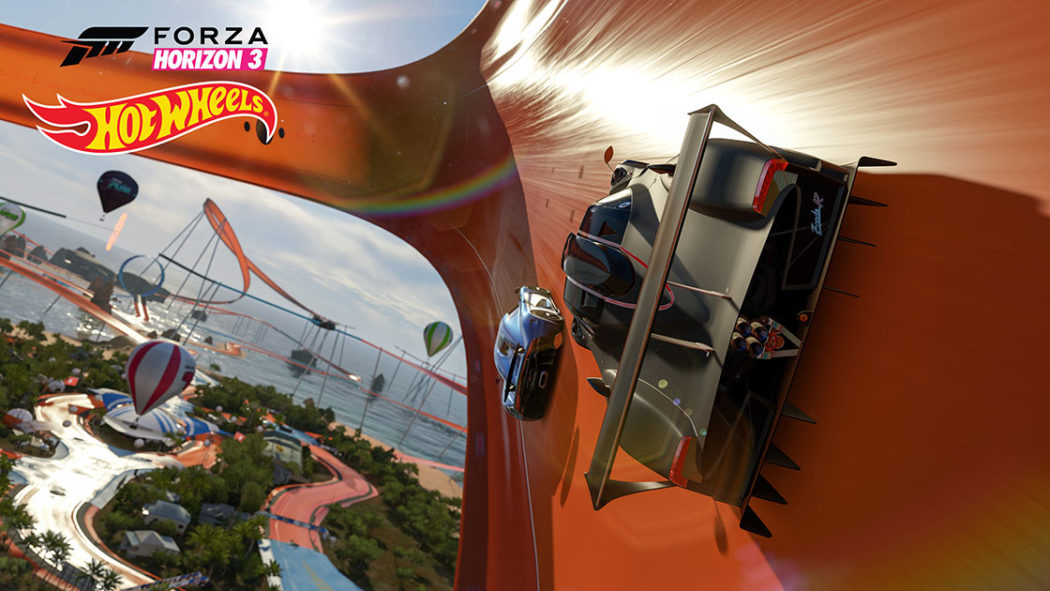 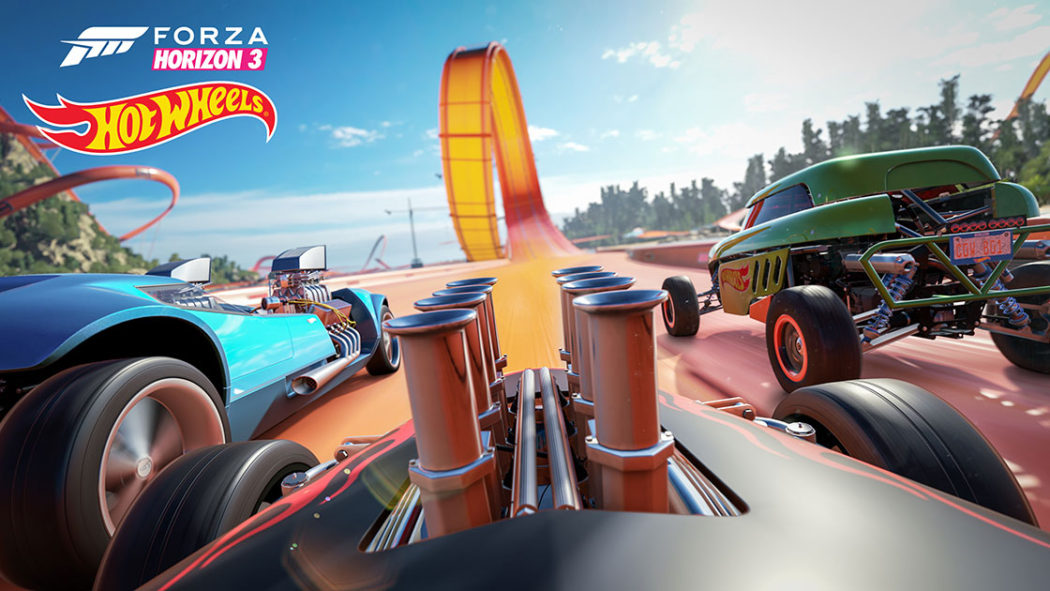 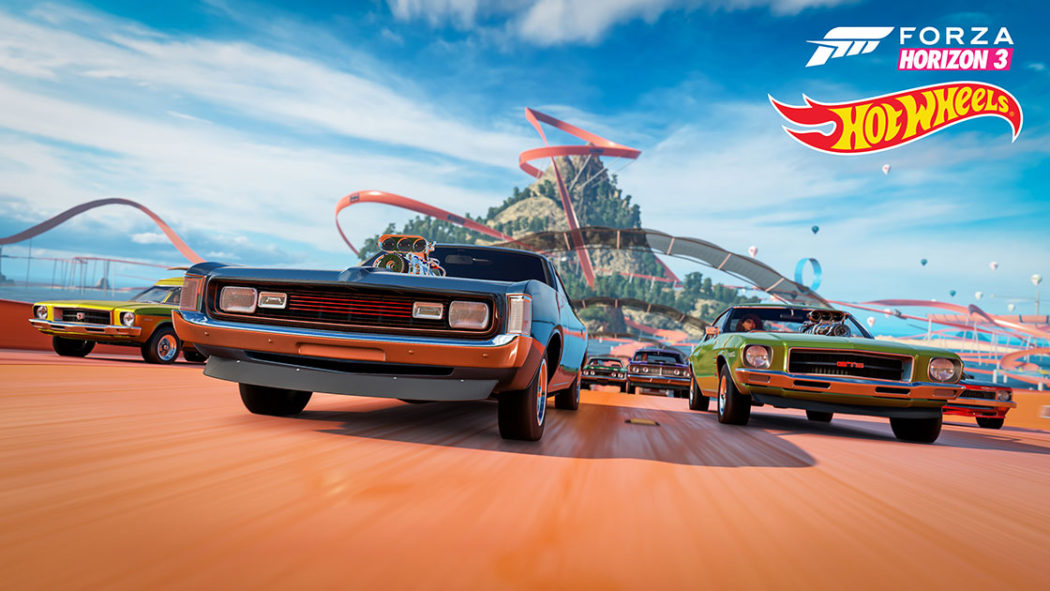 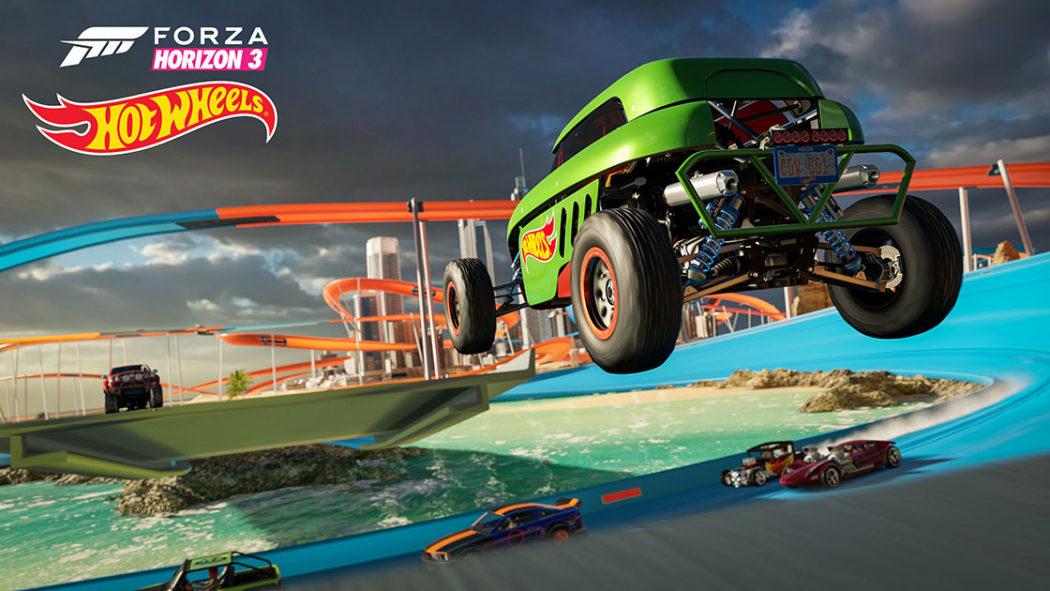 When the original Forza Horizon for Xbox 360 dropped in late 2012, it represented a seismic shift away from the first four Forza Motorsport games that preceded it in that it took the racing action off the sanitized confines of closed courses and out into the real (virtual) world, with traffic, terrain and other hazards to spice things up. Two Horizon games and multiple downloadable car and content packs later, Playground Games and Turn 10 Studios are taking this video game series to the most whimsical, least simulation-oriented place it’s yet been. And our inner 7-year-old couldn’t be more stoked about it.

The Forza Horizon 3 Hot Wheels Expansion does, as you might expect, include quite a few full-size functional recreations of Hot Wheels toy cars. In fact, four of the nine vehicles that have been revealed (the pack also comes with a barn find classic whose identity is a secret) are HW originals: The Twin Mill, the Rip Rod and two returning Forza Motorsport 6 DLC stars – the Bone Shaker and 2005 Hot Wheels Ford Mustang – are added to the list of rides you’ll find in the game’s auto show. The other five vehicles are a bit more grounded in reality…if you can call exotics like the Pagani Zonda R and Zenvo ST1 or the Jeep Trailcat Concept “grounded in reality.” You’ll also find a polar-expedition-ready Toyota Hilux pickup modified by Arctic Trucks similar to the one James May and Jeremy Clarkson took to the magnetic North Pole on a Top Gear special a decade ago, and the 1972 Chrysler VH Valiant Charger R/T E49, the most sought after and most potent example of Australian Mopar muscle. However, the cars are only half the story…

And man alive, dig that other half! The pack also comes with a map expansion consisting of six islands with different themes, all of which are interconnected by sections of larger-than-life plastic Hot Wheels track complete with banking, boosters, loops, jumps and other crazy sections, most of which are suspended hundreds of feet in the air! What’s more, you’ll be able to alter the tracks to some extent and challenge your buddies to successfully navigate them. Yeah, there’s a lot to geek out about here, but you’re going to have to wait until May 9 to experience it. Oh, and you’ll have to fork over $19.99 for it (unless you already bought the Forza Horizon 3 Expansion pass, in which case it, like the previous Blizzard Mountain Expansion, is included).