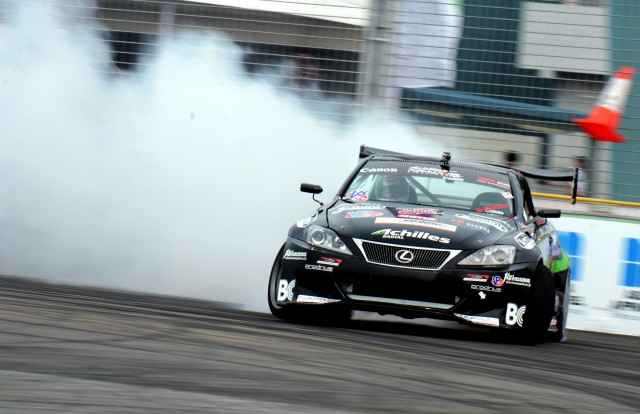 Compared to the main Formula Drift series here in the U.S., the Formula Drift Asia championship of 2012 was contested over roughly half as many rounds (three to be exact). That would make it about half as exciting, right? Well, no. Fewer events mean entrants have fewer mulligans at their disposal, and more pressure to deliver results and bring your A-game on every run. Thus, the intensity level is sky-high.

It was in this environment that Japanese drifting wunderkind Daigo Saito thrived, sweeping the season in his new Achilles Tire Lexus IS Convertible. But to simply leave it at that would be doing a disservice to what Saito and his team achieved, as well as what the other competitors achieved in their pursuit of him. Make the jump for the juicy details of how the 2012 Formula Drift Asia season played out. 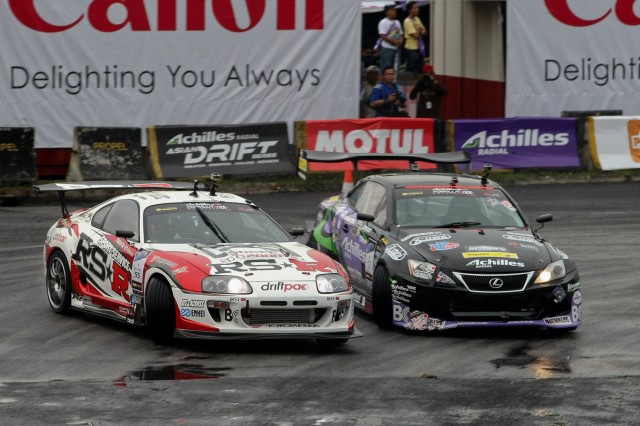 The quest for the championship began on the third weekend of May in Kuala Lumpur, Maylasia. Top qualifier (and one of the local favorites) Tengku Djan Ley made it to the semifinals before he and his Drive M7 Energy Drink Nissan S13 fell to Saito. The 2009 and ’10 Formula Drift Asia champion would eventually end up third.

On the other side of the ladder, meanwhile, Max Orido stormed through the field in his RS-R Toyota Supra Mk. IV to reach the finals. But he too could not withstand the challenge from Saito (above). Suffice to say, the pattern for the next two rounds was more-or-less set.

The weekend of June 30th and July 1st marked the midway point of the season as the series arrived in Singapore. Saito set the highest score in qualifying, and romped past Zai “BullZai” Hamdan, Muhammad Rulli Armando and Formula Drift U.S. star Robbie Nishida on the way to the final. Rio SB, meanwhile, beat Ah Fai, Formula Drift U.S. regular Ken Gushi and Hanizam Bin Hamzah (a.k.a. Loyai) en route to the faceoff with Saito. When the tire smoke dissipated (below), it was Saito on top again, with Rio second and Loyai defeating Nishida for third. 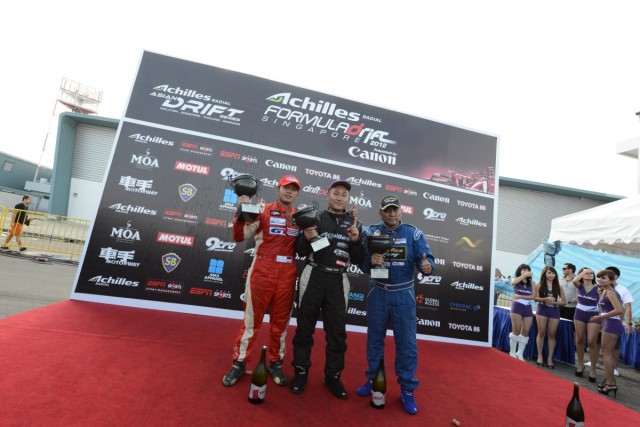 So Saito, having won the American Formula Drift championship in dramatic fashion at Irwindale a month earlier, rolled into the finale at Jakarta, Indonesia in mid-November as the title favorite. But Djan, Rio and Nishida were eager to sour – if not completely prevent – his coronation. Saito, however, would have none of it. He picked up the maximum 12 bonus points in qualifying by garnering the highest score, and in eliminations sent Hamdan, Saranon “Non” Pornpatanarak and Formula D USA rival Fredric Aasbo packing on his march to the final round. Rio’s and Nishida’s championship dreams ended as Djan knocked them out on his way to the final showdown. Djan and his trusty Nissan gave it their all, but Saito and the Achilles Lexus would not be denied. Aasbo defeated Nishida in the consolation round to take the third and final step on the podium. 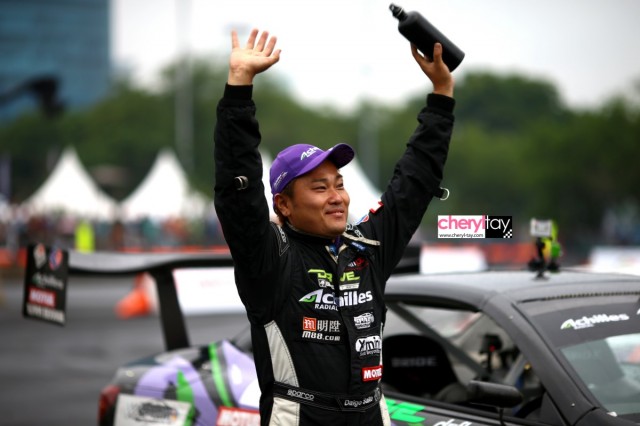 We can’t imagine Formula Drift Asia drivers not named Daigo Saito are going to take this thrashing lying down, and fully expect many of this year’s front runners to raise the bar substantially for 2013. We also wouldn’t be surprised to see the Formula Drift Asia series grow in terms of popularity and prestige in the years to come. Maybe grow to the point where a Formula D East vs. West all-star event in the not-too-distant-future will make sense, perhaps? 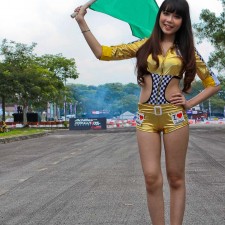 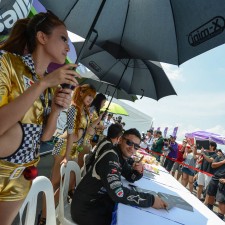 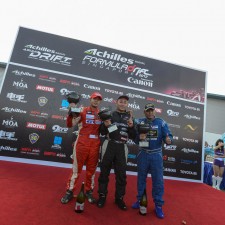 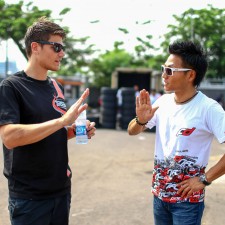 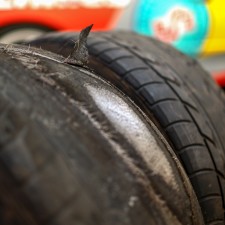 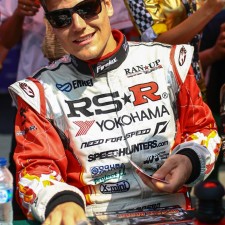 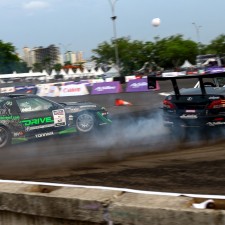 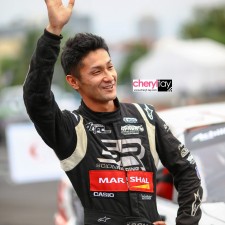 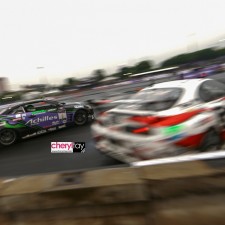 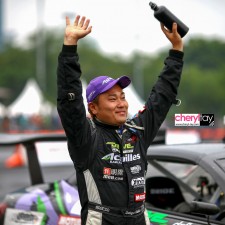 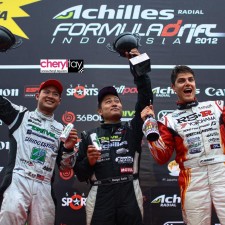 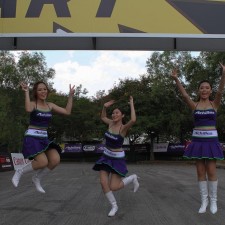 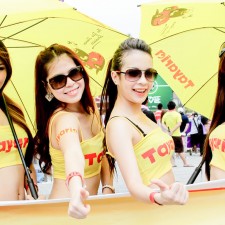 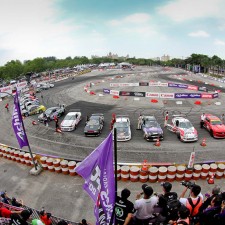 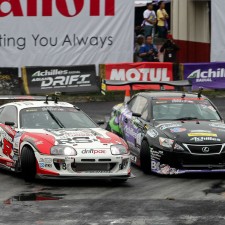 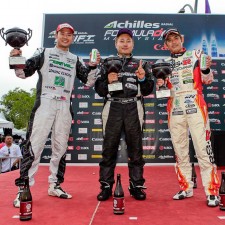 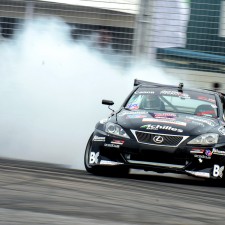 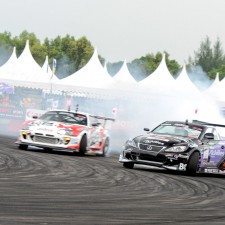 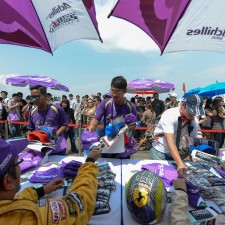 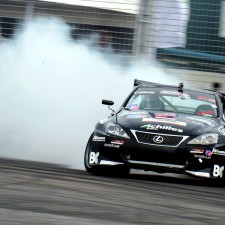 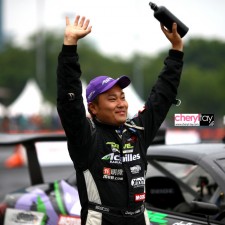 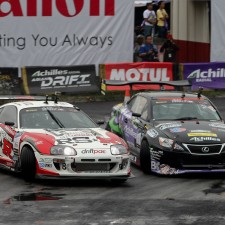 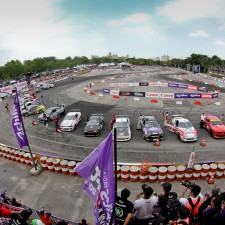 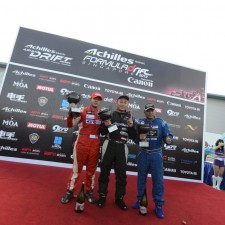