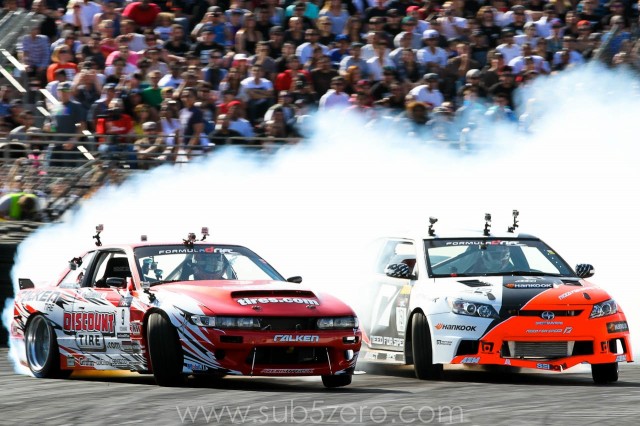 When the 2012 Formula Drift season began more than four months ago on the streets of Long Beach, California, hopes for a competitive and exciting campaign were high. Skip forward to today and we reckon you’ll have a hard time finding anyone who feels Formula D 2012 has fallen short of expectations. A see-saw points battle, a fascinating array of new cars and revised cars, and scintillating on-track action have made the first six rounds of the series instant classics.

And with the seventh and last round at Irwindale Speedway set to go down in about five weeks’ time, we felt now would be a good time to revisit how the battle for this year’s Formula D crown got to this point. Here, then, is a review of the season so far, as well as analysis of the drivers we expect to shine in the Jardin de Roca. 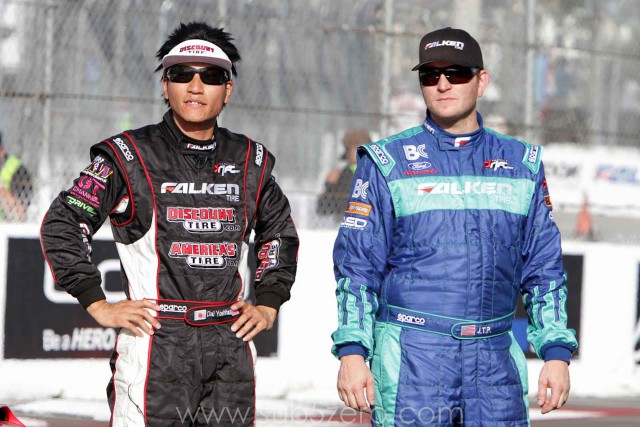 As mentioned earlier, the Sultans of Sideways found themselves in the LBC when the curtain came up on season 2012. Even though there was a plethora of new faces and old faces in new places, the top two finishers were a couple of established stars from Team Falken Tire, with 2011 championship runner-up Justin Pawlak(above right) getting the drop on the guy that beat him to last year’s title, Daijiro Yoshihara(above left). However, the third-place finisher, Daigo Saito, raised enough eyebrows to fill the Queen Mary with hair. Sure, he’s a former D1GP and Formula Drift Asia champ, but Long Beach marked his first competition in the U.S., and the competition debut of the Lexus SC430 Saito and friends rebuilt from a waterlogged hulk totaled in last year’s Japanese earthquake and tsunami.

April gave way to May, and the Formula D combatants rolled into Road Atlanta. The first and third place finishers were the same as they were in Long Beach, but the second-place man at the famed Georgia road course was Norway’s Fredric Aasbo in the Need for Speed Scion tC. Round 3 also happened south of the Mason-Dixon Line, specifically at Florida’s Palm Beach International Raceway. Saito silenced what few doubters he had left by taking the top step of the podium, flanked by Chris Forsberg and Yoshihara. 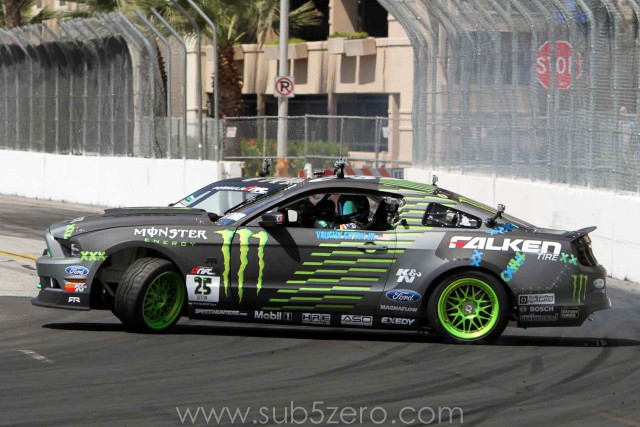 By the time Round 4 at New Jersey’s Wall Speedway was happening, spring had yielded to summer, and the heat – both the literal and figurative varieties – was on. Former champion Vaughn Gittin Jr.(above) finally notched a win after a rather underwhelming start to the season, besting Yoshihara and Forsberg. Gittin and his Monster Energy/Falken Tire Ford Mustang were the last man and car standing again a month later at Washington’s Evergreen Speedway, while Ryan Tuerck and Rhys Millen both made their first visits to the podium this year.

Finally, we find our heroes at Las Vegas Motor Speedway, for the weekend-before-last’s sixth round of the Formula D circus. And when all was said and done, the lights of Sin City shone brightest on Millen; the transplanted Kiwi steered his Red Bull Hyundai Genesis Coupe (the very same Hyundai Genesis Coupe he used to reset the track record in the previous weekend’s wildfire-delayed Pikes Peak Hillclimb) to victory over second-place Tuerck and third-place Gittin. 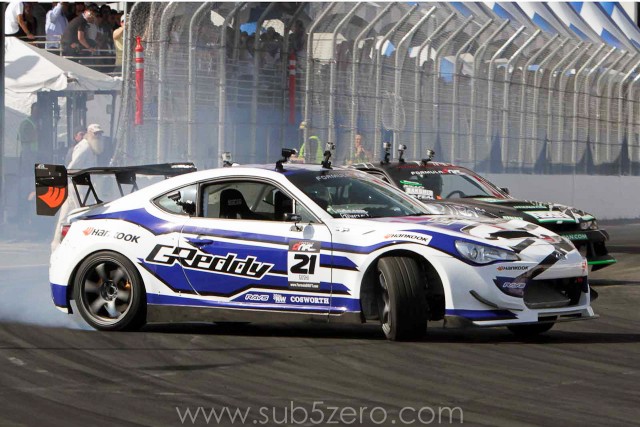 So who should you be looking out for at Irwidale come October? In terms of the Round 7 event win, it would be foolhardy to bet against Gittin, Millen or Tuerck, as all three seem to have hit their strides in the latter half of the season. Expect Aasbo, Saito and Yoshihara to also be factors, and don’t be surprised if Ken Gushi(above) is able to improve upon the sweet new Greddy Scion FR-S’s best result of fourth at Evergreen.

As for the championship, Gittin and Millen are certainly the favorites; after all, they hold down first (473 points) and third (428.25 points), respectively, in the standings, and both have been down this road before and come out on top of the heap. But don’t discount Saito, who is P2 in points with 447.5 markers. He’s no stranger to chasing championships, either, and is itching to regain his early season form. Fourth-place Pawlak and the rest are, we’re afraid, long shots at best. Regardless of who takes home the big prize, you can bet what transpires that weekend will be amazing (and that we will be there to cover it).