In 2008, Ford and its motorsports and performance parts arm, Ford Racing, reintroduced the world to the idea of a purpose-built, turn-key drag car from a major manufacturer with the Mustang Cobra Jet. These dragstrip-only Mustangs, which are unregisterable for the street thanks to the lack of a VIN, quickly began to dominate the amateur ranks in the NHRA and elsewhere. More significantly, the success of the Cobra Jet program inspired Dodge and Chevrolet to get in the game with the Challenger Drag Pak and Camaro COPO, respectively.

The latest version of Dearborn’s dynamite doorslammer is offered with the Mustang GT and Boss 302’s 5.0L “Coyote” V8 in either naturally aspirated or supercharged form. However, while the 2.9L Rootes-type supercharger – supplied by Whipple – adds a considerable amount of power, Ford Racing engineers say the blower takes about 100 horsepower to spin. By contrast, turbochargers add massive amounts of power without adding a massive amount of what’s known as parasitic drag, since their compressors are spun by exhaust gas pressure rather than being mechanically driven by the crankshaft. In fact, turbocharging is at the center of Ford’s popular line of EcoBoost engines. So why not set up turbos and the Cobra Jet on a blind date? Well, Ford Racing finally has, and this pairing has definitely clicked. 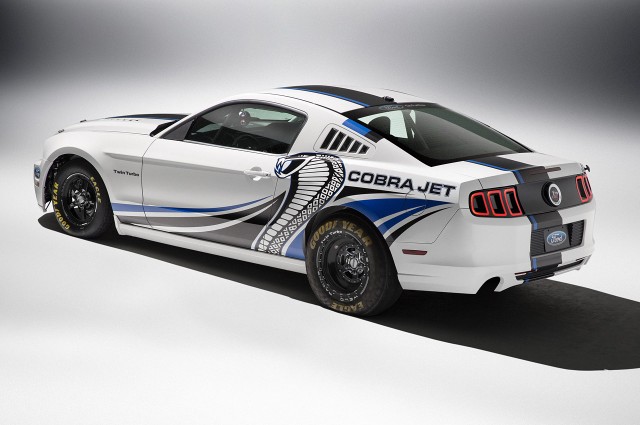 Led by engineer Dave Born, who worked on the version of the 3.5L EcoBoost V6 used in the F-150, the turbo Cobra Jet project makes its debut at this week’s SEMA Show in Las Vegas. The Coyote now breathes through a pair of Borg-Warner turbos that are based on the unit used in the new Focus ST. The turbine wheels are made of titanium to reduce weight and therefore lag, and the integrated, electronically-controlled wastegates are similar to those being used on the various four- and six-cylinder production EcoBoost engines. The turbos themselves sit very low and far to the front, to allow fresh air to go straight through openings in the front bumper and into the inlet side of the turbos. From there, the air is shoved into a massive, front-mount intercooler, and after that it goes up and back through a single tube past the throttlebody and into the intake manifold. 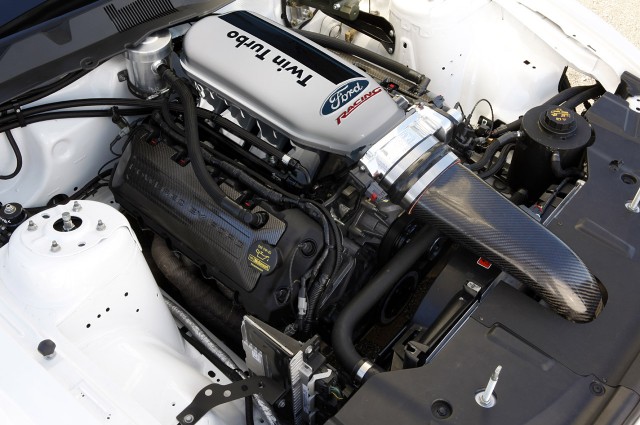 Outside, all the enhancements of the regular Cobra Jets are easy to spot. Tiny front wheels and tires, fat rear wheels and tires, rear quarter window slats and bold graphics that incorporate the Cobra mascot and Ford Racing’s new global blue-and-black stripe scheme. The gutted interior includes a full roll cage, lightweight Recaro seats with five-point harnesses, quick-release steering wheel, and a big tachometer mounted atop the dashboard right in the driver’s line of sight.

Alas, the Mustang Cobra Jet Turbo is officially just a concept at this point. Worse still, Ford isn’t quoting any power figures or quarter-mile speeds or elapsed times. Then again, considering some supercharged Cobra Jets are running in the eights, we can safely assume that this turbocharged tease isn’t too far off that pace. In any event, we’d love to see a handful of Cobra Jet Turbos made and sold to racers, if only to goad Dodge and Chevrolet into building Drag Pak Challengers with the new SRT Viper’s V10 and COPO Camaros with a turbocharged Gen V LT1. And maybe that would inspire the NHRA to make its Pro Stock class about stock (or stock-based, anyway) cars again, rather than the gas-burning-funny-cars-with-doors they have now. Hey, we’re allowed to dream, right? 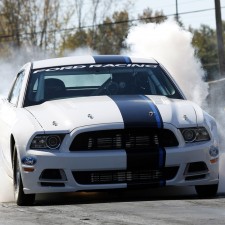 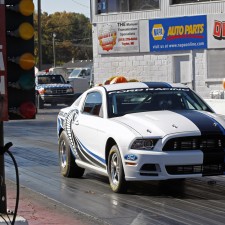 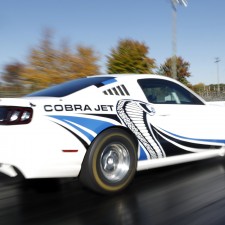 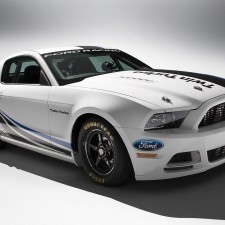 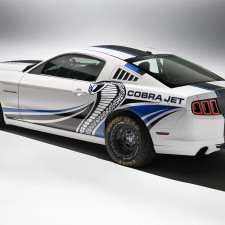 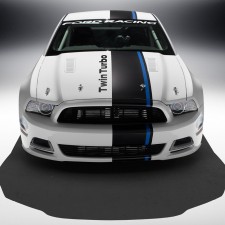 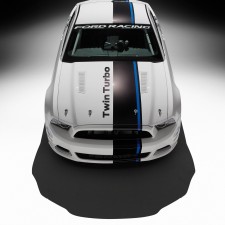 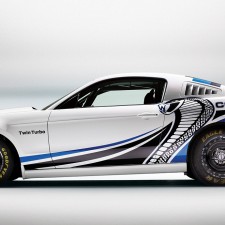 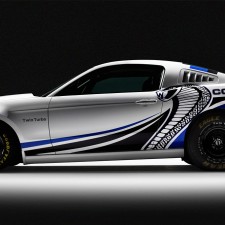 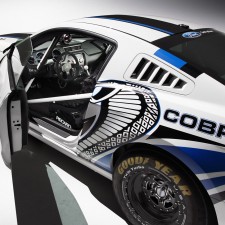 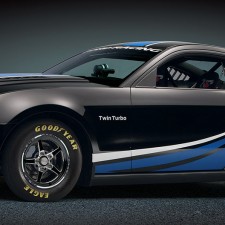 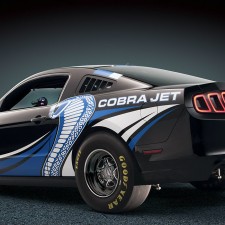 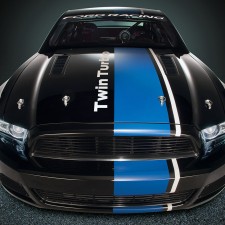 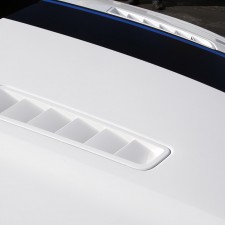 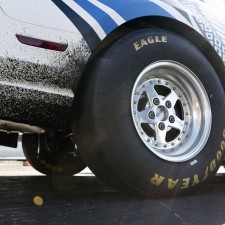 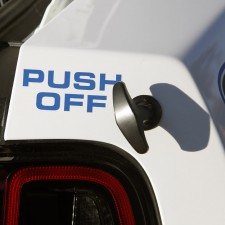 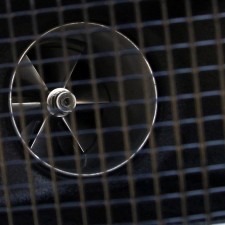 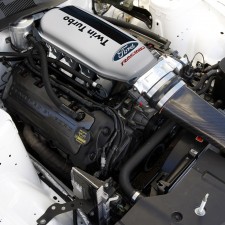 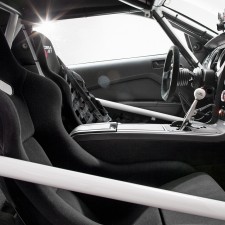 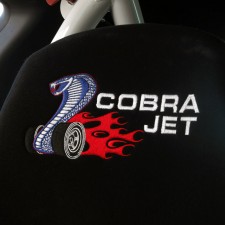 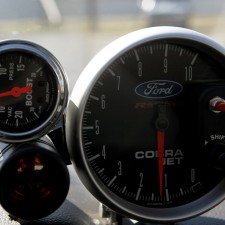