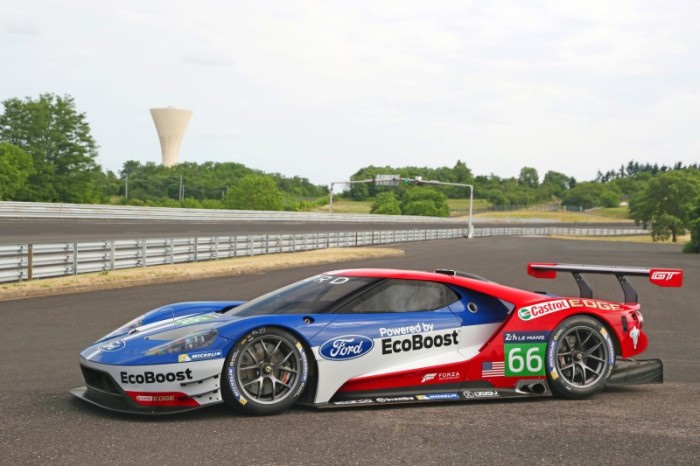 Back in January, when Ford rolled out its new EcoBoost V6 powered GT supercar, we mentioned that an announcement concerning a factory-backed racing program – including a return to the 24 Hours of Le Mans on the golden anniversary of its maiden win – was expected to happen the following day. Yeah…our bad. But the good news is that that announcement finally did happen today at Le Mans (where the 2015 running of that race will be taking place over the course of this weekend), and it turns out that one of the worst kept secrets in motorsports in recent memory still had a few surprises up its sleeve. 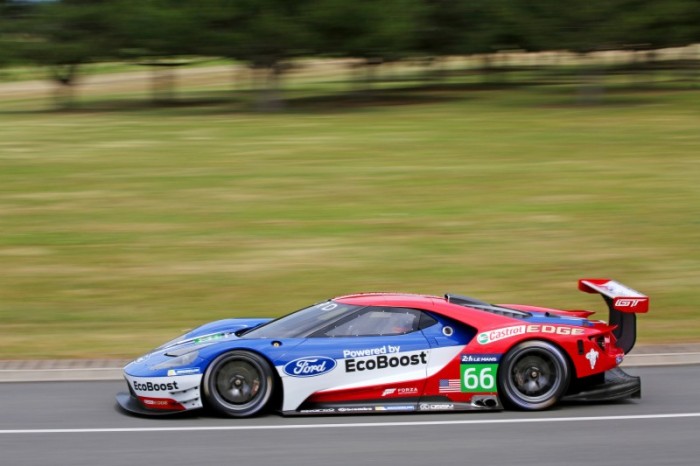 As was expected, a pair of Ford GTs (We’re guessing there will be some sort of suffix added to differentiate it from the street version) will be campaigned domestically in the IMSA Tudor United Sportscar Championship by Chip Ganassi Racing, starting with the 2016 Rolex 24 at Daytona come January. What was something of a surprise is that the second duo of GTs that will contest the full FIA World Endurance Championship will also do so under the Ganassi banner. The organization has never competed in an international series, but considering it has won pretty much all of this country’s biggest races (the Indianapolis 500, Daytona 500, Rolex 24 at Daytona and 12 Hours of Sebring) at least once, it was probably only a matter of time before the former 24 Hours of Le Mans driver (in 1987 with Sauber-Mercedes) and his subordinates decided to test their mettle on the global motorsports stage. 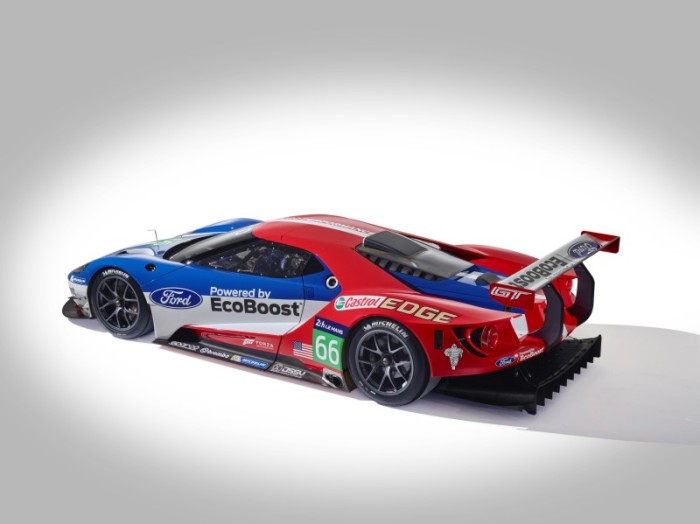 As for the car itself, it’s being developed in tandem with the road car by longtime Ford road racing collaborator Multimatic, with former Prodrive and Aston Martin stalwart George Howard-Chappell serving as the program manager. And like the road car, power will come from the same 3.5L twin-turbo V6 (expected to be restricted to roughly 600 horsepower) that currently propels Ganassi’s Riley Daytona Prototype, though the racecar will have to make do with a 6-speed sequential transmission rather than the street version’s 7-speed dual-clutch in order to comply with GTE/GT Le Mans rules. Additionally, the race version features the expected huge rear wing, front splitter and mammoth rear diffuser, as well as an air scoop at the leading edge of the rear window and side-exit exhaust just ahead of the rear wheels (though the street car’s holes for the twin rear-exit tips are retained). The livery that was presented today is eye-catching, and it’s great to see such recognizable brands as Castrol and Forza Motorsport associated with the program, but we’re hoping Ford takes a page from Nissan’s book and wraps at least one entry in retro colors. 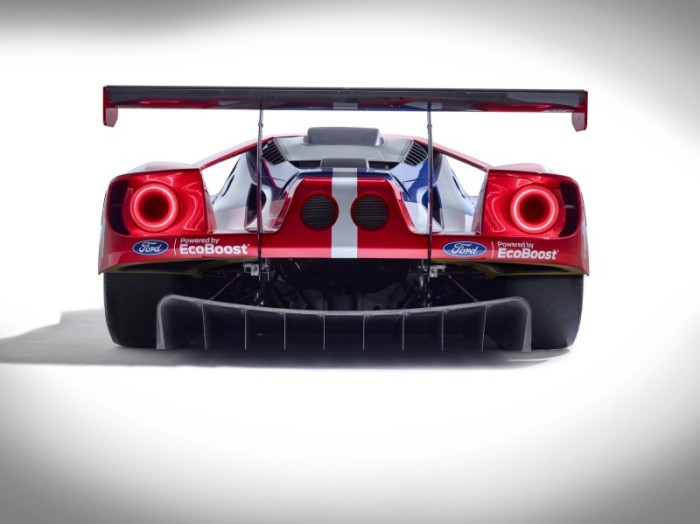 In any case, we can’t wait to see who will be tasked with driving this thing and seeing how it does up against the best that Aston Martin, Porsche, crosstown rival Corvette and, of course, former Le Mans sparring partner – and the whole impetus for the original GT40 program – Ferrari (Note the black horse in the video below…) have to offer.