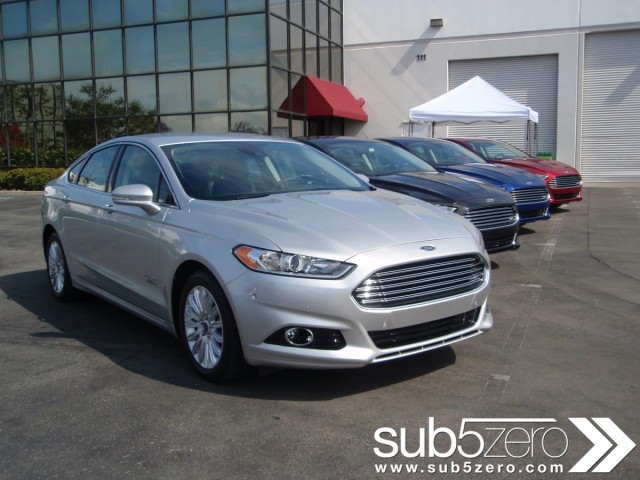 Some 50 weeks ago, we accepted an invitation from Ford to try out some of its newest and coolest creations on the streets and freeways of Los Angeles County’s South Bay region. We came away from the experience more than a little impressed with not just the hog wild rides like the Mustang GT and SVT Raptor, but also the more sensible rides like the then-new Escape crossover and the remarkably zippy Focus Electric. We could barely believe this was the same company that, a few short years earlier, brought the American motoring public vehicles like the “Did someone ask for MOAR OVALS?” third-gen Taurus and the “Pay no attention to the rest of the world’s Gen 2 Focus behind the curtain” Focus Sedan and Coupe.

This year’s test drive event picked up more-or-less where the 2012 edition left off, but there were some notable changes this time around. For one, there were no V8s or naturally-aspirated V6s present. And, perhaps not coincidentally, Dearborn sent multiple examples of its two new Energi plug-in hybrid models – the Fusion mid-size sedan and the C-Max wagon/crossover/mini-minivan thingy – for us car journos to try out. 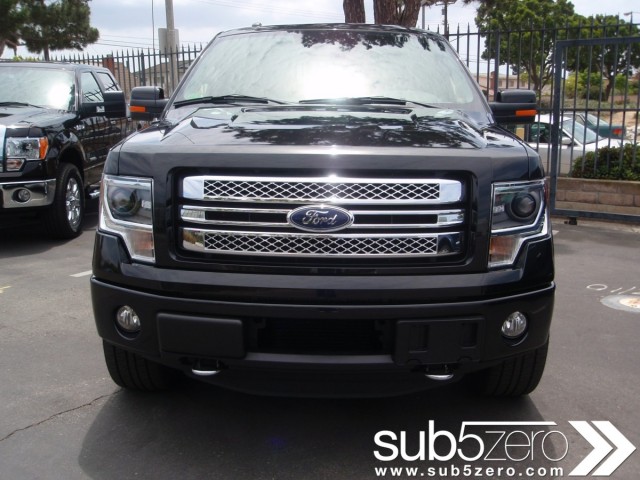 But first, a refresher on a couple of non-hybrids that wowed us last year. The Ford F-150 remains the U.S. market’s best-selling vehicle (car or truck), and its optional 3.5L twin-turbo V6 – the big kahuna of the company’s EcoBoost engine range – has a lot to do with that. We got reacquainted with it in a new-for-2013 F-150 Limited, a posh crew cab short bed pickup that includes the EcoBoost V6 (as well as four-wheel-drive, 22” wheels and power-retractable running boards) in its $53,185 base price. Step on the gas and the truck waits for a brief moment as if to say “You sure you want this, champ?” before unleashing the kind of fury only 365hp and 420 lb.-ft of torque can provide. We’re betting it’s only a matter of time before GM starts offering a variant of the third-gen Cadillac CTS’s optional 3.6L twin-turbo V6 in the Silverado and Sierra, because no V8 can truly match the EcoBoost six’s balance of thrust and thrift (The EPA rates the two-wheel-drive turbo F-150 at 16 mpg city, 22 highway.).

Another vehicle we loved after sampling it last year was the Escape. We said then that the 2.0L EcoBoost/AWD version was the non-premium-label small crossover shiz, and after another spin in one, we stand by that assessment. This time around, though, we also got to test the 1.6L EcoBoost Escape with front-wheel-drive. Yes, it makes 178hp (173hp if you use regular unleaded gas) and 184 lb.-ft of torque, and yes it scoots along quite briskly, but that’s not what we love the most about it. No, that honor goes to, of all things, the exhaust note emerging from the Escape’s twin tailpipes. The closer you get to redline (and the 6-speed automatic transmission’s manual shift mode will hold it on the rev-limiter), the more angry and staccato the engine’s BRAAAAPPP gets. It will make your neighbors think Mads Ostberg has moved in down the street (Provided, of course, they know who Mads Ostberg is, but with a first name as awesome as “Mads,” how could they not?), which kinda makes sense, since the Ford Fiesta WRC is also propelled by a turbocharged 1.6L inline-four. 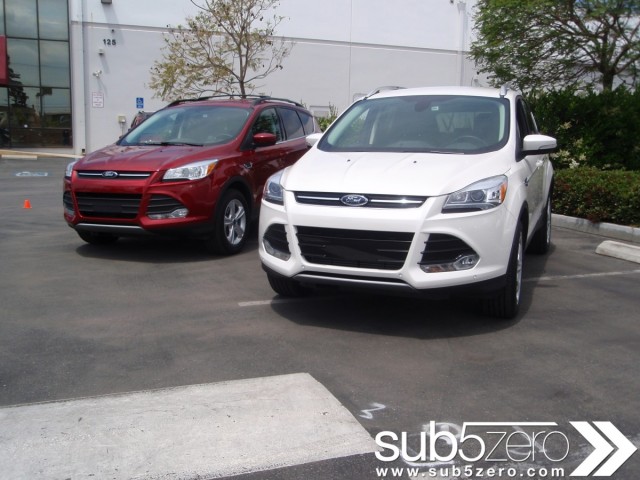 But back to the main reason we attended this function: Driving the Fusion Energi and C-Max Energi plug-in hybrids. We checked out the Fusion first. Aside from “Energi” badges and a cutout for the electrical plug on the left front fender, it looks almost exactly like the regular Fusion Hybrid, with a long, low silhouette and Aston Martin-esque schnoz. Unplug the charger, turn the car on, select “EV Now” mode from the left side gauge display menu, put the continuously variable transmission “in gear,” and off you go for about 21 miles of gas-free motoring (that number can be bigger or smaller depending on things like driving style, ambient temperature, air conditioning use and whether you’re going uphill, downhill or on flat ground).

Once the batteries are out of juice, the 2.0L inline-four under the hood automatically switches on to keep the Fusion Energi moving. And if you need it to turn on sooner for increased passing or merging power, you can do so manually with the touch of a button on the steering wheel. However, in most situations, the permanent magnet AC motor (fed by a 7.6 kilowatt-hour lithium-ion battery pack) provides sufficient pep. And in case that’s not appealing enough, the steering is sharp and accurate, the suspension strikes a great balance between comfort and athleticism, and the brakes respond in a natural, linear fashion. Long story short: It behaves like a normal family sedan. 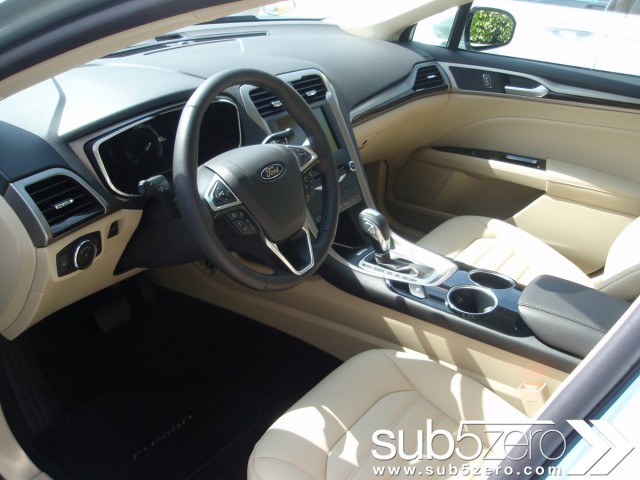 The C-Max Energi, thanks to its shape, is even more family friendly. The four conventionally-hinged doors and a power-operated rear hatch make loading and unloading people and cargo a breeze. The powertrain is pretty much identical to the one in the Fusion Energi, as is the predicted 21 mile electric-only range. Even the brakes and steering aren’t all that dissimilar (though you do feel the higher center of gravity when you chuck this little people hauler into a turn) from the plug-in Fusion. But whereas the Fusion Energi merely shuffles its way up to a higher speed when you stomp on the accelerator in EV mode, the C-Max Energi gathers momentum as though it were kicked by a giant invisible burro. This is especially true when accelerating from a standstill; with more practice and ideal conditions, we reckon we could have laid a couple black stripes on the pavement. 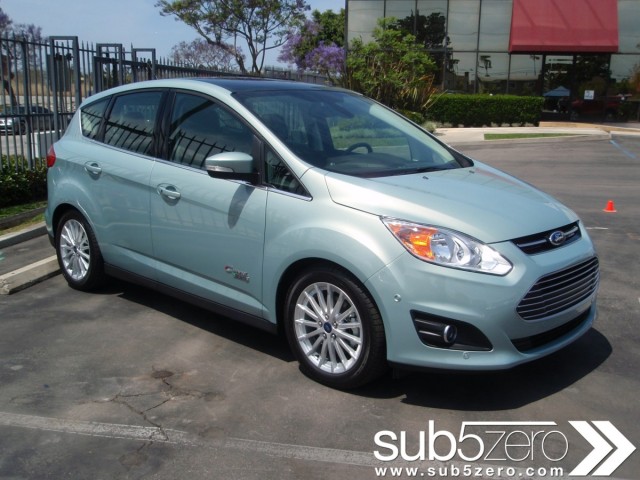 Are there things we don’t like about the Blue Oval’s extended-range EV wonder twins? Well, yes. Their battery packs, while smaller and lighter than nickel-metal-hydride units of identical capacity, eat up a lot trunk space. It’s not so bad with the C-Max, which basically has a load floor less than a foot higher than the non-plug-in models, but the Fusion Energi’s trunk is a piddling 8.2 cubic feet and oddly shaped (though its rear seatbacks do fold down to allow you to carry skis and…um…golf clubs outside the bag). Then there’s the rather significant matter of cost: The C-Max Energi (which is available in one standalone trim level) starts at $33,345, which is $8,145 more than the cheapest non-plug-in C-Max Hybrid SE. The Fusion Energi SE starts at $38,700, while the base price for the Fusion Energi Platinum is $40,100, the latter constituting a $12,900 premium over a Fusion Hybrid SE. Yes, there are incentives available, but that’s still a lot of coin.

But we ask you this: What would you pay to only have to stop at a gas station once a month, if that? And have an electric car that could do the Monday-through-Friday daily grind with little or no tailpipe emissions and be capable of taking you on a cross-country road trip? Our answer is “quite a bit.” And considering how good Ford’s Energi models are – not just by green car standards but by car standards – we’re betting we aren’t alone. 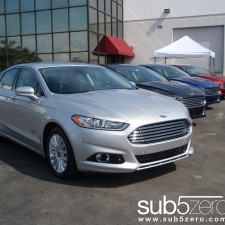 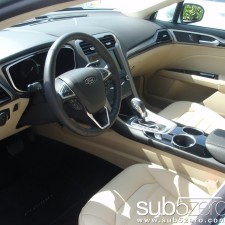 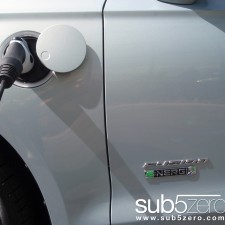 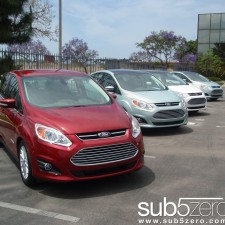 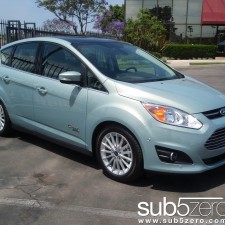 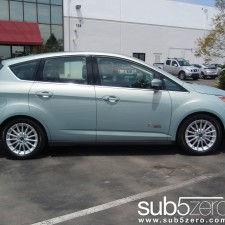 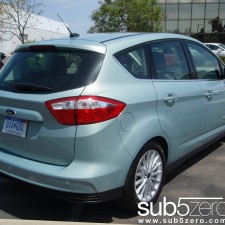 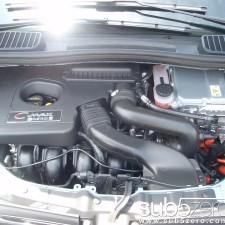 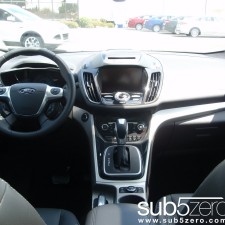 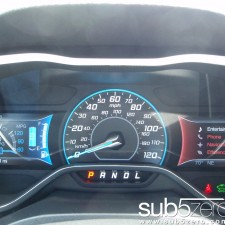 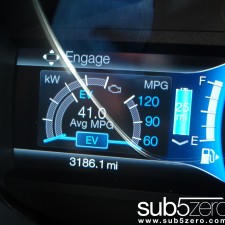 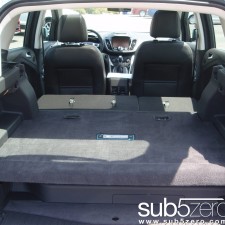 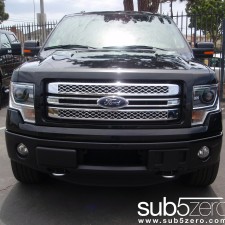 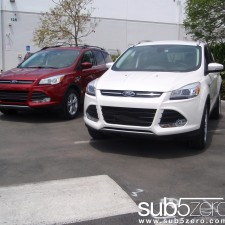