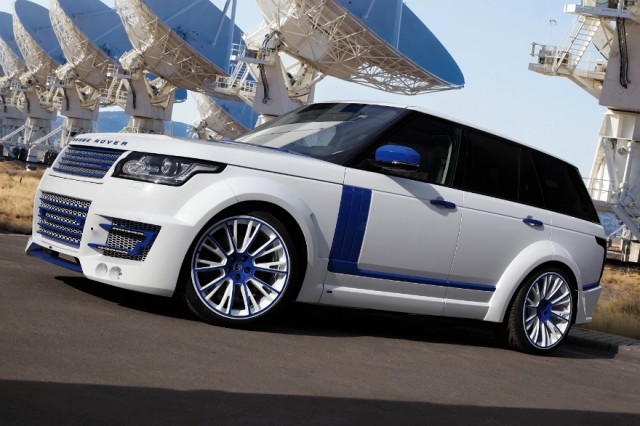 Land Rover’s latest Range Rover is one of the ritziest (if not the ritziest) SUVs you can buy. It’s also one of the most stylish, with thoroughly modern detailing sprinkled onto a shape that’s instantly recognizable as a Range Rover.

This is not to say, of course, that this British status symbol’s looks can’t be made even more distinctive. There are already multiple companies offer restyling components for the latest Land Rover flagship, including Lumma Design. In fact, we were smitten with that company’s CLR R package when we first laid eyes on it close to a year ago. But Russian tuner TopCar’s take on the CLR R turns our burning desire into an out-of-control inferno. 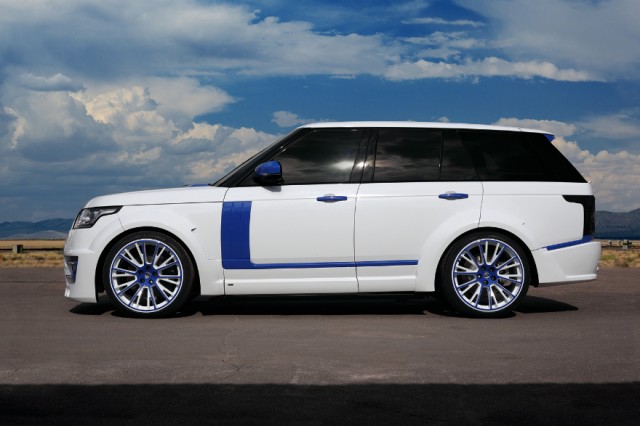 TopCar has apparently patterned this custom SUV after the regalia of an Imperial Stormtrooper. Yes, we’re well aware that the eponymous foot soldiers from the Star Wars universe don’t have a single speck of blue on their uniforms, but we’re so fond of blue-on-white color schemes (which just happen to be the official national racing colors of the United States of America) that we’re willing to let that transgression slide. We also dig the deeply tinted windows and smoked taillight lenses. 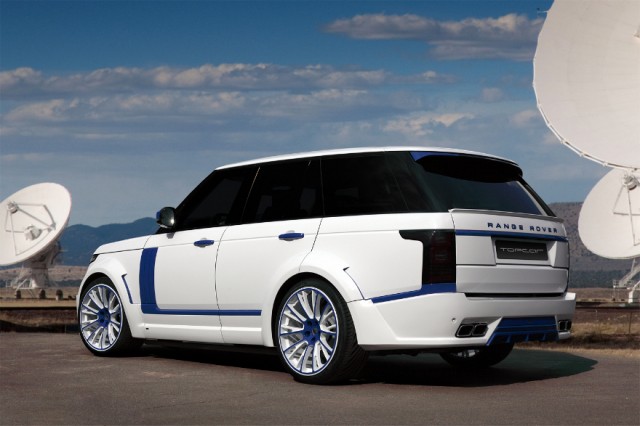 As for the body kit, it looks to be standard Lumma Design CLR R fare: An aggressive front bumper with LED running lights in front, fender flares and rocker extensions along the sides, a chunkier rear bumper with a diffuser and quad tailpipes in back, and a pair of spoilers on the tailgate capping things off. A tuning module for the air suspension system drops the ride height, and a set of Lumma Design’s own 22” alloy wheels (finished in white and blue to match the body) fill those fatter-than-stock fenders. 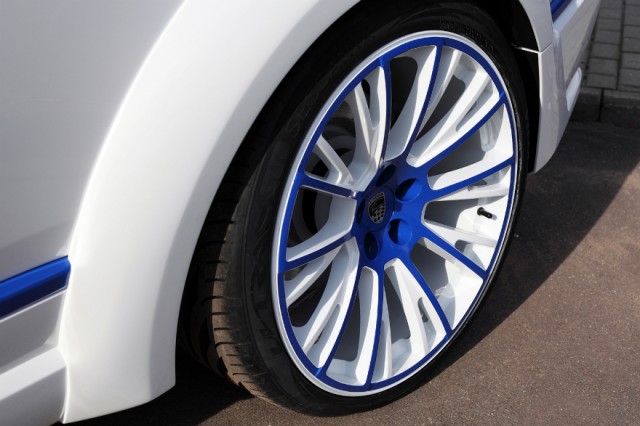 The folks at TopCar make no mention of power upgrades, though with 510 horsepower from the available supercharged 5.0L V8 and an 8-speed automatic trans, there isn’t exactly a glaring need for any. There’s also no mention of a price for this bad boy, though we’re guessing it’s pretty much the same as any complete and installed CLR R kit. And really, if you’re worried about the cost, maybe this is not the tuned luxury 4×4 you’re looking for. Move along. 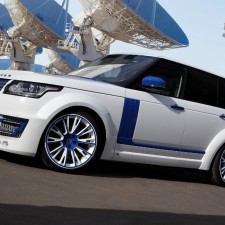 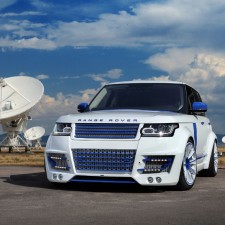 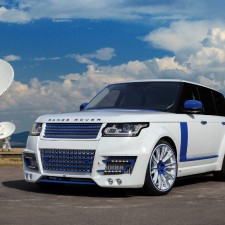 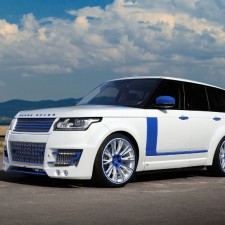 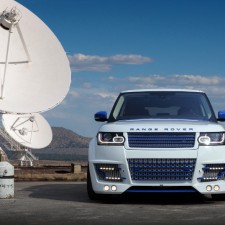 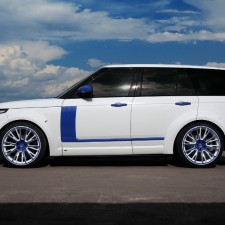 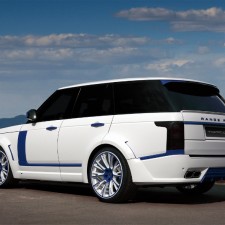 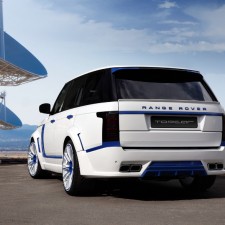 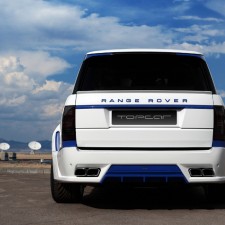 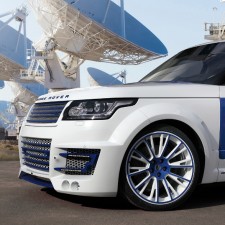 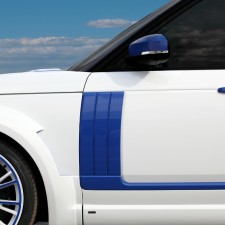 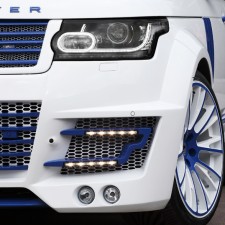 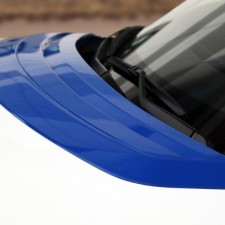 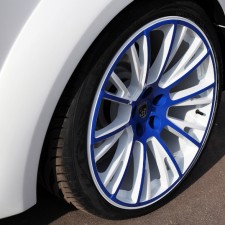 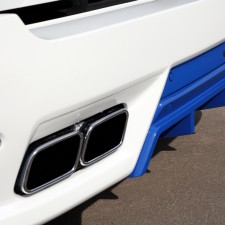 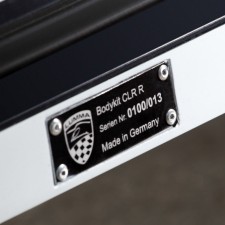