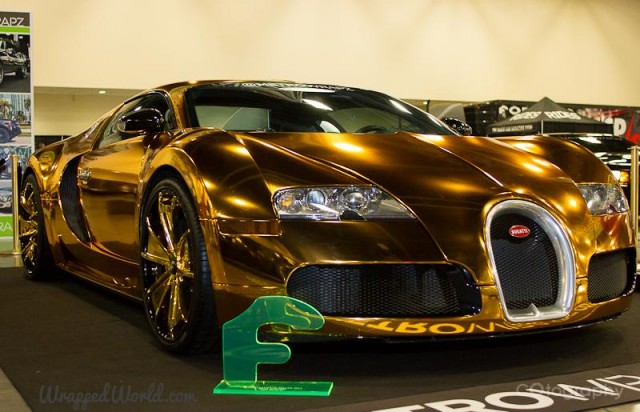 If you’re a well-known rapper like, say, Flo Rida, it wouldn’t be completely unusual for you to roll around in a high-end car. It wouldn’t even be weird for a guy like him to have a supercar. But Mr. Rida has one of the most super of supercars, the Bugatti Veyron.

Of course, not even Bugatti ownership is all that strange in the rap community. But how many of them are covered from bumper-to-bumper in a gold chrome vinyl wrap? The only one of which we know belongs to Flo (Huh, this rapping thing isn’t so hard…). 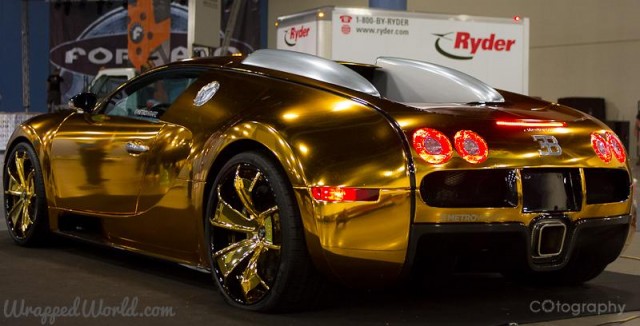 The crew at Hollywood, Florida’s Metro Wrapz was the shop tasked with cloaking Flo’s Bugatti in the precious metal doppelganger. The fact that the shop’s slogan is “Go Chrome or Go Home” should tell you that it specializes in shiny wraps, and that expertise is pretty widely known. In fact, the company has done projects for other big names like LeBron James, Dwyane Wade, Pitbull’s Mr. 305 record label, and the Miami Heat.

But the gold treatment on this bold Bug doesn’t stop with the body. No, its 24” Forgiato wheels are also clad in 24 karat gold plating. Granted, the wheels look about a half shade off the body, but considering the difference in materials, that’s forgivable. 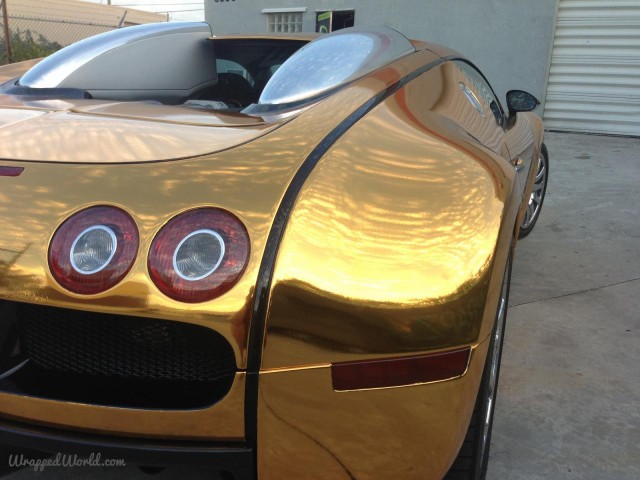 Is the overall look forgivable? Well, that depends on what you like. If you prefer your cars wild and over-the-top, you probably love it. Conversely, if you’re diametrically opposed to anything gaudy or garish (particularly on a high end supercar), you’re probably still screaming “MAKE IT STOP! MAKE IT STOP!” at your screen right now. As far as we’re concerned, it’s not really that bad. In fact, it reminds us of that solid gold Veyron model from a few years ago. Besides, at the end of the day, it’s Mr. Rida’s car, and if covering it in gold makes him happy, more power to him. 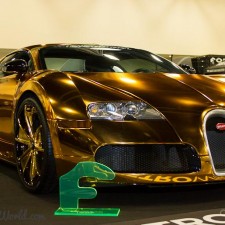 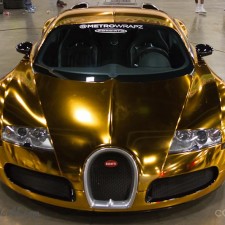 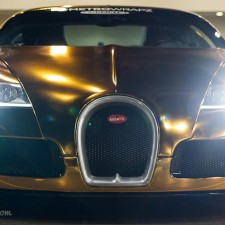 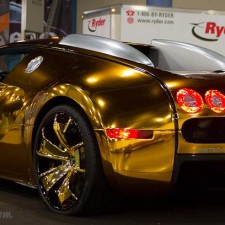 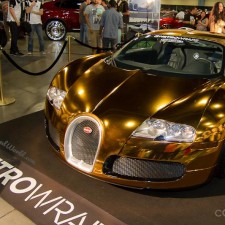 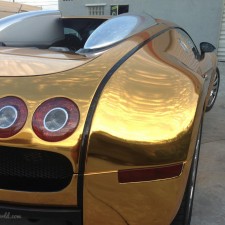 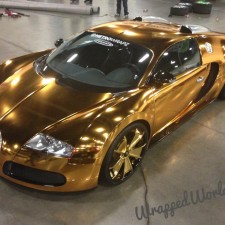