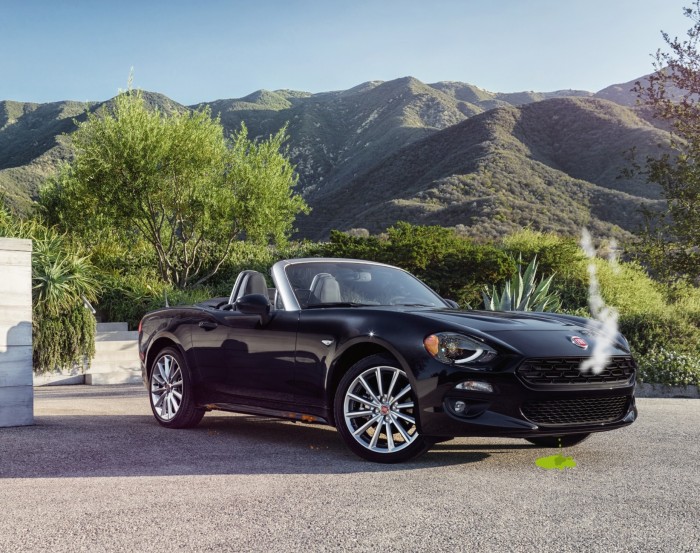 The highly-anticipated launch of the Fiat 124 Spider is happening soon, but not before the parmesan-flavored version of the Mazda MX-5 gets a few 11th hour changes aimed at appeasing the Turinese label’s faithful. In an exclusive sit-down with Sub5Zero, 124 Spider and Abarth marketing manager Luca di Macchina explained how FCA plans to make the Japan-assembled droptop feel more like its legendary namesake, the 124 Sport Spider.

“We had a high percentage of focus group participants who felt the new car was too, how you say, refined and reliable,” di Macchina said. “Yes, we use our own MultiAir engine instead of Mazda’s SkyActive units but, for people who know and love our old sports cars, that just isn’t enough.” Consequently, FCA and Mazda have devised a crash program to purchase bargain basement switches, fuses, relays and other electrical componentry from China (“Basically the rejects from Geely, Chery and the like that would otherwise just get thrown away,” di Macchina said.), have it shipped to the factory in Hiroshima and installed on Fiat and Abarth 124 Spiders. Furthermore, the Italo-Japanese partnership have come to an agreement that bare metal 124 Spider bodies-in-white are to be left outside for a minimum of three weeks before being brought back inside for further assembly, and that instead of using the usual polyurethane-based undercoating material, the Fiat- and Abarth-badged versions of the ND-platform are to have their bellies smeared with the scarlet, sauce-like substance used by global mall food court heavyweight Sbarro.

According to di Macchina, the modifications are already a hit. “We brought a prototype of the updated version to a customer clinic recently,” he said. “Flakes of rust rained down from under the rocker panels every time a door was shut, and using the turn signal caused the radio to switch on at maximum volume. Better still, it was always tuned to a different station! One older gentleman, probably in his late 50s or early 60s, said it took him right back to his college days when he had an X1/9 that was always breaking down and forcing him to skip classes and miss dates. Another was curled up on the floor in the corner mumbling something about Magneti Marelli, olio and the Antichrist! They could not be more excited to recapture their youths with our next generation of small, nimble and affordable Italian driving machine.” Can you blame them?