Strictly speaking, it wasn’t all that long ago that V6 power was an anomaly in the automotive world. “Normal-sized” family cars (as defined by American tastes of the day) tended to use V8s, or at least offered them as options, while the notion of anything bigger than an inline-four of about 2.2L in an Accord or Camry was crazy at best. These days, though, a V8 anything might get you accused of being a polar bear hater, while four-bangers are still widely considered to be the domain of penny pinchers and starving students, recent oil price shocks be damned.

Yeah, V6-Town is a happening place in the four wheeled world. But sixes of any configuration have always been a rarity in motorcycles, albeit with a few glorious exceptions (*cough*Honda CBX!*cough*). And even then, they haven’t been much larger than the big twins, triples and fours of the world, assuming they’ve been any bigger at all. Now, however, the upstart Czech bikemaker FGR has created a naked bike that boasts a V6 sporting car-worthy displacement and stats that, to be quite frank, scare us. 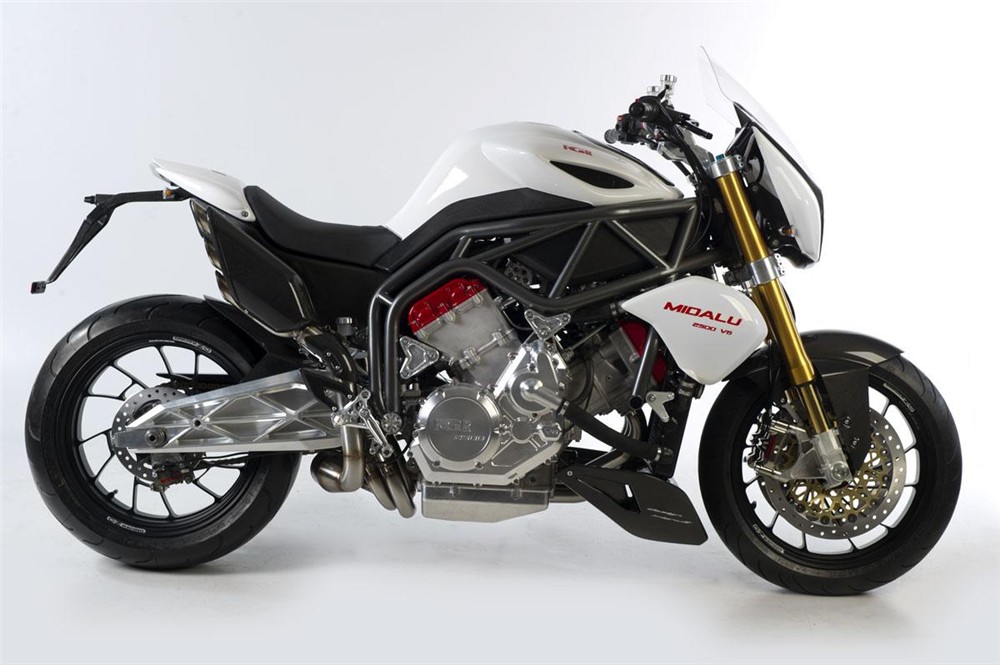 Called the Midalu 2500, this beastie packs a bespoke 2.5L V6 that has been in development for seven years and yields an eye-watering 240hp. For comparison sake, the 2.5L V6 in Infiniti’s new G25 sedan produces 22 fewer ponies, though differing emissions standards and equipment needed to meet them may account for just about all of that deficit.

The smog police are not, however, to blame for the Midalu 2500’s weight advantage. While a base G25 smooshes the scales to the tune of 3,534 lb., FGR says its Frankenbike will weigh in at 595 lb. If you’re into keeping score, that’s a power-to-weight ratio of 2.48 lb./hp. Big whoop, say you? A Corvette ZR1 checks in at 5.22 lb./hp. Bugatti Veyron? 4.16. And when it comes to these numbers, lower is most definitely better. 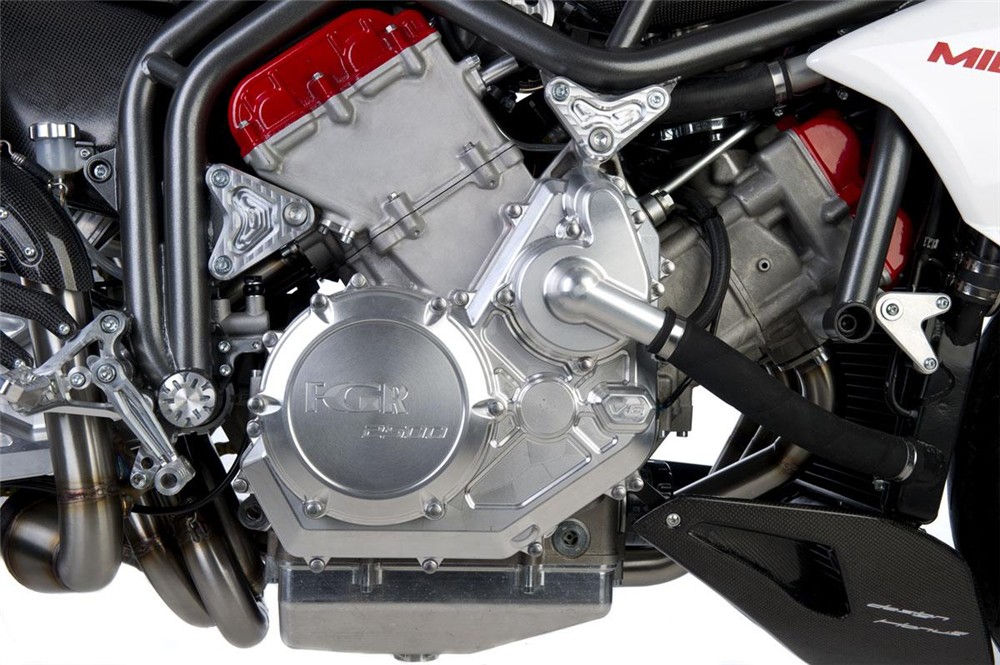 How does the Midalu 2500 stay so trim? The seat is carbon fiber and mostly self-supporting, and hung off the back of the functionally sexy trellis frame. The gas tank is also carbon fiber, and both it and the seat work to lower the center of gravity for improved handling. Of course, it should go without saying that this baby’s stock and trade is really flinging you toward the horizon at velocities that would probably allow you to make the Kessel Run in 10 or 11 parsecs. And no having to buy Frontline for your copilot, either.

What price to partake in this kind of insanity? FGR isn’t saying, but it is saying that the first-year production run will consist of a whopping six (yes, six) copies. In other words, if you have the means and the perverse desire to hear St. Peter tell you “Well that didn’t take long” upon your arrival at that fancy country club for winged harpists, get in line yesterday.