Ferrari Will Build Hybrids at Gunpoint 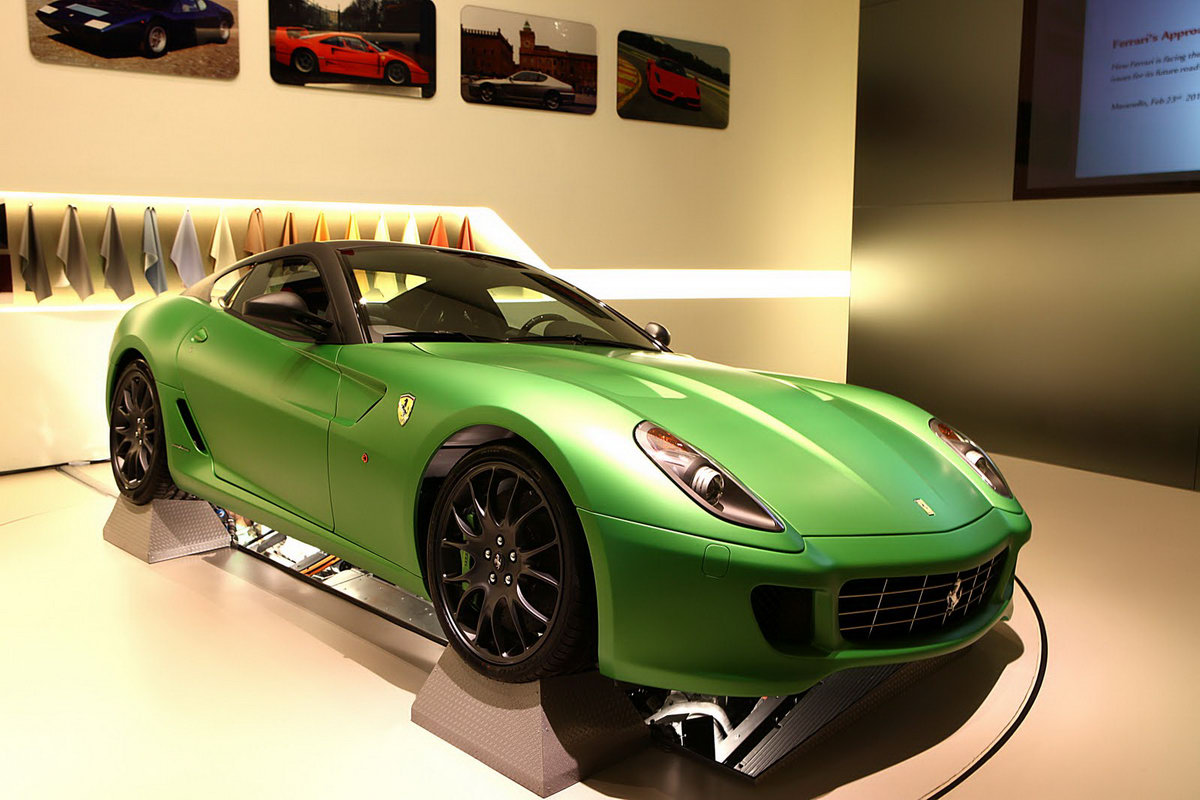 When the hybrid revolution loomed its slow and ugly head I was accepting, but wary. How would this affect the great cars of our world? I’m fine commuting to work or schlepping kids in a dreary fuel-sipper if it means cleaner air and less dependency on foreign oil. Honestly, I am. We simply cannot continue to exist as we have in the past if we hope to have a future. But surely there would be stipulations that would allow the greats – Ferrari, Lamborghini, Zonda – to escape a life of restriction and abstinence from horsepower. Right? Can’t we have our economoical work-horses for Monday to Friday and still keep the stallions for the weekend?

While Ferrari has made some alternative energy concepts, like the 599-based Hy-kers example above, it’s been planning to focus on reducing the emmissions of its horses without resorting to removing their “orbs of essence.” Apparently I’m not the only one afraid and annoyed at this possibility. At the Beijing Motor Show, Autocar caught up with Amadeo Felisa and asked about a “greener” future for Ferrari. The response wasn’t as enthusiastic as your local Birkenstock salesman would hope:

“[Hybrids will come in] 2015, if we are forced to by the [government] regulations. The issue of emissions for Ferrari is more a political one than real one. Lowering emissions of every Ferrari will not save the planet, but it will cost us a lot of money… In the next five to 10 years, hybrid technology will develop and maybe something else will come up. Maybe it’ll be hydrogen, but for our cars only hybrid is ready.”

The phrase that pays here is, “if we are forced by the regulations.” Forced. Not advised, suggested, requested or asked nicely with a box of muffins, but forced to build a hybrid car. The sentence that followed was a bit abrasively defensive, but also spot on. Changing tractor trailers to natural gas, better public transit, and raising the average efficiency of cars on the road will save the earth, not castrating 5000 cars. Our world needs to think much, much bigger to save the planet. Shut down 20 coal mines in China, then you can knock on Ferrari’s door.

It’s projected we now have 1 billion cars on the road worldwide. Ferrari only produces about 5000 cars a year, or .000005 percent of the world’s cars. They’ve projected a hyrbid Ferrari by 2015, but only because they have to. Porsche has made an exciting hybrid concept, the 918 Spyder, and I have no doubt Ferrari could do it too, but can’t we just let them be? Porsche also builds the fugly, useless Cayenne and it’s slightly-prettier sister the Panamera. Ferrari is the purest of the pure, and I think should be allowed to remain that way. Is it really worth it to tear the soul out of the most legedary auto maker of all time? Please comment below.