Ferrari Goes to the Dark Side: Turbos 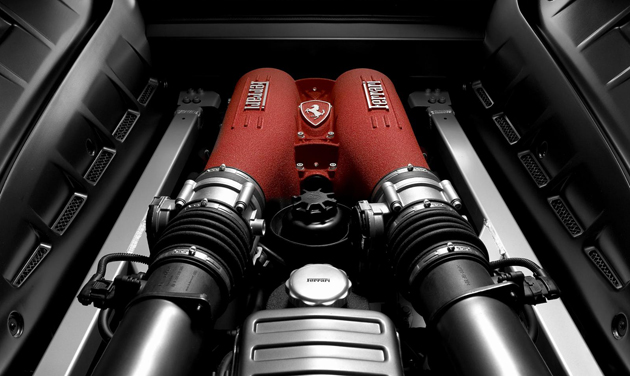 I don’t care what the Chinese calendar says, it is the year of the turbo. Whoever the turbo salesman is, he can probably loan GM more money, because they are everywhere. Turbos now mean less fuel and more power; the best of both worlds. They’ve always allowed smaller engines to make serious power. This year BMW made its award-worthy 3.0 liter turbo and sparked a turbo-renaissance. BMW is considering using turbos for the next M3 and mighty M5. Turbos are being used across the board now. From hot hatch-backs to million dollar super cars, turbo-chargers are being perfected and improved each year. Well, like the last man to jump on a rescue boat in a flood, Ferrari has filed a patent for turbo-charged V-8. Turbo Ferraris? As if it wasn’t hard enough for me to fall asleep…

For a long time there seemed to be two camps of car manufacturers; turbos-for-life (Audi, Volvo, Nissan) and all-naturally-aspirated (BMW, GM, Ferrari, Lamborghini). The Italians were by far the biggest opponents. In all their years building fine sports cars, companies like Ferrari and Lamborghini have built less than a handful of turbo cars. The last turbo Ferrari was the unparalleled F40. Propelled by a 2.9 liter twin-turbo V-8, it was raw, light and fast as hell. Since then Ferrari has been playing clean, using high-strung, complex 8 and 12 cylinder engines to make power. But the benefits of turbo-charging have gotten too strong for Ferrari to ignore. Ferrari’s own engine chief Jean-Jacques told  Britain’s Autocar magazine that the company has begun R&D on a turbo-charged power-plant.

See, Italians are actually born with a very strange allergy. They are allergic to turbo lag. When they see a gas pedal pressed, without seeing immediate power they have a seizure and pass out. But judging by the schematic below, they are committed to beating the affliction. One option would be VVT (variable-vane turbos), which has been very friendly to Porsche. But I sense that Ferrari will make its own path. They’re known for innovation, originality, setting the bar. You can bet that whatever Ferrari develops, it will be one of the best examples of what turbo-chargers are capable of. Just think, if I can get 400hp out of a 4-banger with a few hundred dollars, what can Ferrari do with a V-8 and millions in R&D? Whether it’s an Enzo-replacement with even more power or a more-efficient version of a current model, Ferrari’s future just got even more exciting. 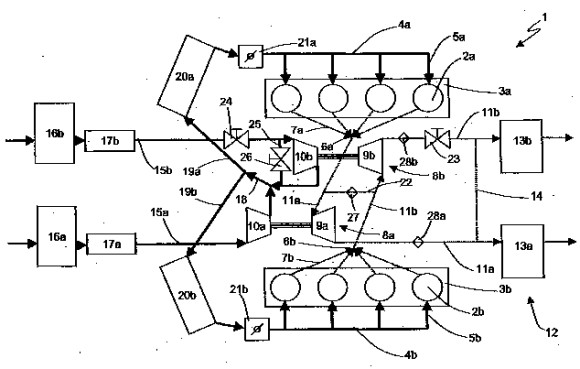