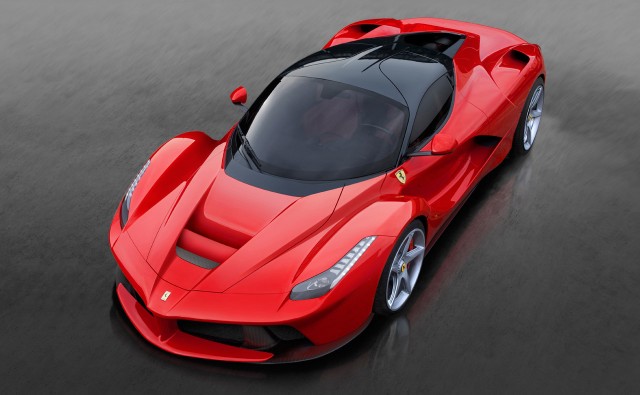 Lets just consider for a moment that Ferrari just achieved the highest rating in the 2013 BrandFinance Global 500 – effectively making Ferrari the most powerful brand in the world. Taking into account metrics such as net revenue, brand affection, loyalty, average revenue per customer, and a number of other qualitative/quantitative factors, Ferrari edged out the likes of BMW and Volkswagen for the top spot and it’s not really hard to see why.

Why? Because the car above is the successor to the legendary Enzo Ferrari that debuted nearly 10 years ago. Described by president Luca di Montezemolo as “the maximum expression of what defines our company – excellence”, the LaFerrari is Ferrari’s first foray into the world of hybrid power and what a first it is… 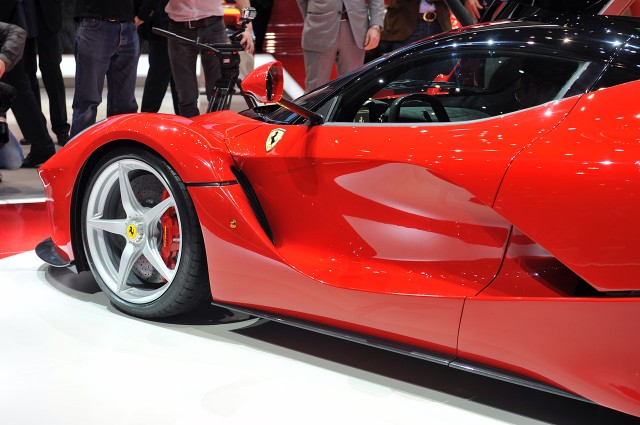 Unlike Lamborghini’s Veneno, which sort of shouts at you and throws you around by the scruff of your neck to look at it, the much more organic LaFerrari invites you to admire its exterior. Large air ducts are tucked graciously into the contours of the sheetmetal and the whole car rises and falls with its own curves. The proportions are classic Ferrari with the long, downward-pointing nose and steeply sloped bonnet. 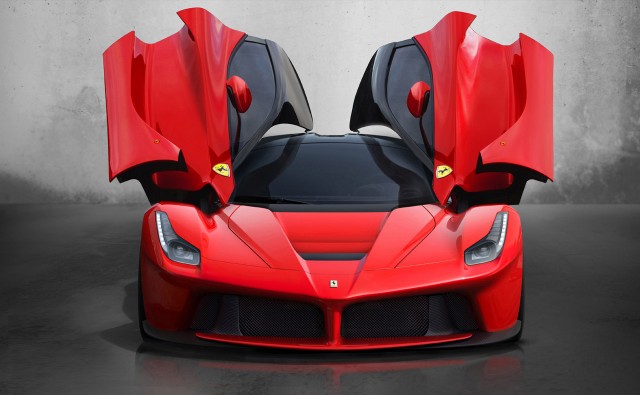 As the oldest team in the F1 book, Ferrari has lots of F1 resources to play with when it comes to designing their road cars and the LaFerrari is no different. With access to Ferrari’s F1 wind tunnel and the input of driving talent like Fernando Alonso and Felipe Massa, the Prancing Horse’s engineers have fitted LaFerrari with a number of active aero diffusers /vanes on the front and rear which are best demonstrated in the official LaFerrari launch video here. 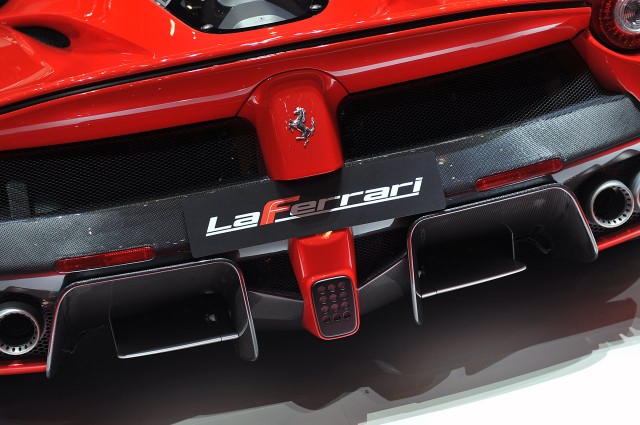 This isn’t the first time Ferrari has played with active aero aids and this editor was primarily surprised by the disappearance of the 458 Italia’s “whiskers” that adjusted themselves to the airflow. Of course, neither is this the first time a supercar/hypercar has fully utilized active aerodynamics – that title would have to go to the Pagani Huayra. However, the LaFerrari’s aerodynamic bits are integrated much more cleanly into the design of the car and fit well with the growing trend of F1-style design cues. 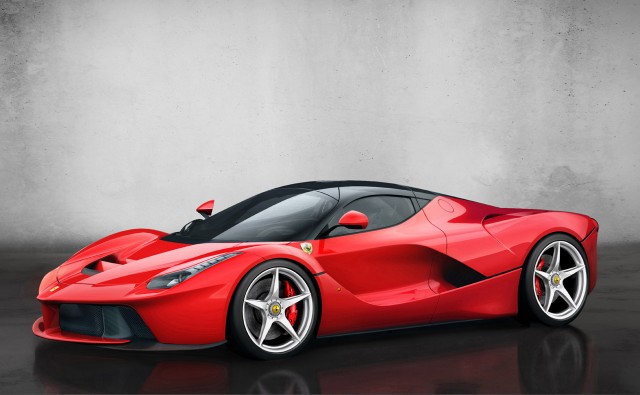 And F1 is where the LaFerrari’s hybrid system really comes into its own. While the LaFerrari V12 makes do with roughly 788HP, the HY-KERS electric motor generates an additional 161HP to produce a combined output of nearly 949HP, nearly 50HP more than the competingMcLaren P1. As the primary benefit of electric propulsion is immediate torque at low-output, the Ferrari engineers have concentrated on letting the V12 do the high-output work and pushed the LaFerrari redline to a road car astronomical 9,250RPM. 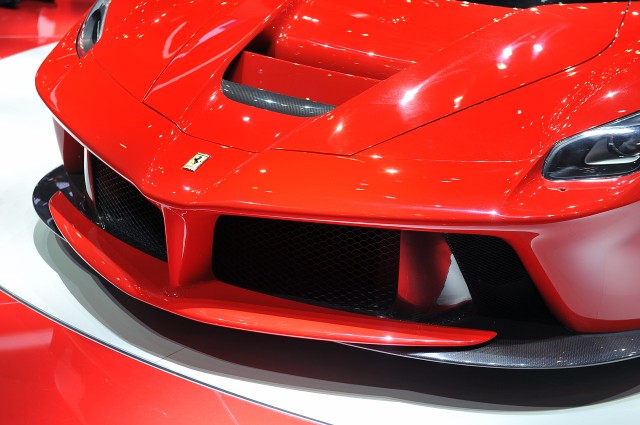 Assembled in the same KERS environment as the FerrariF138, the two electric motors (one for the wheels and one for auxiliary power needs) have been developed in conjunction with Magneti Marelliand together with the battery pack weigh an unbelieveable 132lbs! Considering that a full electric car like the Tesla Roadster (which was developed after 20 years of advances in li-on battery research) uses a battery pack weighing nearly a ton, it’s incredible the rate that alternative energy research is progressing. 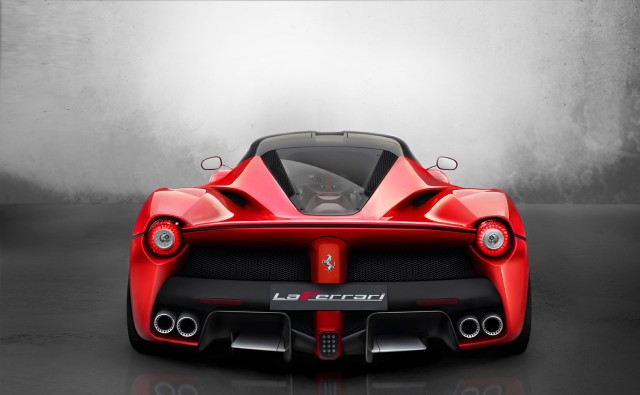 In the pursuit of ideal weight distribution (an interesting 41/59 front rear), Ferrari have even made it so that the driver’s seat is fixed (LaFerrari customers will have a fitted and tailored seat made for them) and that all weight-adding electrical components are as low in the floorpan as they can possibly be. 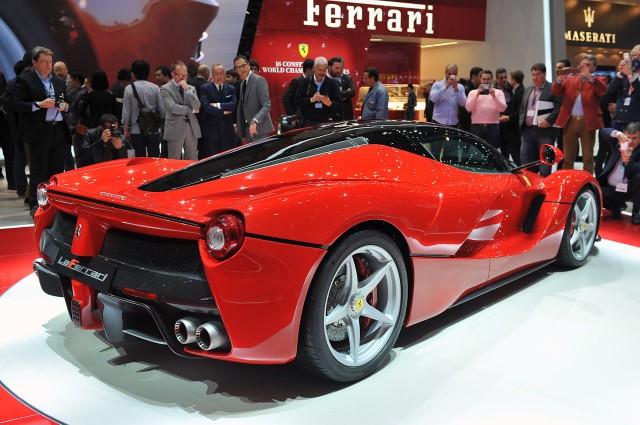 To help meet the weight distribution goal, LaFerrari’s body is made up of four distinct types of Formula 1 grade carbon fibre – all hand-laminated and autoclaved to perfection. Lightweight carbon-ceramic Brembodiscs and calipers have been integrated into the LaFerrari’s control interface to ensure optimal cooling at any time. Tires are naturally provided by Pirelli (having a longstanding relationship with Ferrari from F1) and are sized at265/30R 19 on the front and 345/30R 20s on the rear – surprisingly small in a time where even the Porsche 911 GT3 wears 20’s all around. 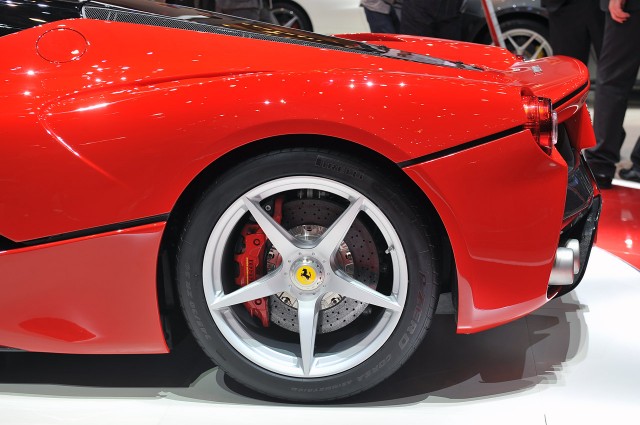 Enzo Ferrari famously said “always build one car less than you think you can sell”.Altogether, the LaFerrari will push 499 well-off customers from 0-60MPH in under three seconds and will do so all the way up to 217MPH. No word on official pricing figures, but the car is rumored to cost $1.3 million a pop. 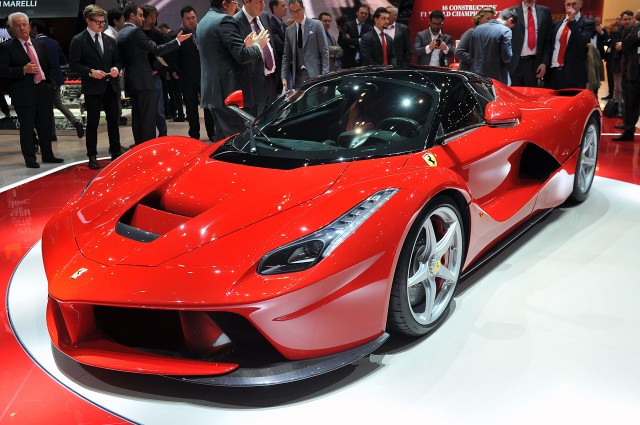