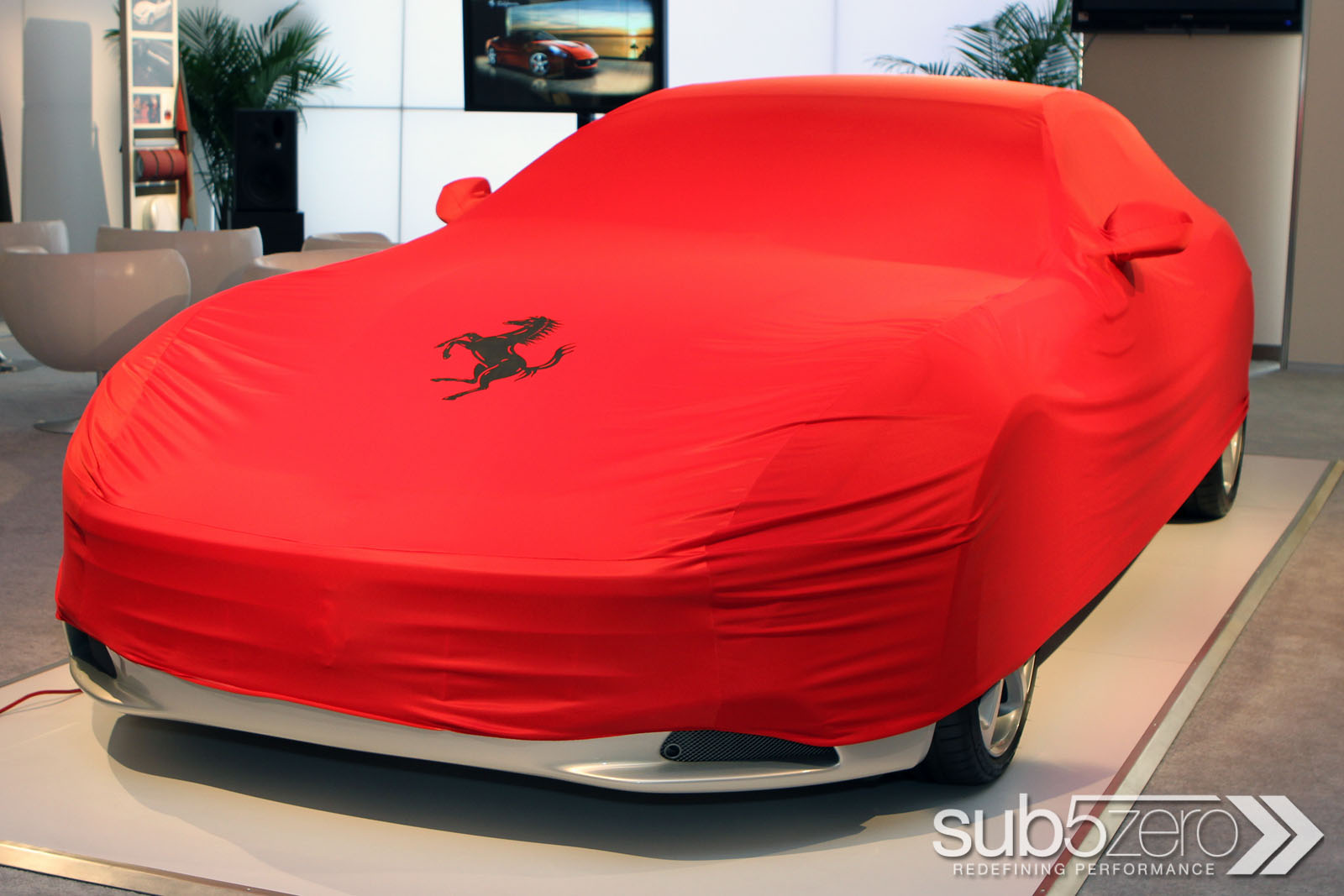 This weekend Mazda Raceway Laguna Seca is home to some of the most incredible Ferraris in the world. From FXX and 5XX programme cars, to a 2007 ex-Schumacher Formula 1 – there are red (and some yellow, blue, and white) screaming redheads everywhere you look. We will have in-depth coverage of this weekend’s events a little later.

But first we wanted to give you a quick sneak peek at the first Ferrari FF on U.S. soil! It was shown to select Ferrari customers this weekend, which included some FXX drivers still wearing their race suits! This particular FF is a Euro-spec car – cars destined for American customers won’t start production until later this year. Ferrari told us they plan to deliver about 40 FF’s this year in the U.S., beginning in late October, early November. 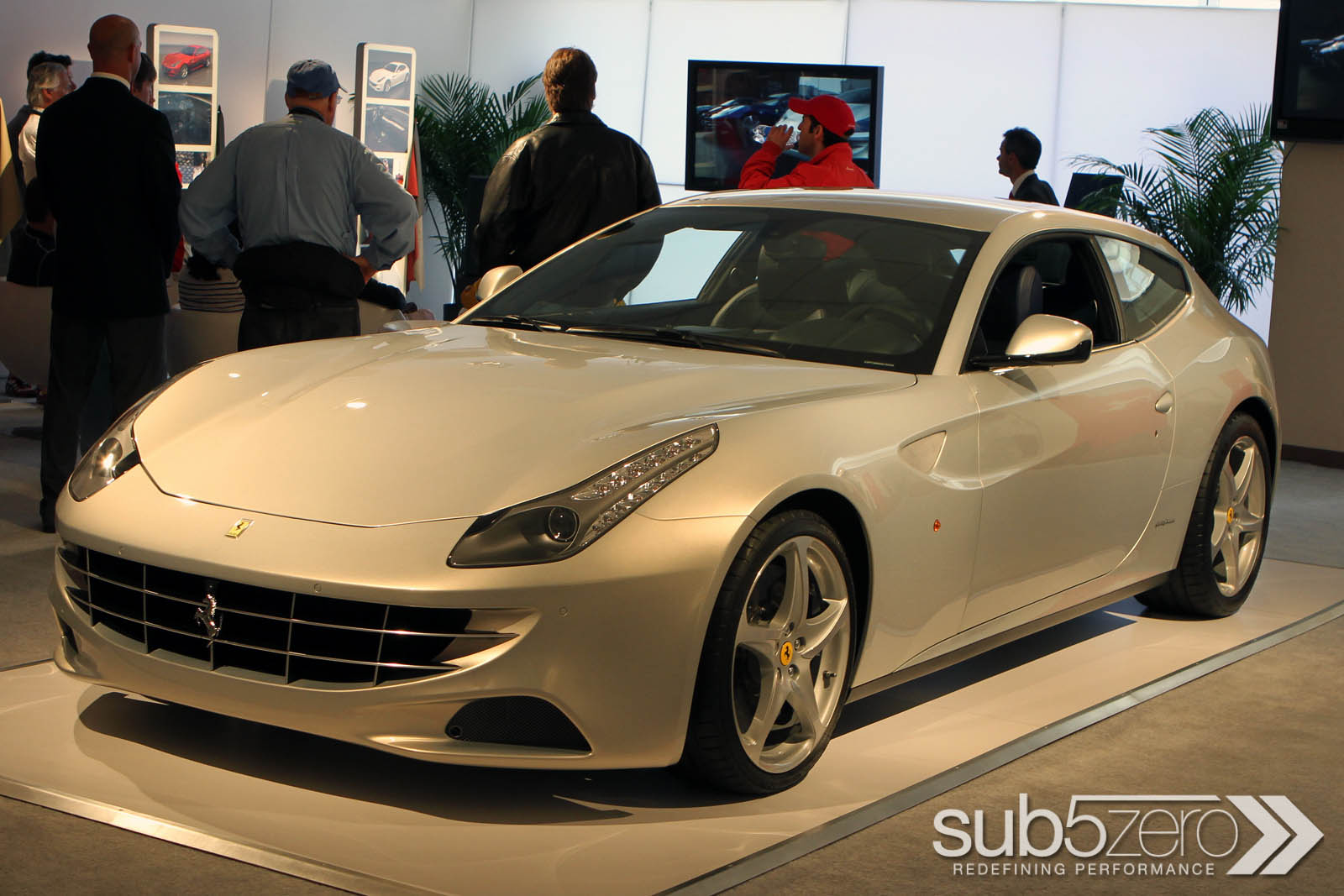 This is Ferrari’s first four-wheel drive model, and first production shooting-brake. It will retail for about $300,000 – but don’t go get your checkbooks out just yet! Ferrari says this car is sold out for at least the next year and a half, which is not uncommon with new models from Maranello. The FF’s V12 is rated at a staggering 651 HP (vs. a measily 612HP in the 599), making it one of the most powerful 4-seat cars in the world. We were told today this car is as fast as a stock Ferrari 599 around Fiorano (Ferrari’s test track). Not many cars out there can be driven to a ski trip one day – and to a track day the next! 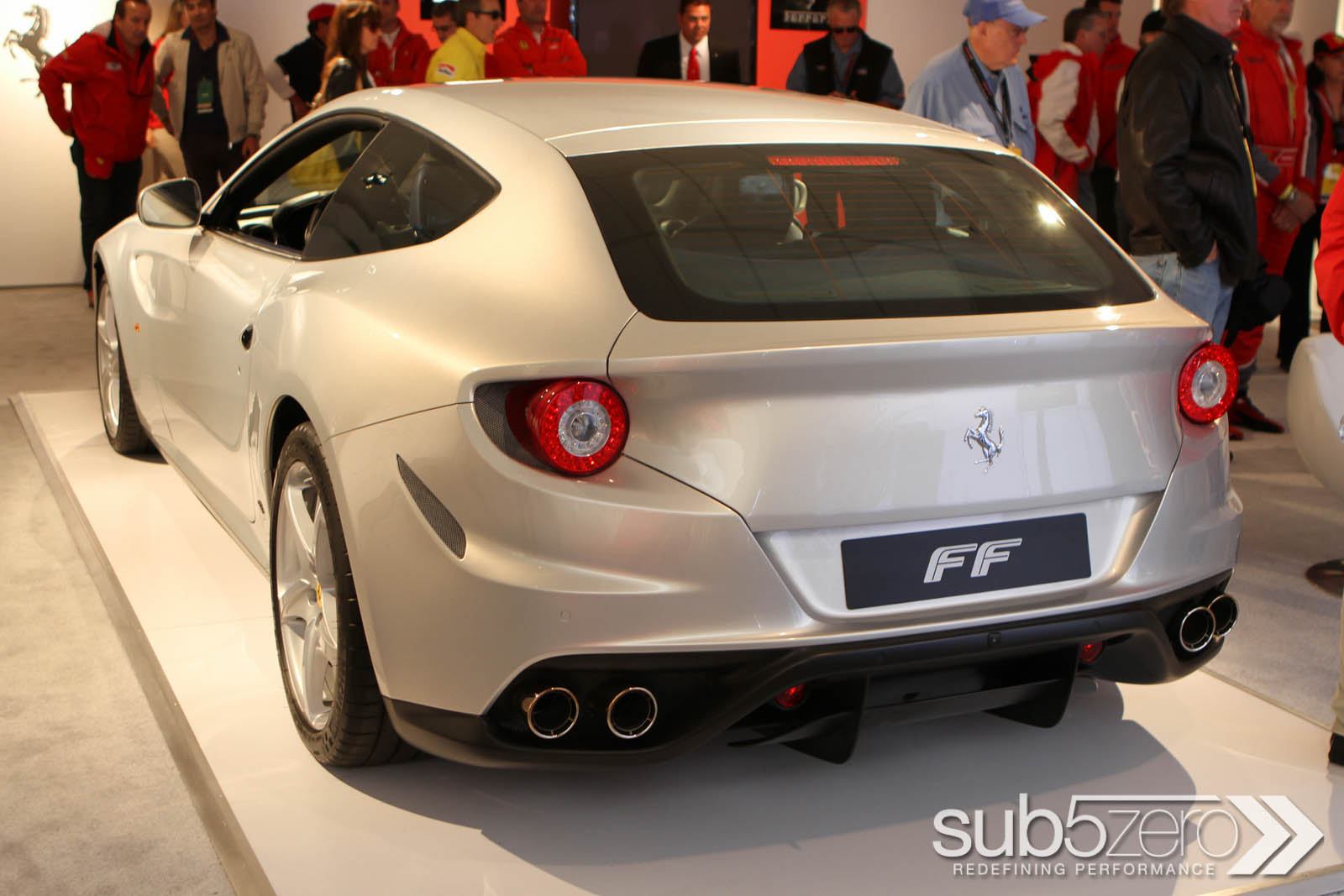 With the phenomenal capability to carry not only 4 passengers, but a significant amount of luggage, Ferrari expects FF owners to drive it significantly more than its other models. According to Ferrari, this was taken into account during its design, ensuring longevity as well as ease in maintainability. 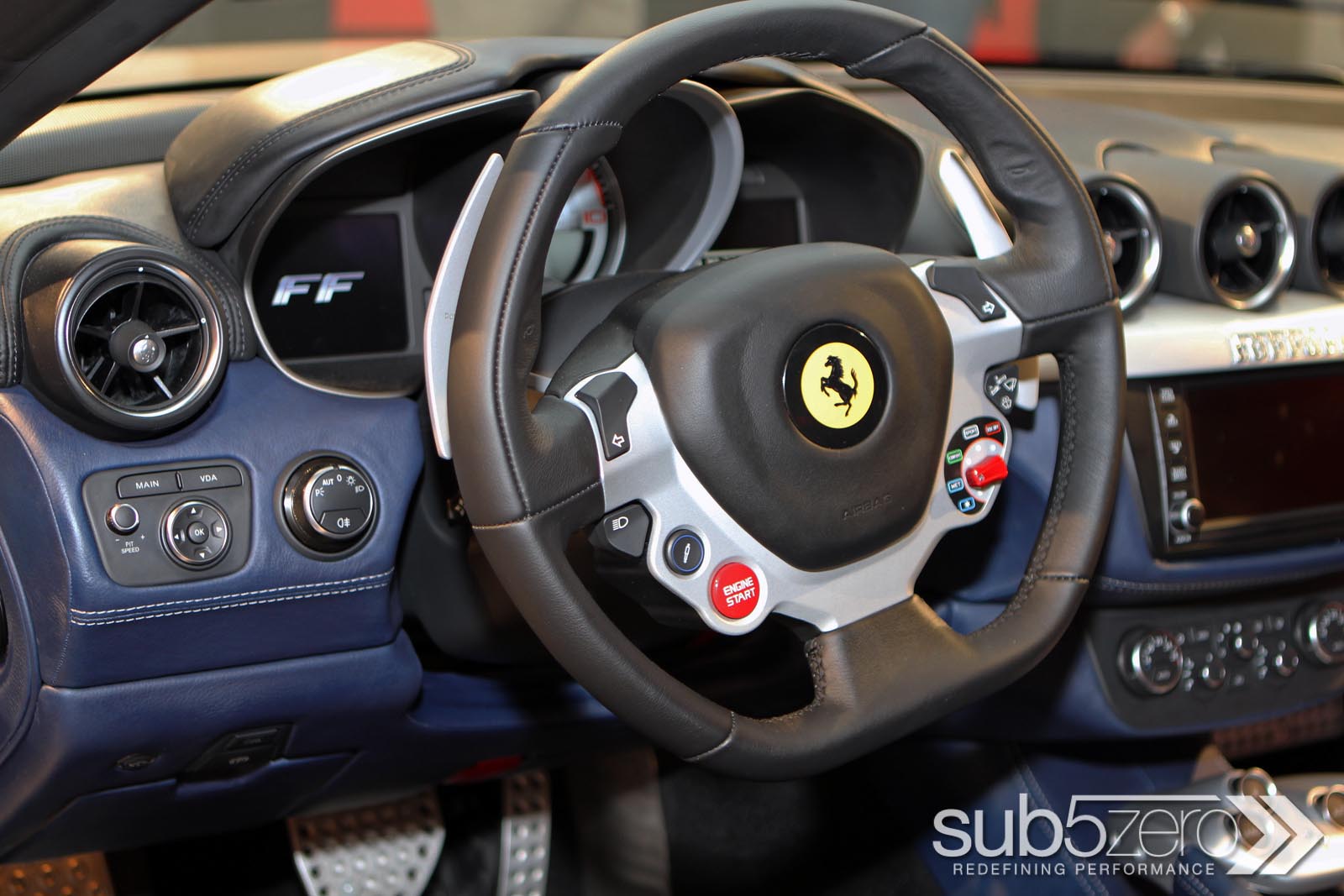 As a wagon-lover, car enthusiast, and skier such as myself – I can’t think of a better daily-driver to own! Although I wasn’t particularly fond of the blue interior in this FF – Ferrari did have some photos of one in Bianco Fuji (White) which I think looks fantastic in this car. I’m starting an FF savings account as soon as I finish writing this article!