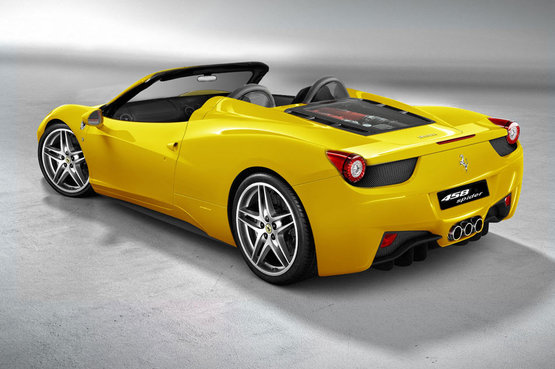 With Fiat about to embark on another huge restructuring plan announced Wednesday, the first question on many a car nerd’s lips, “How will Ferrari be affected?” As it turns out, the House That Enzo Built is not only safe from being watered down and thrown to the beancounters for the foreseeable future, but the next three years will see a half-dozen new models and derivatives introduced. Some will uphold traditions, some will revive them, and some will create new ones.

The first of the six to arrive will be the drop-top Spyder version of the 458 Italia; that industrial-strength toupee remover will land next year. Ferrari also said to expect the hardcore (think 360 Challenge Stradale and F430 Scuderia) version of the 458 in 2013. Considering the standard 458 is about as quick as the F430 Scuderia, and the F430 Scuderia was about as quick as the Enzo, odds are the hot 458 will be a very, very spicy meat-a-ball. 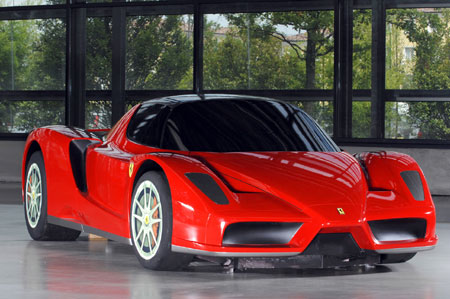 And speaking of the Enzo, it sounds like its successor, which is due in 2012 and may or may not be called F70, will bear more than a passing resemblance to the Millechilli design study of a couple years ago (seen above), at least in the engineering sense. What does that entail? Smaller size, less weight, and a twin-turbocharged, direct-injection engine with fewer than 12 cylinders (most likely a V8, but some reports suggest a V6 isn’t out of the question). If this whole engine-downsizing-with-turbos-on-the-halo-car thing sounds a bit familiar to the tifosi among you, recall that the 288 GTO and F40 both utilized twin-turbo V8s. You do remember the 288 GTO and F40, right? One or both of them likely shared bedroom wall space with Kathy Ireland or Rachel Hunter back in the day, yes? So chances are quite good that Maranello’s next flagship will be taped up alongside Bar Refaeli in many a not-yet-a-man’s cave in two years time. (Personally, we’re Julie Henderson fanciers, but we digress…)

Interestingly, even though the 599 GTB is fairly new (and the 599 GTO isn’t even out yet), it’s apparently due for a rework in 2012. And another new-ish model, the California, will get a freshening in 2013. The facelifted hardtop convertible may wear an “M” (as in modifica) on the end of its name, as has been the case with some other Fezzas throughout history.

Finally, the replacement for the 612 Scagletti is due in 2011, and a derivative of the new 2+2 is likely to be the company’s first production hybrid model. Yes, even the mighty Prancing Horse is joining the green movement, as evidenced by the 599 HY-KERS concept shown in Geneva (though the production car wouldn’t use the Formula 1-derived system). But you can probably rest assured that it, like the rest of these new models, will be fast, stylish, expensive, and unmistakably Italian. In other words, business as usual for Ferrari, and for that, we can all be thankful.