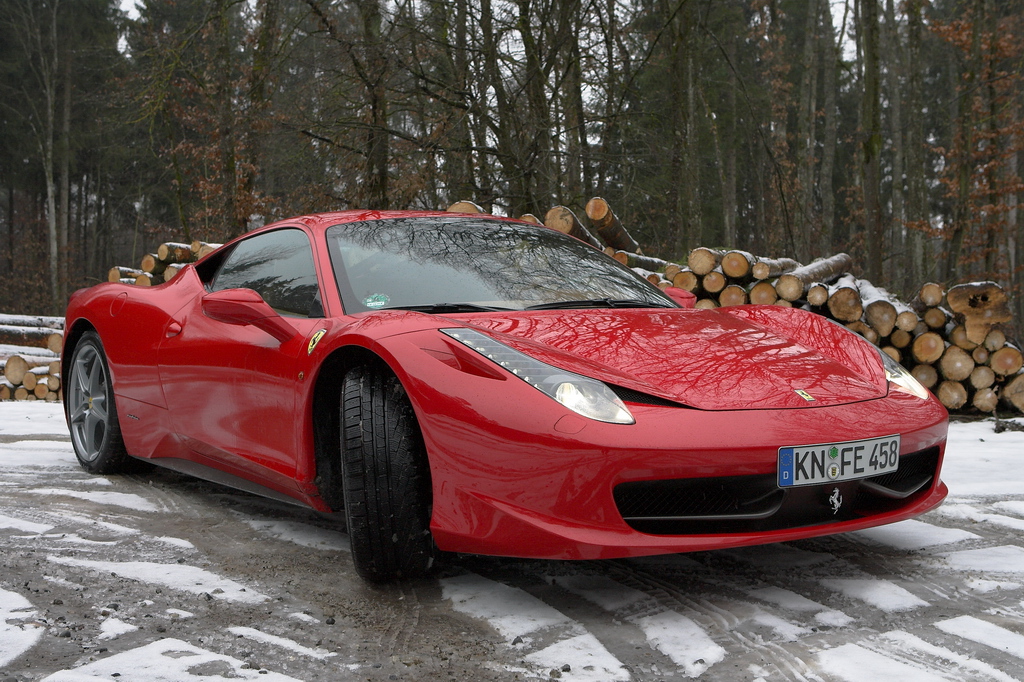 The Ferrari 458 Italia debuted in final production form in late July to widespread oohs and aahs. Since then, we’ve seen some polished press footage of this supercar performing hot laps at several racetracks from various media outlets. But what we have been yearning for was some true-to-life, caught-in-the-wild video to give us an idea of what the Ferrari 458 looks like on city streets.

An astute driver in the Netherlands was passed on the highway by the 458 Italia and quickly went into chase/stalker mode with their handicam. They followed the car to Kroymans Ferrari/Aston Martin/Maserati in Hilversum and waited until it went on another run to capture some great footage. Ferrari’s new wondercar was filmed in various environments and situations to give us a nice all-round preview in the real world. Check out the video after the jump.

This Ferrari is schedule to go on sale in the EU in the spring of 2010 at an expected/leaked price of €162,900. No pricing has been set for the North American market as of yet.