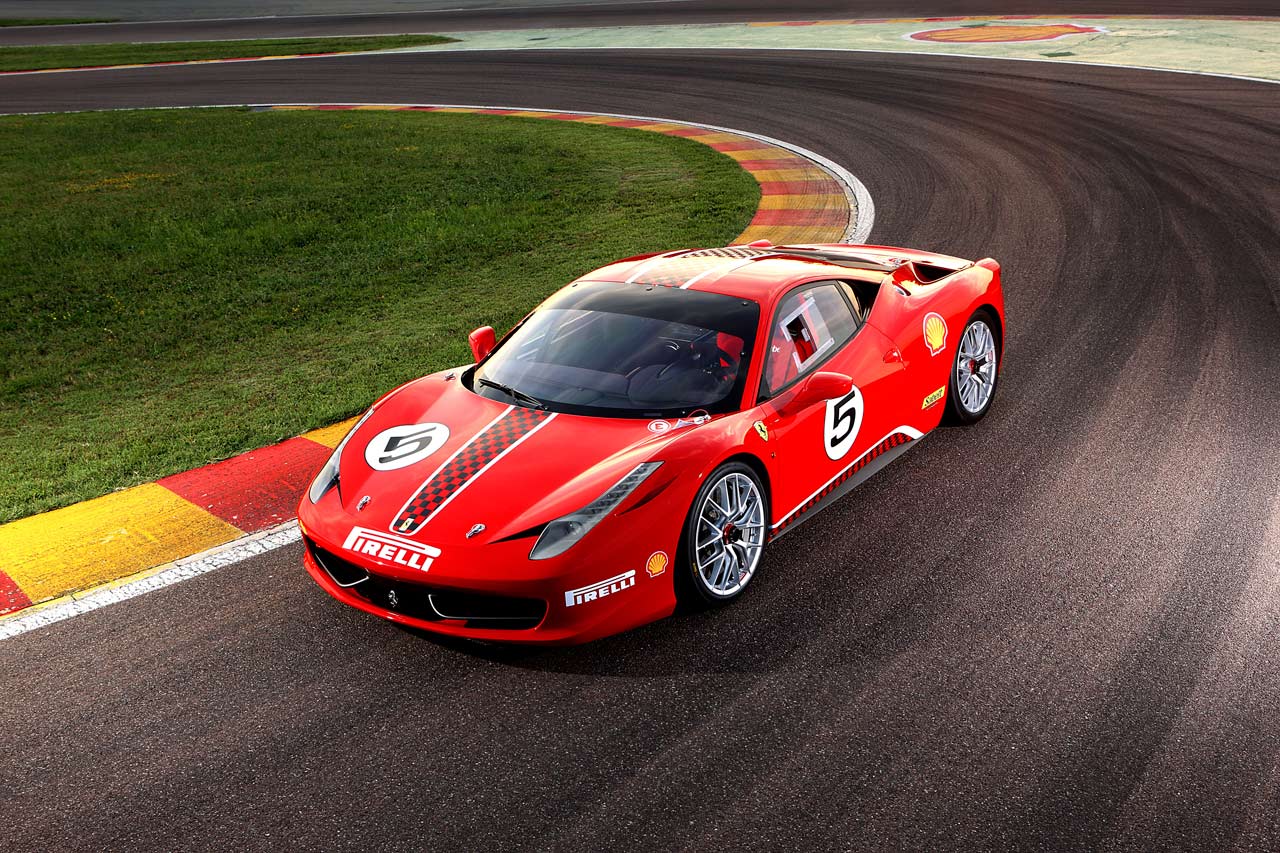 Ever since the 355 Challenge of the late ‘90s, Ferrari has been producing lightly-modified, track-only versions of each of its mid-engine V8 models and putting on one-make series in which they can compete. No points for guessing, then, that Maranello’s newest “budget” model – the 458 Italia – would spawn the competition version seen above.

Taking a cue from its predecessors in that it’s named the 458 Challenge, this latest rich-boy track toy reatains the street version’s direct-injected 4.5L V8, producing the same 570hp. However, it has less mass to schlep around thanks to weight-saving bits like Lexan windows and carbon fiber body panels. Reprogramming the paddle-shift dual-clutch transmission and tweaking the gear ratios relative to the standard car gives it even more scoot.

But Ferrari didn’t just improve the car’s straightline abilities. They also changed the suspension bushings to solid aluminum, adjusted the spring and dampening rates, lowered the ride height, and installed Pirelli racing slicks on center-lock 19” wheels to help it stick even better than the normal 458. How much better? Try 1.6 G. Wowee. And when the time comes to slow down for those squiggles, you’ll have the latest evolution of Brembo’s carbon-ceramic brakes (the same ones found on another track-only Prancing Horse, the 599XX) one push of the left pedal away. You’ll also have a version of the company’s F1-Trac traction control system, with setting optimized for wet and dry track conditions so you can (hopefully) avoid wadding up your (sizable) investment.

Look for the 458 Challenge to make its debut in the Ferrari Challenge Trofeo Pirelli next year, as well as in a new Asia-Pacific all-Ferrari series that will also kick off in 2011. That makes at least two spec series we can get excited about.