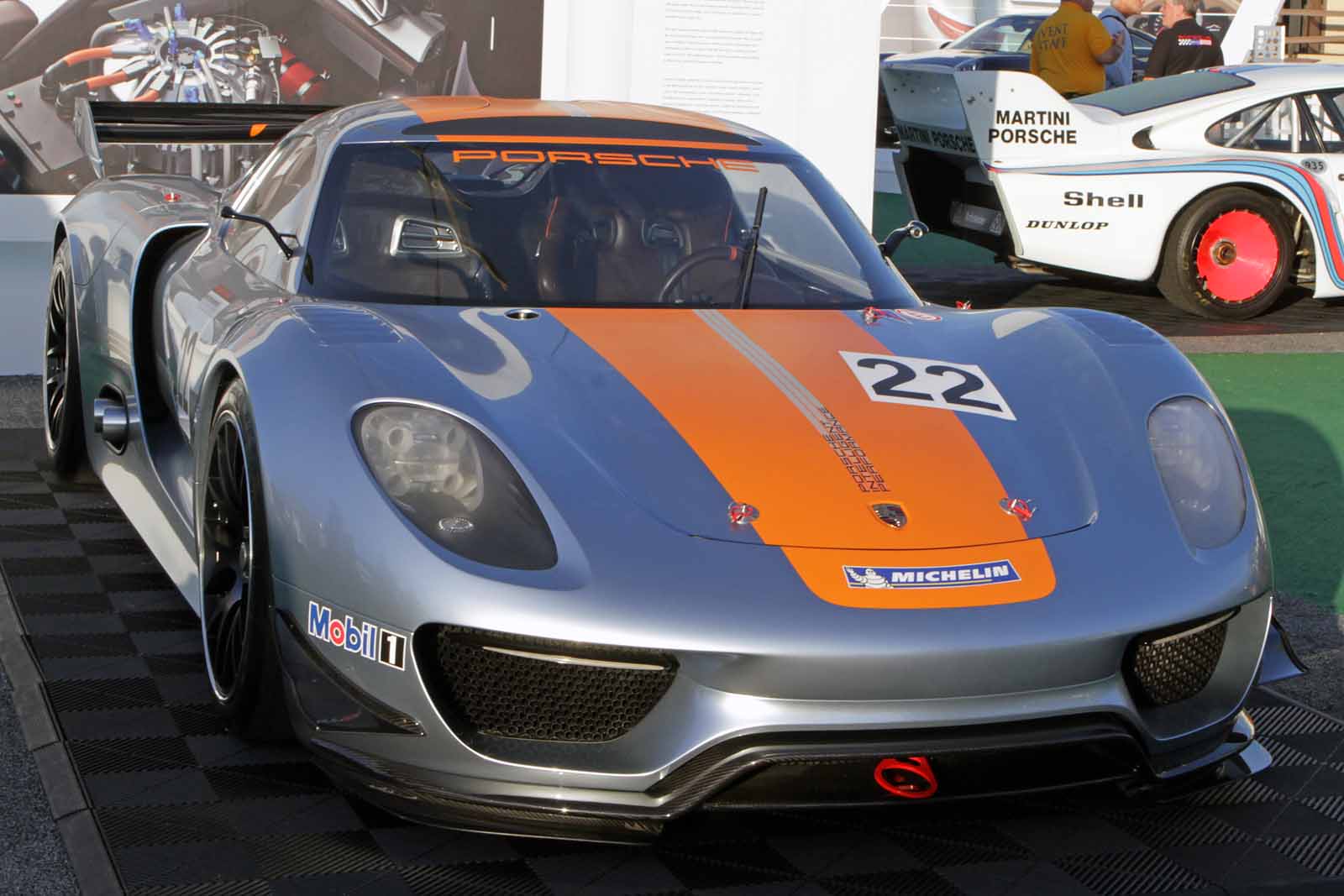 Porsche first showed the 918 RSR at this year's Detroit Auto Show. The car is somewhat of a marriage between their upcoming supercar – the 918 Spyder – and the 911 GT3 R Hybrid race car. Painted in what Porsche calls "liquid metal chrome" blue, the RSR features a carbon fiber-reinforced (CFRP) monocoque, similar to that of the RS Spyder. It's V8 engine is also derived from that of the RS Spyder, putting out about 560 HP at 10,300 RPM. Click past the break to see more of our photos from this amazing car at Rennsport Reunion, and find out what makes it truly unique. 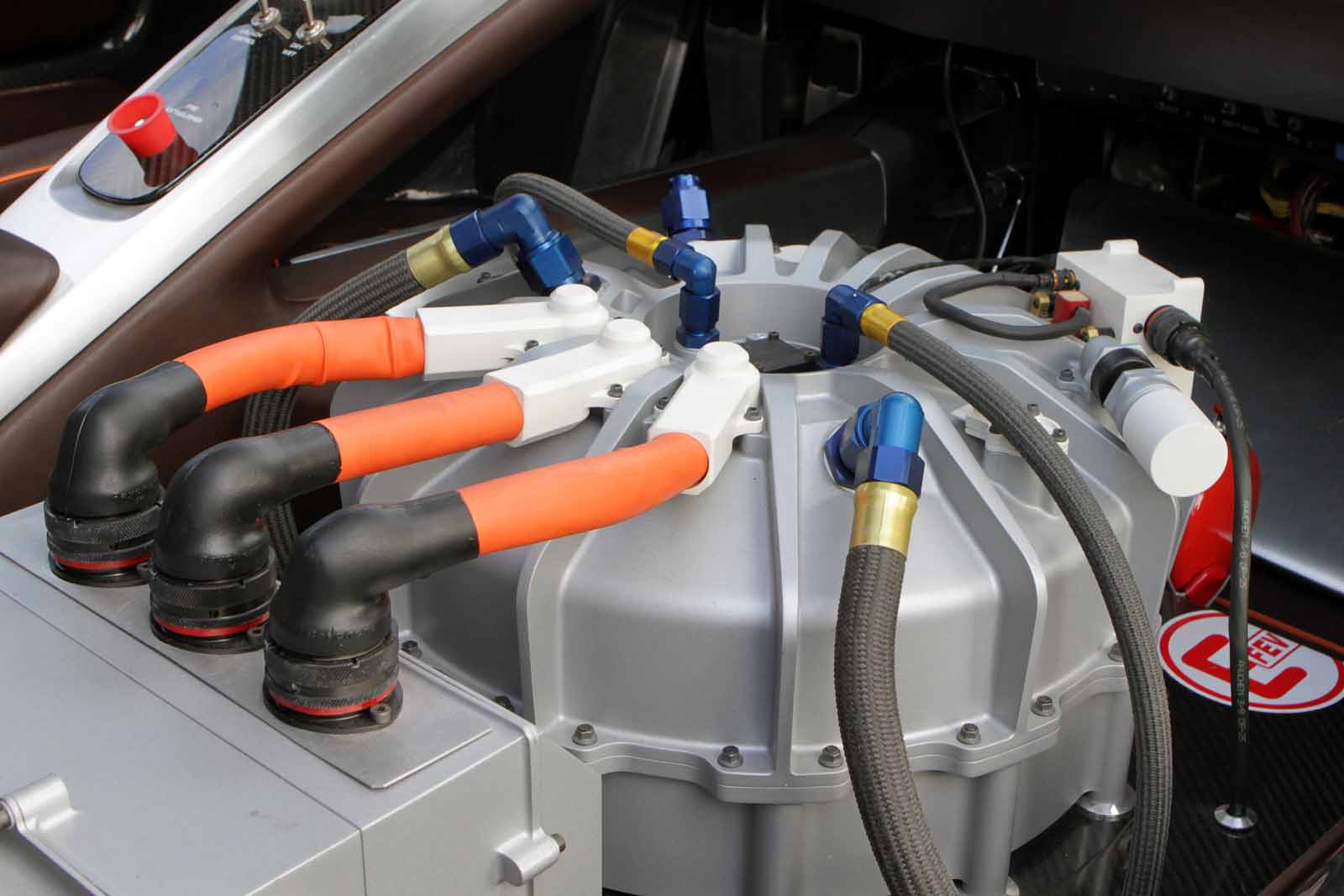 Instead of a passenger seat, the 918 RSR features a flywheel accumulator, which stores braking energy. This stored energy can be used as an extra "bump" in power used for passing – similar to the KERS system used in Formula 1 today. The accumulated power is delivered to the car's front wheels via twin 75 kW motors, which when combined with the car's V8 generate a combined output of 767HP. 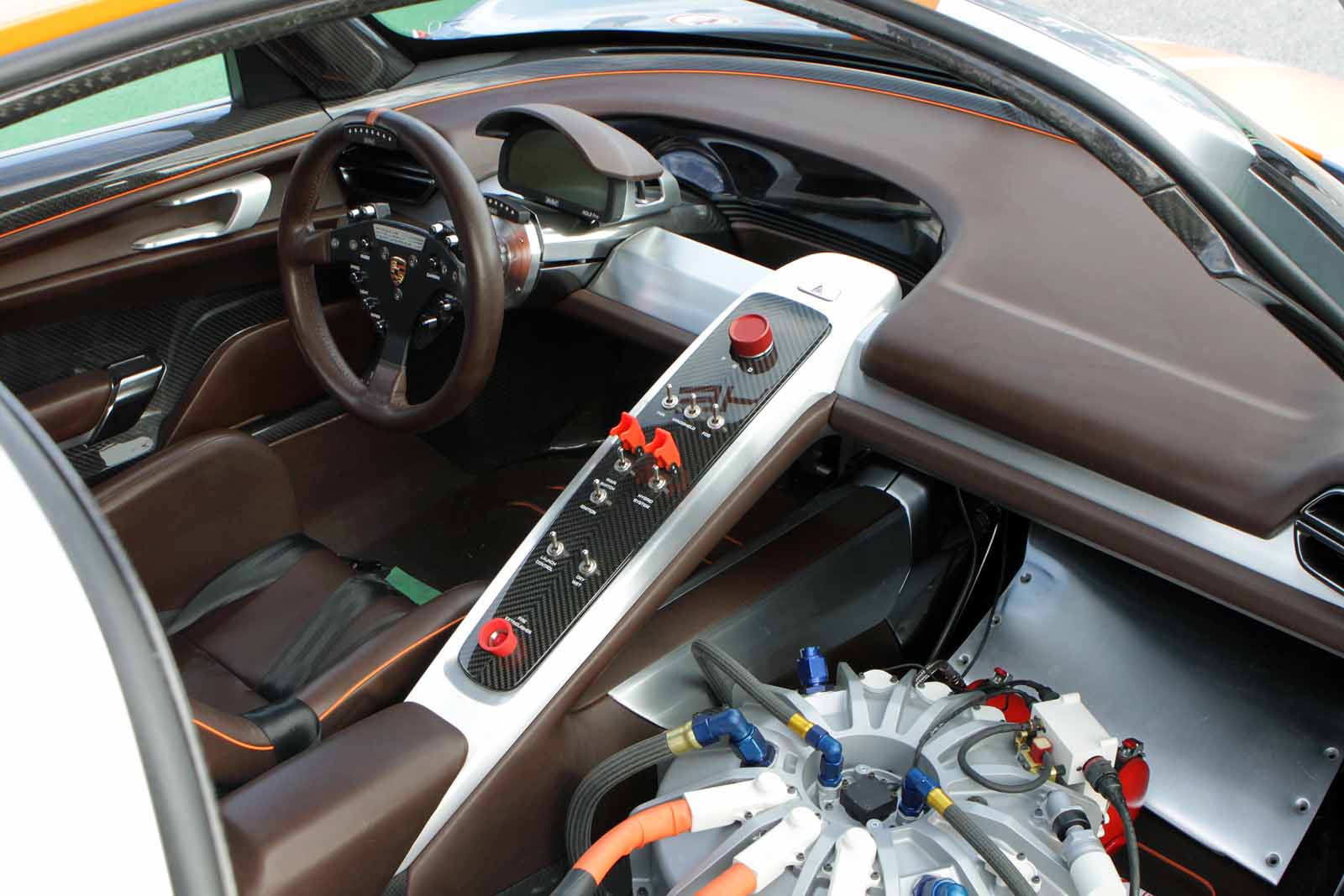 The two electric motors also provide torque vectoring functionality – further increasing the car's agility on track. The flywheel rotor spins at up to 36,000 RPM to store rotational energy when the car's brakes are applied. The additional power from the electric motors is available for 8 seconds when fully charged. The Porsche 911 GT3 R Hybrid, which we saw race in ALMS, can also use this stored power to delay pit stops. This can allow the car to stay on track longer, gaining valuable time in long races such as the 24 Hours of Le Mans. The 918 RSR features a 6-speed sequential transmission also similar to that of the RS Spyder. Check out our gallery below of this amazing piece of race car engineering.