This week’s featured car is brought to you by the letter, C. I’m sure you’re thinking, “What are you talking about Zack?” Well, the letter “C” is used to spell words like coincidence, credibility, comprehensive, conquer, crazy, and of course, cool. All these words can be used to describe Alex Shen’s 2008 Lamborghini Gallardo Superleggera. We will have a full story on Alex soon, but until then here’s the Cliffs Notes on him: 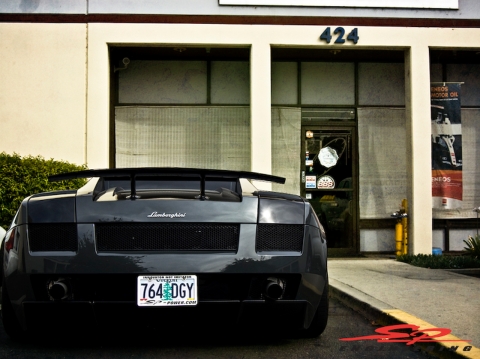 He opened his tuning shop, SP Engineering, in City of Industry, CA in 1996. When it began it was 4,500 sq. ft and had 4 employees, including Alex. Now it is 13,000 sq ft. with 21 employees helping to run it’s tuning, service, retail, wholesale, warehouse, and website. His customers’ cars, and his own, have been featured in; Turbo & High Performance, European Car, Sport Compact Car, and Import Tuner. Alex started out tuning Japanese cars, and quickly built a reputation for powerful cars that had something special, reliability. For example, his personal R34 Skyline is “conservatively tuned for daily driving” at 790WHP. After conquering the Japanese car market, Alex began playing with cars from Europe. He is the founder of Lambo-Power.com, the biggest Lamborghini forum on the internet today. The car that won our “Best Modified Exotic” Award at La Dolce Vita was built, and owned, by Alex. 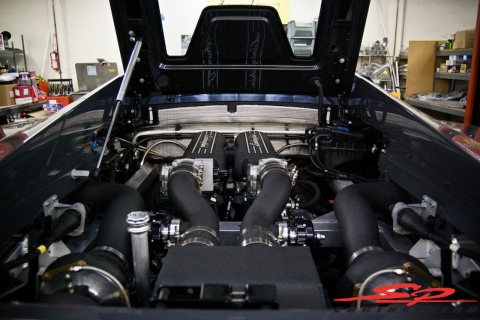 It was only a matter of time before the raging-bull bug bit him again, and of course evolution always progresses forward, so this wasn’t going to be a car with just some tint and exhaust. No this was going to be something special. The first step was which car to pick as a canvas. Alex picked the unforgiving, focused, stripped down Lamborghini Gallardo Superleggera. This car was built for lightweight fights against it’s opponent named “Scuderia.” If you want to cruise Rodeo Dr buy corpulent Bentley. Lighter, lower, and faster than a standard Gallardo it carries a mean 523hp that screams forward with a howl. It steps into the ring weighing 220lbs less than a standard Gallardo, but that was probably just a nice way to get weight-saving out of the way so Alex could focus on the fun parts. It was immediately shipped to Heffner Performance, in Sarasota, FL. If you aren’t sure who Heffner is, click our link in the tuning section. The short version is Heffner will ship you a performance package that will give your Viper 1250hp. If you happen to own a Gallardo instead, “there’s an app for that,” 850 or 1150hp packages are available. Heffner installed the latter package, and sent the car back to Alex. 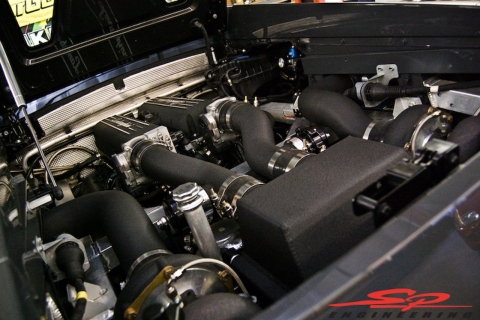 Being the master-tuner he is, the car arrived un-tuned. Alex threw it on the dyno, and in short time it was putting down 600WHP on pump gas. Before you chime in with, “My Mustang/Corvette/Nova has that much power!” this is 600 AWHP, and with race gas Alex is aiming for a Veyron-trouncing 900+AWHP.

To put that power to the ground, Alex put on a pair of formidable looking 20” Volks Racing G2s, 9 inches in the front, and a sticky 11 inches out back. Made of a single piece of forged aluminum these wheels not only look incredible, but lower the rotational weight, because clearly 600awhp would feel like a school bus without light-weight wheels, right?
Keeping the car planted in the corners, and adding to the sinister look of the car, Alex dropped the car 1.5” on a set of Swift Springs. The springs are incredibly light, sitting at just about 2 pounds each. 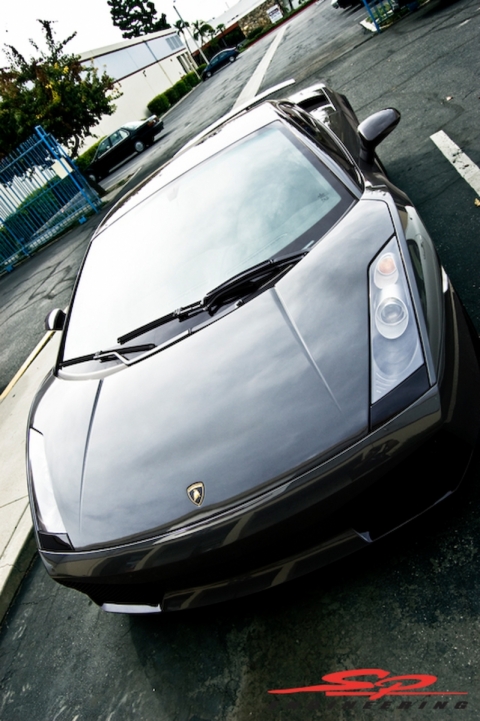 The combination of a lowered stance, the dark metal/green color and black 6 spokes tell anyone around it this car is all business. Instead of yelling at everyone with a Lime Green paint job, this car just lets it’s performance do the talking. If I walked outside and said the words, “Twin Turbo Superlegerra.” Jeremy Clarkson would stop mid-sentence and say, “Did you hear something?” Even the Prius-loving Al Gore would want to go for a ride in this car.

And Alex Shen isn’t finished yet, he has more planned for this car. I witnessed firsthand the artistic and comprehensive vision, and execution, this man has for building fast cars with his Blue Murcielago. I can’t imagine where his vision will take him with this car, but I’m sure it will be stunning.