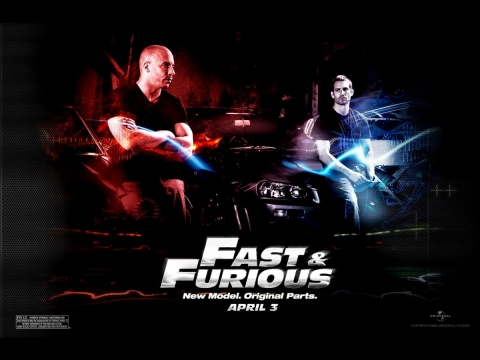 It’s official. Fast & Furious is a runaway success that doubled original estimates… well at least after opening weekend where the fourth installment of the franchise netted $72.5 million according to preliminary estimates. It now has the distinction of having the best ever April opening by surpassing the $42.2 million pulled in from Anger Management. And it also gives Universal Pictures a notch in its belt by beating out the studio’s previous 3-day opening record of $72.1 million set by The Lost World:Jurassic Park. And while I’m on a roll, Fast and Furious had the best opening so far in 2009, beating out the previous franchise record from 2 Fast 2 Furious of $50.5 million and is #1 right now at the box office.

So, what does all this mean? Why more car movies of course… with massive budgets, bigger stars and more expensive rides, crazy special effects, giant explosions and “you can’t do that in a Civic” lines. Okay, so maybe, maybe not, but at least some eyebrows have been raised and folks are taking notice. Following the footsteps of Alien vs Predator, maybe there is a Transporter vs The Fast & The Furious somewhere in sight. Let’s hope not, but my point is that we will potentially see a resurgence of movies centered around wicked rides.