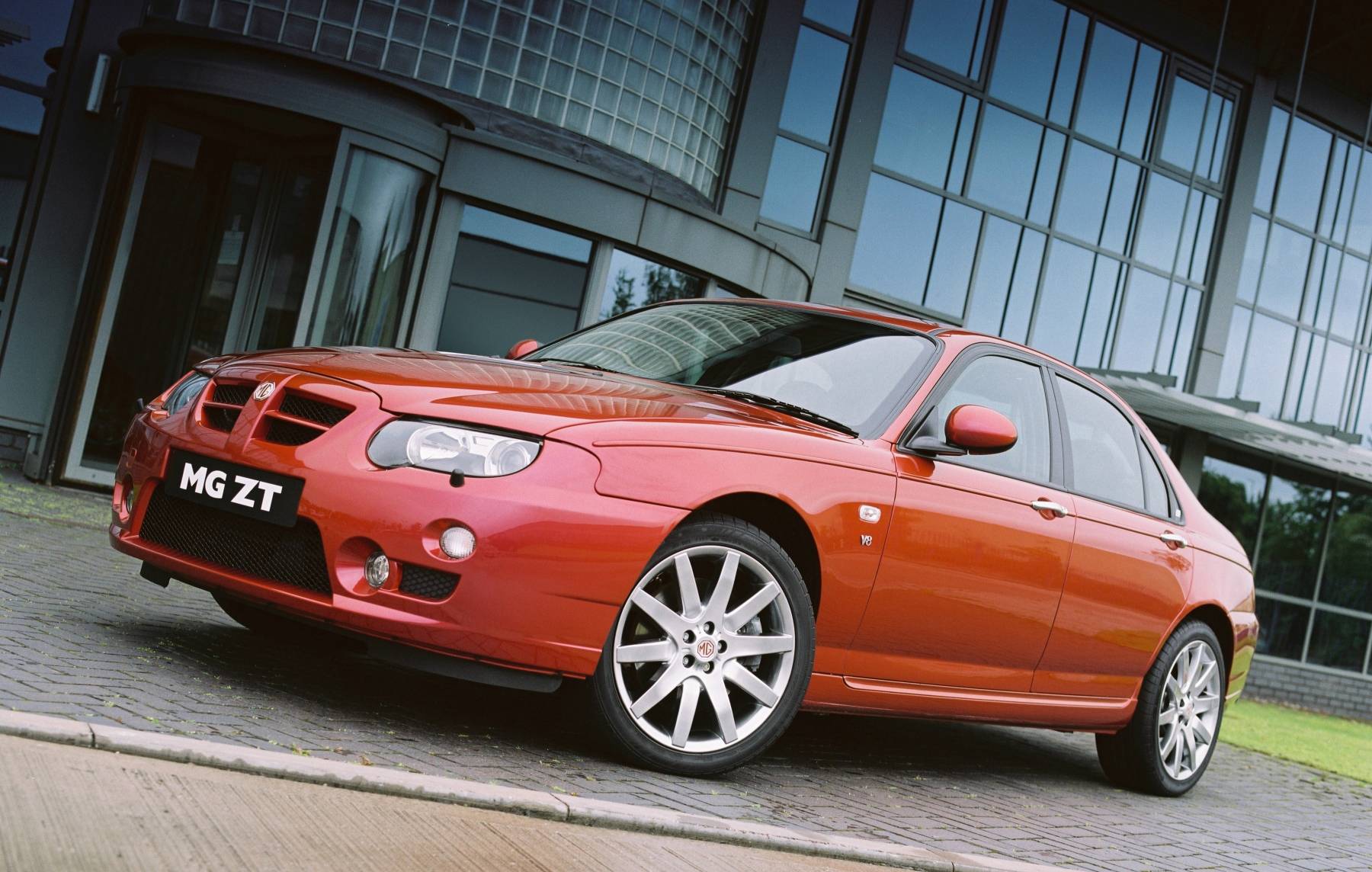 A couple years after the turn of the current century, MG Rover Group – the last British-owned mass-market car company – was barely clinging to life. It had been kicked to the curb by BMW (but not before the Bavarians made the decision to keep Mini for themselves and sell Land Rover to Ford) and left severely cash-strapped. But the company wasn’t about to let those hurdles stand in its way of creating new and interesting models.

Such was the case with the MG ZT sedan (and its station wagon counterpart, the ZT-T), which debuted in 2001. Yes, it shared almost all of its parts with the Rover 75 that hit the market two years earlier, but it had a much sportier flair to it. A mesh grille, monochromatic trim, bigger wheels wearing performance tires, more limber suspension setup and some unique tuning on certain engines made the ZT decidedly less cynical than the average badge-engineering job. But it wasn’t until the 2003 model year that MG’s flagship passenger car made the jump from sporty sedan to super sedan, with a transatlantic terror called the ZT 260. 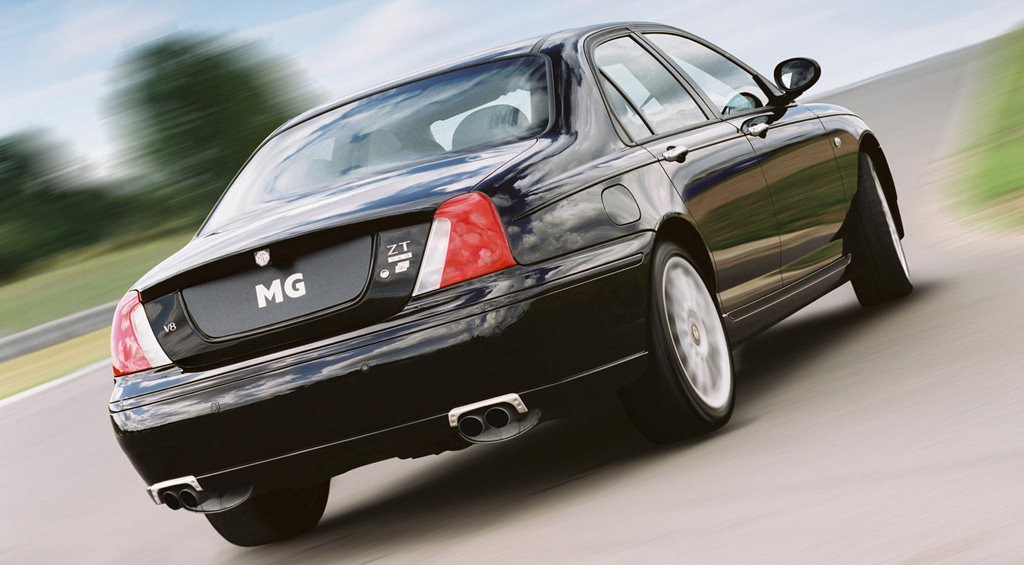 Outwardly, the ZT 260 didn’t look drastically different from other ZT variants. The main giveaways were the badges on the trunk and front fenders, plus quad tailpipes poking out from the rear bumper. Under the surface, though, it was a very different story. Initially, MG tasked Prodrive – the highly accomplished motorsports and automotive engineering firm – with transforming the ZT’s R40 platform (designed for transversely-mounted inline-fours and V6s driving the front wheels) into the X12 platform (which would use a V8 mounted longitudinally to drive the rear wheels). As it turned out, converting a front-drive car to rear-drive isn’t all that straightforward (Who would have guessed?).

Pretty soon, MG and Prodrive started butting heads over the progress of the project, as well as (rumor has it) the financial terms of the deal. Eventually, MG brought the program in house and managed to scrounge together enough resources to finish it. In the end, most of the floor was replaced with all-new stampings that made room for the transmission, driveshaft, rear differential and revised suspension, as well as modifications to the front inner fenders and other areas of the engine compartment. 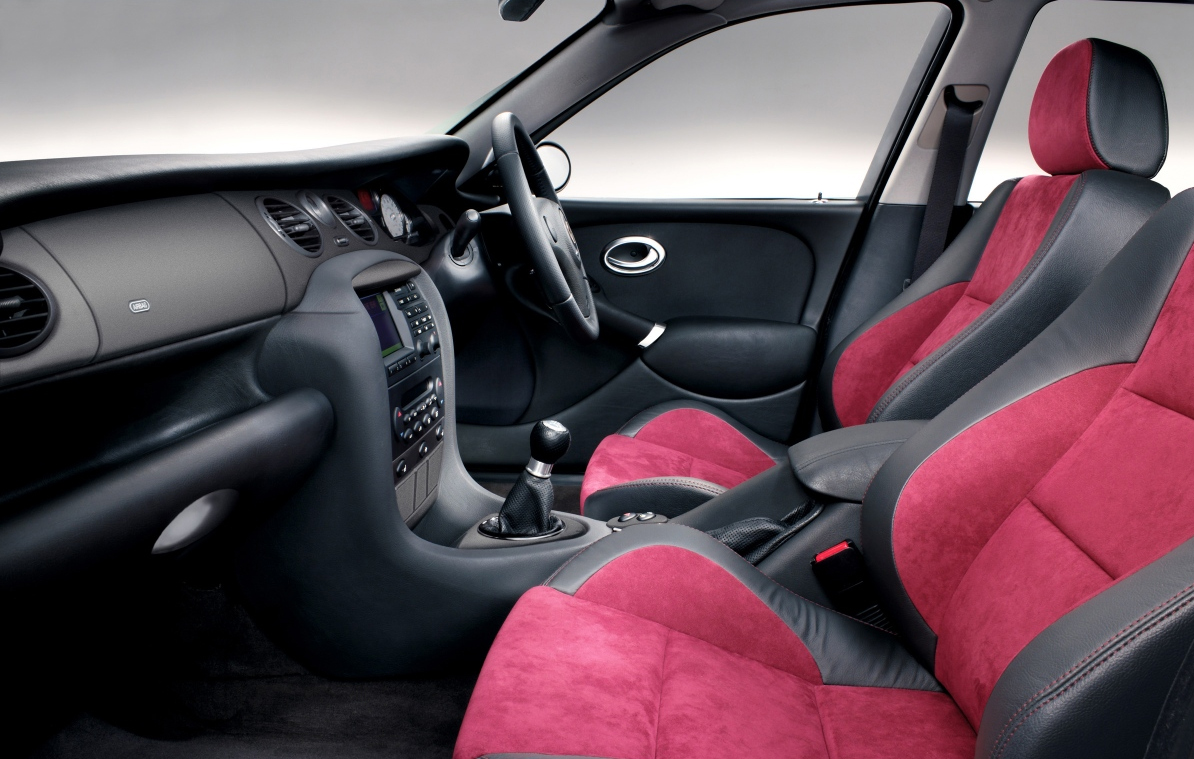 What engine prompted MG to go to all that trouble? That would be the SOHC 16-valve 4.6L version of the Ford Modular V8 that was found under the hood of the contemporary Mustang GT. It made the same 260 horsepower and 302 lb.-ft of torque as it did in the ‘Stang, and offered the choice of the same 5-speed manual and 4-speed automatic transmissions. Early plans to offer an even more muscular ZT 390 with the then-current Mustang SVT Cobra’s supercharged DOHC 32-valve 4.6 sadly never materialized due to the aforementioned monetary constraints.

Even so, the ZT 260 didn’t exactly struggle to get out of its own way. The ZT 260 would scoot to 60 mph from a standstill in 6.2 seconds (6.3 seconds for the ZT-T 260), and an electronically-limited top speed of 155 mph. Not exactly a match for modern super sedans, but because the ZT 260 looks 99.99% identical to all the underachiever front-drive ZTs from the outside, it’s great for sneaking up on and messing with proper sports cars. And in case the ZT 260 still wasn’t enough of a sleeper for your liking, you could also get it in fancy-pants Rover form: The Rover 75 V8, a model that, like the ZT 260, was available as a sedan or wagon with a manual or automatic transmission. 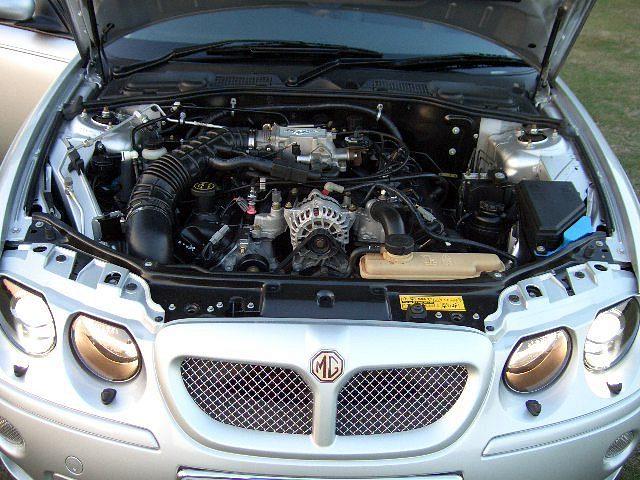 All told, a total of 883 of these Anglo-American mutants (both MGs and Rovers and the sedans and wagons of each) were built before MG Rover Group went belly up in April 2005. When production resumed in China two years later under new parent company Nanjing Automobile, the ZT was renamed the MG7, and the V8 version was nowhere to be found. In fact, the MG7 has never even been offered in the UK! So the ZT 260 and its derivatives are very rare.

And they are even rarer on this side of the pond, since MG retreated from the U.S. market way back in 1980 and Rover pulled out in 1991 (except it went by Sterling over here, as the Rover brand was severely tainted by the quality and reliability sins of the past) after somehow managing to suck nearly all the quality, reliability and baked-in goodness out of the first-generation Acura Legend. That being said, we’re aware of at least one ZT-T 260 that, against all odds, managed to get its vehicular green card. Unfortunately, it will be some years before even our Canadian friends can start bringing in these bruisers en masse. Such is life…