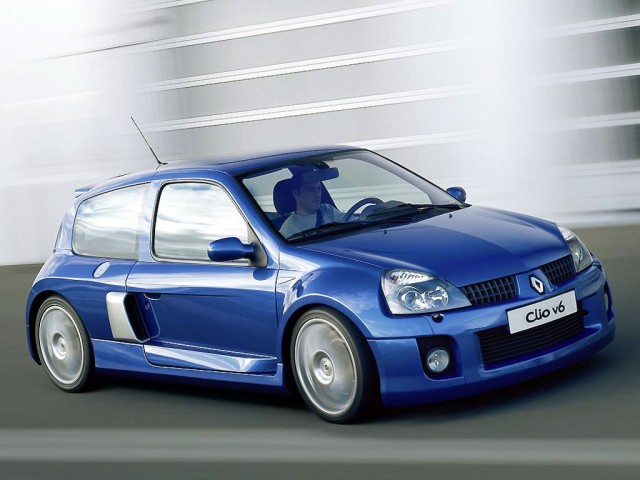 When compiling a list of the most prolific performance cars of the 1980s, you pretty much have to include the Renault 5 Turbo. This flared French hot hatch with a trunk full of engine was not only fou fast, but it was also a force to be reckoned with in rallying. But as the Group B era of dangerously fast limited production specials came to a close, Renault saw no need to keep this extreme econobox in production.

However, as the 20th century was being pushed aside by the 21st, Renault got the mid-engine hatchback itch again. And it was taking a long, hard look at the 5’s spiritual successor, the Clio, which was by then onto its second generation, to form the basis of this new compact powerhouse. And while the finished car – which bore the full name Renault Clio V6 Renault Sport – wouldn’t be eligible for most rally or circuit racing series, the long-running French nameplate was determined to make it a blast to drive anyway. 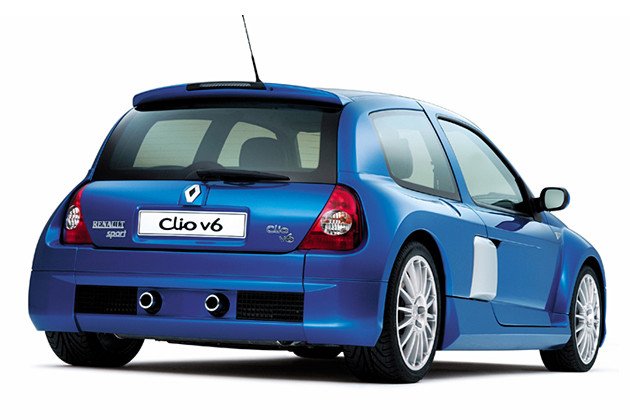 But before it could start building the Clio V6 Renault Sport, Renault decided it needed a hand with both the design and manufacture of it, presumably because the suits upstairs didn’t want a big chunk of company resources devoted to this limited production machine. After a bit of searching, Renault settled on Tom Walkinshaw Racing (TWR) in Britain to handle the necessary reengineering and production. The car retained the Gen 2 Clio three-door’s tidy two-box silhouette and retained the lesser Clio’s headlights, taillights and grille. However, the front and rear fascias were much lower than stock. Ditto the side skirts, which were also pushed farther out along with the fenders. The rear quarter panels on both sides featured substantial ducts for engine air, and engine exhaust exited the rear bumper through twin centralized tailpipes.

And there was a fair bit of exhaust coming out of those tailpipes, thanks to the naturally aspirated 3.0L V6 engine (driving the rear wheels through a 6-speed manual transaxle) residing where the back seat used to be. After some fiddling to give it more oomph than it had in contemporary large Renaults like the Laguna and Espace, peak power was listed as 227 horsepower and 221 lb.-ft of torque, which was sufficient to propel the car to 60 mph in 6.2 seconds. That wasn’t much faster than the peppiest front-engine, front-drive Clio, the 172 Cup, but then again, the 172 Cup weighed about 660 lbs. less than the V6. Of course, the V6 Renault Sport had a noticeably higher top speed (146 mph versus 138 mph) was a completely different animal in terms of handling response; in some hands, it was a ferocious animal that would bite the hands of its would-be trainers with substantial oversteer. 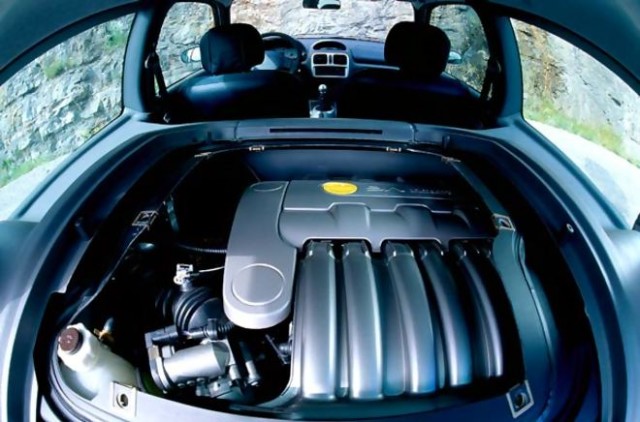 Thankfully, critics of the Clio V6’s driving dynamics didn’t have much time to make their jeers heard, for the 2003 model year saw the introduction of the Phase 2 model. In addition to incorporating the new taillights, headlights and grille of the facelifted standard Clio, the Phase 2 also featured a re-tuned suspension that tipped the balance more toward understeer and upgrades to the engine that boosted output to 252 horsepower. The 0-60 mph time dropped to 5.9 seconds and top speed rose to 153 mph. Lastly, production for the Phase 2 was moved to Renault Sport’s facility at Dieppe, France in a former Alpine plant.

While not even the Phase 2 was a serious threat to the likes of the Impreza WRX STi or Lancer Evolution in a hot lap contest, it was still, by most accounts, a (Parisian youth) riot to drive. The steering wheel would writhe and wriggle in your hands. The tail would step out if you goosed the loud pedal hard enough. And the V6, which was separated from your eardrums by just a removable flat plastic lid that comprised the majority of the now vast rear parcel shelf, filled the two-seat cabin (which came standard with all sorts of creature comforts like air conditioning, automatic headlights and windshield wipers and a 6-speaker stereo system with CD changer) with a satisfying burble at low revs, which got closer and closer to “demonic poodle” as the tach needle made its journey toward redline. No, the Clio V6 Renault Sport wasn’t designed to decimate the competition, nor was it designed to be a sensible daily driver (the tiny front trunk and colossal turning circle are testaments to that); rather, it was designed to put a smile on its driver’s face. Even Jeremy Clarkson, who is rarely regarded as easy-to-please with regard to cars, went on record as saying that if he could own any 10 cars in the world, one of those 10 would be a Clio V6. 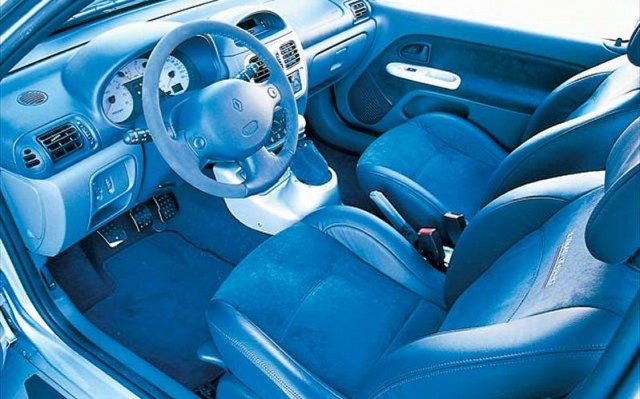 Of course, if any of us here in the USA wanted to put one in our garage, we couldn’t. Renault retreated from our market (please, have some restraint and hold the French surrender jokes) when it sold Jeep and whatever else was left of AMC to Chrysler in 1987, and hasn’t been back since. Nor is there any indication that the Reggie is even considering a comeback. Either way, the Clio V6 Renault Sport will remain out of reach. And that just blows, mon ami…