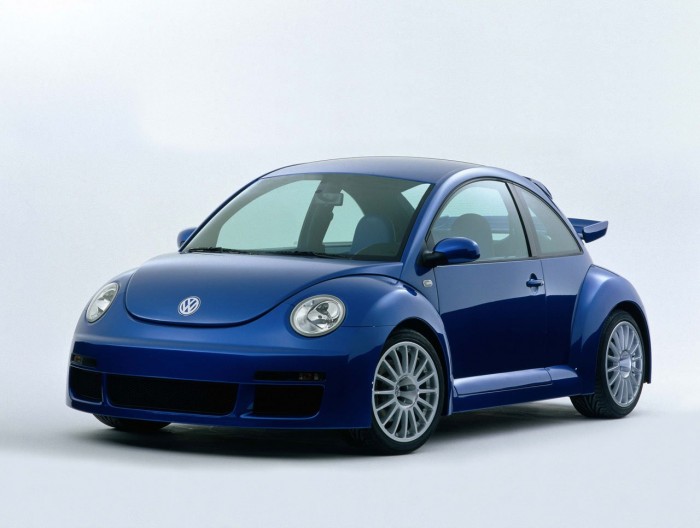 Few production automobiles made in the last quarter-century seem to inspire greater difference of opinion that the Volkswagen New Beetle. It is beloved by aged hippies and connoisseurs of all things cute while, concurrently, reviled by car geeks for baking nearly all the practicality out of the fourth-generation Golf on which it was based and launching a nearly-industry-wide retro design fad that birthed such cynicism-soaked turkeys as the Chrysler PT Cruiser and the most recent iteration of Ford Thunderbird. About the only aspect of the original front-engine Bug that isn’t up for debate is that, for a couple years around the turn of the century, it was a red-hot commodity.

There’s also a broad consensus that the New Beetle is most definitely not a performance car. Sure, VW tried to put some spunk in the trunk by offering it with the corporate turbocharged 1.8L inline-four (even going so far as to add a Turbo S version with an extra 30 horsepower, 6-speed manual transmission, stiffer suspension, bigger wheels and tires and a special, pseudo-Porsche front fascia), but very few buyers drank that particular flavor of Kool-Aid. But the force-fed four-pot New Beetles weren’t the ballsiest millennium Bugs made; no, that distinction goes to the rambunctious New Beetle RSi. 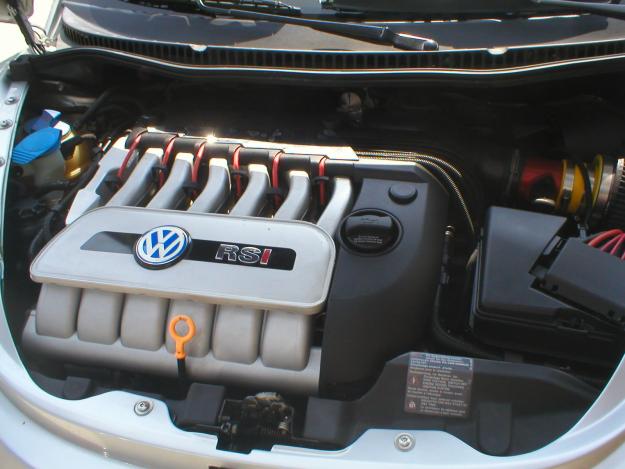 The great thing about the RSi was that it almost certainly wouldn’t have existed had it not been based on the same platform (known within VW as the A4, and not to be confused with the Audi A4) as the Mk. 4 Golf and Jetta, first-gen Audi TT, first-gen Audi A3, and a smattering of Seats and Skodas. As a result, engineers had no shortage of engine, drivetrain and chassis component choices available to them. In the end, Volkswagen selected a brand-new, bigger 3.2L version of the company’s famous ultra-narrow-angle V6 dubbed the VR6. Officially rated at 225 horsepower and 234 lb.-ft of torque, the engine was attached to a 6-speed manual transmission and VW’s 4motion all-wheel-drive system. Not exactly supercar-slayer material, but the resultant improvements in the areas of power, torque, throttle response and traction gave the New Beetle RSi a definite leg up on its four-cylinder, front drive brethren (Volkswagen claimed 0-62 mph took 6.4 seconds on the way to a 140 mph V-max.). 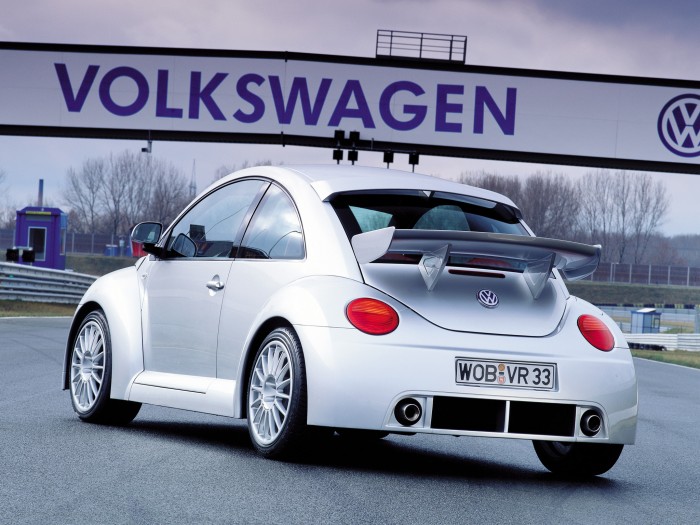 In addition to the extra bite from the AWD, fat Michelin Pilot tires stretched around 18” OZ Racing wheels and a stiff suspension tuned by Volkswagen Individual and featuring revised rear geometry gave the RSi even more stick in the turns. However, those fatter wheels and tires wouldn’t fit under the standard New Beetle’s skin, so VW took the opportunity to cloak this most nutso neo-Käfer in considerably more muscular bodywork. Low, wind-tunnel-honed front and rear fascias served as the bread on a sandwich that featured widened fenders front and rear, chromed dual outlets for the Remus exhaust system, a fixed spoiler atop the rear hatch (rather than the automatic pop-up piece fitted to Turbo and Turbo S models) and a substantial tea-tray/whale-tail wing at the base of the rear window. Suffice to say, the chick car stigma attached to lesser New Beetles was nowhere to be found. 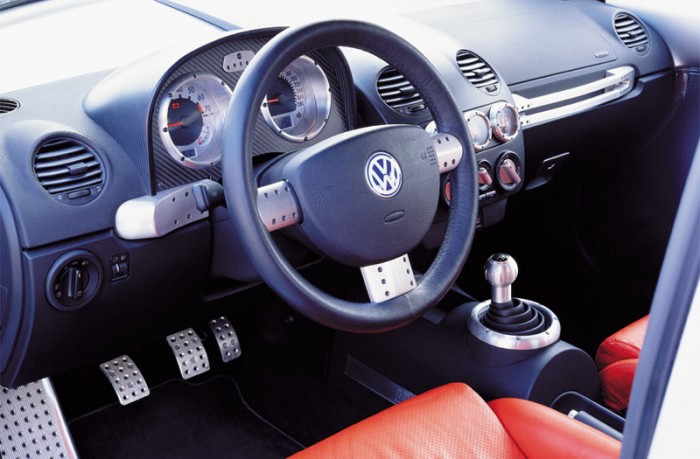 Machismo was the order of the day in the interior as well. The run-of-the-mill Bugs’ cheerful exterior-matched hues, power accessories and dash-mounted flower vase were voted off the island in favor of Recaro sport bucket seats coved in reddish-orange leather, scads of billet aluminum trim pieces, crank windows, a structural brace behind the rear seatbacks, a radio mounted in the headliner – its normal place on the center stack having been usurped by a trio of auxiliary gauges – and a reduction in the amount of carpeting and sound-deadening material.

And even if all of the above-mentioned changes and compromises made in the name of elevated performance weren’t enough to scare off the typical New Beetle buyer, the limited production run (Just 250 units were made between the 2001 and 2003 model years.) and most-certainly-not-limited price (A New Beetle RSi retailed for the equivalent of about $80,000 when new.) probably was. Of course, even the most speed-obsessed and cash-flush Dub dorks here in the U.S. had the choice made for them; the RSi was only ever officially sold in Europe. Yeah, the Mk. IV Golf R32 that did come to the U.S. a few years later was fundamentally the same car underneath, but there’s just something so right about that iconic insectoid profile blasting down the tarmac at brow-arching velocities. We blame Disney for that.