As the last decade of the 20th century dawned, Honda gave sports car fans a lot to smile about. It was at that time that the company introduced a nimble, mid-engine, two-seat turn-conqueror powered by a free-revving naturally-aspirated engine. Surely we speak of the NSX, right? Well, we could be, but in this case we’re actually describing that alloy landmark’s JDM-only baby brother. This is the story of the Honda Beat. 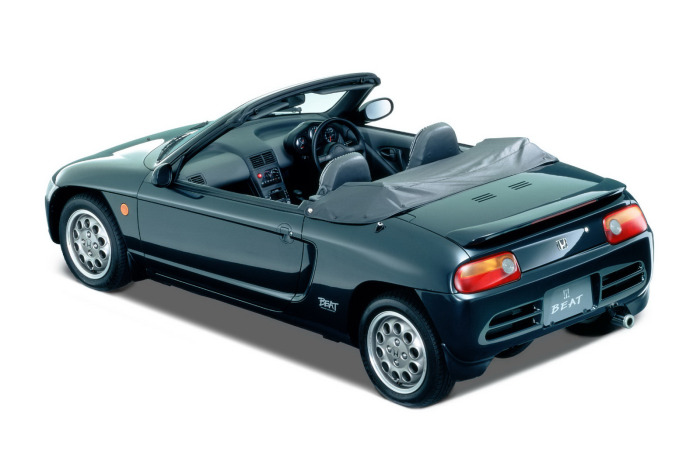 One of the Beat’s earliest milestones occurred in 1990; that was the year the Japanese government revised its specifications for kei jidosha orkei class automobiles. These sub-subcompact cars (which are easy to spot on their native roads due to their yellow – rather than the normal white – license plates) have historically entitled their owners to various financial and regulatory perks at the expense of strict limitations on exterior dimensions, curb weight, engine size and, more recently, engine output. The kei rules rewrite of 1990 saw maximum engine size upped to 660cc and, for the first time, maximum power capped at 64 PS, or 63 horsepower on the SAE scale. 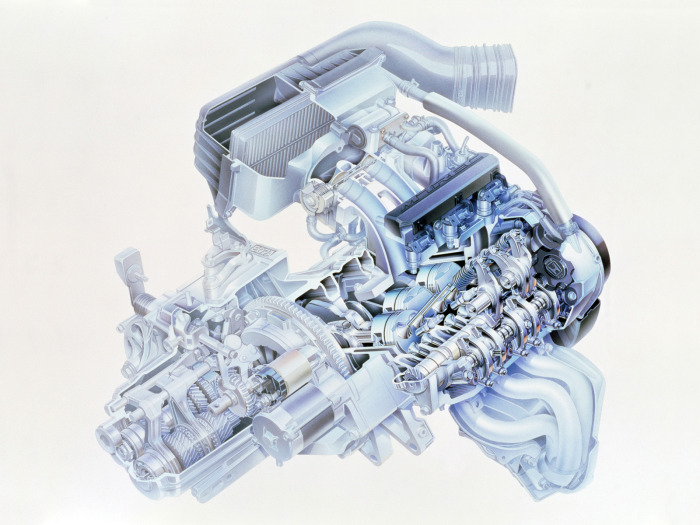 To reach that figure, most modern kei cars have relied on forced induction for their 660cc powerplants. The Beat, on the other hand, did not. Much the way its Ferrari-slayer sibling pioneered the use of VTEC, the Beat’s SOHC 12-valve 656cc triple(shown above as a cutaway drawing together with the gearbox) used something Honda called MTREC, short for Multi Throttle Responsive Engine Control. As the name implies, each of the three cylinders had its own throttlebody, while the ECU continuously adjusted the air-fuel ratio for each cylinder based on engine speed and other variables to ensure quick throttle response and smooth running. The maximum-allowed power figure was attained at a lofty 8,100 rpm, while the modest 44 lb.-ft of torque came along at 7,000 rpm. The lone transmission tasked with transmitting that poke to the rear tires was a 5-speed manual; no power-sapping, buzz-killing automatics for this sporting machine. 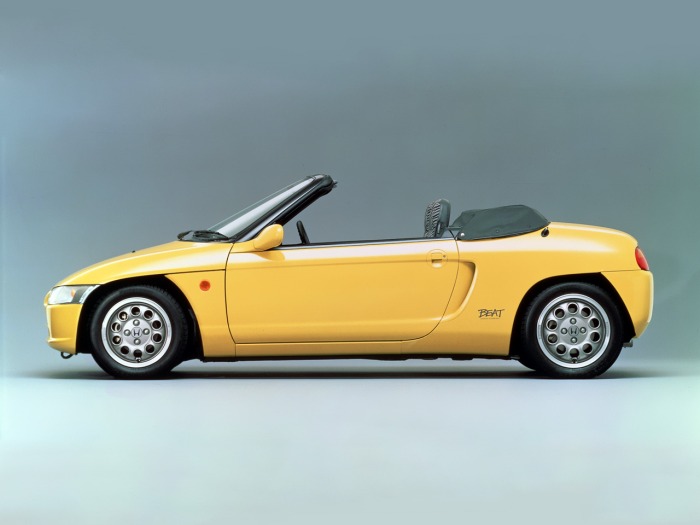 It certainly looked the part of a sporting machine. The crisp, contemporary shape (sketched up by none other than the fine folks at Pininfarina) pushed the wheels waaay out to the corners, and featured headlamps that wrapped all the way around to comprise part of the front wheel openings and side coves that stretched from the back of the front wheel openings all the way back to the engine air scoops on the quarter panels. When not raised, the fabric top stowed beneath an old school snap-on soft boot, and the shape and arrangement of cooling vents in the rear bumper aped those found on the front. It was a huge departure from Honda’s previous pygmy sports cars (the front-engine S500, S600 and S800 roadsters and coupes of the 1960s), and it does – in our humble opinion – have a couple angles from which it looks a tad awkward, but there’s little denying that it’s a captivating shape. 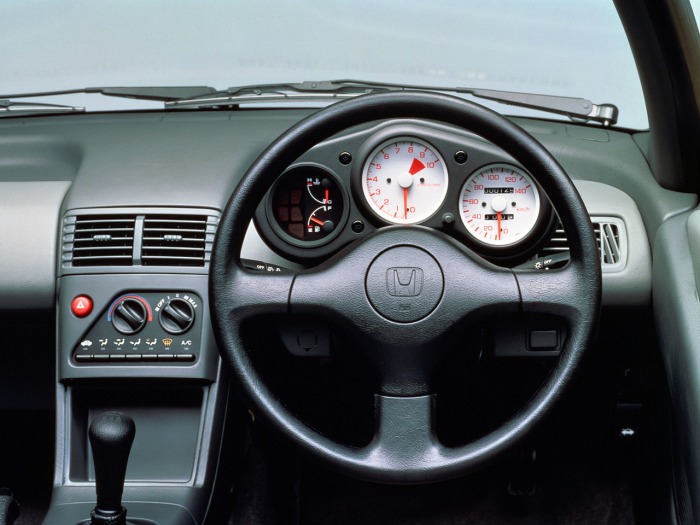 And to the surprise of pretty much no one, this tiny, flea-weight mid-engine roadster was a hoot to drive. Granted, it wouldn’t hand defeat to very many vehicles in a drag race, and its top speed was electronically limited to 84 mph (again per the kei car regs), but on a twisting touge or a road course where agility and momentum-maintainability were more important than raw power to fling you down long straightaways, the Beat (and its driver) could usually hold its head high. Honda’s marketing department bestowed upon the car the tagline “Midship Amusement,” a not-quite-Engrish phrase that was not only applied beneath the “BEAT” logotype on the rocker panels in sticker form, but also described its dynamics to a T. And because it’s one of the few naturally-aspirated performance-oriented kei cars, it’s got the snappy throttle response to go with the snappy handling. 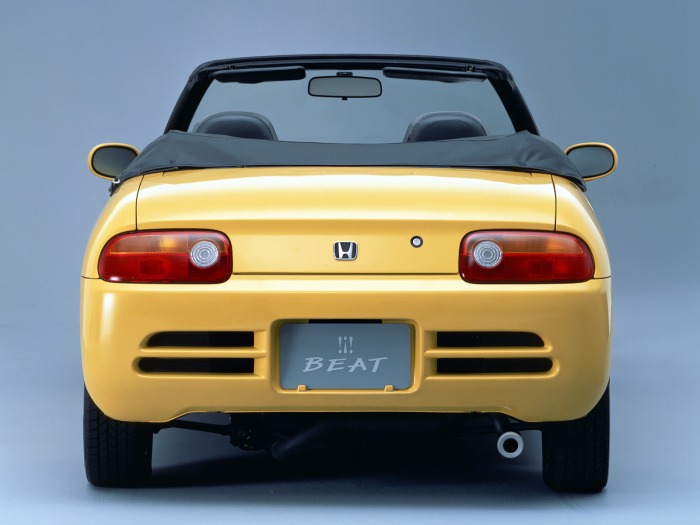 But there’s a greater, rather solemn significance to the Honda Beat than any of its numbers can convey: It was the last car that company founder Soichiro Honda personally approved of (albeit in a ceremonial role, since he had retired – at least in an official capacity – way back in 1973) and saw reach production. And just as the final new model that Enzo Ferrari had signed off on before he checked out in 1988 (the F40) encapsulated his style and what his company stood for, the Beat was emblematic of the way Mr. Honda and the empire he built liked to make machines: Small, reliable, economical and simple, yet at the same time crammed full of clever, f*ck-conventional-wisdom solutions to vexing design and engineering problems and, when all was said and done, fun to use.

Such a crying shame, then, that it was never officially offered outside Japan. Perhaps, with rumors persisting of a new sports car positioned somewhere between the Beat and the S2000 in terms of size, performance and price being just around the corner, Honda can finally send some of that magic to our side of the Pacific this time around. We’re pretty confident that’s what Soichiro would want…