The Fast and the Frugal – Introducing the Tommy Kaira Toyota Prius 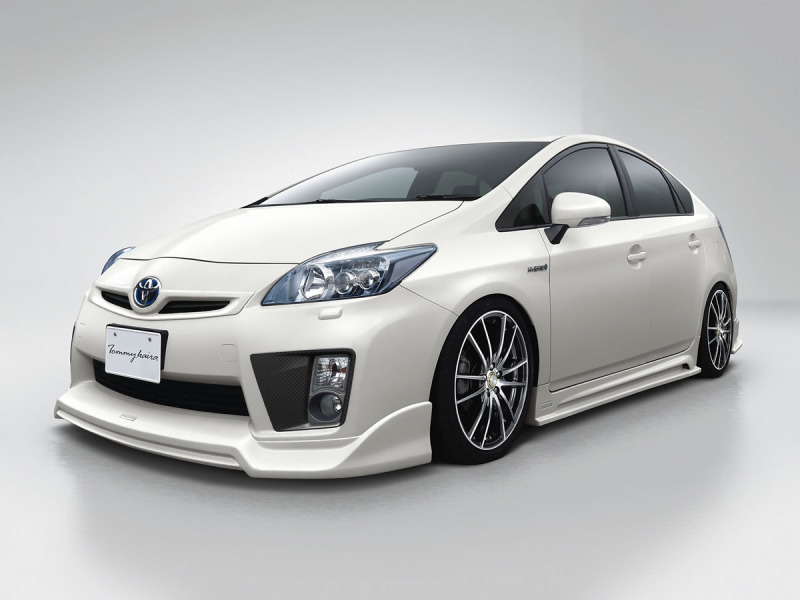 “Pimp my Prius” is pretty much a cliche by now but somehow it never seems to get old. And it seems the effort to transform this fuel-sipping suburban transport into a vehicle that looks like it should be competing in Formula Drift, won’t fizzle out either. Japanese tuning shop Tommy Kaira is the latest shop to take a crack at the 2010 Toyota Prius with the release of a new mod package. Admittedly, at first glance, I almost didn’t recognize the third-generation hybrid sitting beneath its new performance garb. 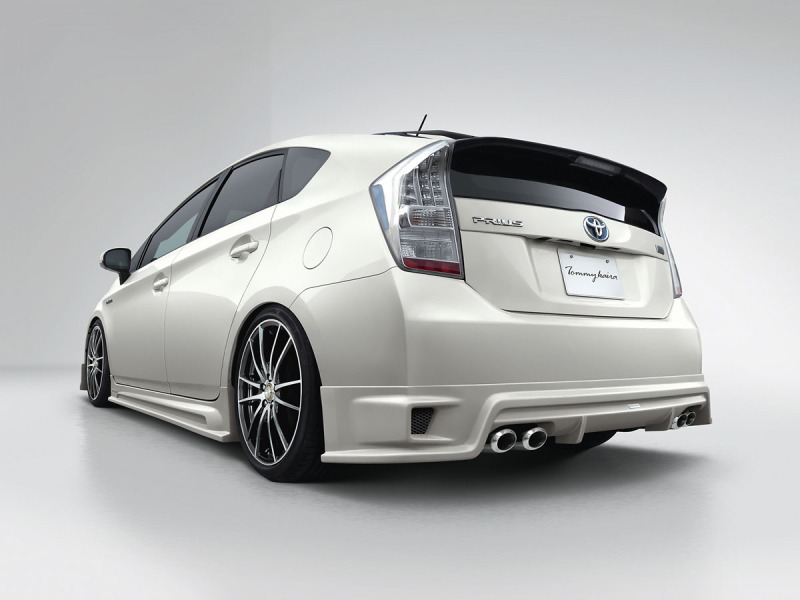 Thousands of hours of wind tunnel testing go out the window with the addition of a new front lip spoiler, air intakes, side sills, revised bumper and rear side fenders. The addition of some new vertical lights up front and a quad-pipe exhaust in back are a nice touch. The Tommy Kaira Prius also benefits from larger diameter wheels and a lowered ride height. 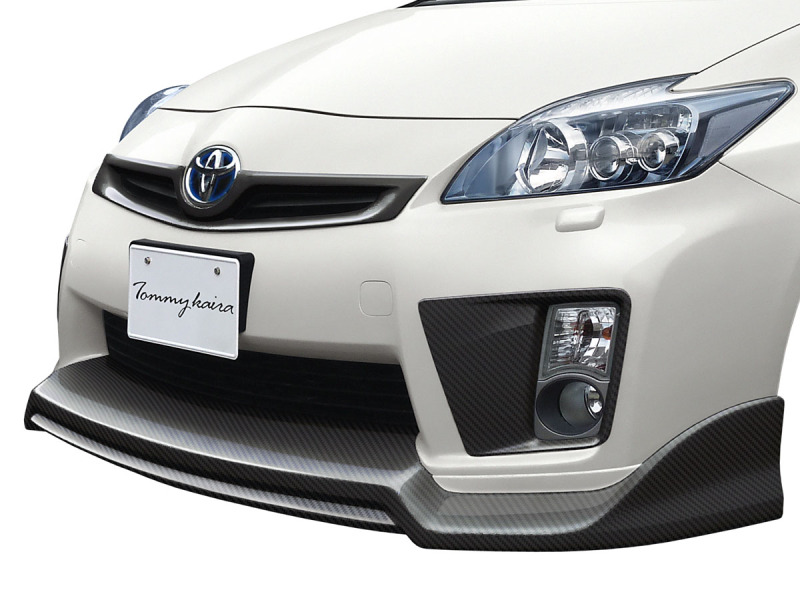 If I could forget about the fact that this is a low-performance, high-efficiency hybrid vehicle (which I can’t) then the Tommy Kaira body kit and customization package might be considered spot-on. In fact, if this setup was for a R34 Skyline I would say ‘bravo’. However, the sheer amount of cognitive dissonance experienced from driving a car that looks like it could smoke an Evo but can hardly keep up with a 1988 Astro Van would drive me crazy.

If you just want a really cool looking Prius, we say go for the Tommy Kaira modification package. We applaud the aesthetics and commend this company for being one of the early adopters of eco-tuning. But if you are practical (and you must be because you bought a Prius) then you realize that you won’t be able to get up to any speed where the aerodynamic mods will actually be able to assist you in any way. In fact, you will most likely decrease your fuel efficiency (more drag + more weight). And when you pull into your driveway and tear the front lip off your dropped Prius, you’ll be pissed. 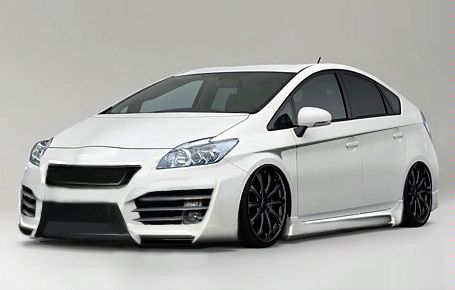 Our recommendation, if you have extra money you want to spend on your Toyota Prius, why don’t you pick up a photovoltaic kit that adds to your mileage instead of eating away at it. There will be a time when tuning and performance mods for hybrids follow along the lines of their petrol siblings but we just aren’t there yet…